When it comes to street ball, there’s a lot to prove every time you get on the court. Talent is a dime a dozen, so as a crew, you’ve got to bring something extra. Touch. Style. Intelligence. Speed. Street football demands more of you than the traditional game, and when it comes to L.A., the place is a breeding ground for some of the best in the game.

no fanfare, no publicity, just a night of the best to see who wins for bragging rights.

There, you’ll find world-class ballers with swag in spades, and a lot of this has to do with the diversity of L.A.’s neighborhoods. There’s the South Bay beach cats, the mid-city ground movers, and the Long Beach concrete royalty—each region with its own unique flair. So what would happen if you brought these players from the best street crews, put them on the same court and have them duke it out? We wanted to find out. Thus was born Baller Select, an underground invitational hosted by UrbanFutsal LA.

On a warm, SoCal Saturday night, four elite street crews met at a warehouse in downtown L.A. The event was hosted at The Base LA but missing were throngs of fans because the affair wasn’t publicized. In fact, it was closed to the public to ensure the focus of the evening would be street ball, and street ball only. The format was 5v5, each team would play five games in 8-minute halves, and the winner determined by a point system based on wins and losses. The prize included a fresh pair of Adidas indoor shoes, custom Adidas bags, and a $50 Niky’s Sports gift certificate, but more importantly, the chance for teams to prove themselves against the fiercest of competition.

“I handpicked top teams who have all won or finished very high in the past 4 or 5 high-profile tournaments in Los Angeles: Red Bull Neymar Jr’s Five, Nike, LAFC Supporters Cup, etc.,” said John Lee, founder of UrbanFutsal LA and the brains behind the event. “Normally, in tournaments, a lot of teams enter and it’s usually towards the end or just in the finals when the elite teams face each other. I thought it would be awesome if the top ballers in L.A. had a chance to compete against the best of the best—no fanfare, no publicity, just a night with the best crews to see who wins for bragging rights.”

The first game pitted two favorites, TC Broders and Brazuca Ballers, for an intense match right off the bat. TC Broders recently beat Brazuca Ballers in the Goals Tournament, a few months after also taking the U.S. Neymar Jr’s Five title. There’s a clear physical difference between the teams, too—the Brazuca Ballers tower over the Broders, who are on average a half-foot shorter and 20 pounds lighter than the likes of Miguel Sanchez (aka ‘Monster’), Thiago Lusardi, Fabricio Beer, and Guilherme Andrade. Like David and Goliath, the TC Broders faced a crew of giants, but they had a tactical strategy that has proved incredibly effective.

“We’re a pretty defensive team. That’s our main objective, to keep everyone behind the ball, to defend well,” said Christian Gonzalez, one of four Gonzalez brothers who make up the Broders. The Broders’ disciplined, one-touch play is fascinating to watch against Brazuca’s Brazilian style of extremely physical jostling, heavy ball handling, and powerful shots on goal. “It helps 100% they know each other very well and that makes a huge difference in the game,” said Brazuca captain Tiago Saint Clair, who was born and raised playing Brazilian street ball. “Brazuca played more physical and individual, TC Broders worked more as a team,” he observed. Their first game ended in a 0-0 draw, but the two crews would have a chance to battle again.

The next match-up featured two of the youngest teams, Calle661 versus HB Futsal. Both are captained by football entrepreneurs and coaches Fredo Sainz and Gilbert Bita, respectively. Before the game, Bita explained his philosophy behind the ideal crew, which is not only finding the most skillful players, but finding the right combination of individuals who, above all, take pleasure in simply playing. “They’re players that play to enjoy the game,” the Kenyan native said about his teammates, who he recruited at the Next Level Sports Complex in Garden Grove. “For me, the more I enjoy the game, the better I play. And that’s what I teach my players. Gotta have fun, that’s the easiest way to get comfortable and utilize your skills.”

If you look at players like Messi, Neymar, Pele, they all came from the streets, they came from nothing.

Among his picks were Pedro Mendoza, 25, who like a lot of exceptionally talented players started balling just as soon as he could walk, and developed his game outside the traditional U.S. pay-to-play model. “My parents didn’t have a lot of money. In the Sunday leagues, you have more kids with a passion to play who live and sleep soccer,” he said, referring to the free league he grew up playing in before he was recruited to the North Huntington Beach club. Mendoza credits his humble upbringing and street soccer for his skill development.

“If you look at players like Messi, Neymar, Pele, they all came from the streets, they came from nothing,” he said. His plan facing the tournament competition? “A huge part of small-sided is knowing your role on the field,” he said. “When it comes down to it, it’s about who’s going to take control of the game. We’re going in as underdogs, other teams have played together longer, but that doesn’t mean anything.” HB beat Calle661 1-0 in their first match with a goal from Josue Arango.

Calle661’s youth, with an average team age under 21 (except for Sainz), showed throughout the tournament. But the passion project of the Bolivian captain is just beginning. “We haven’t been together like a lot of these teams, but I think we’ll compete for sure,” he said. Sainz’s resume spans professional play in futsal, street soccer, and Bolivian pro leagues. He also runs his own academy, and believes the difference between American soccer and the rest of the world is how training is approached. In the U.S., the attitude is “we have to go to practice,” versus in other countries, the attitude is “we get to play.” When it comes to his international crew who hail from Colombia, Mexico, and El Salvador, he implements the same ethos he believes will lead to success. “We like to stick together, we understand the game, and we’re all very explosive,” he said. “The second the ball is at my feet, I feel more relaxed, and I feel the adrenaline.”

HB next faced Brazuca Ballers, whose captains know each other well on and off the pitch. But all friendships are off when the game is on, and the two teams fought hard, ending in a 0-0 draw their first match, and 1-0 Brazuca win in the second.

Meanwhile, TC Broders continued to employ their impenetrable strategy that showed their patience and smarts—unlike other crews, they calmly moved the ball side to side across their defensive third, never forcing the play, drawing fouls, and waiting for the perfect time to attack. “We always try to play a diamond. When we have the ball, we’ll look for the space,” Christian explained. “I play more at the top of the diamond, but that is the most defensive spot, and when I get the ball, I play the wings.” Christian added that it was his oldest brother, Salvador, to come up with this approach. In fact, each brother has a specific role on the team. “Charlie scores most of the goals, I usually know where he’s going to be, and Jose, too,” he said of his two younger brothers. “Jose keeps the tempo of the game, and gives us a rhythm.”

In their second round with Brazuca, the Broders won 2-0, thanks also in large part to their beast of a goalkeeper, Steven Barrera, who plays for Buena Park FC and Cal State L.A.

The four brothers were joined by their father, Jose, and sister, Ana, who supported from the sidelines. Originally from Jalisco, Mexico, Jose moved to Lancaster, CA, where he and his wife raised six children, all growing up playing soccer in the house. “They played outside, inside, on the streets. Salvador is the trainer and he supports them,” he said. But the most important thing Jose told his kids growing up? “To always play together and ask God for his support. They’re united no matter what. They’re not into the money, they’re about playing well and being united,” he said. The kids have now played competitively in club, college, street, and now indoor for the Ontario Fury.

In the end, TC Broders went undefeated and put another notch in their belt, with Brazuca Ballers coming in second. With an incredible chemistry built over decades, the Broders are on a sweep this year of the major U.S. street football tournaments, which begs the question: Can anyone beat the Broders brothers? We’ll have to wait and see in the next edition of Baller Select. 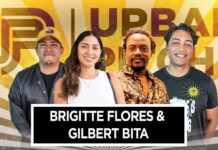 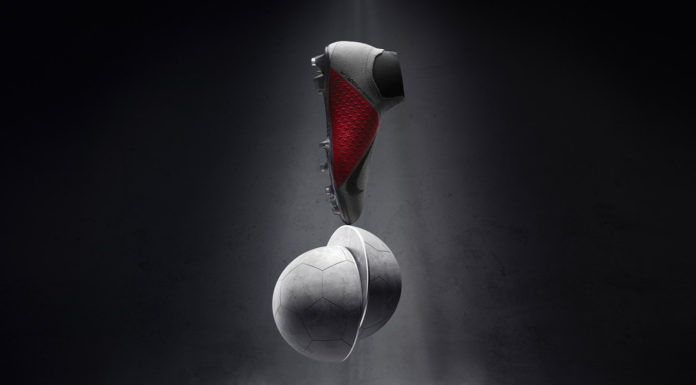