The life of a football manager is not an easy one — whether real or fictional. Inspired by the recent struggles of Premier League gaffers Unai Emery and Ole Gunnar Solskjaer, we compiled a list of soccer movie managers that’d make formidable (or horrendous) replacements in any league that’d hire them.

Growing up, I played soccer representing the area around my elementary school, and my dad and his best friend were the coaches. Of course, neither knew what they were doing, leading to many downright laughable moments — so many that I might pen a script for Kicking & Screaming 2 some day. Because only Will Ferrell could pull some of that stuff off.

Anyways, reminiscing about my playing days got me thinking about fictional soccer-focused films and the brave souls who took on managerial roles in them. While the list of soccer movies in cinema history is ostensibly short, especially compared to other major sports, let’s take a look at some of the most memorable (for better and worse) soccer movie managers of all time.

Let’s just get the most notable fictional manager out of the way first. Will Ferrell’s performance as Phil Weston in Kicking & Screaming is masterful. Released in 2005, the comedy follows Weston’s transformation from sympathetic dad to a tiger suit-wearing megalomaniac, all in the name of defeating his father Buck’s (Robert Duvall) youth team.

Now, how should we rate Weston’s performance as manager? On the one hand, he completely changed who he was in the pursuit of victory and killed team morale heading into the playoffs. Not to mention, he needed to recruit two Italian ringers and get help from NFL legend Mike Ditka to whip the team into shape. But, Weston does get credit for recognizing the error of his ways and adapting to the situation without Ditka in the finals against his father.

Weston may not be the best fictional manager out there, but he’s a solid choice. Perhaps he’s terrible at man management, but he’ll easily adapt to the game and won’t let his ego get in the way of managing (at least not again).

Another youth soccer coach in a comedy, Rodney Dangerfield’s performance as Chester Lee in the 1992 dud Ladybugs is…troubling to say the least. Lee is forced to coach his company’s all-girls soccer team, and must win the league in order to get a promotion and move up the corporate ladder.

A ludicrous proposition, Dangerfield employs his fiance’s son as a roster addition because the girls aren’t good enough. That’s right folks, the moral of the film is cheaters do end up prospering, and that girls need the help of boys to win. No doubt this film inspired several U.S. women’s national team stars en route to World Cup glory.

Lee is definitely last on our list of fictional managers. He has no morals and will stoop to any level to win.

Switching gears slightly to the romantic comedy genre, let’s talk about Joe from the 2002 British classic Bend It Like Beckham. If you’ve been under a rock for the past 20 years, the film follows the journey of Jess (Parminder Nagra), a girl in a conservative Punjabi Sikh family in London, who develops a passion and skill for the beautiful game despite the disapproval of her parents.

Joe, played by Jonathan Rhys Meyers, is the manager of the women’s association team Jess joins. He gets credit for encouraging Jess to live her own life, follow her passion for the sport, and even helps her deal with racism after a match at one point. But he does have a problematic side, developing a relationship with Jess, causing some jealousy amongst her best friend Jules (Keira Knightley), who in true rom com fashion also has a crush on Joe.

When it comes down to it, Joe is a player’s manager, for better or worse. He’s got some solid motivational skills, but, like Weston, when it comes to handling team morale, he’s got some work to do.

There is no other movie in the soccer film canon quite like Stephen Chow’s 2001 cult classic Shaolin Soccer. In it, ‘Mighty Steel Leg’ Sing, a Shaolin kung fu monk, wants to promote the martial art through soccer and enlists his former Shaolin brothers to form a team. ‘Golden Leg’ Fung, played by Man-Tat Ng, manages soccer’s version of the Harlem Globetrotters.

Fung, a legendary Hong Kong soccer star from back in the day, ends up being the perfect choice as manager. He’s walked with a limp since one of his teammates betrayed him in a match, and the Shaolin team ends up playing that same teammate’s club in the film’s climactic showdown. Fung’s a seasoned veteran who had a long playing career, which translates to his manager role well. He is key to training the Shaolin team and preparing them for the rigors of playing, and amongst the list of all time soccer movie managers, he’s hands down the best. If he can handle incredibly powerful kung fu masters, we’re pretty sure a cold, rainy night in Stoke will be no challenge. 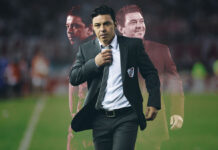 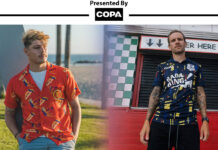 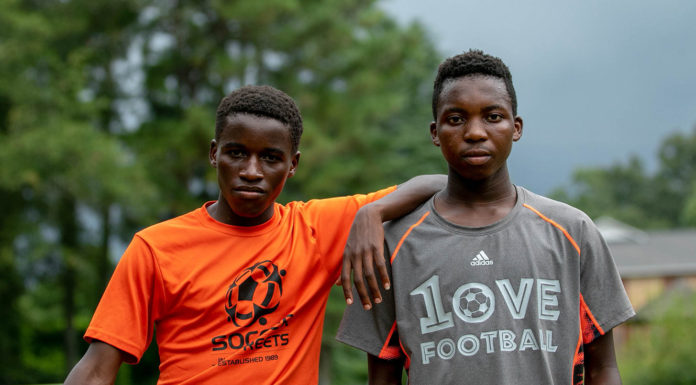