Despite soccer’s worldwide popularity and Hollywood’s love for sports stories, there is an alarming scarcity of soccer movies worth watching. But that didn’t stop us from putting together a lineup of the greatest (fictional) soccer players to grace the big screen.

We used a conventional 4-4-2 formation with fictional players (it wouldn’t be fair to include the likes of Pele or Zidane) to create the ultimate mash-up team. Check out our dream movie starting lineup here!

If ever there were a movie more true to life than, well, life, that compelling masterpiece would be 2005 laugher Kicking and Screaming. Real-life soccer fan and now football club owner Will Ferrell plays that coach with absolutely no chill. Needless to say his antics are crazy and hilarious (picture the comedian in a tiger-striped jumpsuit). We’re here to have FUN! Right kids? FUN!!!

Imagine only one thing stands between the forces of freedom and that of Nazi Germany—one bada$$ goalkeeper. Those are the stakes Captain Robert Hatch faces, played by the cotton-mouth mutant himself, Sylvester Stallone. Hatch is a brash American in a German POW camp during World War II who finds himself in the football match of his life.

At first, the hero is clearly not up to speed compared to his European peers and is left off the POW roster who are slated to take on the German National Team in a propaganda exhibition match set up by the Nazi regime. However, just like any true American, Hatch doesn’t give up and with persistence and hard work comes through when he’s needed most. When faced with the German version of Cristiano Ronaldo, Hatch digs deep and saves one for the team and for the forces of good. The other guy didn’t stand a chance against Rambo.

While there were other goalies to choose from, whenever you have a list with Stallone on it, there’s no way you don’t pick Stallone. It’s like a law of physics.

McGowan might’ve been on Newcastle United’s reserves in Goal!, but that doesn’t change the fact that he’s a mean son of a gun. If there’s one quality you want in a defender, it’s got to be toughness, and McGowan is as hard as they come.

Whether it’s crushing his teammate’s inhalers or slide-tackling the crap out of a trash-talking Man U player, McGowan exhibits the ruthless qualities any manager would want out of a defender.

The mighty Iron Head has, as his name suggests, insane header capabilities. A heading specialist, what Iron Head lacks in grit he makes up for in transcendent skill. Could you imagine him playing defense on a corner kick? While his brother Iron Shirt would complement Iron Head nicely, it would not be fair to include more than one Shaolin Kung Fu master on the defensive squad, so we’re going with Iron Head to combat all those airballs in the defensive third.

Unfortunately it’s against our self-imposed rules to include real-life footballer Vinnie Jones, who plays Tommy in Mean Machine, in the lineup so we recruited his two ex-con co-stars instead. Meehan’s prison squad mates Trojan and Ketch add grit and character to the defensive unit: Trojan is toughness personified with solid ball skills and experience as an attacking player; Ketch is a walking tank who can dish out punishment when needed. The two make for a solid and fearsome defensive unit.

Jess Bharma and Jules Paxton in Bend It Like Beckham (2002)

These two ballers personify the DGAF attitude every great footballer possesses, and together bring a much-needed chemistry to the midfield. Although they both play attacking positions in Bend It Like Beckham, their ball skill, speed, and passing abilities more than qualify them as solid halfbacks.

In addition to their skills, both Bharma and Paxton bring a sense of resilience to the table. Neither cares what anyone has to say about them, and both defy expectations set before them by their respective parents. Their love for the game trumps all, giving them that intangible passion for the game that’s impossible to teach.

Massimo and Gian Pero in Kicking and Screaming (2005)

These Italian brothers add flair and a bit of joga bonito to our ultimate lineup. They have a feel for the game, which is why the “get the ball to the Italians” game plan is flawless. The two brothers give our team the upper hand over any roster, real or fictional.

Every team needs a striker who’s a bit unpredictable, petulant, and, ultimately, brilliant. That’s why Tato, played by the gifted Gael García Bernal, makes our attacking starting lineup. When Tato and his brother Beto are discovered in their small village by a football recruiter, the banana plantation workers are introduced to the big city and the big game. With Tato’s endless antics and spirited personality, he’s the kind of forward who can produce magic on the field … then disappear in a karaoke nightclub all night long. Gotta love those forwards.

Sure, the soccer in Shaolin Soccer is absolutely ridiculous, but it is impossible to ignore the uncanny striking ability from Steel Leg. Who wouldn’t want Steel Leg behind the ball for a penalty kick with the game on the line?

As mentioned earlier, any more than one Shaolin Kung Fu master at one position would be completely unfair (having two on a team is borderline unfair but we’re trying to win ball games here). Steel Leg’s Kung Fu skills and mentality are a welcome addition to our all-star roster.

The phenomenal rise of Santiago Munez, the hardworking son of a gardener in a working-class neighborhood in Los Angeles who becomes a Premier League star, is a story for the ages, and one that echoes real-life rags-to-riches stories like those of Alexis Sanchez and Cristiano Ronaldo. While the movie itself is a bit cheesy and rife with cliches, it’s still inspiring to see Santiago go from rec leagues to the big leagues, trying out for Newcastle United by way of luck and a lot of talent. Santiago is a rare mix of raw talent with quick learning abilities and zero ego. He’s the ultimate team player and willing to do whatever it takes for his team to win (including changing positions from midfielder to forward). Even better is his ability to make those around him better people and players, as he did with playboy-teammate Gavin Harris.

Which brings us to the bench. The reserve serves as the backbone of every team. A group that is ready to go at a moment’s notice and play their hearts out. Our reserve is so gargantuan we only need one player (well, technically two mini people). Ambrose and Byong-Sun make the lineup simply for intimidation purposes—what they lack in ball handling, hand-eye coordination, and ability to do anything remotely related to football, they make up for in sheer force and finesse. The two create a deadly combination. And by deadly we mean … well, we’ll leave that up to interpretation.

There are footballers, and then there are football hooligans, diehard loyalists willing to do just about anything for their club—and knock down anyone who opposes them. That’s where Bex comes in, played by a terrifying Gary Oldman, in this British made-for-TV masterpiece by Alan Clarke. Bex, or Bexy, is as nasty as they come and not at all above doing the dirty work in the name of his football firm. Hey, football can be an ugly business, but if someone’s gotta do it, Bex is the man. 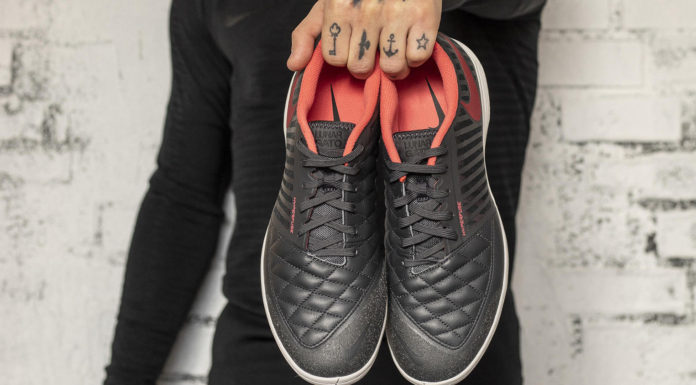