Going into 2016, the street team with the most hype is, without a doubt, the Brazuca Ballers. If you follow the L.A. street soccer scene at all, unless you’ve been living under a rock, you know that the crew recently won both the Nike Winner Stays Tournament in Long Beach, and the 2015 Copa Urbana Invitational, co-sponsored by LAFC and UrbanFutsal LA.

Tiago St. Clair recounted his conversation with teammates days prior to the Nike tournament. He asked them, “Do you want to look good or do you want to win?” The crew decided their primary focus was to take home the trophy, and doing tricks for the crowd would be secondary. The strategy worked as Brazuca remained the last crew standing in a crowded field of L.A.’s best street teams. With this, Brazuca laid claim as the top street football crew in the city, and with zero subs no less.

To further their place as L.A.’s top dogs, the team swept all their games en route to clinching the victory in the premier division of the Copa Urbana Invitational. What made their 4-2 championship victory even more unbelievable was the fact that they played with a man down, the entire game, due to a controversial red card in the prior match.

The Brazuca Ballers simply appear to be on a different level at the moment, and is stacked with players with professional experience, including Claudinho and Miguel Sanchez. As the crew’s name indicates (though the team is not 100% from any one country), there is a heavy Brazilian imprint on the group, which goes back to our theory that there’s something about Brazilian football that fosters incredible creativity.

If the flurry of soccer events from the past year are any indicator, we will continue to see a lot more street football tournaments being organized in 2016. There’s no doubt Brazuca Ballers will be in the middle of the mix and undoubtedly make their mark on and off the field. They’ve made a convincing claim as the de facto team to beat. The question is, will they continue to dominate in their reign, or will one of L.A.’s many hungry teams challenge them for the crown? 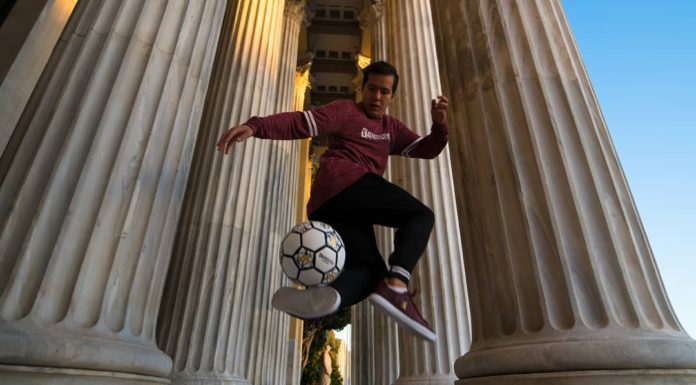