This past Sunday, some of the best in youth football faced off at the The Base LA for Adidas’ #FirstNeverFollows 5v5 Invitational. In Los Angeles, one can often find the highest levels of football competition in the nation, and the invite-only event brought out the cream of the crop with players handpicked by tournament organizers.

The fierce futsal contest featured eight teams of players 16 to 19 years old, vying for top honors and the first-place prize: A VIP L.A. Galaxy experience (including a limo ride to the game and use of Adidas’ corporate suite), official team jerseys, a choice of Adidas’ latest $300 Ace, X, or Messi cleats, and bragging rights to last for at least the summer.

It’s a different strategy, you gotta be quicker, shoot from far, take every chance you have.

Each team played three 15-minute games in the qualifying round, priming many of the ballers for the demanding and fast-paced nature of five-a-side. “It was hard, it’s faster and we weren’t used to it,” said Ricky Guerra of CVSC, whose Tier 1 club brought out two squads from Crescenta Valley. The talent pool was chock-full of high-level club players adjusting to the speed of futsal. “It’s a different strategy, you gotta be quicker, shoot from far, take every chance you have,” said Eduardo Casillas, a high schooler from El Segundo whose crew The Riot Squad plays together on South Bay club team, The Strikers.

In addition to the South Bay, ballers came from across the Greater Los Angeles area to test their skills among the best—from the Valley to Hollywood to Santa Monica. “I think there’s a lot of young, skillful, well-rounded players here in L.A., because they play a lot on the street and 11-a-side,” said Edson Orellana, Social Media Director at Niky’s Sports, who helped scout some of the talent.

After a full day of play, four teams headed to the semifinals: Joga Bonito, Saxons, LAUFA-Black, and The Riot Squad. Joga Bonito were among the favorites to win from the start, hitting the pitch with a lethal lineup put together by team captain Ben Green. “We’re from all over the place,” said Green, who was invited by Adidas reps to play after being spotted in a previous tournament. “I just sent out a text message to the best players I knew to form the team.” The crew dominated their first two qualifiers before tying with another tournament powerhouse, the Saxons.

We’re all friends out here, so it’s good to have fun with your friends, to have each other’s backs, and when we mess up we get back on the ball and we win it and we try to make opportunities like that—play by play.

The Saxons, who have known each other since childhood and now play together at North High School and club Beach FC, displayed a deftness of touch and decision-making that distinguished themselves from the rest. Saxons forward Joseph Alcala pulled off two hat tricks in back-to-back games, and several of the crew practice their small-sided game at Hawthorne Memorial Park’s futsal courts. But beneath the street football flair, the team went in with a simple strategy: play simple, work hard, and have each other’s backs. “We’re all friends out here, so it’s good to have fun with your friends, to have each other’s backs, and when we mess up we get back on the ball and we win it and we try to make opportunities like that—play by play,” said Saxons’ Arvine Esteva.

After their tie with the Saxons in qualifiers, Joga Bonito faced off with The Riot Squad in the first semis. The Riot Squad was among the youngest at the tournament, and team captain Jesse Lopez explained how his crew relied on close team dynamics going into the match. “We really know how each other plays,” Lopez said. “And all of us know how to defend.” After a strong showing, The Riot Squad’s run ended at Joga Bonito, who worked through any initial hiccups to become the team to beat. “We were a little slow [at the beginning], but we got used to the pace of the game,” said Joga captain Ben Green. “We started moving quicker. Pass and move.”

The second semis featured Paramount’s undefeated LAUFA-Black versus the Saxons. After a determined 15-minute match, the scoreboard remained tied at 1-1, and the two crews headed into not one, but two golden goal OTs. With both teams defending hard, the OT period came to a close and went to penalties, where the Saxons managed to pull out the win after a miss from LAUFA.

With The Riot Squad and LAUFA-Black now knocked out, the finals headed for a gripping rematch between Joga Bonito and the Saxons. Having drawn out in the qualifiers, it was anyone’s game, but the Saxons would only have 6 minutes to recover from their semifinal match. Regardless, the Saxons attacked the court with energy, taking the lead at the 7-minute mark with a speedy breakaway by Alcala. Like seasoned pros, Joga Bonito kept their composure and within minutes tied it up with a long-range shot from Jonah Tipp. The game then went into sudden death OT, where Joga co-captain William Van Zandt finished a corner shot off a cross and sealed the team’s victory.

“I think the key was our team’s chemistry and ability to communicate and willingness to work hard for each other,” said Green. “Having that along with our technical ability to move the ball quickly and beat players at speed is what pushed us to get the win.”

I think the game has evolved from being this rigid, traditional one, and now it’s a lifestyle.

“These are really, really solid players, a really good representation of L.A.,” said Adidas rep Cairo Salvatierra, who was instrumental in bringing out players and producing the event. “I think the game has evolved from being this rigid, traditional one, and now it’s a lifestyle … From a personal standpoint, I’ve gotten to know a lot of these kids and see them get really excited,” he elaborated, referring to Adidas’ increased engagement with street football and The Base LA, which offers free play to ballers all summer long. “If I had something like this when I was coming up, I’d be all over it.” 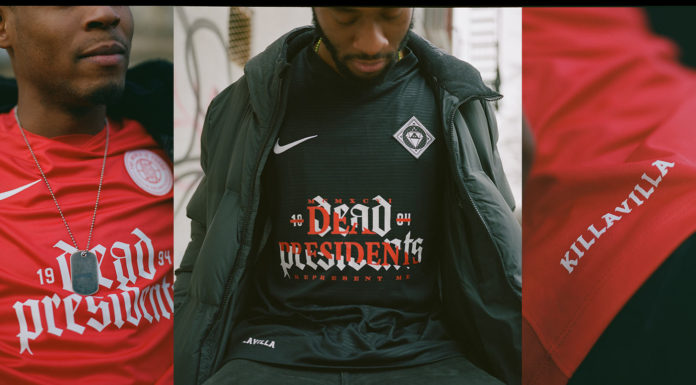 Urban Picks: How Fresno FC’s Christian Chaney Was Destined to Be a Hometown Hero