For anyone in the small but quickly growing community of freestyle, Super Ball is universally known as the penultimate competition, an annual event every serious and aspiring freestyler prepares for tirelessly throughout the year. Over 8 days and 9 events, Super Ball is also an open competition, which allows amateurs to battle besides pros, a brilliant concept that is right in line with the open spirit of the freestyle scene. It’s an occasion that prompts hundreds of freestylers from all over the world (some 45 countries) to commune, meet their online heroes, and test themselves against the world’s best. It’s also a time for the young and the talented to get away from home and, to put it simply, party hard.

Being on stage with that high caliber of talent is an experience in its own.

Hosted in the small town of Liberec, Czech Republic, Super Ball’s median freestyler age barely hits the U.S. drinking limit. It’s like summer camp for super humans where Wonder Woman, the Wolverine, and the cast of The Avengers get to finally be in one place—eating, drinking, and freestyling day in and day out.

A typical day at Super Ball might include a generously late-morning wake-up call in your hotel, where you and the other 349 Super Ball participants are staying. If you’re one of the 11 female freestylers in the competition, you’d wake up in the nearby hostel, which sounds like a downgrade, but because you’re a freestyler, you make the best of it and it’s actually pretty fun, tbh.

After packing your gear and making sure your trusty ball is on point, you take a trip to the local pizzeria, get a slice with as many vegetables as possible, then head off to Sportpark for the qualifiers. There you join other attendees who have woken up on time and lounge on the the grassy lawn to watch the day’s first competition.

The qualifiers are a difficult beast, starting off with a 4-way men’s battle. A panoply of talent including the always solid KSKRITA crew from Mexico, the powerhouse Norwegians, the unassuming Russian virtuosos, and the mad Japanese geniuses, throw down alongside virtual unknowns. It’s the first stage where many of the amateurs are knocked out, getting the creme closer to the cream, but not for nothing.

“Whether or not you think you’ll do well, it’s more about the experience more than anything. Being on stage with that high caliber of talent is an experience in its own,” said Caitlyn Schrepfer, a female pro from the U.S. who competed in her second Super Ball competition this year.

Following the 4-way qualifiers, the sudden-death battles begin for the top 32, and it is a crazy, insane, unbelievable sight to behold. PWG v. Marvin, Ricardinho v. Maarten van Luit, Alekseev v. Bokya, and the most shocking upset of the event, and perhaps in freestyle this year, was the early exit of 4-time and current reigning Super Ball champ Andrew Henderson.

The early defeat had viewers stunned, and after the competition, Henderson would confide he wasn’t on his best game, thinking more about the long-term strategy and saving his hardest tricks for later rounds. His cautious performance, combined with a few ball drops, opened the door for a fresh and ambitious newbie to advance.

Erlend was once again an all-around standout, sweeping the men’s main event, the Show Flow competition, and the Doubles Routine with brother Brynjar. Last year’s doubles champions Yoshihito Yosshi Yamamoto and Yuji Yu-J Morishima showed up with a characteristic out-of-the-box performance to take third, with other strong performances from John Gonzalez (Mexico), Anton Pavlinoff (Russia), and Kalina Matysiak (Poland), who took first in the female main event. And that doesn’t even include the Sick 3, Max1, and Rookie Battles.

Now, time for more pizza (food options are somewhat limited), then off to the gym, which is open 9 p.m. to 4 a.m. every night for practice. Freestylers are of the breed of intensely focused athletes who train daily for 3, 4, 5, even 8 hours a day. After a day of watching the competition, you can put in a few solid hours of work before hitting the sack or going for more drinks. There is, of course, drinks every night, because even though Liberec isn’t exactly your late-night metropolis, where there are freestylers, there will be party. Who needs sleep? Not us. It’s a rare and wonderful time for everyone to see their peers perform up close, some who are notoriously shy, like the highly respected Akim Kovalev of Russia, whose skills alone speak volumes to the international freestyle community.

“Meeting freestylers who you might have only seen in videos, it’s like meeting a celebrity,” said Schrepfer, who to many is a celebrity in her own right with a hefty online following and a sponsorship from freestyle brand SWRL.

In the end, after nights of partying and days of intense competition, (oh, and one count of a Super Ball judge disappearing into the woods to elude police after drinking too much and slapping a complete stranger whom he thought was a friend), Erlend Fagerli defeated his countryman Tobias Becs, and was graced with the Super Ball tradition of being swarmed by a crowd of thrilled freestylers. The overall affection for one another and familial love was palpable, an aspect of freestyle that is truly unique to the sport. Super Ball organizer and founder Lukas Soka has once again created a place for new and experienced talent to challenge each other and themselves, no doubt laying more ground for freestyle to blossom and evolve to new heights. 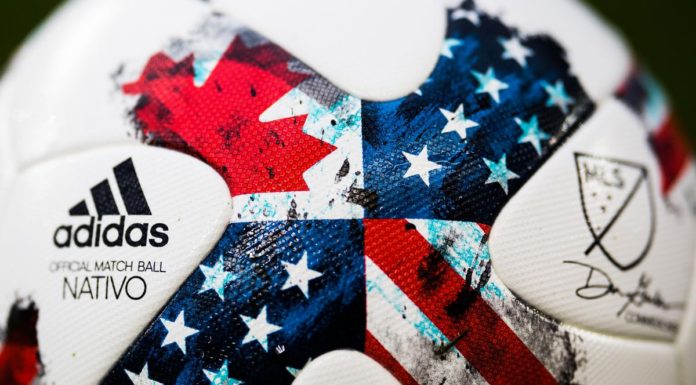