Cementing his place at this year’s Red Bull Street Style World Finals, Gunther Celli has once again proven that he is Italy’s finest. Now having gone 10 years without losing in a national championship, Gunther will look to bring home the title of world freestyle champion to his country for the first time ever.

Amongst a stacked field of competition and packed crowd at the Sneakerness convention in Milan, Gunther Celli reigned victorious to once again claim a spot at another Red Bull Street Style World Finals.

Hosted by the one and only Lorenzo Pinciroli and presented by his renowned Da Move Crew, the tournament showcased the diverse and highly talented field of Italian freestylers, which in addition to Gunther included Luca Chiarvesio, Dav Pisani, and Alessandro Colazzo. However, despite their valiant efforts, they could not dethrone Gunther, who battled through leg and back ailments to defeat Chiarvesio in a highly entertaining finale.

“I feel happy to have again won the Italian title,” Gunther said. “It will never be as emotional as the first championship, but this title is important to me because I have reached the goal of going 10 years without losing a battle in a national tournament.” 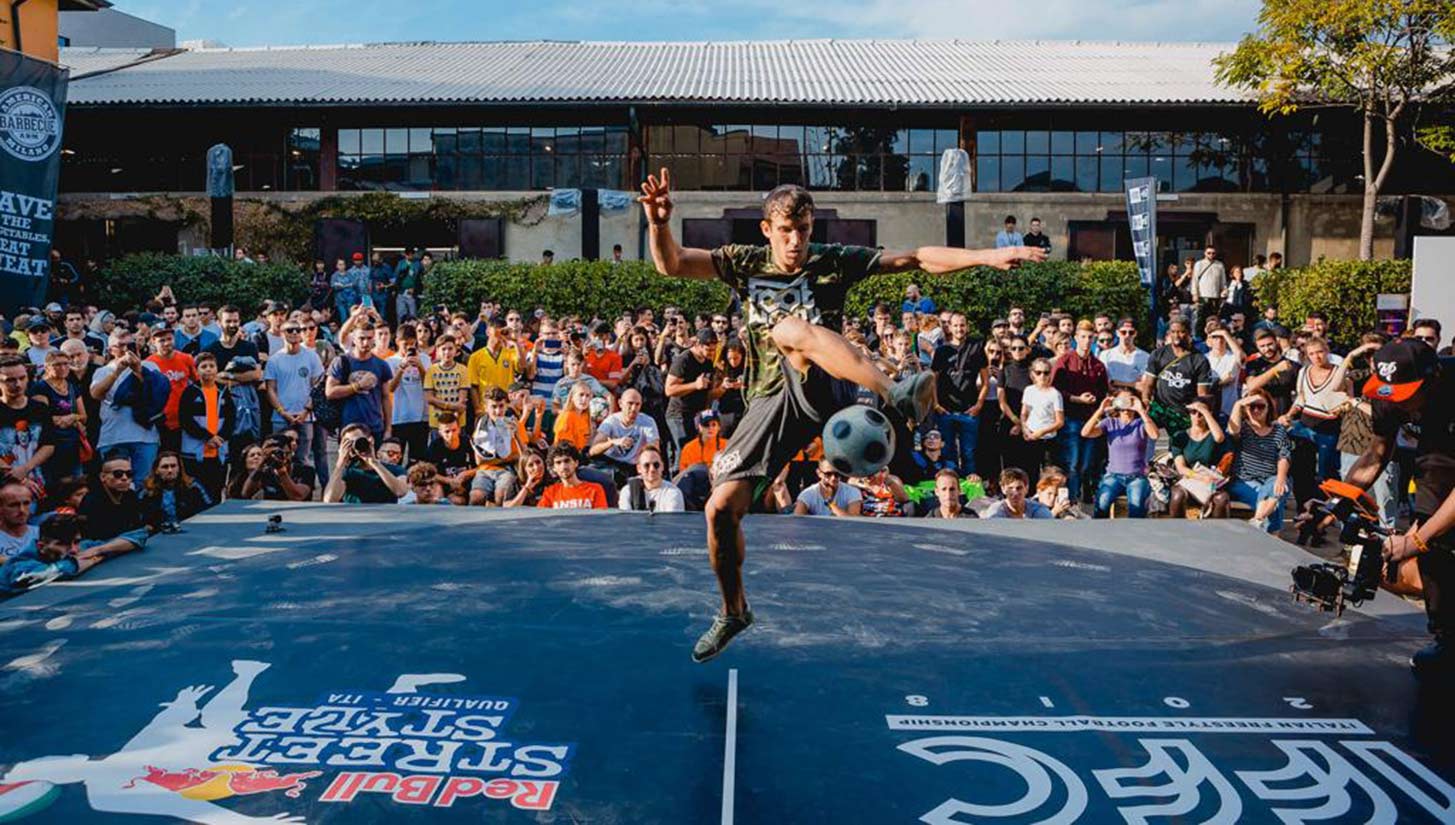 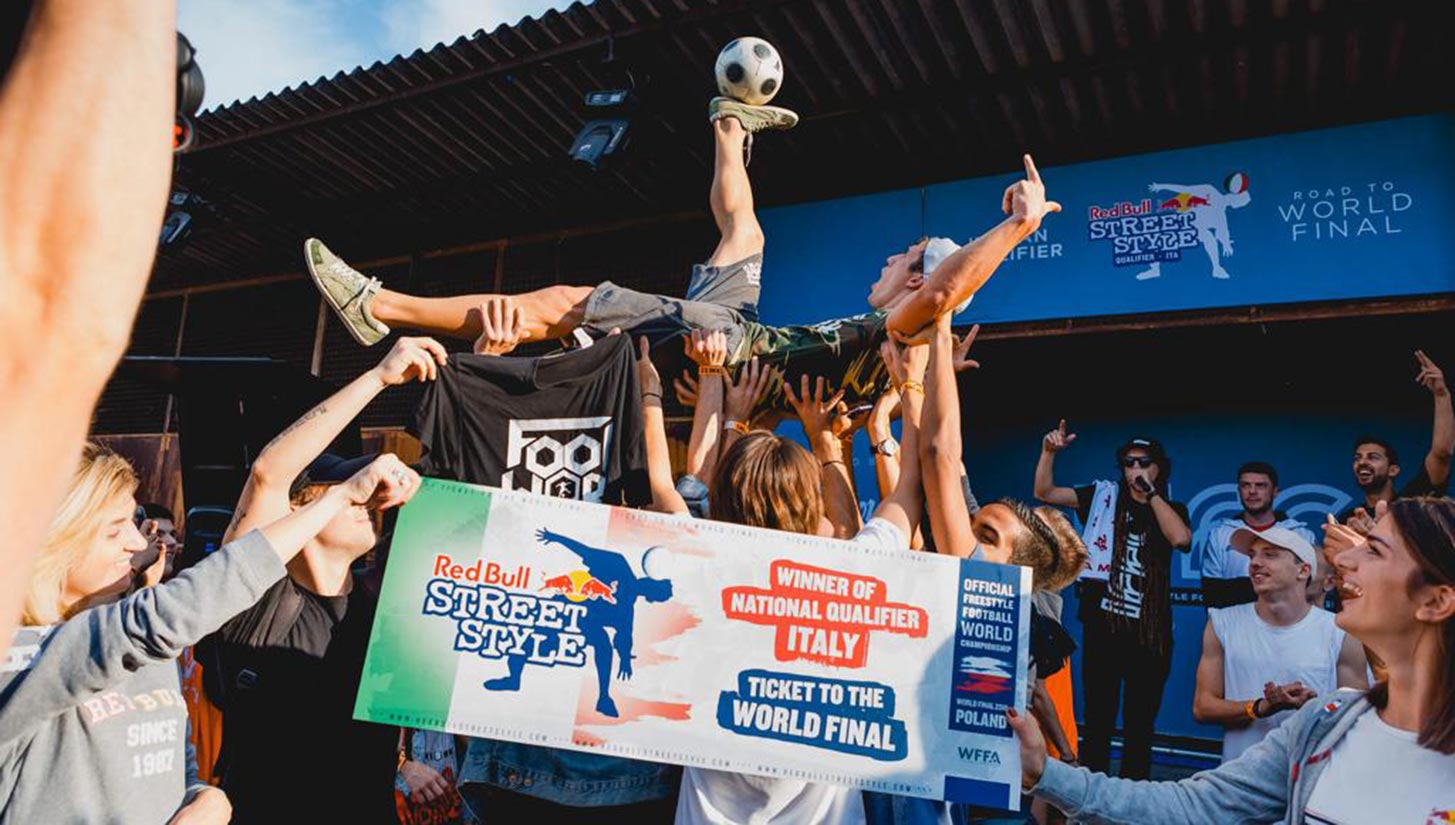 Gunther will move on to the global stage, a place where he has plenty of experience. With a third place finish in 2012 and top eight appearances in 2013, 2015, and 2016, Gunther will look to make the jump from national to world champion in what he admits could be his final RBSS appearance.

After a decade-long reign of dominance over the Italian freestyle scene, Gunther has realized that his time atop the throne may be coming to an end, with the uber-talented Chiarvesio positioned to replace him. Although Gunther defeated the lowers expert in this year’s finals, he has witnessed the strides Chiarvesio has made — such as landing the world’s first 4-rev — saying that it is now his turn to run the Italian game in an Instagram post.

Ieri si è disputato il campionato italiano @redbull di calcio freestyle dove ho difeso il titolo e vinto per l’ennesima volta vincendo così con il mio team @footwork_italia tutti i campionati di questo sport. Con questa vittoria festeggio 10 anni di imbattibilità in Italia, ho avuto diversi infortuni molto gravi alle gambe, e diversi progetti da seguire che mi hanno portato via tempo ed energie mentali preziose; nonostante questo ho sempre cercato di dare il massimo per questo sport che dal giorno uno mi ha aiutato a diventare quello che sono e ad affrontare la vita in modo diverso regalandomi amicizie preziose. Ero sicuro che sarei arrivato in finale con una delle più grandi leggende del nostro sport (non che mio compagno di team) @luca95freestyle che, nonostante questa sconfitta, credo sia pronto ad essere il nuovo campione. Spero che sappia sfruttare questo momento per far esplodere il suo talento e mostrare al mondo che l’Italia in questo sport è grande ed ha cuore. Vincendo questa gara ho diritto a rappresentare l’Italia ai mondiali 2018 e sarà guerra! #disciplina vs #talento -en- yesterday was played the Italian championship @redbull freestyle football where I defended the title and won for the umpteenth time. With this victory celebrating 10 years of unbeaten in Italy, I had several very serious injuries to the legs, and several projects to follow that have taken away precious time and mental energy; despite this I have always tried to give my best for this sport that from day one has helped me to become what I am and to face life in a different way. I was sure that I would have reached the final with one of the greatest legends of our sport as well as my team mate @luca95freestyle who, despite this defeat, is ready to be the new champion. I hope he knows how to take advantage of this moment to blow up his talent and show am world that Italy in this sport is great and has heart. Winning this race I have the right to represent Italy at the 2018 World Cup and it will be war! #discipline vs #talent

While it may be inevitable, it hasn’t happened yet, and Gunther will have at least one more chance to bring the title of world freestyle champion to Italy for the first time. Will we see the Italian legend go out with a bang? 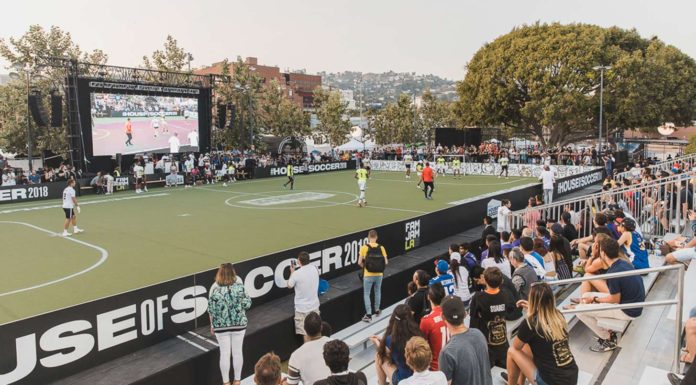