With two NWSL expansion clubs set to debut next season, we look ahead and examine five more cities that could benefit from a new top flight women’s side.

The NWSL is more popular than ever, with a record audience of 525,000 people watching the 2021 championship game where the Washington Spirit won their first title with a victory over the Chicago Red Stars. The game capped off a tumultuous season for the league, which faces allegations of coaches abusing players and a lack of action from management.

While many might be afraid of getting involved in such a quagmire, it actually presents an opportunity for an NWSL expansion team and prospective leaders to step up and empower the next generation of champions.

Next season, the NWSL is welcoming expansion teams Angel City FC to Los Angeles and San Diego Wave FC just a few hours south to bring the league total to 12 sides. Soccer is growing rapidly in popularity across the country, and we thought of five cities that would be good hosts for an NWSL expansion team.

Miami would be a great site for an NWSL team because of its role as an international hub. There’s already a vibrant soccer culture in the 305, in addition to pro sides Inter Miami CF in MLS and Miami FC in the USL Championship. Formula 1 is even set to host a race in Miami, only its second in the United States, which is evidence of how the city is at the forefront of sports culture. An NWSL expansion team would fit right into the vibrant city of art, entertainment, and sports.

Inter Miami president David Beckham even said he’d be open to having an NWSL club attached to his team, and a Becks co-sign goes a long way in the soccer world.

In addition to being home to the ever popular Atlanta United, Atlanta has one of the strongest soccer cultures in the country. Some have even gone so far to proclaim it as the new “Soccer City USA,” taking the title from Portland. But in order to truly earn that distinction, the A is in need of one thing: A top division women’s team.

An NWSL team in Atlanta can surely weave itself into the hip-hop community just as Atlanta United has with stars like Waka Flocka Flame and 2 Chainz, plus as COPA90 highlighted in 2018, Atlanta has the strongest Black soccer community in the U.S., thanks to organizations like Black Arrow FC.

Atlanta is also already a leading city in women’s sports as it is home to the WNBA’s Atlanta Dream, who despite struggling on the court over the past few seasons, have led the league in activism.

Oklahoma City has been growing in its major league sports presence since the arrival of the NBA’s Oklahoma City Thunder in 2008. The popular soccer team in the city is OKC Energy FC, a member of the USL Championship, but perhaps the biggest reason for an NWSL expansion team here is that there already is a proven track record for women’s soccer in the form of Oklahoma City FC.

The club is a member of the Women’s Premier Soccer League, the longest active women’s soccer league in the country. OCFC has been playing just as long as the Thunder have been in town, first as the OKC Alliance before rebranding as Oklahoma City FC. The club has seen its fair share of success, winning three regional championships, but more importantly, Oklahoma City has been a great sports city in need of another professional team.

Since Southern California is getting not one, but two expansion teams, it only makes sense for the NWSL to consider going up north when adding another team. The soccer scene in the Bay Area is bubbling with teams like the Oakland Roots genuinely connecting with the community and making an impact in pop culture too.

Stanford is one of the strongest college women’s soccer programs in the country, producing USWNT legends both past, present, and future — from Julie Foudy, to Kelly O’Hara and Christen Press, to Tierna Davidson. A local NWSL team would only build upon the long tradition of ballers playing in the Bay.

Denver has been a soccer hotspot for some time now, and USWNT stars Mallory Pugh, Lindsey Horan, and Sophia Smith, along with projected No. 1 pick in the 2022 NWSL Draft Jaelin Howell, all hail from Colorado.

The Colorado Rapids were one of the founding MLS teams, and won the MLS Cup in 2010. The club currently has a women’s side in the WPSL. Colorado Springs Switchbacks FC, once home to Bootbags founders Shane Malcolm and Jordan Schweitzer, is a member of the USL and another professional club that makes waves in the local scene. With the departure of the Utah Royals, the Mountain West is in dire need of another NWSL side.

To put it simply, soccer is everywhere in Colorado and an NWSL expansion team in the Mile High City is a no-brainer. 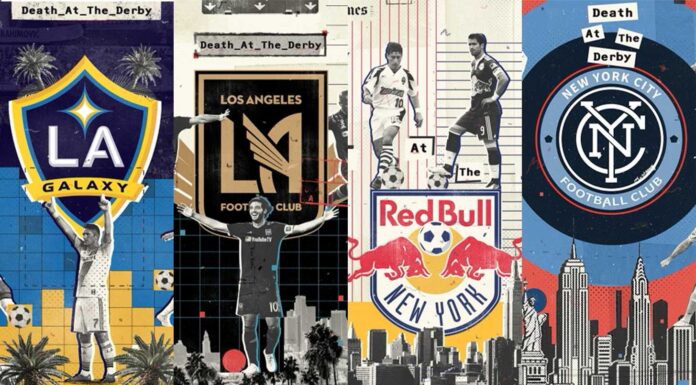