Shoutout to Green Day fans, September is coming to an end. While it was undoubtedly a great month with some crazy events, we’re looking forward to what October has to offer — because after all, a new month means new tekkers!

For the time being, enjoy our hand-picked selection of the best skills, moves, and tricks from the past two weeks.

It’s already demoralizing enough to get megged by someone wearing football gear, but when they’re wearing sandals? Yikes.

Fifteen-year-old Dutch freestyler Bailey de Regt quit football a week ago to focus exclusively on freestyle. A bold move, but Bailey definitely has the skills to back it up. Inspired by freestyle legends like Andrew Henderson and Griffin Berridge, Bailey is currently working on mastering the Spin Magic and Eclipse moves.

Sunny sunday teamcombo with @gertfreestyle and @janocalorfs!✨ Had a great time meeting up with the two! For more footage, check out their accounts.? #iamafreestyler #freefootworld

Since 2007, 26-year-old Chilean baller Yvar Michael Peters Oyarzun has been working on perfecting his skills. A member of the Street Masters team, Yvar lists Edward Van Gils as his inspiration, and he is preparing for the upcoming Panna Nationals in his country’s capital of Santiago on October 27.

PannaHome member Ami is no slouch in the panna cage. Her smooth style and killer instinct makes quick work of her opponents, who never stand a chance.

At just 16 years old, Pipe Pobleto’s J-Stall game is almost unbelievably strong. The young gun might be the next top Latin American freestyler soon if he keeps this up!

Argentinian street baller Marcelo Guzman, who was invited to participate in this year’s Copenhagen Panna House Invitationals, has some slick ground moves to create a dope style. Sole drags are always raw, especially when they result in a panna!

Michal Rycaj, aka MichRyc, shows us why he’s one of the world’s best — he practices even when he’s on vacation. All upcoming freestylers, take note.

With shots like these, it’s no wonder 16-year-old Jack Hinchliffe was awarded goal of the season by his club team earlier this year. He has been working on his free kick ability to master his shot and possibly land one of these in a game.

Which one is better? Rabona or Whip! ?? – With @tpainterx

2. Age is Nothing But a Number

Known as Uotarou, this street football player has been balling in Japan for the past three years. Although he’s almost 40, don’t let that fool you. Uotarou has mad skills and hits moves like the Soufisme or Bencok in his sleep.

Tungage is a pioneer in the Asian freestyle football community. In 2013, he was the No. 1-ranked Asian freestyler and won a National Championship in his home country of Vietnam. He has been performing and judging for over 10 years now and is helping grow the sport across the globe. 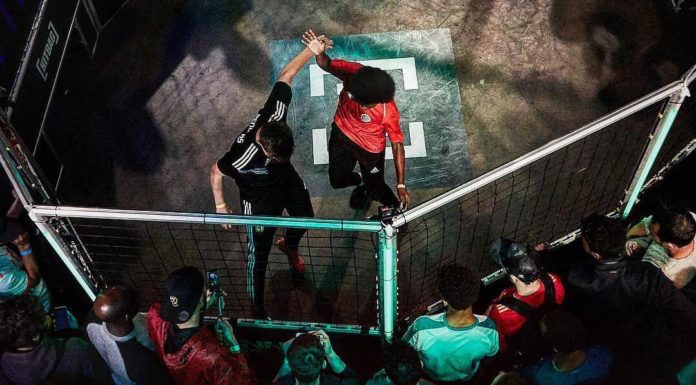