As 2019 has officially come to a close, the time has come to take a look at the year’s best — from boots to kits to freestyle videos. On the first day of 2020, we conclude the Urban Pitch Year In Review with the top 10 freestyle videos of 2019.

It’s once again been a crazy year for freestyle football. The major competitions have given us plenty of thrills, and the tricks and ideas have unsurprisingly continued to expand and explode our minds. You only have to scroll through your Instagram feed to see this sport shows no boundaries in impressing the masses. Not to mention we also were treated at long last to the Around The World documentary. It was a very good year.

As always though, we like to pay homage to the dying art that is the YouTube highlight reel. While quick IG clips are the preferred format for most freestylers, we have to respect those that put the time and effort into creating long form videos.

We’ve parsed through countless reels and put together a wonderful mix of some of this year’s best from…around the world (sorry, pun intended). These are the top 10 freestyle videos from 2019.

We kick off with a lovely little Tom Cheve production for the Panther Ball tournament this year in Mexico. Really capturing the vibes of the country, this isn’t just a “B-roll” video with picturesque slow-mos or tournament highlights (although they are very good too). Instead, Cheve hits us with a different creative idea and a narrative that could easily pass off for a Nike advert or something. Fantastic.

Calvin Carruthers makes the list with the fourth installment in his “Beckstyle” series. He’s really pushed the limits in the Beck, Abbas and subsequent variations in this video while also showing off his ridiculous stamina. The difficulty of these combos, let alone the world record at the end, are testament to the Scotsman’s dedicated nature. A masterclass of lower body freestyle.

Respect your elders! Old-school masters Rocco and Akrisha (aka Andr3w) combine for a really special treat of beautiful combos in a video that oozes class and nostalgia. This kind of video with two freestylers putting their respective clips together is such a rarity, and the two styles and choice of tricks complement each other very nicely. It’s truly wonderful to see that these two respected veteran lowers beasts still have the passion they had when they first started. This really makes you want to head outside and train!

Vlogs also seem to be fading fast for the sheer effort that has to be sustained for them to be high quality. Fortunately for Tobias Becs, he’s doing awesome things like freestyling thousands of meters in the air from a glider, exploring the beautiful Norwegian scenery and overlooking the Norwegian Championships all in a single video. It’s also worth mentioning the incredible camera work and editing of his assistant Tommy Sagmoen. If you ever wanted a peak into Tobias’ life this is a pretty good place to start.

We had to wait two-and-a-half years since “Alter Ego 3” from Russia’s Mikhail Plischenko, better known as ‘AnyOne,” but “Alter Ego 4” was well worth the wait. A much longer production than your standard freestyle video, sit back and get yourself some snacks for this one. He really went all out on the production, capturing some beautiful locations as well as insane combos and the lovely No Touch style that he’s best known for.

A slick and stylish edit for another belter of an open world championships. Super Ball 2019 was yet again in full force and this video screams passion and emotion. Capturing the atmosphere perfectly, Tom Cheve brings the heat yet again and is quickly becoming one of the best video producers in all of freestyle.

By virtue of being uploaded on 1 January 2019, this video qualifies for our list and should not be forgotten about. Blitzing every competition he sets foot in, all-around machine Erlend Fagerli reviews his stellar 2018 campaign and shows some unseen training clips with an abundance of new tricks and creations that make you stop, rewind, and re-watch only to have your mind blown yet again. Enjoy the absurd levels of creativity and control in this one.

From a video published on 2019’s first day to its last, PWG returns with his annual highlight video, and like any other year it’s filled with original and jaw-dropping intricate madness. Thinking outside the box on many occasion, this is a really nice watch with plenty of fiddly ideas that must have taken a ton of time to record just to get satisfactory! A must-watch for all freestylers.

Of course Italy’s Luca Chiarvesio would make the list. Luca has really gone above and beyond at asserting himself as the best lowers freestyler of all time. To be fair, any of this year’s PACT XI finalists’ videos could have made the list as they were all sensational. As expected, Luca’s was just out of this world, leading to him being crowned champion of the online tournament. Anything in terms of lower body combinations and it just looks like he could do whatever he pleases with a football. The benchmark has been set high.

In one of the most talked about and hyped freestyle battles ever, the semifinal between Norway’s then-reigning Red Bull Street Style champ Erlend and Brazil’s Ricardinho at the RBSS World Finals in Miami lived up to its expectations. The crowd and players’ reactions say it all — what a battle this was. Ricardinho ultimately won this one and went on to win the whole thing, but we’ll let you relive it again and draw your own conclusions.

What was your favorite freestyle video of 2019? Let us know in the comments below. 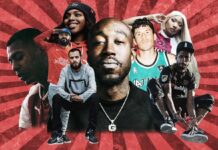 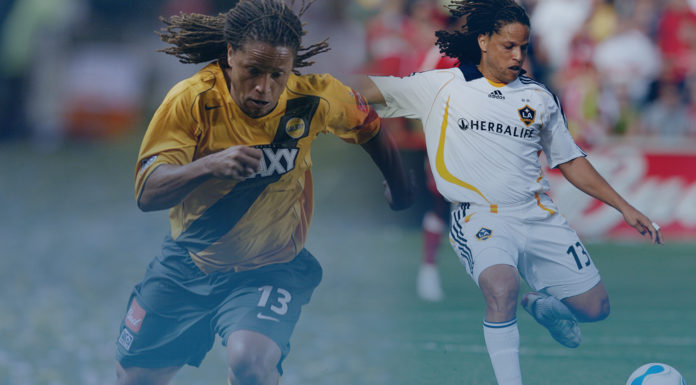