After over a year of securing funding and traveling the world to different filming locations, the first official trailer for the Around the World documentary was released last week. While you may say it’s too early to jump aboard the hype train, the goosebump-inducing preview mixed with the clear passion for the sport from the those both in and behind the movie has us vehemently excited for what’s to come.

It may come as a surprise for some, but feature-length productions featuring freestyle football are few and far between.

The F2 duo of Billy Wingrove and Jeremy Lynch starred in In The Hands of The Gods, which saw five freestylers busk their way to Buenos Aires to meet their idol Diego Maradona. Much closer to the purer side of the sport, Tekneek’s Sven Fielitz produced the Genk Up! documentary, which closely followed Daniel Got Hits’ journey during the 2012 Red Bull Street Style World Finals.

Now, to take a look at where we are in 2018, the sport of freestyle football has evolved beyond what many would have predicted. In addition to the level of talent exponentially increasing, the community and audience has expanded to a global scale.

But still, people are often only seeing a small portion or simply the end product of the freestyle life and what goes into it. With that being said, the upcoming Around The World documentary aims to depict the sport in a unique, raw, and emotionally stirring way, to be appreciated by both freestylers and non-freestylers alike. 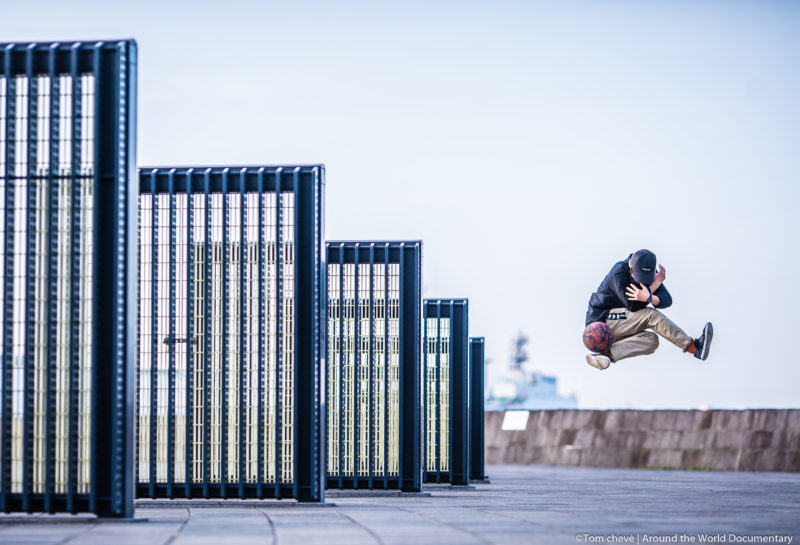 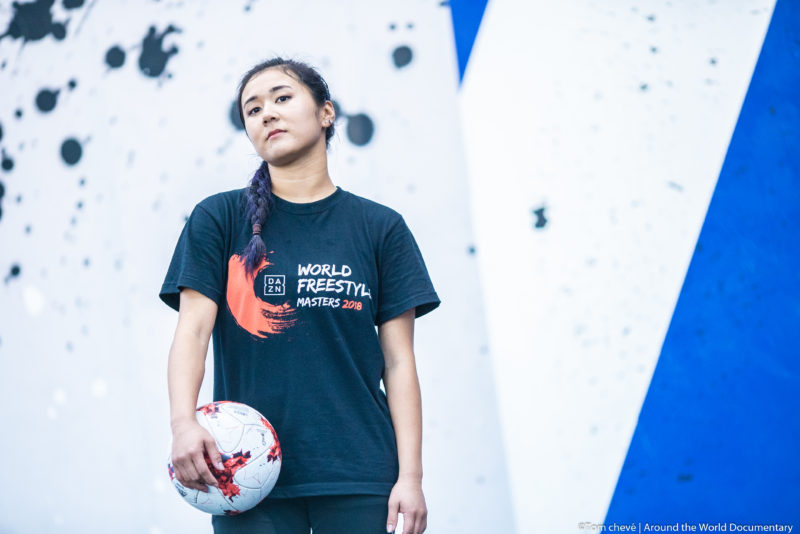 After over a year of filming, the stunning official trailer has released. Gaining over 20,000 views and hundreds of shares on Facebook alone in its first 24 hours of existence, it would be an understatement to say that the hype is real.

Behind the project is a French trio of directors — Clement Reubrecht, aka Clem Keym, David Amouzegh, and Tom Cheve — all of whom wish to portray the entirety of freestyle’s various branches, not just the remarkable talents that many are already familiar with.

“We wanted to make a masterpiece documentary that showed off this beautiful new sport and the many different aspects of it,” Amouzegh said. “We understand that there are many parts to it and didn’t want to just focus on one. We wanted to explore all branches of what freestyle encapsulates such as competitions, freestyle schools, business, dreams and much more.” 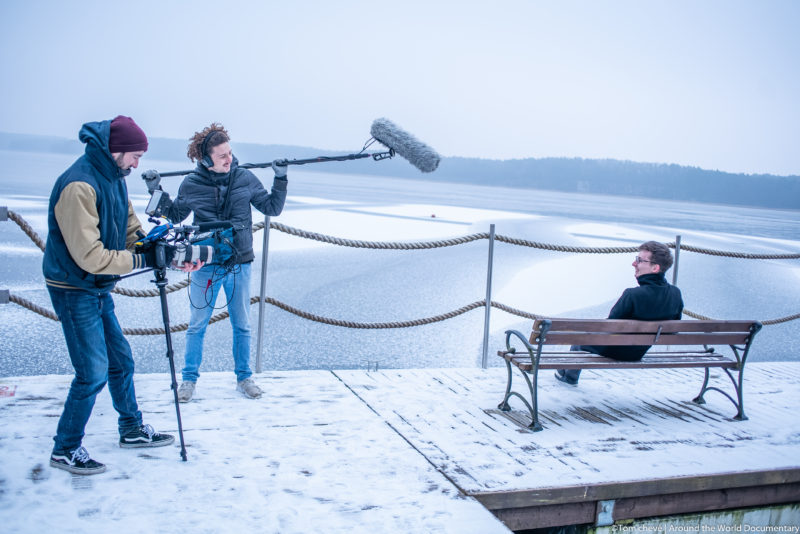 Another main goal the trio stressed was to expand the sport’s popularity to a wider audience. Although freestyle is enjoyed and supported by those all over the globe, it still has yet to become “mainstream.” In order for them to achieve this goal, they knew they had to tell freestyle’s most compelling stories.

“One of the biggest challenges at first was to cast the right characters to tell good stories, and not too many stories,” Cheve said. “We made a list of 50 of them and we ended up with seven. It was pretty tough to make the right decision in order to show the beauty of freestyle all around the world. We sat and discussed for months about how to show freestyle in the right way and who can represent the different cultures of this sport. Our first goal is to make the freestyle community proud of this documentary.”

It is immediately evident from the documentary trailer and from speaking to the directing crew that the key standout word is “passion.” Everyone involved is clearly fully engulfed in the sport and committed to showing it in an honest light.

Perhaps this is the aspect that helps freestyle football to stand out from other sports — how each individual can use their passion differently. Each freestyler has their own tricks, ideas and styles, but the passion is a constant no matter what their background, as the documentary will help convey. 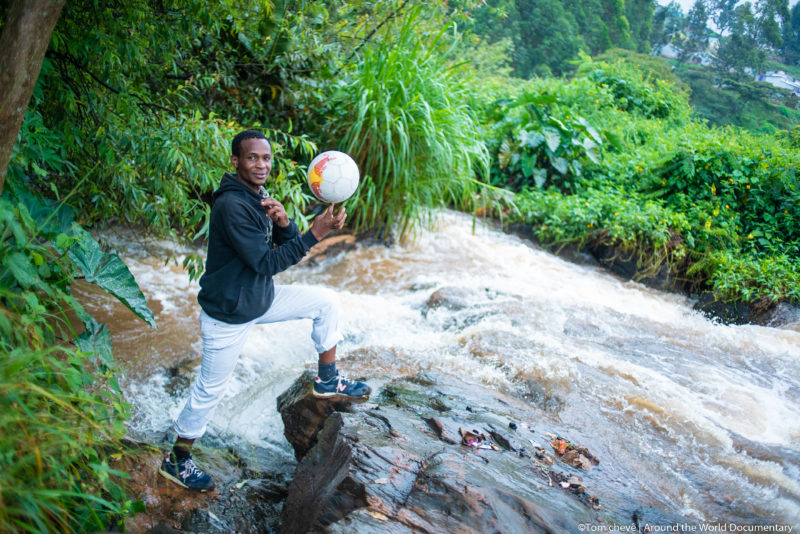 “If you want to learn the names of new tricks and skills in this documentary, you will be disappointed, as there are none,” Reubrecht said. “However, if you want to understand the feeling, the passion, the community love, and the stories behind freestyle, you’ll love it — and that can be understood by everybody on earth. Passion doesn’t have any borders.”

The scale of this project has been huge. From Japan to the United States, and from Kenya to Norway, the preparation, filming, editing, and traveling was a huge commitment. Getting to the stage of booking flights and packing the cameras wasn’t all smooth sailing for the team at first. 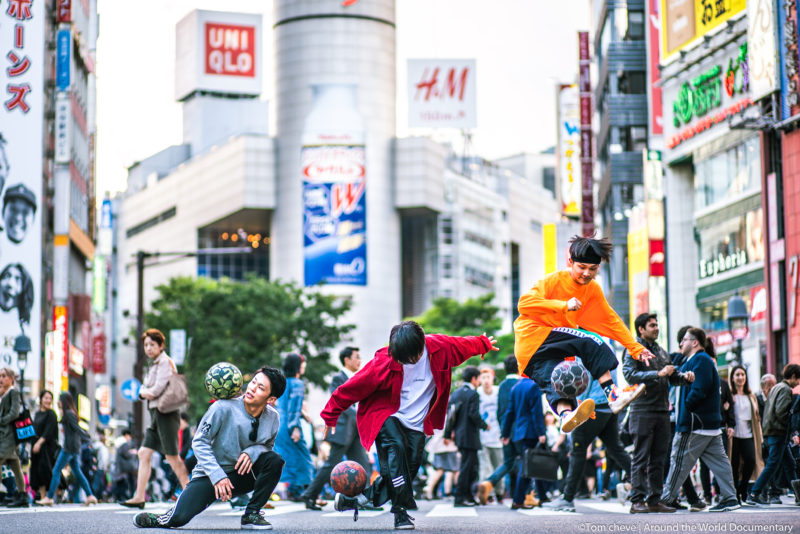 They created a crowdfunding page with an overall goal of €50,000 to cover the large expenses required to put together a high-quality film, but at the end of its timeframe, it failed to reach the intended goal. The team had to find another solution — or more accurately — a solution found them.

“Luckily, an Australian producer called Blake Northfield saw the project and decided to jump on it to make it happen,” Cheve said. “So Bronte Pictures is the amazing production group who made this documentary possible and trusted us from the beginning.”

With 100 percent creative control and no compromises, it feels like it has been the best possible relationship and outcome for the trio to share their vision with the world and really put freestyle on the map. 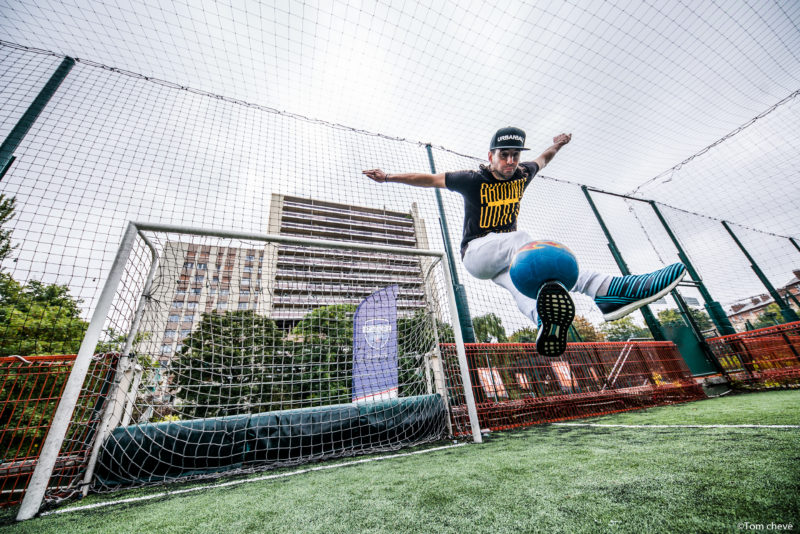 It is unclear as to when exactly the documentary will be available to watch at this stage, but with Instrum International as the sales agent shopping the film to distributors of every country in the world, aiming for a theatrical or VOD release in their respective countries, the anticipation is reaching fever pitch for many after seeing that epic trailer.

Be sure to follow the Around the World documentary on Instagram to stay up-to-date with the film’s release. 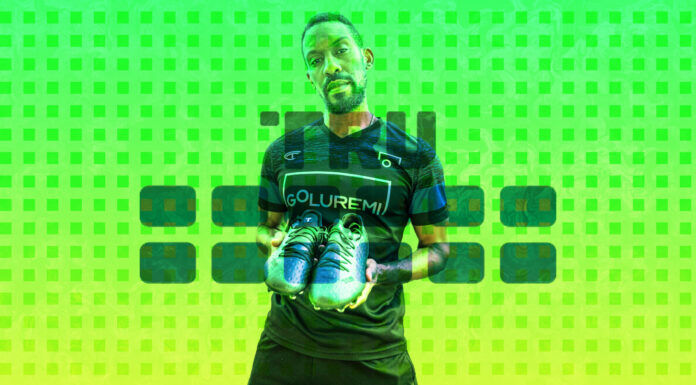