Released last Friday, Dave’s highly anticipated We’re All Alone In This Together did not disappoint. We take a look at the best football moments from the stellar sophomore project.

It has been two years since Dave’s groundbreaking debut Psychodrama, and it was well worth the wait for his sophomore album, We’re All Alone In This Together. The former won the prestigious Mercury Award, given to the best album of the year in Great Britain, and the latest work shares the same vulnerability and cinematic creativity. The thought-provoking title lives up to its name with reflections on classism, immigration, fame, and love.

We’re All Alone In This Together is a tribute to Dave’s mother, who had to raise her three children on her own as a nurse in Streatham, South London. He said he’s making an accompanying film celebrating her life overcoming hardship.

Santan Dave has been spending a lot of time as a spokesman for Aston Martin and even participated in the British luxury car’s Formula 1 announcement this season. But as with most British rap albums, there are several football references on We’re All Alone In This Together and here, Dave’s Manchester United fandom shines through. As he’s risen in stature, Dave has developed a friendship with Red Devil rising star Marcus Rashford.

While the footballer might have stutter-stepped his way into national disgrace when he missed a penalty kick for England in EURO 2020, Dave is here to offer hope and triumph even in life’s darkest moments. These are the best football bars from We’re All Alone In This Together.

Fellow Red Devil supporter Stormzy gives his co-sign to the newer MC who is quickly rising the ranks as an elite rapper. While both Stormzy and Dave have made powerful political statements in their music, here on “Clash,” they fluidly exchange luxury raps over a drill beat by Kyle Evans, who provided much of the production on We’re All Alone In This Together.

Coming off the massive success of his appearance on the “Sore” remix (among our favorite songs of the year so far), Stormzy is back with another fire football reference. It’s straightforward and simple. He balls in style like manager extraordinaire Pep Guardiola. Although he’s currently with United rivals Manchester City, Guardiola’s success (not to mention fire dance moves) are apparently enough to earn a shoutout.

“In The Fire” featuring Fredo, Meekz, Ghetts, and Giggs

“In The Fire” showcases ultimate teamwork as Dave brings together his good friend Fredo, upcoming rapper Meekz, and two British OGs Ghetts and Giggs. It’s a delectable seven-minute posse cut over production from Dave himself that utilizes a Gospel song sample performed by Florida Mass Choir.

In his verse, Meekz references British Prime Minister Boris Johnson, a figure that many football fans are probably familiar with. While it may not be an outright reference to the game, Johnson has been inextricably linked to football thanks to the previously aforementioned Rashford. The 23-year-old forward established himself as an activist when he called out Johnson for his handling of the COVID-19 pandemic and demanded fair treatment for poor people, including free lunches for school children.

Dave steps in for the almighty closing verse on “In The Fire” with reflections on injustices in society and his own life. In this couplet, he compares himself to a rōnin, a Japanese samurai who lost his master and often turns rogue. They are credited with helping fuel revolution in the 1800s.

Dave’s father was deported to Nigeria when he was four months old, leaving his mother to provide and care for the rapper and his two brothers. As a nurse, she often worked early mornings and late nights and Dave’s brothers got into trouble with the law, so he had to raise himself in many ways. He’s used his personal experiences to call for modern revolution.

He furthers the comparisons by saying he’s modeling himself after famous Polish footballer Jakub “Kuba” Blaszczykowski. The decorated winger also grew up without his parents after he witnessed his father kill his mother when he was only 10 years old. Kuba wrote about the incident in his autobiography, which was released in 2015 after he won two Bundesliga titles with Borussia Dortmund. In 2019, he returned to his hometown team, Wisla Krakow, without a salary to help the club get back on its feet financially.

Wizkid joins Dave for the breezy “System.” It’s a feel-good track about wooing the ladies and a solid follow-up to Psychodrama‘s wildly popular “Location,” which enlisted Burna Boy for some Afrobeat goodness.

“Wan-Bissaka, the Lambo a Spyder”

Dave uses some effortless wordplay to stunt a little bit and showcase his Manchester United fandom. His first name drop on “System” is Red Devil right back Aaron Wan-Bissaka. His nickname is “The Spider,” which flows nicely with a reference to a Lamborghini Huracán Spyder, an elite droptop sports car that boasts a V-10 engine.

“Martial, my right hand, a striker”

Santan also shouts out United forward Anthony Martial. Although his wordplay with “striker” as a gang reference doesn’t quite fit the footballer’s position (the verdict is still out on whether he’s better as a No. 9), it’s still exciting to know the key role Martial will hold as Ole Gunnar Solskjaer has invested in a young lineup. The team just signed Jadon Sancho on transfer from Borussia Dortmund to join Martial and Rashford to bring Old Trafford back to its glory days.

Dave closes We’re All Alone In This Together with a chilling track where he contemplates the realities of street life in London. Throughout the project, he’s sprinkled in news clips about the rise of violence among youth in poverty, but he gets crooning vocals from Jorja Smith as the backdrop for the self-produced “Survivor’s Guilt.”

“I feel like a footballer when I’m makin’ my art/Through ball, how I’m managin’ the weight of the past”

Dave utilizes a football move to explain his creative process, with a clever past/pass play on words to boot. Much like a footballer strategically kicking a through ball, the weight of his emotions drive him forward and help him connect with others. He hopes listeners meet him where he places it, encouraging them that even though the weight of the world can make us feel alone, we are all in this together.

Stream Dave’s We’re All Alone In This Together on Apple Music, Spotify and Tidal. 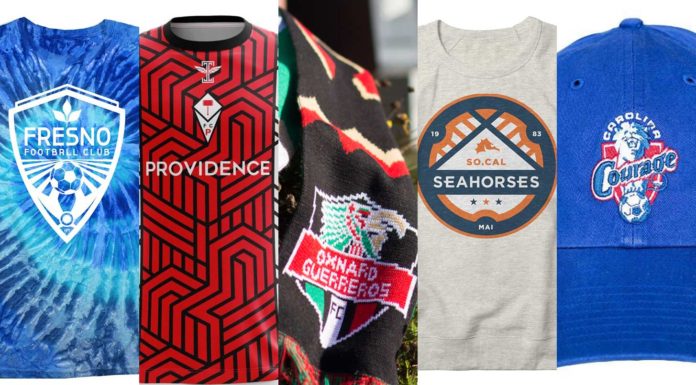