Ever wonder what it’s like to walk in the shoes of a world champion? Well how about two? Meet the Fagerli brothers, a Norwegian duo who are individually ranked number one and number three in the world, and together are an act of talent pushing the sport of freestyle to new levels.

At the age of 22, the elder Brynjar Fagerli recently won the Scandinavian freestyle championship, took fourth in Super Ball, and has finished in the top five in nearly every major freestyle event over the past year. The younger Erlend won Super Ball 2016 (regarded as the global freestyle competition of the year) and swept both the 2016 European and Norwegian championships. Together, the brothers have combined their talents to become world champions in doubles routines and have performed all over the world, gaining fans and the respect of a new generation of hardcore, technical freestylers.

The Fagerli brothers grew up on the countryside of Norway, where on their parents’ property they enjoyed the freedom of wide open spaces and a supportive mother and father. At a young age, they dreamed of becoming professional football players and while this dream didn’t come to fruition, they craved doing something remarkable with their talent and passion for football. The two first discovered freestyle in 2009 (when they were 11 and 14 years old), and began to learn tricks from YouTube videos. Since then, the two have gone on a remarkable journey becoming two of the most dominant freestylers currently on the scene.

Today, Erlend lives in Oslo, the capital of Norway, where he attends what is called “Folk High School.” In between class and friends, the number 1 ranked freestyler in the world is constantly practicing: one session in the morning, practices during lunch breaks, and one session squeezed in after dinner.

“Oslo is an amazing city to live in. The scenery is amazing,” he told us. “We have the sea close by and during the cold winters, mountains open up for skiing. I also enjoy all the forests we have around.”

Erlend’s easygoing personality belies a fierce competitor within that has gone up against some of the best in the world. “The only thing that is going through your head is, ‘I have to give it my all against Ricardinho.’ You can’t think I am in the top 8 of the Super Ball,” he said recalling last year’s competition in Liberec. “I have only faced Charly [Iacono] twice in competition. He is extremely strong and a great athlete making him a great opponent,” he continued about facing this past year’s Red Bull Street Style champion.

But even more than his circle of freestyle friends, Erlend’s main motivator is the person who got him started with the sport from the beginning—the man who pushes him to continuously grow and is his closest rival—Erlend’s older brother, Brynjar.

Brynjar currently lives in the picturesque city of Trondheim where he is pursuing a degree in electrical engineering at the University of Science and Technology. He dedicates half his time studying and the other half to freestyle, practicing anywhere between 15 to 20 hours a week. “My favorite places to train are all close to my house. There is a football field close by, a beautiful forest nearby, and the biggest church in Scandinavia up the street. I love to practice in front of the church since it adds a cool feel to my freestyling,” he said.

Every show there are new tricks and ideas, so we never stop learning.

Although the two only get to see each other during summer and winter breaks, they coordinated to give a nearly flawless doubles routine for the Super Ball final, where they beat out top talents to win first place. “During the Super Ball championship, we were not focused on thinking the whole competition was so important since that would make us nervous,” Brynjar recalled. “The mental part was really important so we made sure to take one battle at a time.”

In the spirit of sibling rivalry, the two have pushed each other to be their best and master new and more complex tricks. They often compete against each other during major competitions, and are representative of a new wave of high-level freestylers pulling off increasingly difficult moves.

Brynjar recently reached one of is big goals, when he qualified for the Freestyle Football World Tour 2017 ? He managed to gain enough points to be ranked nr 3 in the world, which was Erlends rank last year (Now Erlend is ranked nr 1). ??? This is so exciting!

We caught up with the Fagerlis to get a glimpse into the routines, moves, and passion that has led to their incredible success.

Urban Pitch: What is your top move that wins you competitions?

Brynjar: It always depends since the moves are always reinvented. Right now I feel my strongest tricks revolve around the Jordan Stall as well as many upper tricks.

Big up to @tekneekofficial for this amazing production – full video is in their bio? #Repost @tekneekofficial ・・・ Erlend @fagerlibrothers on fire!? Check out the full video, the link is in our bio! The video features the best football freestylers in the world…don’t miss it!?? #tekneek ? @partyfavormusic – In My Head #freestylefootball #iamafreestyler #fslife #liberec #igersnorway #tekkers #rldesignz #superball #??

Erlend: My strongest trick currently is when I either stall the ball on my head or shoe and roll the ball completely around my body. This has been a great move in competition.

What are your favorite shoes to wear?

Fagerlis: We actually both wear the 4Freestyle shoes. They are the best for the tricks we like to do and are extremely comfortable to wear.

I love practicing my handstands. The last time I timed myself, it was about 1 minute and 10 seconds.

What is your favorite ball to practice with?

Brynjar: My favorite is the Brazuca.

What is your second favorite country for freestyle after Norway?

We both like to watch all of the freestylers from Japan. They are very creative and always bring out great talent.

How long can you each hold a handstand?

Erlend: I have never really timed myself, but this is more a strong point for Brynjar. I believe I can hold one for about 45 seconds. I am used to practicing them with a ball.

Brynjar: I love practicing my handstands. The last time I timed myself, it was about 1 minute and 10 seconds.

What are some of your favorite Norwegian foods?

Erlend: The Norwegians’ national food is called “fårikål” and it’s basically just sheep meat, cabbage, and potatoes. There are special sauces and different ingredients you can add to make it taste really good.

We’ve heard some Norwegians follow the Jante law, which basically states that all are equal to each other and no one can be greater than the rest. What are your thoughts on this law?

Brynjar: Jante law is actually a really old part of the culture. It was kind of used as guidelines in the past. It is actually a little depressing if you think about it. It can be demoralizing and give you low self-esteem if you think this way.

Erlend: I agree as well. This limits a person from unlocking their potential of becoming the best at what they do.

What are some of your most memorable and inspiring moments that really defined who you guys are as freestylers?

Brynjar: The Super Ball in 2016 was a huge milestone for us. We worked really hard to create the choreography so that it could be the best show possible. The first part of our act was actually inspired by two Danish popping dancers, which were broadcasted on Danish Talent TV. We learned from this and thought we could reenact this with a ball. Every show there are new tricks and ideas, so we never stop learning.

What are your future goals and plans?

Brynjar: We will really be focusing on improving our tricks and preparing for the big competitions coming up in summer and fall.

Erlend: I am actually going to be flying to Mexico to help judge a contest. I am excited for some great weather and good food. 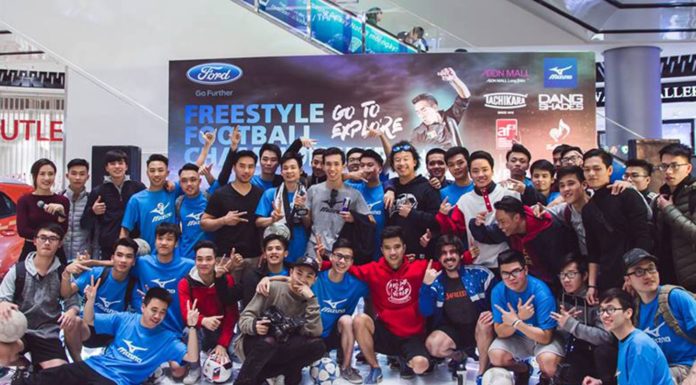