Recently, UrbanFutsal LA (sister company of Urban Pitch) partnered with the culturally down folks at LAFC and sponsor Heineken to host a day of graffiti, music, bomb food, and of course, FUTSAL! What could be better than combining them all for a unique, raucous event on a sunny Saturday afternoon. This 5v5 tournament featured Los Angeles’ top street teams and gathered key industry leaders and influencers to  party. LAFC supporters Union Ultras and the Black Army were in full force and brought the festivities with regalia and drums, while players and fans enjoyed scrumptious fish tacos, cold beers, and the beats of the ever-smooth Brutha Gimel. In addition to presenting our perpetual trophy, we commissioned a graffiti artist to create original artwork for the championship teams.

We like to get the job done. Champions at the first #CopaUrbana sponsored by @urbanfutsal.la @lafc @heineken_us #soccer #futebol #street #streetsoccer #futsal #indoor #nike #nikesccrx #adidas #urbanfutsal #urban #ballers #brazuca A photo posted by @brazucaballers on Dec 7, 2015 at 5:33pm PST

Tournament Results: In the B Division, the Intaktics took top honors by taking down UrbanFutsal LA Co-Ed champion, One Love FC. In the A Division, Brazuca Ballers overcame a one-man deficit (from an early red card) to clinch the victory against the UrbanFutsal LA home team in the championship game. The scene was eerily reminiscent of their recent performance at the Nike Dia De los Muertos Tournament. 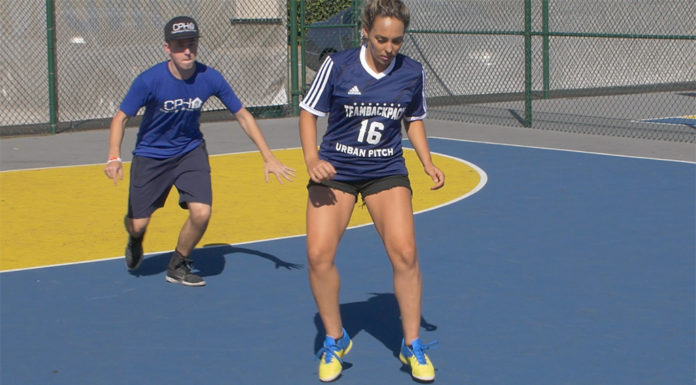