Keith Tozer, commissioner of the new Professional Futsal League (PFL) and respected veteran in both U.S. association football and futsal, will be having a busy week in Orlando, FL, where the ownership group will be getting together to discuss business as well as watch the PFL All-Star Showcase today at the ESPN Wide World Of Sports Complex at the Walt Disney World Resort.

The PFL is one of the most anticipated leagues to launch in the U.S., with an exhibition season kicking off in 2017 and inaugural season in 2018. Notably, high-profile businessmen like Mark Cuban have joined the ownership group, and star players like Falcão and Ricardinho will help kick-start the endeavor.

We spoke with Commissioner Tozer before he left for Florida to get an inside look into the exciting new venture and how futsal in the U.S. may become the next big thing in sports.

Urban Pitch: It was big news when the new futsal league was introduced, but then not much news after that. Do you have any big news for U.S. futsal fans?

KT: Well, there are so many things happening with the league. First of all we have 16 franchises that will kick off in 2018. I leave for Orlando Monday for ownership meetings. We have a VIP party where we have rented out the Great Wall of China inside Epcot Center, where we’ll have Falcão and Ricardinho who are considered the two top recognizable futsal players in the world. We allowed Ricardinho and Falcão to select three players from around the world to join their team, all expenses paid.

We will definitely, for sure, have some of the best players in the world wearing PFL uniforms.

We have a social media campaign where players from around the world were able to send in their videos and we gathered over 600 videos and from there we broke it down to 20 of the top players. PFL management had a third of the vote, Falcão and Ricardinho had a third of the vote, and the final third. Over 80,000 votes by fans were collected by our social media. So out of the final 20 we picked 12. Now those 12 from around the world were flown to Orlando all expenses paid and the PFL will have a draft similar to what they do in the NBA. They will play in an exhibition match, six for team Falcao and six for team Ricardinho.

Can you tell us more about the ownership groups?

We have European clubs and NBA owners that are involved in the group. We have other sports entrepreneurs that are involved in the group. We are going to strategically release [specifics] starting early September where we can ramp up the ownership groups every two to three weeks so that we can get ready for the 2017 Exhibition Season we are going to have. Which will run up to the 2018 regular season.

Our PFL management team of Donnie Nelson, Michael Hitchcock, Mark Cuban, Brian Dick and everyone else—they methodically go day by day to make sure the decisions are based upon true business sense.

Will there be franchises coast to coast?

We’ve already developed two divisions. You will have a Western Division which consists of eight teams. You will have an Eastern Division which consists of eight teams. [Each team] will play each other—two home and two away—in their own division and one home and one away with the other division. Of course you will have your playoffs. In the league meetings a lot of these things—how many games, size of the arenas, time of the year, size of the rosters, salaries—will be ramped up, voted on, and moved forward.

The PFL will be to the National Futsal Team what MLS is to the outdoor team.

You already have two of the top players in the world [Falcão and Ricardinho] that have already said that the PFL is a great place for them as well as all the other players and coaches from around the world. Each and every day I receive many e-mails from around the world from players and coaches that want to come to the United States. They understand that the way we do sports is top notch. The PFL will be top notch. We will definitely, for sure, have some of the best players in the world wearing PFL uniforms.

Will there be Americans playing in the League?

So obviously we don’t have a professional futsal league in North America right now so we don’t have many Americans playing professional futsal right now, but we are recommending that many of the assistant coaches be American. So we are going to need to bring in the top players from around the world to play on each team. We will have to bring some of the top coaches from around the world to help coach the game. But at the same time, we will have American assistant coaches and we’ll have American players playing in the league in order to gain that experience. This will also help the U.S. Men’s Futsal National team. The PFL will be to the National Futsal Team what MLS is to the outdoor team. So Americans will play a big part.

Any new advertisers or sponsors come on board since the last time you talked to the press?

Right now we are in deep negotiation. Michael Hitchcock, who is our CEO, is negotiating with some of the top sponsors in the country. One thing that you’ll see the PFL has done is really take their time with every decision that needs to be. A lot of times people make emotional decisions, they’re not logical business decisions. Our PFL management team of Donnie Nelson, Michael Hitchcock, Mark Cuban, Brian Dick and everyone else—they methodically go day by day to make sure the decisions are based upon true business sense. That’s something I’m very proud to be a part of.

… In order to be successful in any business you first must have an owner that has the vision and the financial ability to stay the course.

What sort of precautions are you taking to make sure this league lasts for a long time?

Well, let’s first talk about the tremendous success of Major League Soccer. Early on, there were three gentlemen that owned 10 of the teams. Mr. Anshutz, Mr. Kraft, and Mr. Hunt, and they ran those teams even though those teams lost money. They knew that in the long run that there was a vision to get that going, and they spent several millions of dollars on each of their franchises. Now those franchises are worth well over a 100 million dollars a piece. So the answer to that question is in order to be successful in any business you first must have an owner that has the vision and the financial ability to stay the course. Kudos to Major League Soccer. I think they’ve done a great job and if you look at our owners, these men are smart businessmen, they’re entrepreneurs, they have the financial strength, and they have experience in other sports teams that are going to continue to make themselves successful.

I think we can get the inner-city player to go from basketball and into futsal and then futsal being the bridge to football, and that’s really the growth of the game.

What’s on the agenda at the owners meeting?

We have a long list of things we have to talk about that the owners will have to vote on. Player rosters. Salaries. In the last meeting we had votes on a couple of rules changes that would help generate more money for the game of futsal. So there’s a long laundry list that the owners will have to go through and we have committees—we have a technical committee, we have a broadcast committee, expansion committee, and we have a commercial committee. All the owners are split up among those committees and they’ll report to them as those committees meet twice a month, and they’ll go over the things we need in order to do the PFL the correct way.

There seems to be a world wide consensus that futsal is the key to a better national outdoor football team. What’s your opinion?

I’m 100% behind it! This is what I’ve been saying for years! Why do other countries have special players that can do special things? Now our national team, both men and women have some special players, but do we have a long bench of those special players? Like a Messi? Like a Neymar who can do special things at important moments? And what is futsal really? It’s street soccer! If a young player passes the ball more, has to think and react quicker, well, why wouldn’t we embrace it? We have thousands of courts throughout the country and in the inner cities. We have under-utilized tennis courts, basketball courts. I think we can get the inner-city player to go from basketball and into futsal and then futsal being the bridge to football, and that’s really the growth of the game.

You look at the Solomon Islands in 2007 and 2008, they asked themselves if they could make a mark on the world with football and they said no, but with futsal we can. Spring forward a few years and they’ve won Oceania and some of their players are playing professional football because of futsal. I’m a firm believer that futsal will be another component to helping create that player we need in our country.

To find out more about the Professional Futsal League, visit www.professionalfutsal.com.

Editors Note: This interview has been edited for length and clarity. 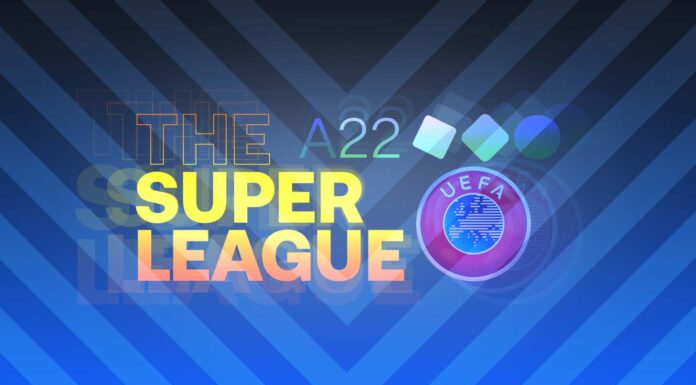