After unveiling a new crest and changing its name from “Columbus Crew SC” to “Columbus SC,” there was an outpouring of negative reaction from the club’s vocal supporters. A week later the MLS team announced that it would be reverting back to its original ’90s-era name, “Columbus Crew” and redesigning its rebranded crest. Although team ownership and front office had launched the rebrand with lofty expectations, it had quickly come crashing down in spectacular fashion.

There has been a trend of late amongst MLS clubs to overhaul their logo, name, and overall brand identity. The motivations behind them is readily apparent since these teams are typically dwelling near the bottom of league attendance rankings. CF Montreal and Chicago Fire are the most recent examples of such attempts to reinvigorate stagnant organizations through rebranding efforts.

One can hardly find fault with team owners who are unhappy with underwhelming attendance numbers and looking for ways to improve them. Fan-based revenue is usually the greatest source of income followed by merchandise sales and advertising. Therefore, the overall size of their respective fan base has the most direct impact on revenue and profit. A rebranding foray is usually a tell-tale sign that a club is underperforming in the finance department.

In the case of Columbus Crew, there was an even more pressing issue at hand. Not only were they at the bottom or near bottom for league attendance every year, but they also had the second-lowest team valuation according to Forbes. This was probably made even more disconcerting by the fact that while lauded as one of the original 10 founding MLS members, recent expansion teams such as LAFC had surged to more than double their own value in less than five years in the league. 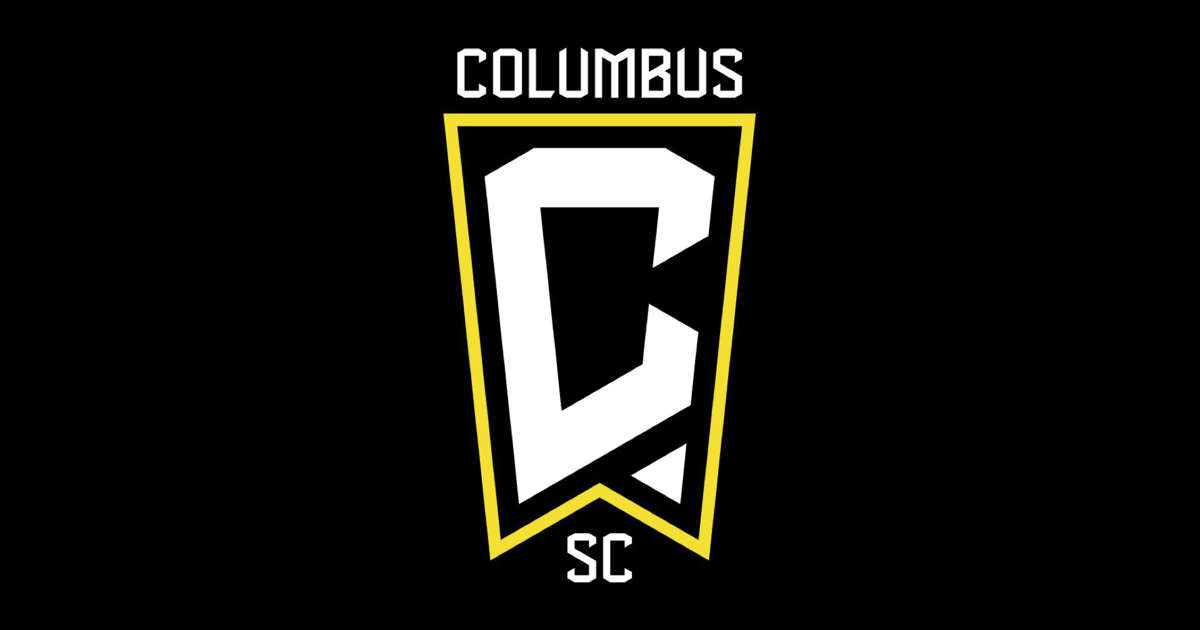 It’s not surprising that Crew management felt the need to overhaul the club’s identity. They were clearly aiming to revitalize what they viewed as a lagging fanbase and setting sights on attracting a new, larger audience. What was dumbfounding, however, was the manner in which they chose to forge ahead.

To get a full understanding of the climate in which the club was maneuvering, we have to review some key moments in its recent history.

Investor Anthony Precourt purchased the team in 2013 to become the second investor-operator in the club’s history. He quickly overhauled the brand in addition to presenting a well-received new logo with European influences. Despite subsequent investments and stadium upgrades, the Crew still struggled to grow revenue while remaining close to the bottom of the league in all business metrics every year. The two most frequently cited obstacles included the harsh reality of playing in a small-market city as well as an outdated facility in Mapfre Stadium, the first soccer-specific stadium built by an MLS team.

In 2017, Precourt abruptly announced plans to relocate the team to Austin, Texas by 2019 if plans for a downtown stadium in the Ohio capital weren’t finalized. This ignited a swift and severe reaction from their fanbase and galvanized a movement centered around the rallying cry of the Twitter hashtag #SaveTheCrew. After a year of protests, rallies, and unrelenting commitment and effort from thousands of supporters, the movement eventually caught the attention of Cleveland Browns owner Jimmy Haslam, who released a statement announcing that he would buy the team along with other local groups.

Since their takeover, Haslam and his wife Dee had been ideal owners. They made positive changes in the front office and are currently constructing a new $300 million soccer-specific stadium which is set to open on July 3. The club turned things around on the field and surprised nearly everyone by winning the MLS Cup in 2020. All of this combined to generate substantial goodwill with Columbus fans. 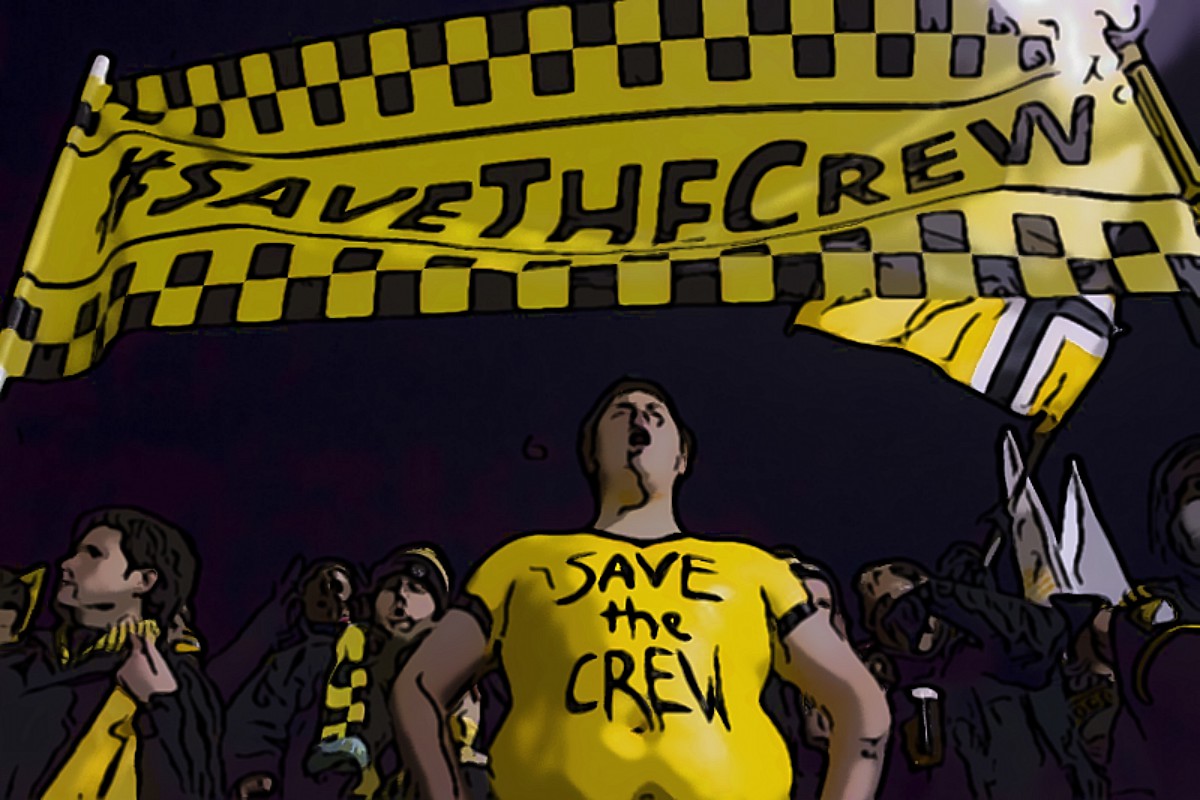 It was under these auspicious conditions in which things suddenly went awry. On May 7, Crew SC president and general manager Tim Bezbatchenko, vice president of marketing Patrice Croci, and other members of the front office met with the seven-member board of the Nordecke, the Columbus Crew supporters’ community.

Unbeknownst to them, the Nordecke were called in to discuss a rebrand. Having previously signed individual NDAs, the board members were informed that the team would no longer be the named Crew, and that they would be changing their badge and rebranding to Columbus SC.

This meeting was the first time, outside of two members of the Nordecke board, that they were told of a rebrand. To say the news wasn’t well received is a vast understatement. Ethan McKinley, now-former Nordecke creative director, who attended the meeting but subsequently resigned from his position three days later on May 10, stated, “And then they showed the crest and the reaction was about what you would expect if you knew anything about the Crew and what we’ve been through. There was a lot of shouting, a lot of cursing from Nordecke members, a lot of back and forth, just a lot of tension.”

According to McKinley, one board member became so enraged upon hearing the news that he ripped off his shirt to reveal his tattoo of Columbus’ retired former crest.

“He took his shirt off, kind of pointed to his chest, to the crest and was like, ‘This is what we saved. This is the Crew. What am I supposed to do with this? You just took this away from us.’”

What makes the disconnect between ownership and supporters all the more surprising is that the rebrand effort was over a year-long process that occurred in three phases. The first phase involved surveying 2,500 people around the Columbus area, while the second phase targeted groups of engaged fans. Both groups were asked what they liked about the city of Columbus, what stood out from the club, and what they would want the team to represent to the world beyond. 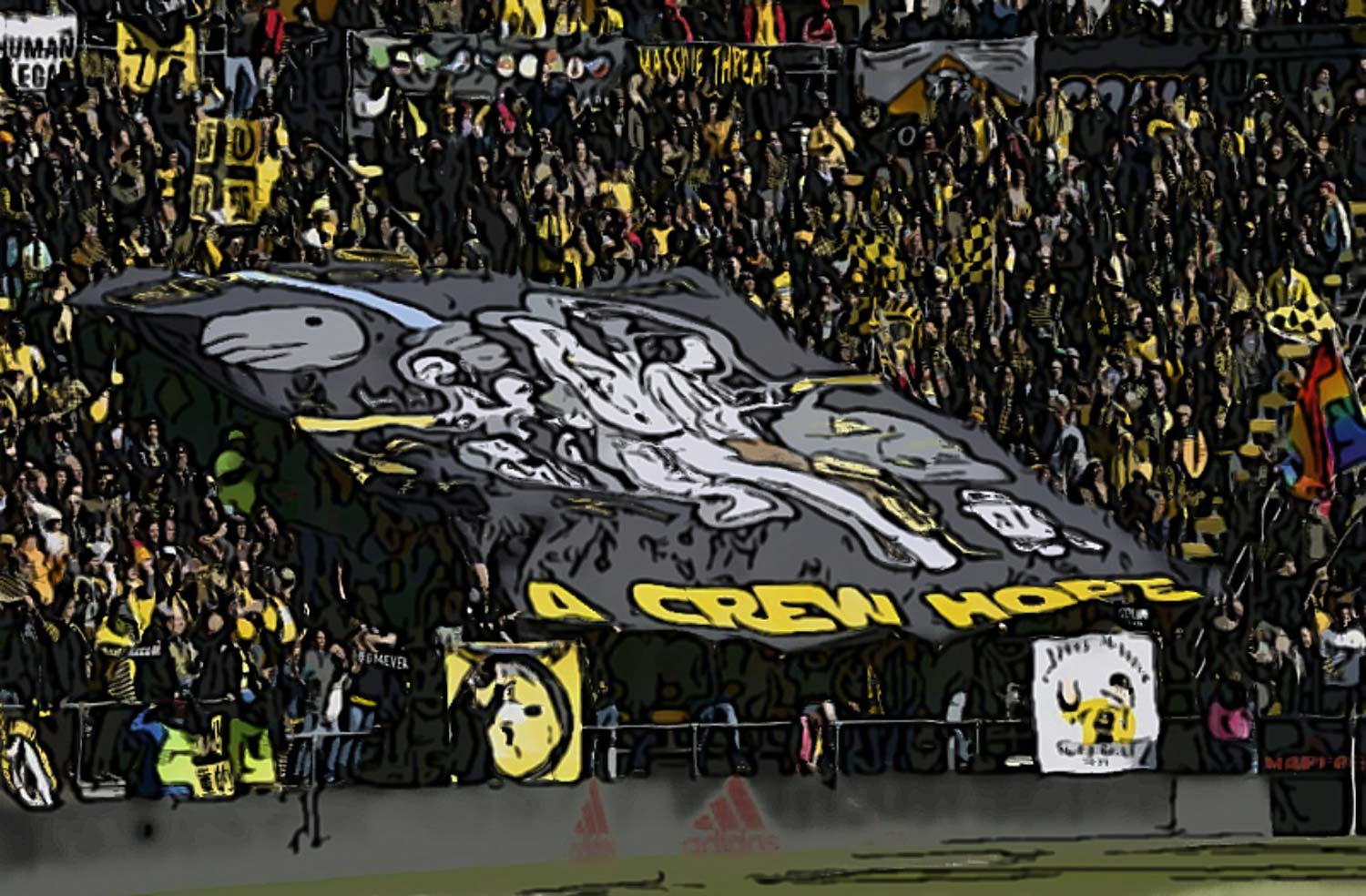 The third phase involved getting direct feedback from two Nordecke board members. A club spokesperson said that the main feedback the club received during all three phases was to elevate Columbus, elevate the Crew name, and maintain the black and gold colors.

What seems to have aggravated the Crew fans the most is the lack of communication to the supporters and the club’s verdict to drop “Crew” from the official name despite the overwhelming feedback and near universal agreement against such a decision.

It’s apparent that the central strategy in the name change was an attempt to showcase and appeal to a broader international audience. It was a clear direction towards adopting the European style naming convention by dropping “Crew” and emphasizing SC along with their city name — a move that other MLS clubs have been mimicking.

However, in trying to become an international brand — which in all honesty may be out of reach for a sports team from Columbus, Ohio — team ownership made the misstep of alienating their die-hard fanbase that had stood with the club through years of adversity. They forgot that wounds were still fresh from the recent turmoil of desperate supporters who had fought to preserve their team. These loyal supporters hadn’t fought to simply save their beloved club — they had fought tooth and nail to Save The Crew.

Upon facing tremendous backlash, the club’s front office followed up with a statement that they planned to continue using the “Crew” name in an unofficial capacity including on merchandise and on signage at the new stadium. The defending MLS Cup champions played two games as “Columbus SC” before succumbing to widespread protest. Amidst threats of game and merchandise boycotts, the club announced it would restore to its original “Columbus Crew” name.

On May 18, 11 days after the ill-fated meeting, the club revealed its newly-rebranded crest based in large part on feedback from supporters. The new logo included a “96” to reflect their original founding member heritage and incorporated certain elements from the previous release, including the letter “C” and the badge in the shape of the Ohio flag. 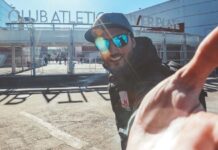 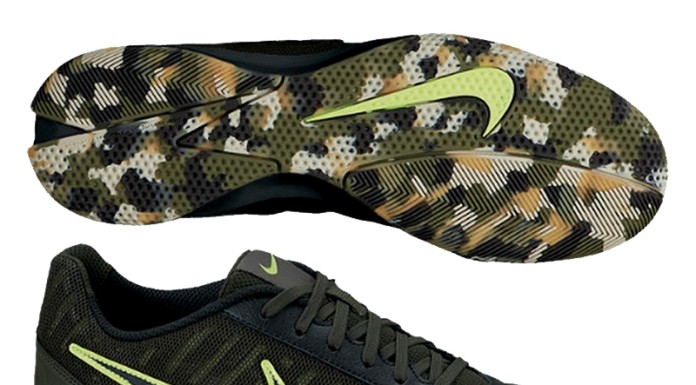