As far-fetched as it may sound, how cool would it be to hear the dulcet tones of some of the world’s most iconic football announcers throughout a rap album?

Whether you loved or hated them, the DJ drop was a ubiquitous part of rap for a long period of time. From DJ Drama’s Gangsta Grillz series to iconic drops from the likes of Don Cannon, DJ Ill Will, and DJ Whoo Kid, DJ-hosted mixtapes were an important part of rap for an entire era of the genre.

More recently, Tyler, the Creator’s Grammy-winning Call Me If You Get Lost featured Drama’s iconic vocals throughout, bringing the DJ drop back to the forefront of hip-hop. That got us thinking — instead of DJs, what if football announcers could host mixtapes? We’ve paired up some of the broadcast industry’s most recognizable voices (for better and worse) with the biggest names in rap based on personalities, style, and perhaps most importantly, vibes.

First we have the much maligned Taylor Twellman hosting a Jack Harlow album. While Twellman is one of the most famous and popular commentators we have in America (you might remember him from his trademark “What are we doing?” rant when the USMNT failed to qualify for the 2018 World Cup), he’s not necessarily well-known for being “good.” This would be a good fit with Jack Harlow because Jack has an ability to make the mundane and corny somehow appear cool. Harlow will need to work overtime to make this work, but he probably has the tools and clout to pull it off.

Two badass ladies with a lot of energy and intensity, a Julie Foudy-Megan Thee Stallion pairing just makes sense. In Foudy’s playing days, she was known for her physicality and passion, and she’s been able to show that as a commentator as well, alongside her fantastic sense of humor. We think her attitude would fit Megan’s uncanny ability to create anthems seemingly on the spot.

This is an unusual combo, yes. But it could work simply from the sheer volume of work that both Curren$y and Ian Darke put out. One of rap’s most prolific artists, Curren$y has worked with some of the game’s best producers on multiple projects, including The Alchemist and Harry Fraud.

Likewise, Darke is everywhere and on every game it seems. His voice is that British accent that the casual American fan needs to hear to recognize what they are seeing in front of them is actually soccer. And with the amount of games Darke has called, he’s certainly big money and Curren$y is known to be a fan of that for sure.

A similar pairing would be Jon Champion hosting a Rick Ross album. The irony of Champion’s stuffy British white voice with the booming opulence of Ross would be a delightful combo. These are two older, more established gentlemen who are still putting out good content. Big money and big business drives these two, as Champion is currently with ESPN, and the MMG boss Rozay has turned into quite a business-savvy mogul as well.

Ray Hudson & Death at the Derby

An exciting and hopefully very possible combo would be Ray Hudson hosting a Death at the Derby album. Two of our favorite soccer emcees, Cousin Feo and Lord Juco, are the ultimate football rappers and thus deserve the ultimate commentator to host. Hudson has a special way with words and I can’t imagine what he would cook up for this project, but stopping these three with the form they’re in now would be like trying to nail jello to the ceiling.

Speaking of not making it through a whole album, we could have Thierry Henry host a Boldy James project. Quiet, boring takes meet quiet, boring bars. This would be a super chill project though, and there would certainly be cool beats and features. I’m always wanting more from Henry when he’s in the studio, but at times it feels like his coolness gets in the way, or maybe he’s just too soft spoken to make for good television.

On the other hand, Boldy James is known for his chorus-free tracks, which paired with his signature monotone voice can make for the opposite of easy listening. The two certainly have plenty of talent, and when paired together maybe we could get some of that to shine through.

Next we have Maurice Edu hosting an A$AP Rocky album. Two incredibly good-looking and fashionable dudes combining for an album that would probably be better to look at than listen to, but hey who really cares. These two have excelled in their field for a while and would cook up something cool together.

The man, the myth, the legend can do it all, so why not…do it all? Clint Dempsey has been great television since stepping in front of the camera, and clearly his skills from being on the mic as his rap alter ego Deuce are paying off. The album cover will likely feature the camo suit and the sunglasses because that’s basically a signature look at this point.

Lastly, Micah Richards should host a Busta Rhymes album. These two seem like they would be best buds. Funny and friendly vibes from some very massive humans. Busta is obviously a legend in the game and has still been putting out some great stuff on features recently. Richards’ incredible British accent and high energy would go far for making this a super enjoyable tape to hear. 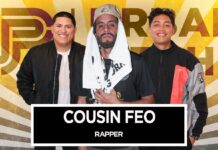 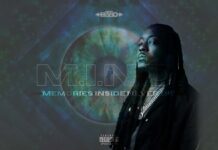 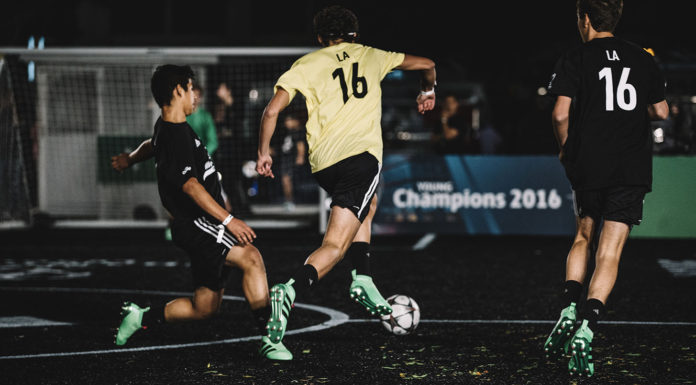