Our Signature Move series returns with 12-year-old Los Angeles native Cooper Walts, who shows us how to do “The Waltz,” a dizzying move he created while playing on the streets of LA.

Though some continue to criticize the way the beautiful game is played in the United States, there is a rising crop of young American talent — many of which utilize street football to up their game — that has others excited. Part of this promising core of players is Cooper Walts, who at 12 years old has an arsenal of skills and tekkers that go far beyond his age.

Growing up in Los Angeles, Cooper found a love for the game at an early age, getting touches on a ball whenever and wherever he could, even if that meant kicking rocks when he didn’t have a ball at his disposal. His enthusiasm paired with his natural feel for the game led to an accelerated development that eventually landed him a one-year stint with LAFC’s U-13 Academy and a brief trial with the U-14 national team.

As Cooper’s game continues to improve, so does his creativity. It’s not an everyday occurrence to find a 12-year-old kid that has invented his own trick. With plenty of potential still left to unlock, Cooper Walts is definitely a name that will be on our radar moving ahead.

For more street football tutorials, check out the rest of our Signature Move series. 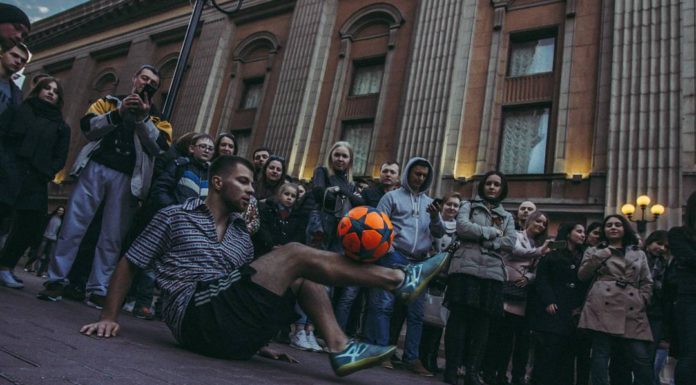