Though it’s nearly been two weeks since its conclusion, we’re still digesting the unbelievable spectacle that was this year’s Super Ball 2018 World Championships. With over 400 freestylers gathering at the outskirts of Prague for the year’s most prestigious and pure freestyle football competition, you are guaranteed to see some crazy hardcore, creative, and mind-blowing freestyle both on stage and in training sessions away from the competition itself.

This year was no different. While it was really tough to filter through the truckload of insane skills captured, here is an awesome mix of freestyle football skills from an awesome mix of athletes during the week.

Doing any kind of 3-rev is enough to impress most people. To do two in a row is ridiculous  — but to do two in a row wearing trousers or anything that isn’t shorts is just unbelievable! Pocky from Japan made it look much easier than what it actually is here!

Female world champion Kalina of Poland demonstrated some super clean and smooth uppers against Italian freestyler Anastasia. It’s not often that you see an entire round of flawless uppers like that!

Even the day after the Grand Finals, you can still find many freestylers training on the iconic red running track. Calvin Carruthers, with his high level in Abbas ATW moves, managed to reach a new milestone being the first in the world to land this extremely unique and difficult variation on the classic Skora No Touch combo which he named the “Calvin No Touch.”

Norwegian freestyler Tommy Sagmoen is best known for his rapid sit-downs fused with lots of spinning and “scoop” type moves. Not only does he show that off in this clip, but he displays exactly what the night sessions in the Super Ball gym are all about. While many might be asleep, Tommy is pulling off yet another crazy trademark set featuring an outrageous trick that left the crowd watching him in awe!

Team combos are definitely a popular thing at Super Ball, and this year with a record number of Japanese competitors attending (16 in total), they brought an energy like no other. Here, Team AirTechnician members Yu-Ri, Kazane, Ibuki and Yo showed off their fun teamwork with an element of crazy to produce a mad team combo, Japanese style!

5. You Can Pay For School, But You Can’t Buy Class

What a beautiful sight it was to see two legends of the sport in Rocco (Hungary) and Tokura (Japan) busting out some of their classic hardcore lower combos together in a circle. With class like this, it’s no wonder they get respect from everyone in the community.

Erlend Fagerli, the eventual winner of this year’s main battles competition, also went under the radar winning the Showflow event for the fourth year in a row. This competition requires freestylers to cram a beautiful flowing array of all-around tricks into a mere 30 seconds. With this being somewhat Erlend’s forte though, here is what his winning Showflow round looked like with unrivaled speed, precision and difficulty.

Classic sit-down combos might have become somewhat of a dying art in freestyle amongst all the new tricks, but two guys who are really able to do it justice with beautiful style are the UK old-school duo of Jak Gregory and Conor McCarthy. The pair brought their skills to the night gym producing a beautiful synchronized sit down sequence which I would expect many to struggle replicating. Surely these two must link up for double routines next year?

People who still don’t believe that freestyle can be a dangerous and crazy sport have yet to see Colombia’s Osman Roa. His abundance of energy, hardcore lowers, and spectacular acrobatics helped him reach the Top 16 for the first time this year. But in his downtime you can still find him trying ludicrous stuff like this.

Want to be featured in our next Top 10 Tekkers? Make sure you tag the Urban Pitch Instagram on your posts and use the #urbanpitch and #Top10Tekkers tags! 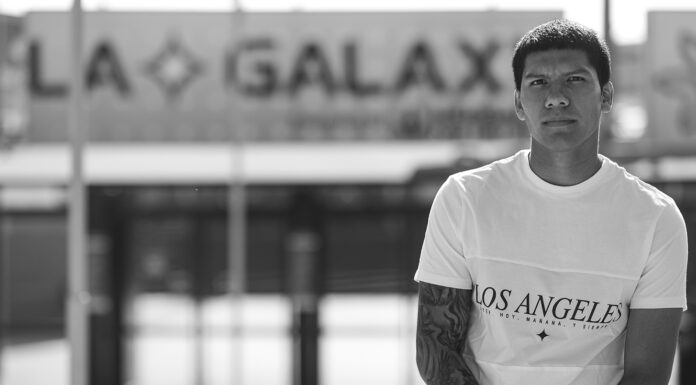