Reminiscing on what has been an incredibly eventful year in football, we have compiled a list of the year’s best — from boots, to kits, to freestyle videos. We continue the Urban Pitch Year in Review by taking a look at the absolute best freestyle videos to grace YouTube in 2018.

With the quick hit and attention span-friendly video format of Instagram, some have said that the art of carefully crafting and uploading freestyle videos to YouTube is slowly dying out. However, there still remains a group of freestylers that are willing to put the work and effort into creating long form videos, giving us a wide mix of mind-blowing content that ceases to disappoint.

While we would have loved to broaden our selection criteria and select the 10 best moments from freestyle as a whole — there was simply too much to choose from. Besides, at least eight of those moments would have to be dedicated to the unbelievable run Erlend Fagerli had. Not to mention that the year isn’t quite finished yet and we’ve got more fresh stuff right around the corner such as PWG’s highly anticipated Best of 2018 New Tricks video. But for now, here’s a tasty selection of 10 of the best freestyle football videos on YouTube to date, ready for you to reminisce on!

Now while you could argue that not a lot of thought went into the video itself, it’s not every day you get to share some skills with the man of the moment Cristiano Ronaldo. But if you are multi-world champion freestyler Andrew Henderson, then maybe it’s a bit more plausible.

It’s really cool to see what tricks Ronaldo has in his locker but also how he reacts to Andrew and some real freestyle. You can tell that he has a lot of respect for it. Henderson’s ability to loosely freestyle on set with someone of Ronaldo’s A-list caliber is yet another testament to his skill and confidence.

A nice refreshing idea for a series was birthed this year, as PWG took three tricks suggested by viewers in the comment section and developed different, difficult, and creative combos that utilized them.

Often getting other freestylers involved too, PWG and co. were often up to the typical #fslife antics with nary a dull moment in sight. The “Swedish Champs” edition features several other freestylers and is testament to the sport’s carefree side. Taking place the day after a national championship tournament, everyone was enjoying the moment, challenging themselves to think and push differently while training unorthodox styles along the way. We’d love to see more from this highly entertaining series.

As always, the online winter competitions produce some ridiculously difficult clips as people lock themselves away on the hunt for those next-level routines. The Russian veteran Baruzdin treated us to another classic with his unreal sit down skills for the WPSC10 online tournament.

While classic sit down combos seem like a thing of the past, the endless imagination of tricks shown in this video are a shining example of originality and difficulty combined. Is he the best sit down freestyler of all time?

7. Hanging on a Crane With Tobias Becs

Everything is about doing things bigger and better. More danger, more risk, more crazy. While everything about this video from Tobias Becs would have been safe and secure I’m sure, you can’t escape that feeling of vertigo as you watch (if you can stomach it).

The 4Freestyle founder really pushed the boundaries in this one and the visuals look amazing! It was also really cool to have a vlog style to this and a behind-the-scenes look at something planned of this scale.

Making the list again this year, another sequel in the Beckstyle series from the Scotsman Calvin Carruthers is fully justified. You can tell a lot of hard work has gone into this very niche area of lowers. If you love a classic freestyle video with someone’s best clips complete with power and stamina, all edited to banging rock music in multiple locations with the best clip saved for last, then you’ll love this video!

This year’s European Freestyle Championship in Berlin was a true treat. Held over two days in two incredible venues, it was Erlend (shocker) who reigned victorious at the end. There to capture the action and put together a beautifully crafted edit of the highlights from both the qualifiers and finals was freestyle’s very own Tom Folan. Superb job as always and a fantastic advert for the sport and competition altogether.

Perhaps the most valuable thing about this video is the atmosphere in which it was unveiled. In anticipation for the top 16 men’s and top four women’s battles to commence, a crowd of eager freestylers were huddled together at the Prague Metronome, beers in hand. Then this video comes on the big screen, hypnotizing its audience from the opening credit to final frame.

This video has become a staple part of Super Ball, a cinematic equivalent of the cutting of a ribbon to declare the official beginning of the World Finals. When you hear that little Tekneek jingle at the end of the countdown, it’s like literal goosebumps for our national anthem or something.

This year it was a cool and refreshing idea to have an upbeat voiceover from Daniel Got Hits while capturing a lot of the good vibes throughout the week, not to mention insane freestyle in the qualifiers. Sven Fielitz delivered an awesome production on this one as always!

The vibes of the competition on the day of the finals is especially great, and the setup each year seems to improve. The atmosphere once again was fantastic and this video certainly holds its own for showing it off in the best possible light with an insane attention to detail. A must watch.

If anyone is still unsure as to what being a freestyler entails, or more specifically what our holy grail of competitions is, then this is the video to watch.

An amazing piece, slightly longer than what you’d typically expect, but it really goes deeper than just visually pleasing a viewer with some football tricks. This really tells a story and puts you in the heart of the world championships. Narrated by the wonderful Lorenzo Pinciroli, it is both informative and also thrilling. Obviously there is some class freestyle in there too!

Two things that this really achieves is firstly making people wish they went to Super Ball, and secondly, showing off the incredible diversity and mutual passion in this sport. Stunning production all around.

I struggled how to adequately comment on this video when it first came out and I’m struggling even more to write a short summarizing paragraph on it now.

This is an absolutely astonishing feat and one for the lowers lovers. But the difficulty is so high that really it should be appreciated by everyone. The Italian wonder Luca Chiarvesio not only showcased a lorry load of 3-rev variations (200 to be precise), but of course this was the video that semi-broke the Internet (for freestylers anyway) as we got to see the first legitimate and unambiguous 4-revolution trick.

No words I write on here can do it justice. I’m all out of adjectives so actions will have to speak louder than words again. If you still haven’t seen it and have been living under a rock now is your chance. Enjoy, and we’ll eagerly wait to see what 2019 holds!

What was your favorite freestyle video from 2018? Let us know in the comments below! 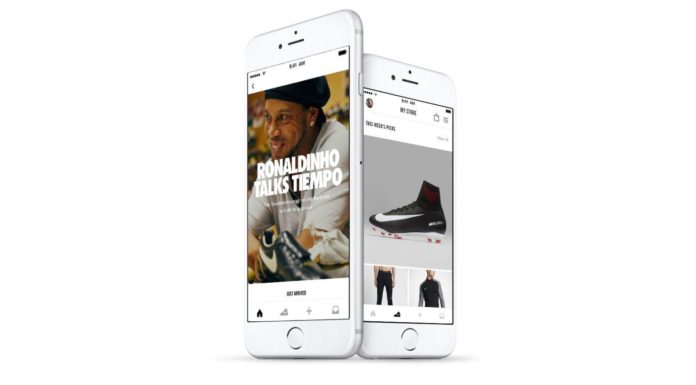