To unveil their “World Wanderers” kit collection, leather shoe brand The Sabah Dealer and soccer newsletter/creative collective Tens Club hosted a release event and World Cup watch party at the Sabah Studio in New York City. We were on hand to get an up-close look at the summer-ready line of limited shirts, as well as more insight to how the collaboration came about.

Once a rare blockbuster occurrence, the streetwear collab has become increasingly mundane in recent years. (Do we really need any more Nike x OFF-WHITE sneakers?) However, there still is the occasional drop that sends the streets into a frenzy, and while most of them are from hypebeast darlings (see: adidas/BAPE, Nike/Supreme, etc.), the best ones prize the design of the apparel itself, not just the logo and label. 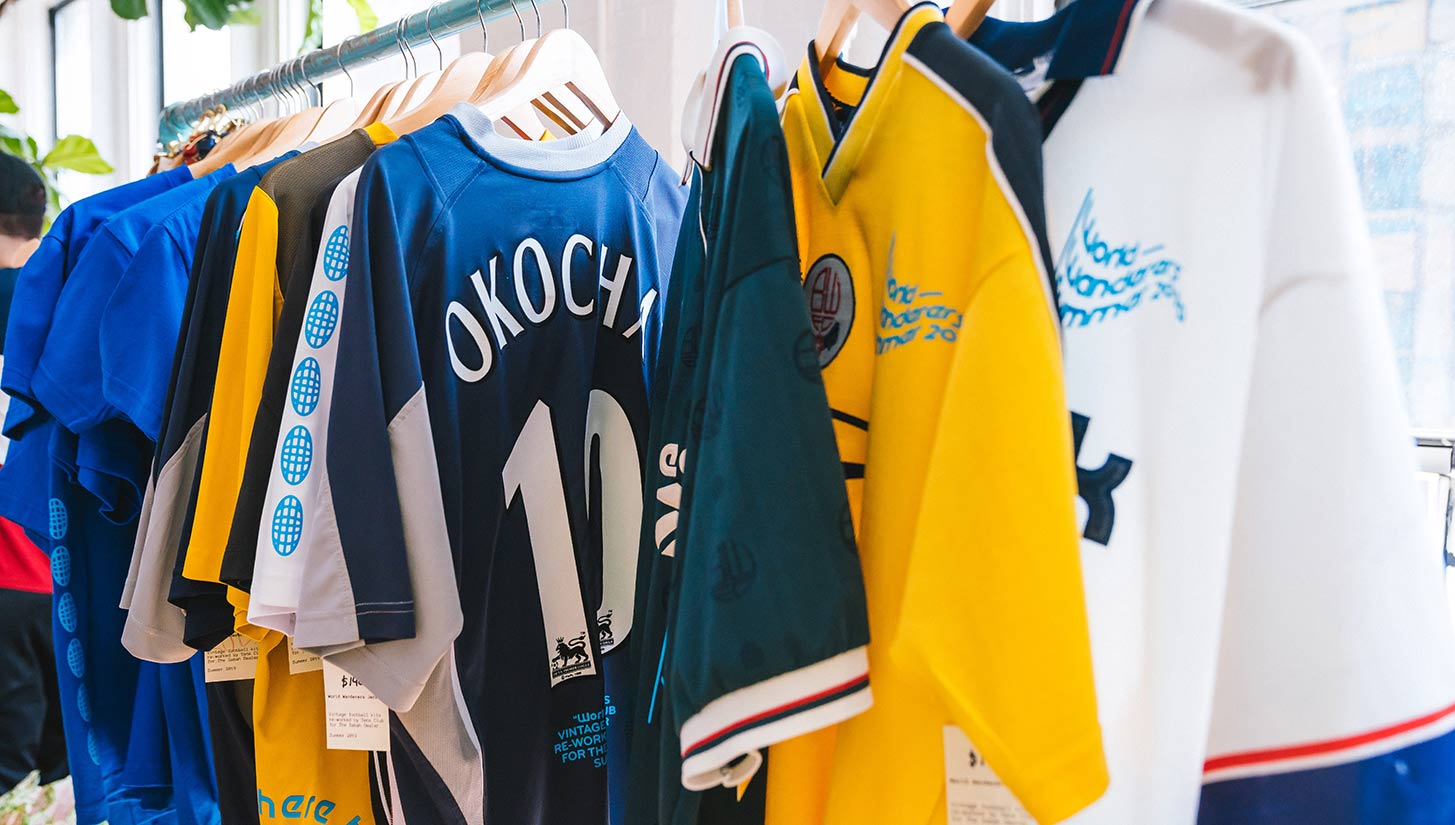 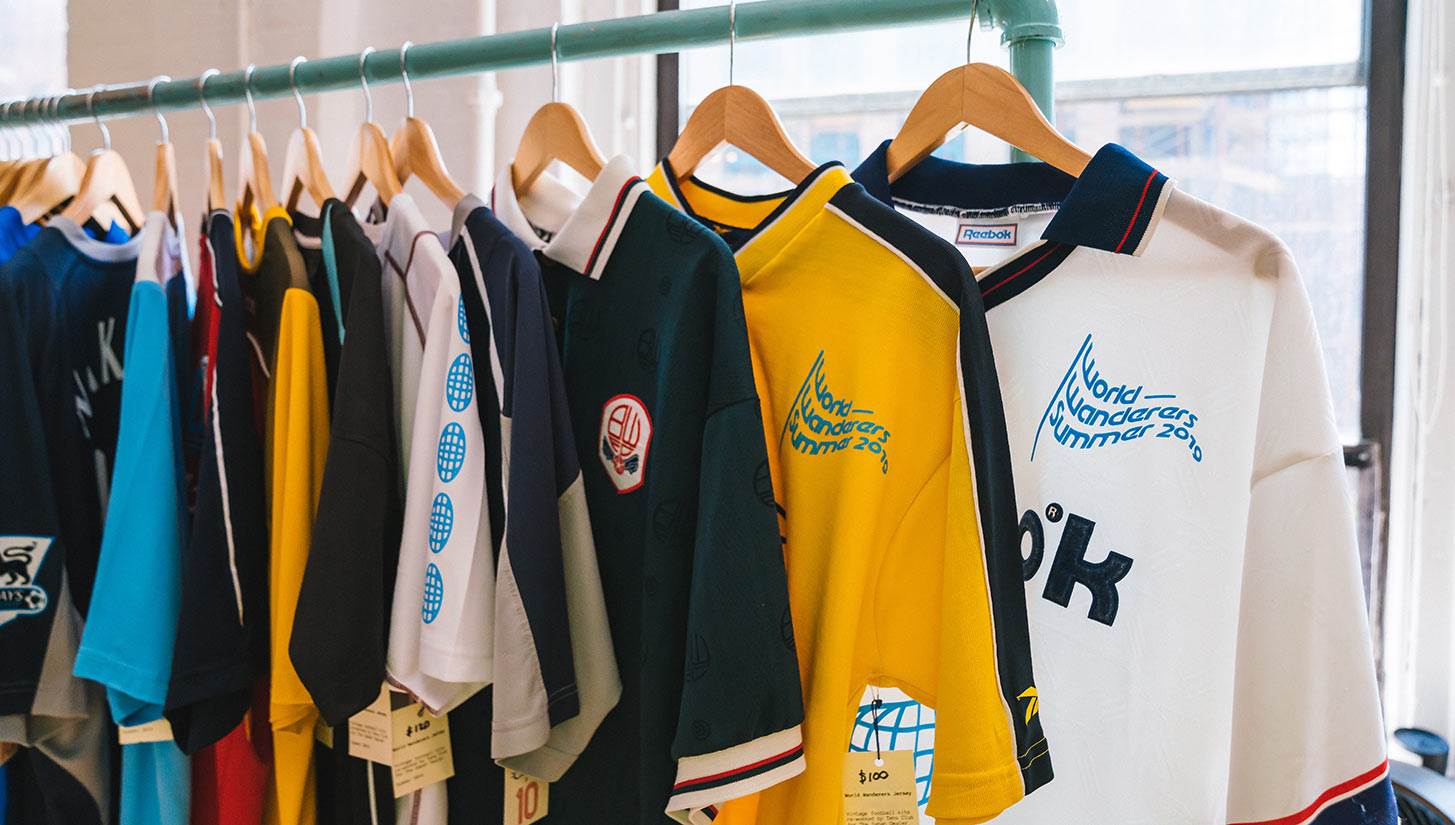 Such is the case when Tens Club and The Sabah Dealer came together for their “World Wanderers” kit collection. On paper, the two brands may seem to have little in common — Tens Club a soccer-crazed streetwear label/newsletter and Sabah a leather shoe company — but they team up to cleverly intertwine their ethos and direction with one another.

The wanderer concept of the collection juxtaposes Sabah’s affinity for travel and globetrotting and the common use of “wanderer” in football club names from around the world — including but not limited to Wolverhampton Wanderers, West Sydney Wanderers, and Bolton Wanderers.

Both located in New York City, Sabah approached Tens Club to put together a watch party for the Women’s World Cup, which then evolved into creating a set of custom kits in classic Tens Club fashion. The collection features 10 reworked Bolton Wanderers kits from the ’90s enhanced with globally-themed graphics such as globes and flags to add to the “World Wanderer” theme. As a finishing touch, Tens Club slapped on trademark No. 10s on the back of each kit (save for the Jay-Jay Okocha jersey, which of course already had the 10 on it). 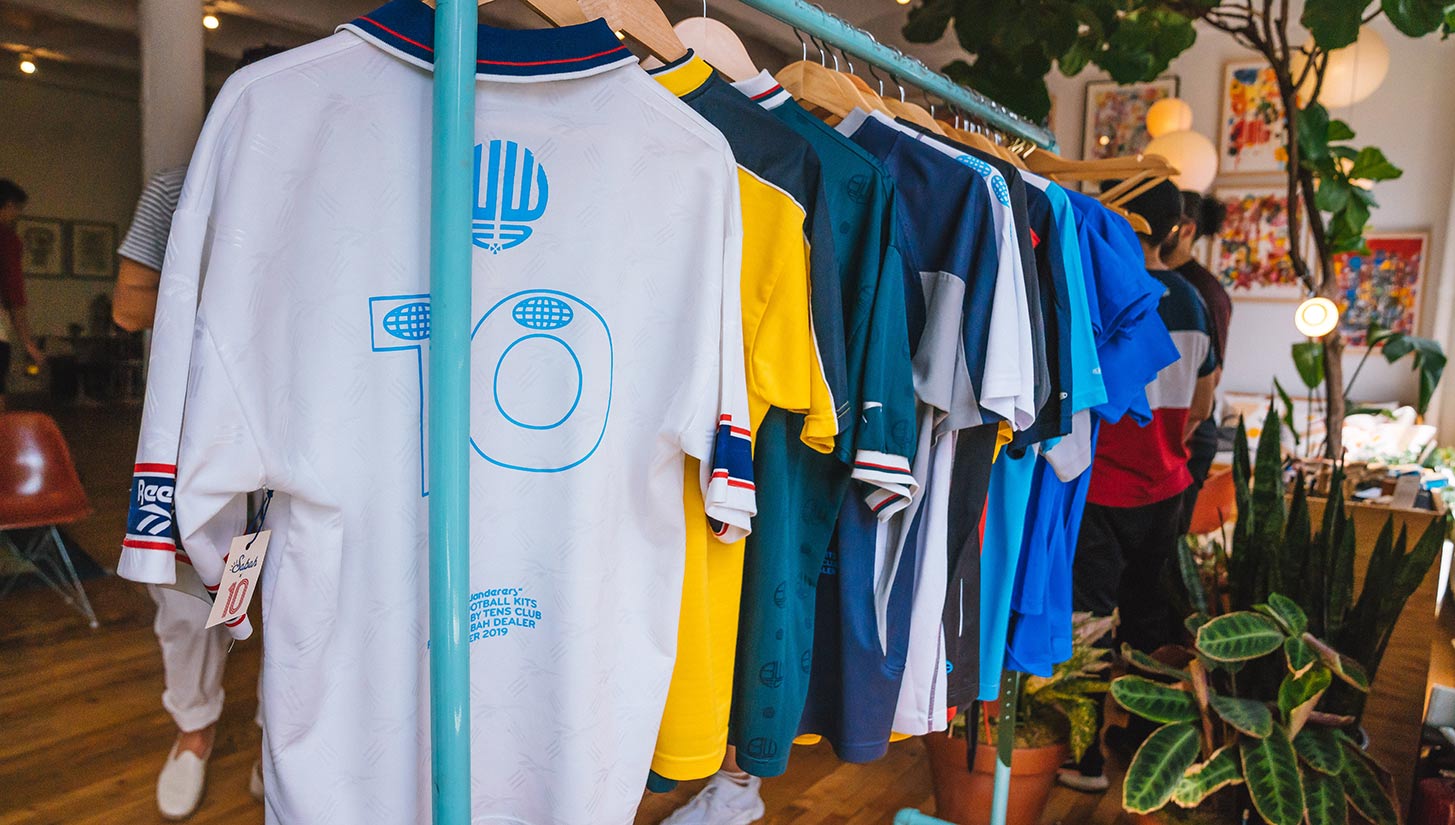 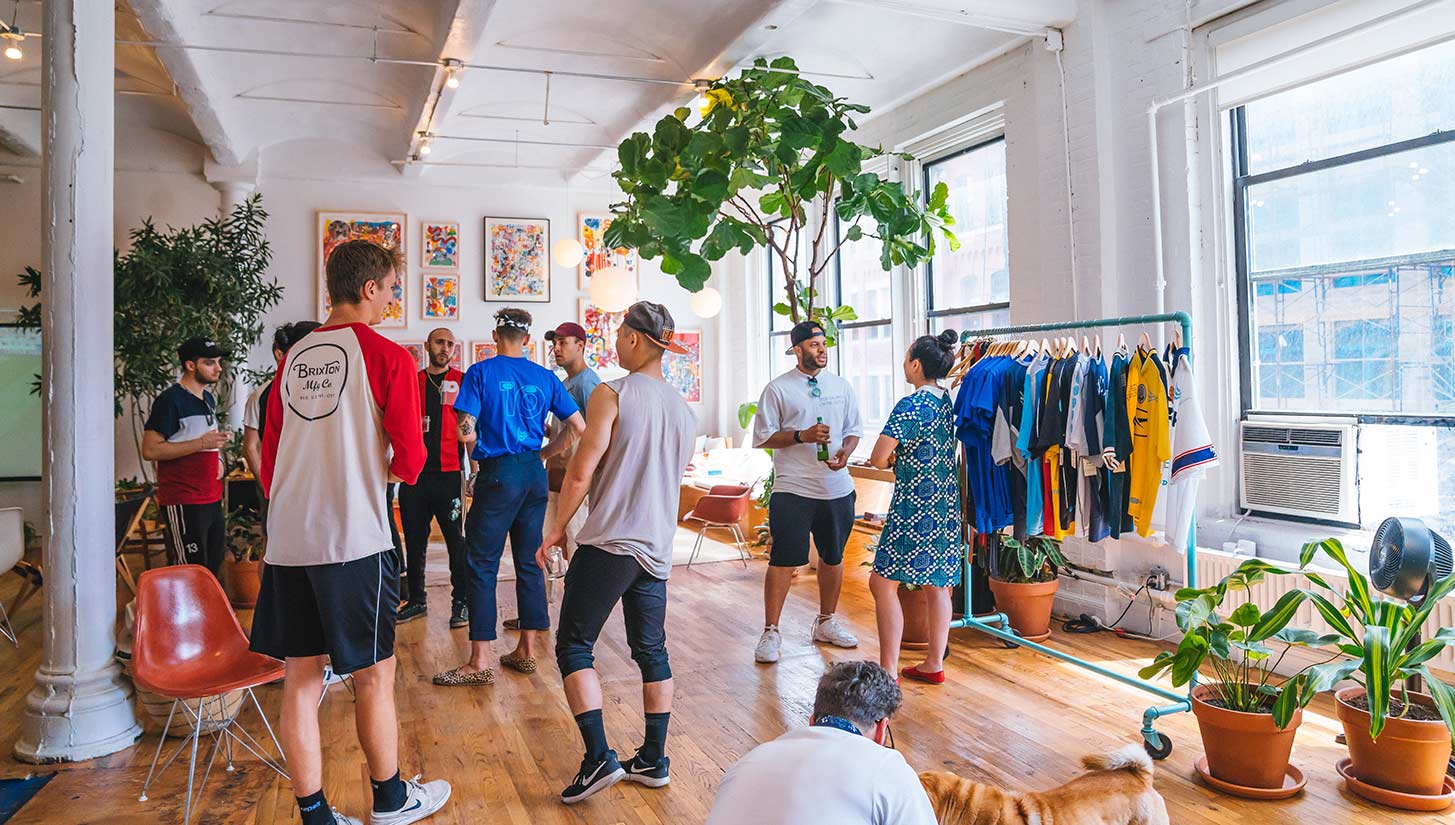 Instead of releasing via their newsletter like other Tens Club collections, the kits were unveiled at a World Cup watch party at the Sabah Studio in New York City, where they were made available for sale. We were able to attend the event and catch up with Tens Club founder Lucas Shanks to talk this year’s World Cup as well as some of the best-looking kits in the tournament.

What excites you most about the World Cup?

This World Cup is the massive stage the women’s game deserves. People get pretty hyped about the U.S. women’s team because they find success a lot more often than the men’s team, but as the women’s game has grown and improved we’re likely going to see the most competitive Women’s World Cup ever, where seven or eight teams have a legitimate shot to win instead of the usual two or three.

Urban Pitch: How will you be watching the games the rest of the summer?

Lucas Shanks: As with every major tournament, I’m using each game as an excuse to get out and watch soccer during the weekdays. Obviously, there will be a lot of people gathered at bars and events to watch the U.S., but I’m hoping people take time off work or other obligations to watch some of the other exciting teams like France, England, and Brazil.

What are some of your favorite kit designs from the countries in the tournament?

I’m excited that big brands went out of their way to build kits specifically for women. Even though they used a lot of the same designs as the men’s kits  — as is common for a federation to wear the same uniforms each year — that’s a huge step in the right direction and makes sense that the women competing at the highest level don’t have to wear kits designed for men. Beyond that, we get to see a few of the kits that weren’t on display in 2018, namely China and Netherlands. They are two of my favorite designs, as they are incredibly bold and chic. Of course, everyone loves the rose gold details on the France kits and we’re all stoked to see Jamaica in the Umbro.

Photography and interview by Sebastian Ramirez for Urban Pitch. 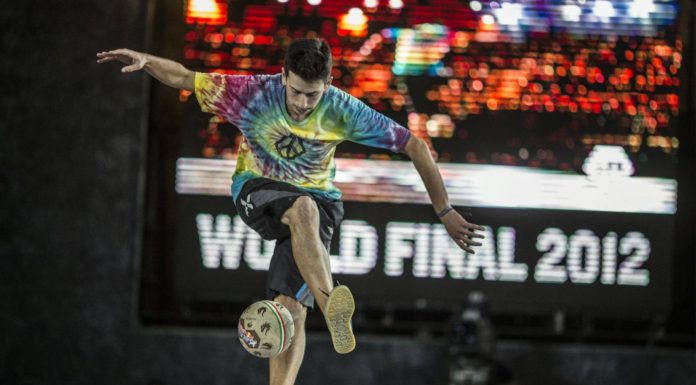