The idea that footballers who play futsal develop into elite, uniquely skilled players, is not a new one among coaches and soccer experts around the world.

In the late ’90s, Simon Clifford, coach of Garforth Town, began hailing futebol de salão as the ultimate way to produce brilliant players. He persuaded Brazilian soccer legend Socrates to come out of retirement and play for non-League Garforth in an effort to promote Brazilian-style soccer schools in the UK, which produced some solid players, Aston Villa’s Micah Richards being the most notable graduate.

But you can go back even further to see when and where the indoor game and futsal began to grow in influence in English football, back another decade to a historically obscure venture called The Guinness Soccer Six.

The year was 1981 when Guinness sponsored a six-a-side indoor tournament, and The Guinness Soccer Six was born. Atari had previously sponsored a similar pilot event and the bigwigs in the Football Association decided it would be in their best interest to keep it going.

The first year Birmingham City won the championships, followed by Arsenal and Tottenham. And these weren’t local lads from the pub putting on a Spurs T-shirt and playing some weekend footy. The teams consisted of actual first-team players from major clubs around England who, due to the lack of European football, were presumably sitting around on weekdays. Soccer Six filled the void in the football schedule that could be beneficial for both the players and corporations.

Looking back on the matches, soccer fans might assume the football stars competing on their off time were playing for the money. But with the winners of the tournament receiving a paltry 50,000 pounds, many now think that players knew the benefits of the indoor game. The real motivator for players may have been for the professionals to keep fit and learn the craft that the Brazilians had been perfecting for decades, thus becoming better players when league play rolled around. Other pundits of the day claim that The Guinness Soccer Six was a way to bring football into the living rooms of fans who didn’t want to wait till Saturday to watch their heroes. But perhaps the best theory of the time was that indoor soccer and futsal was becoming the sport of the future. The games were played indoors and harnessed a family environment, safe from the threat of hooliganism which was rampant in the ’80s at association matches. Trevor Phillips, Commercial Director of the Football League said, “There is a growing belief that indoor Soccer Six could well prove to be the growth sport of the 1990s.” Ironic last words as Luton Town closed out the last season of Soccer Six in 1990.

The idea that the indoor game would benefit the outdoor game came to a halt after that. Professional clubs from England were allowed to compete in Europe so there was no need to fill up time on TV sets with the indoor game, and later with the formation of the Premier League, association football became so profitable that there was no need to bring in added revenue from ancillary events. One variable that is rarely discussed is the idea that British players may have been using the indoor game to enhance their skills and get away from the old “kick and run” philosophies of the old First Division. With the newly formed Premier League, the British clubs didn’t have to worry about that as the influx of new foreign players eventually brought the flare of futsal to the outdoor pitch.

A lot of writers, pundits, and eager young football fans (now grown ups) who watched these games during the ’80s may claim that Soccer Six never really amounted to anything in the UK. Perhaps in the same way that the old NASL indoor teams created no real legacy, no real stars and certainly no special players on the outdoor pitch. Perhaps after watching the most beautiful and poetic football played by Brazil in the 1982 World Cup, British players knew they just couldn’t do the things that Zico, Eder, and Socrates could do and it wasn’t worth trying.

But while the Guinness Soccer Six may have not yielded immediate results, it’s taken another generation to tout the benefits of futsal and the short-sided game. Players like Ronaldo lit up the Premier League with the spirit of Joga Bonito and the street soccer world, and the Guinness Soccer Six was part of educating a younger generation of fans to the beauty of that style of football, fans who may just be coaching futsal and hailing its benefits because of it. Perhaps that’s the legacy.

The Guinness Soccer Six matches can be watched on Youtube. 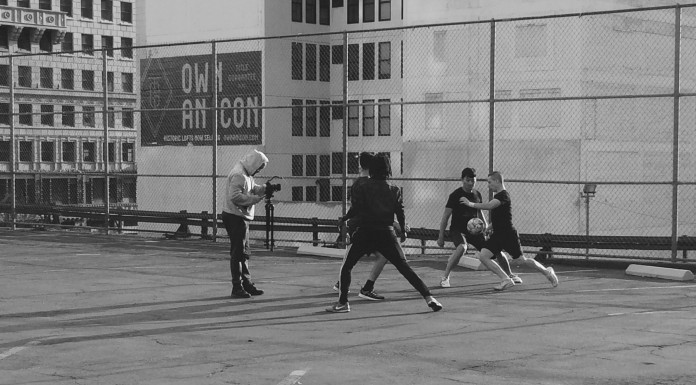 Just How Important is that First Touch? Let the Nike Soccer App Show You