Street Soccer USA is back this year with a bang, featuring its popular street cup in three cities: Philadelphia, New York, and San Francisco. Touted as the “premier street soccer event in the country,” the organization’s signature tournament welcomes players from all walks of life, from the homeless to the weekend warrior, to combine the thrill of the game with a larger goal: fighting homelessness and providing key services to underserved communities.

The 4v4 competition takes place July 9 in New York’s Times Square, and July 16 and 17 in San Francisco’s Union Square, (Philadelphia recently passed), with all proceeds going toward the organization’s social change efforts, including in-school, after-school, community based, and adult programs.

Homelessness continues to be a serious issue impacting communities across the U.S., with San Francisco among the key cities called upon to address the problem. With an estimated 6,000+ homeless individuals in that city alone, the tournament generates resources to support some of the most vulnerable in the area. The San Francisco edition is expected to feature 64 adult teams, and has a much-lauded track record of bridging the homeless population with local companies and community groups on one pitch.

Since its founding in 2007 by brothers Lawrence and Rob Cann (who were both DI college players in North Carolina), SSUSA has enabled the homeless and underserved the chance to play some ball, with the key belief that soccer can be a pathway to profound social change. The organization not only serves as an alternative to the pay-to-play model of youth sports but it has helped more than 4,000 people gain housing and access to critical services, such as substance-abuse rehabilitation and medical care.

SSUSA also has its own field at The Yard in San Francisco, and the group supplies its players (youth 6-18 years old and adults 18-30) training, coaches, social service coordinators, curriculum, and basic equipment. It currently operates 22 programs across 16 cities in the U.S., and works with local organizations, schools, and government entities to create tangible opportunities toward education and employment.

To register a team, volunteer, or fundraise for SSUSA, visit www.streetsoccerusa.org. 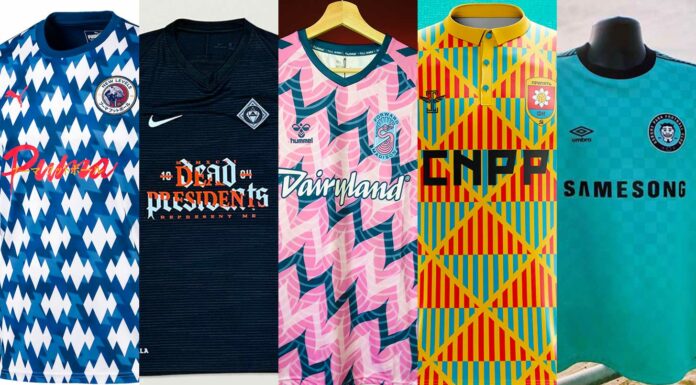