Continuing his ongoing partnership with Nike, grime star Skepta revealed his next signature branded shoe — an SK Phantom football boot. We take a look at Skepta’s biggest heat check yet, and see how it fits in with some of his previous Nike kicks.

Skepta has built himself as an international superstar through his roles as a leader of the grime movement, an elite producer, and a symbol of street luxury.

His journey toward icon status includes a partnership with Nike, and on Monday, he announced his first football boot, the SK Phantom. The boot is red and black with a chrome Swoosh, a blue iridescent heel, and a speckled sole plate. 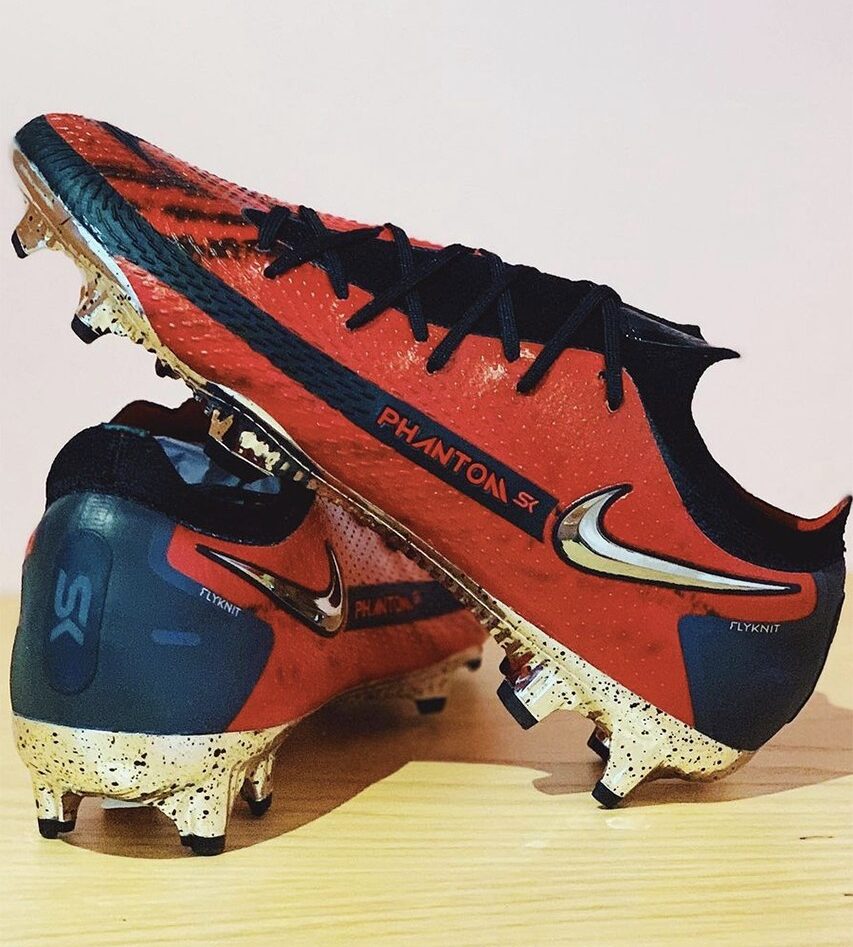 It’s not out of the ordinary for rappers to get their own sneakers — we’ve seen MCs from Master P to Jay-Z to Drake get their own models — but a football boot is certainly groundbreaking. When you’re as on top of the world as Skepta is though, you get to call the shots.

Set to release June 13, the same week the delayed UEFA European Championship starts, Skepta has expressed his excitement for the return of the tournament with the announcement of the boot.

Manchester United forward Mason Greenwood revealed on Instagram that he already has his hands on a pair, and he wore them on the pitch in yesterday’s match against Leicester City. He was also spotted training in them a few weeks ago.

The SK Phantoms are also featured in FIFA 21, which accidentally revealed several pairs of unreleased boots in a recent game update.

Skepta, who once tried his hand (or foot) at the beautiful game in a celebrity match hosted by Virgil Abloh, first collaborated with Nike in 2017. It was an Air Max 97 colored with bronze and green to reflect the royalty he witnessed during a trip to Morocco. He’s since released black and red Shox (remember those?), an Air Max Deluxe with a VHS static pattern, and most recently a blue Tailwind V inspired by butterflies.

The BBK boss has developed a friendship with several footballers, especially PSG’s Kylian Mbappé, to whom he’s gifted several pairs of his shoes. His third Air Max collab featured a white shoe with red and blue swooshes, perfect for the World Cup winner’s home country of France.

The SK Phantom continues what’s already been a solid year for football boots. We got a look at the New Balance Audazo v5, which is one of the top futsal shoes out right now. We also anticipated some of the boots releasing in 2021, including the adidas “Superstealth” pack and PUMA collaborating with Porsche for a fiery red KING Platinum boot. 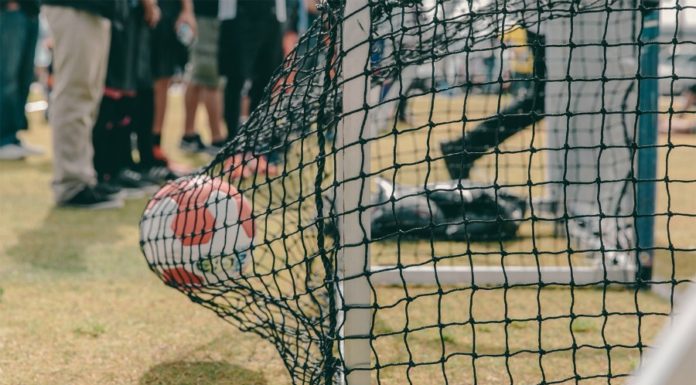