Raheem Edwards has already made a name for himself in his young career, but it wasn’t without a fair share of adversity. Thanks to his competitive fire and unflappable positive attitude, he has made sure his steps forward have outnumbered his setbacks. We get to know the 23-year-old Chicago Fire winger, who has just made his return to the pitch after sustaining an LCL sprain earlier this year.

Soccer was always in the cards for Raheem Edwards. Ever since his youth days growing up in Missisauga, Ontario, he displayed an aptitude for the game that made reaching the top level of Canadian soccer almost inevitable. 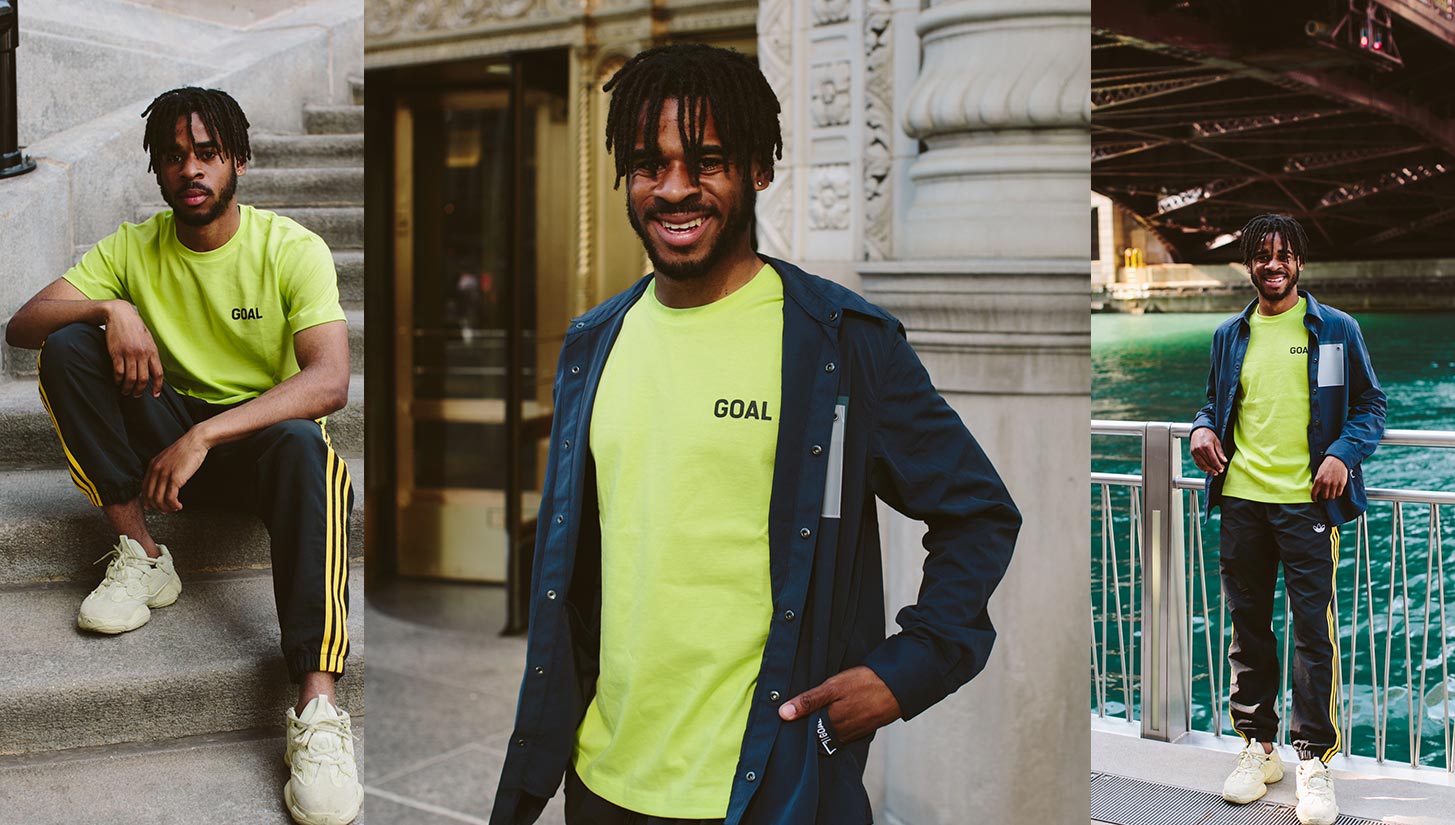 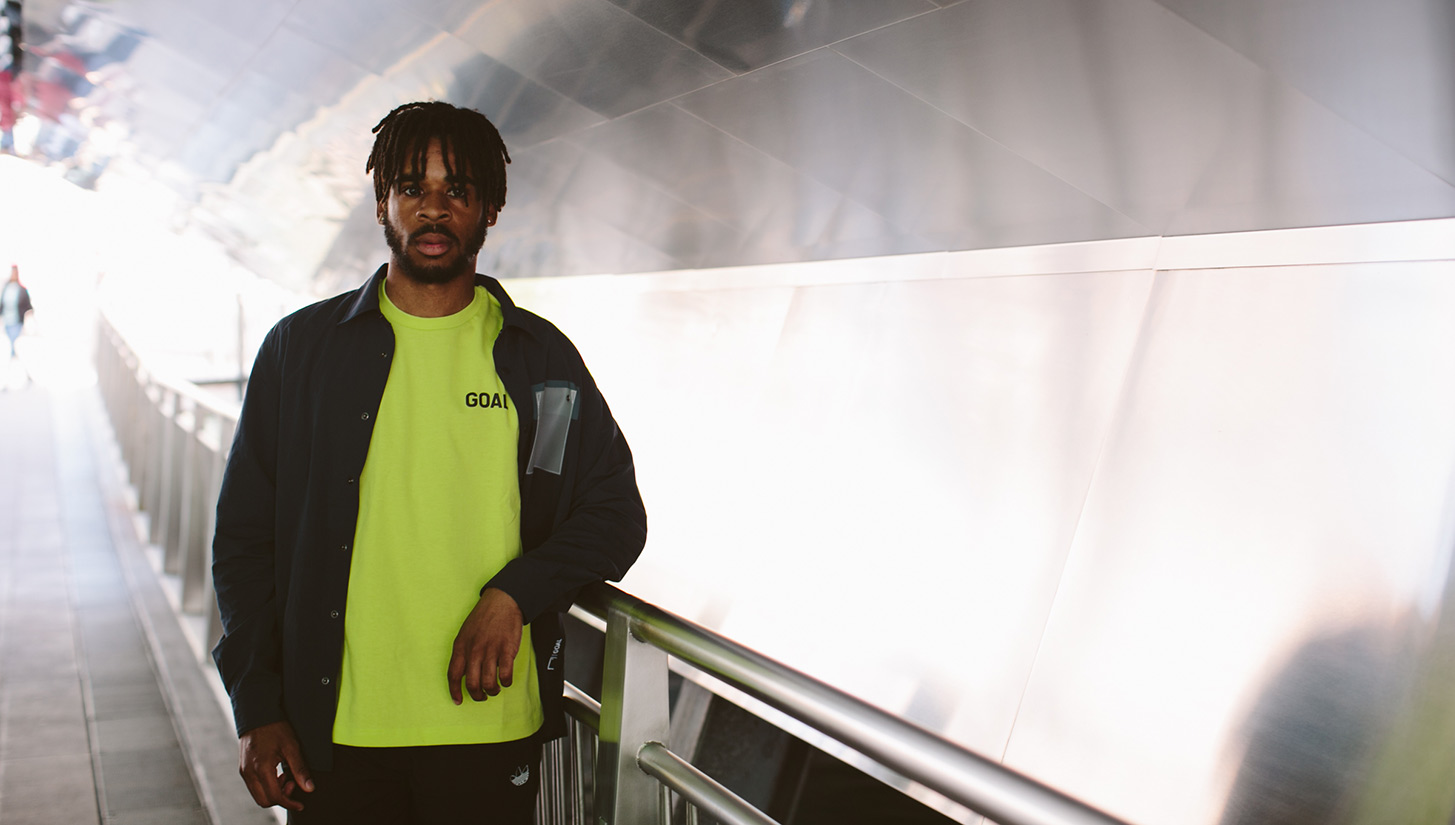 After a successful stint with Erin Mills Soccer Club, he enrolled at Sheridan College, a polytechnic institute and athletic powerhouse. In his lone season with the Sheridan Bruins, Edwards helped guide the team to a National Championship, and his on-pitch impact did not go unnoticed. His career direction for the next few years went one way — forward.

Scouts from the Canadian Soccer Association identified Edwards as a potential new addition to the national team pool, and Toronto FC came knocking with an invitation to their preseason camp. A few weeks of strong play earned Edwards a contract with Toronto’s reserves squad.

Edwards spent two full seasons playing for Toronto II in the USL, making 42 appearances and contributing eight goals. In June of 2016, he made his next move forward, signing a contract with the first team. He made one MLS appearance at the tail end of the 2016 campaign, but he had done enough to convince the organization to bet on him, and they brought him back for 2017.

The wager paid off. Edwards’ pro career officially took off in his first full MLS season, appearing in 21 matches and playing an integral role in Toronto’s dominant run to the top of the Eastern Conference. Losing just five games all season and with an impressive +37 goal differential, Toronto were the clear favorites come playoff time, and they did not disappoint. A resounding 2-0 win over Seattle in the MLS Cup final gave Edwards his second taste of a championship in three years, a winning pedigree that has been paramount to his young career.

“That season was very special, not just for me, but the whole team and the club in general,” said Edwards. “Winning the final was surreal. Not a lot of players in their first year can say that they won an MLS Championship.” 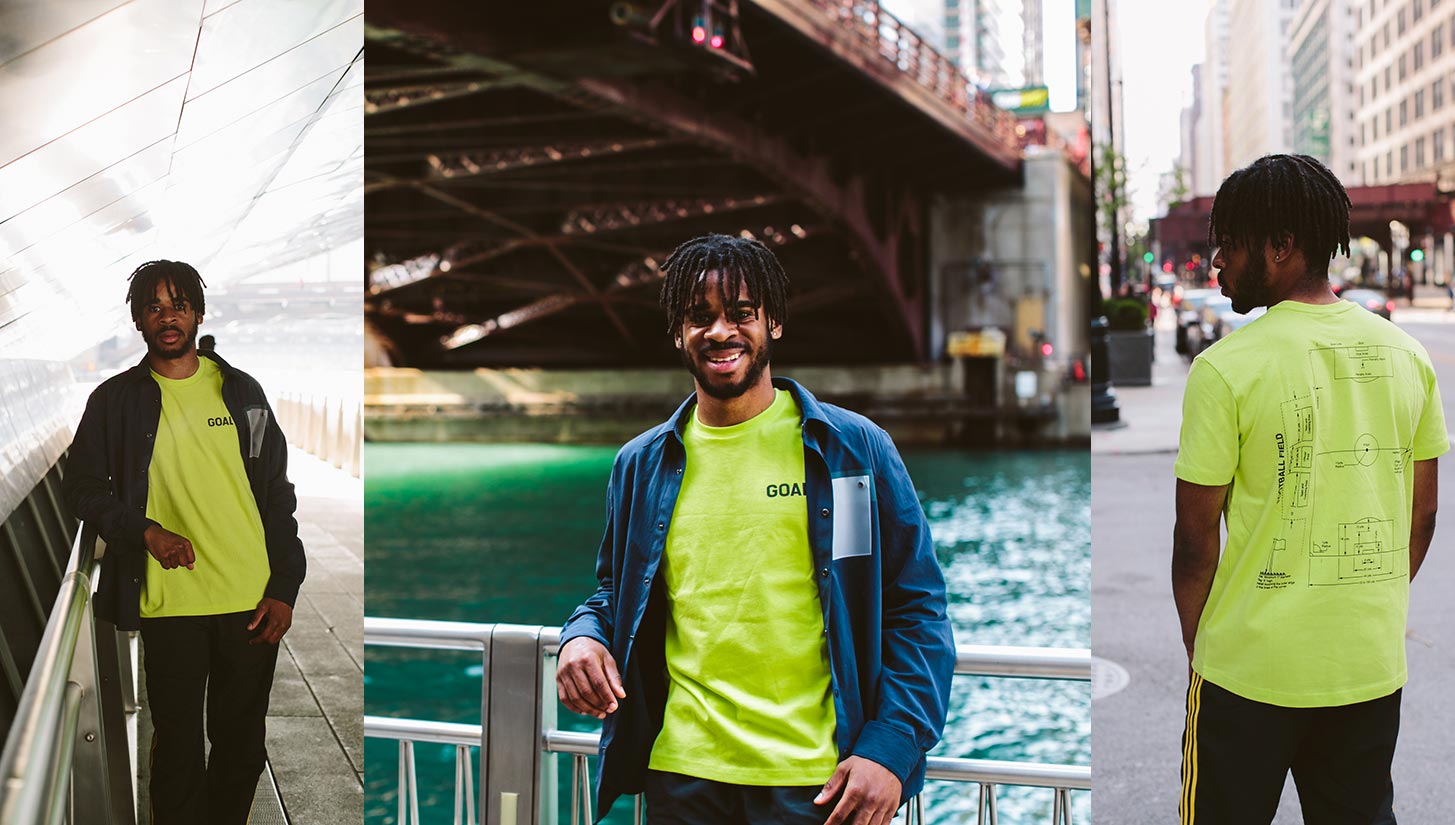 Yet in the world of professional sports, celebrations rarely last long. While his career up to that point had been mostly in one straight forward direction, the next year-and-a-half would send him on a twisting and turning roller coaster ride.

Three days after the MLS Championship game, LAFC selected Edwards with their final pick in the expansion draft and immediately traded him to the Montreal Impact. Fresh off a championship and looking to grow with his Toronto teammates, Edwards’ plans took a sharp turn northeast, returning to Canada (without ever leaving), to join their biggest rivals.

Edwards got off to a solid start with his new team, quickly acclimating to the new digs to score twice in 14 appearances that included nine starts. But he didn’t have time to settle in, as another team was after his services.

After a solid June for Montreal, Edwards went unused in a match against the San Jose Earthquakes. Shortly after the game, he found out why — he had just been traded to Chicago.

“It all happened really quickly,” Edwards said. “When I found out, I had to be in Chicago the next day. It was just a really quick transition.” 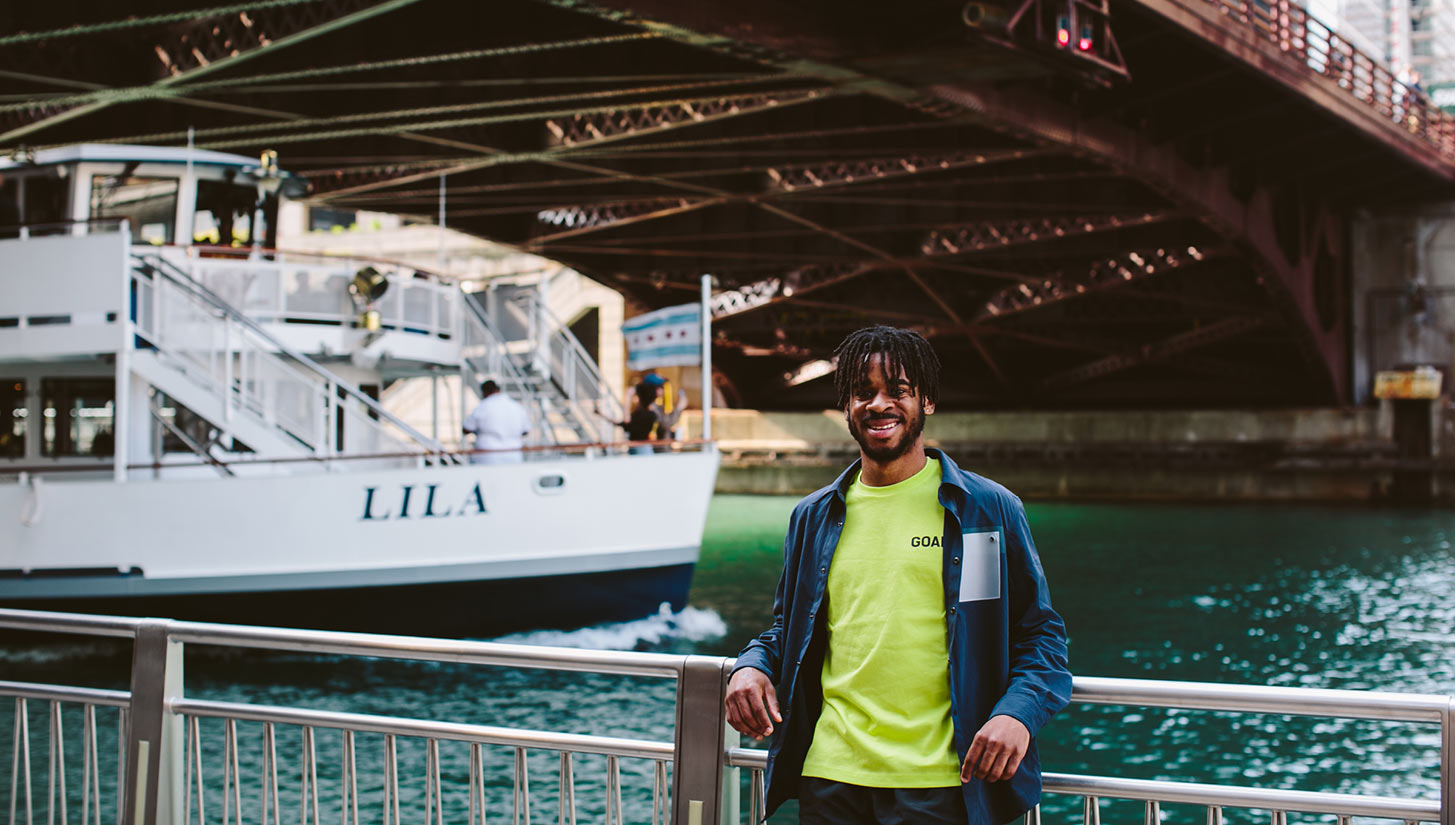 A seasoned pro by now, Edwards made the adjustment smoothly, becoming an immediate starter for the Fire after less than a week of practice with the team. Fittingly, his first game was against his hometown club Toronto FC.

Edwards played the entirety of the match and provided an immediate spark on the left wing. Feasting on Toronto’s defense throughout the game, Edwards finally connected on one of his many incisive passes to find the head of forward Nemanja Nikolic, who promptly put the ball in the back of the net. The Fire would ultimately lose the game 2-1, but one thing was clear — Edwards had found his home in Chicago.

“I was really excited when I arrived,” Edwards said. “I knew Chicago was a great city. Since I’ve been here it’s been excellent, and I’m very happy to be here.”

Clearly the Fire were happy to have Edwards too, as he went on to start 10 of their last 13 games and cemented himself as a key member of the team’s core.

Heading into the 2019 season, the Fire were eager to compete for an Eastern Conference playoff berth, while Edwards was looking to prove himself as one of the most dynamic young players in the league.

In his first action of the season, Edwards subbed on in the 35th minute of the Fire’s match against the Seattle Sounders. Playing as an outside back in Chicago’s 4-2-3-1, Edwards was able to make a number of dangerous runs down the flank.

“You have to know when to attack and when not to attack,” said Edwards. “When you find numerical advantages on your side, a 2v1, or a 3v2, that’s a good time when you can push up as a fullback to help the team.”

In Seattle, Edwards helped the team in a big way, scoring a goal in the 56th minute — a driven header past goalkeeper Stephen Frei — to put the Fire on the board. Despite his slight build, (Edwards is listed at 5-foot-9, 148 pounds), he seemingly always finds ways to win aerial challenges in and around the box, citing a mix of genetics and tenacity behind his uncanny ability to be dangerous in the air. 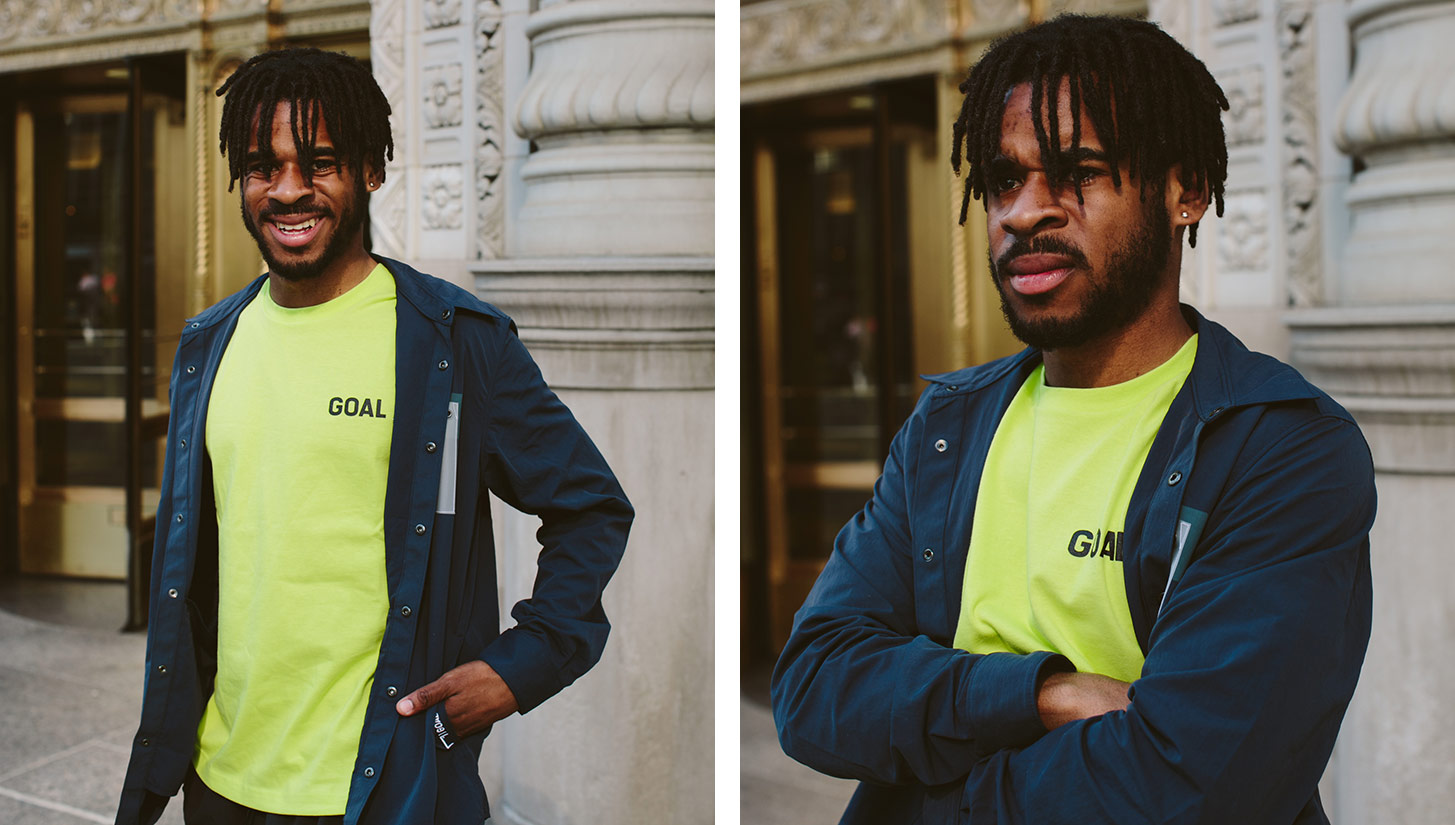 But right as Edwards was beginning to feel comfortable in his role on the back line, he was dealt with another bit of adversity — an injury on the training ground.

It occurred at a practice on April 4, as Edwards attempted to block a teammate’s shot. The ball hit his ankle, and the impact caused a second degree LCL sprain in his knee. Edwards has been working diligently through his rehabilitation process, and rejoined the team on the training pitch just over a month after his injury. We spoke while he was on the cusp of making his return, and he was more than eager to get back on the pitch.

“I’m just excited to play again,” Edwards said. “Just playing again and trying to help the team, that’s the most important thing to me. I’m trying to help get the team back on track and push for a playoff spot.”

Edwards made his triumphant return on May 25 against NYCFC, playing all 90 minutes in the 1-1 draw. The Fire currently sit in eighth place in the Eastern Conference, just one spot out of the playoff picture as we near the season’s halfway mark. 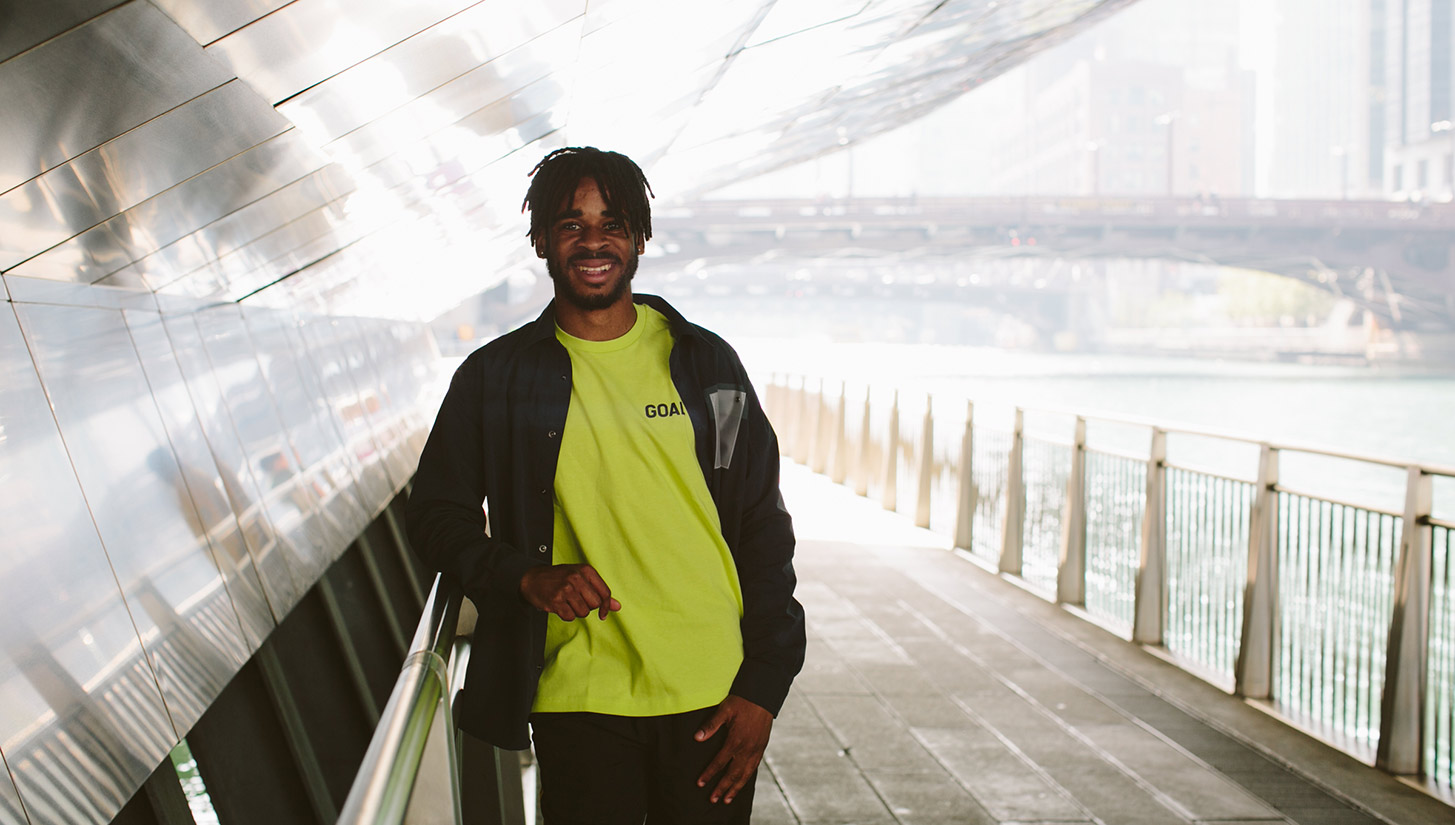 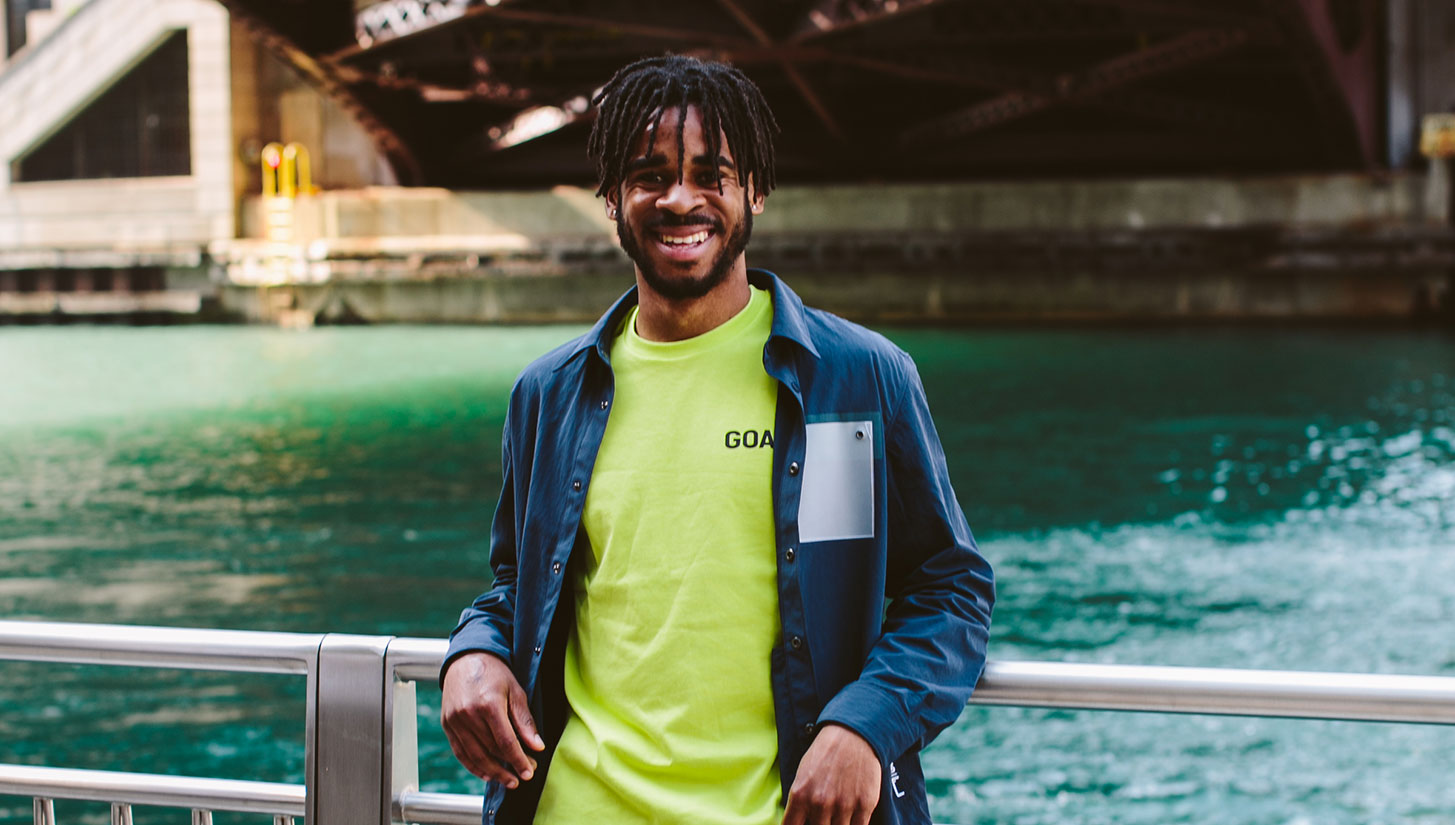 With his 24th birthday a little over two months away, Edwards’ long journey has turned him into the tenacious and unrelenting player he is today. Now back where he’s meant to be, Edwards will provide an instant spark for a Fire team looking for one last piece to push them into the playoffs.

As a young kid, he may not have foreseen his journey bringing him to Chicago, but his goals of becoming one of the brightest young Canadian talents have been met and exceeded. Now his most frequent returns to Canada occur when he puts on his jersey for the national team. He was recently added to the provisional Gold Cup roster last week.

So next time you watch the Fire, be sure to look out for No. 7 in red — he’s back with a vengeance. 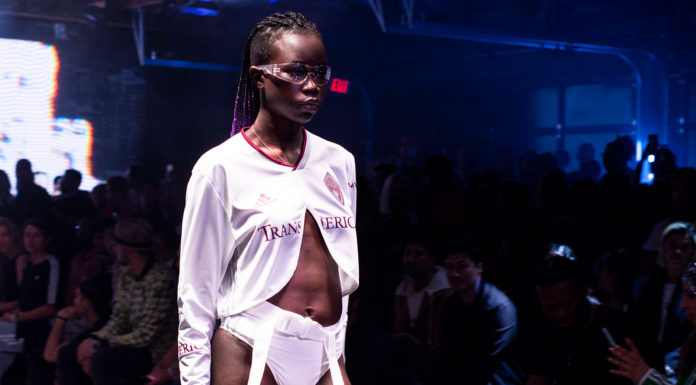