FIFA and PES might dominate the soccer video game market, but real ones remember the cultural impact that Backyard Soccer had. The first game to feature female footballers, we create the ultimate five-a-side squad from the pros and kids in the MLS edition of the classic game.

FIFA 20’s drop last week had the gaming community in a frenzy, but another soccer video game was on our minds as well — Backyard Soccer: MLS Edition. It started with Forward Madison rebirthing the Astonishingly Shiny Cup of All Cups earlier in September. Those who played Backyard Soccer will instantly recognize the homage to the trophy of the same name in the game.

Penchants for nostalgia that we are, we started to miss the dulcet tones of commentator Sunny Day and her British counterpart Earl Grey, the laughable sound effects on fouls, and even the weird robot referees. This game should be in the Football Louvre for several reasons, some silly and others historical. 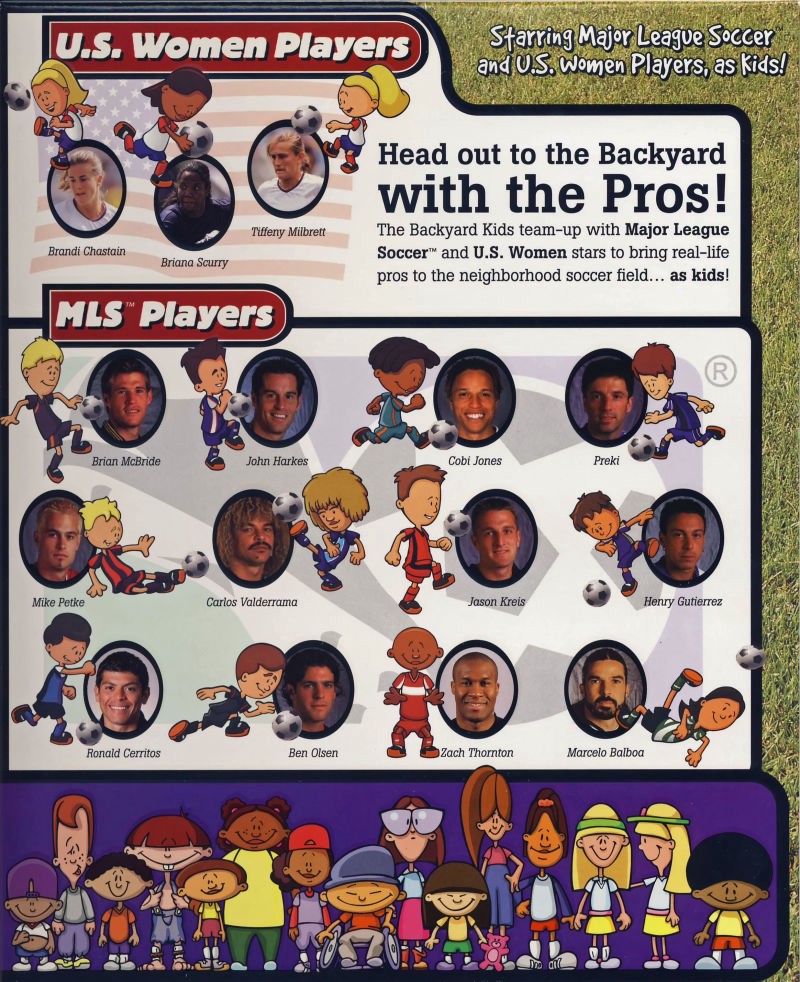 For starters, it’s the first soccer video game featuring women’s players, with U.S. women’s national team stars Brandi Chastain, Tiffeny Milbrett, and Briana Scurry featured in it. Also, it’s wild to see MLS co-signing a game with promotion and relegation between the Premier Division, A Division, and B Division in it. Released in 2000, the game had all 12 MLS teams at the time, which included several now-defunct and re-branded teams like the Kansas City Wizards, Dallas Burn, NY/NJ MetroStars, Tampa Bay Mutiny, and Miami Fusion.

And who could forget the Off the Wall Indoor Tournament? Which got us thinking about picking the best five-a-side team from the players in the game. From youth versions of the pros to the legendary backyard kids, we cooked up the ultimate lineup that’d wreck havoc on any youth or adult tournament.

*Editor’s note: The exclusion of Pablo Sanchez on this list is nothing short of egregious. Note that the views expressed in this article do not represent Urban Pitch’s as a whole. 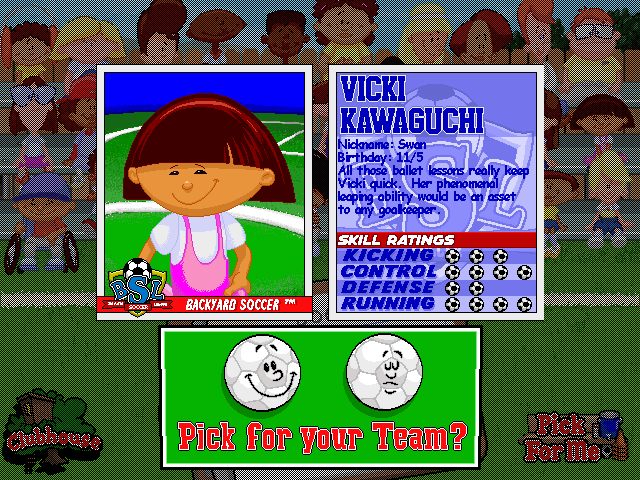 Back in the day, when times were simpler and we didn’t have the numerous skill categories and number ratings of FIFA, there were four ratings and rotating soccer balls up to 10 (condensed to four in the photo above). And we had Vicki Kawaguchi, nicknamed ‘Swan’ because she takes ballet lessons. While defense isn’t necessarily her strong point, her kicking, ball control, and running are elite. Don’t let the tutu fool you, Kawaguchi is a pint-sized Lionel Messi out there, murking anyone who challenges her on the playground.

As long as there’s no Madden curse attached to the Backyard Soccer cover, Cobi Jones is a lock in the midfield. The former LA Galaxy and U.S. men’s national team midfielder is one of the premier all-around players in the game. He’s dangerous every time he touches the ball and can score from basically anywhere in the opponent’s half of the pitch. He’s also one of the most popular players in the Backyard Soccer League apparently, which makes sense seeing as he has the waviest hair and is always cracking jokes.

Gracing the Backyard Soccer cover alongside Cobi Jones is former USWNT legend Tiffeny Milbrett, so who better to partner with him in the midfield? If Cobi Jones is the best all-around player in the game, “Millie” is a close second. 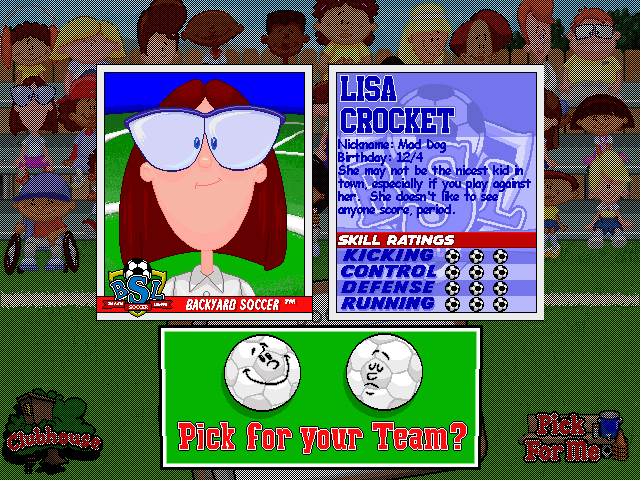 If Kawaguchi is the technical wizard up front, then Lisa Crocket is the enforcer in the back. Crocket is nicknamed “Mad Dog” due to her strength and studious nature, which is further reinforced by those thick frames she’s rocking. It’s not just a look though, Crocket’s a good all-around player who can defend and also get forward on the pitch without completely embarrassing herself. It doesn’t hurt that she’s probably one of the tallest girls in her age group too.

Brandi ‘Holly Wood’ Chastain is a perfect choice for goalkeeper. The former USWNT legend played as a defender, midfielder, and attacker at different points in her career. The ultimate utility player with a knack for big matches and big moments, Chastain can play defense and start the play from the back when needed. Just don’t mess with her chocolate chip cookie dough ice cream, it’s her favorite. At first it may seem like a weird detail for the game to include about Chastain, but we looked it up and evidently, it’s a well-known fact about her.

Former Columbus Crew, Chicago Fire, and USMNT star Brian McBride is the Gourav Mukhi of the Backyard Soccer League. Looking like a fifth-year sixth grader taking a victory lap out there, McBride is literally head and shoulders above all the other kids. Another solid all-around player, he has physical advantages and an eye for goal which are obviously desirable qualities, and his versatility makes for a perfect super sub.

Who’s your top five Backyard Soccer players? Drop them in the comments below. 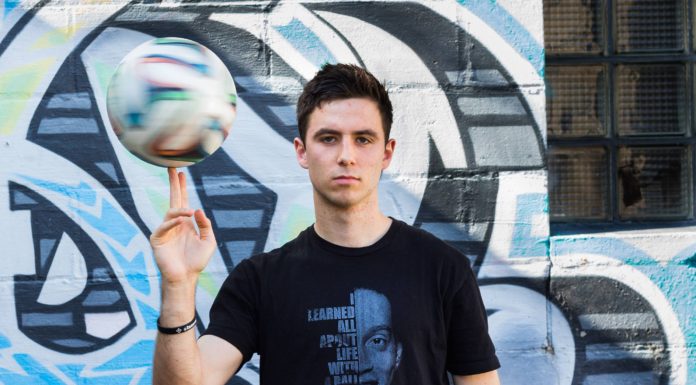