Centered on iconic USWNT goalkeeper Briana Scurry, The Only is an inspiring documentary that — in spite of its name — reminds us we’re never alone.

The legendary 1999 United States women’s national team didn’t just change women’s sports or soccer — it changed America. The ’99ers’ starting lineup boasts legend after legend, record breakers and holders, and many of them are now coaches, announcers, or even club owners themselves.

The two biggest names from the roster are Mia Hamm — probably the greatest USWNT player of all time — and Brandi Chastain, whose World Cup-winning penalty kick and ensuing celebration has become the iconic USWNT moment. But perhaps lost in the hype is goalkeeper Briana Scurry, whose clutch PK save made Chastain’s game-winner possible.

Longtime USWNT diehards know Scurry as one of the two best goalkeepers in the team’s history, but newer and more casual fans may not be as familiar with the iconic netminder as they should be.

Thankfully, The Only, a documentary centered around Scurry’s career and life after it, paints a vivid picture of the ups and downs the only Black starter and openly gay player on the ’99 roster faced. It’s a deeply personal story that sheds new light on Scurry, even for fans that are familiar and look up to her.

In a similar way to The Last Dance, where you knew certain games and moments had to be touched on when telling the story of Michael Jordan, with The Only you knew you were going to spend time at the Rose Bowl in the summer of ’99, and that expectation creates tension through anticipation.

Nearly the entire ’99 team was interviewed for the film. Hearing Hamm talk about playing Scurry in college and seeing grainy SD (probably VHS) footage is nostalgia heaven. Likewise, it is so much fun to then see them ball out in the 1996 Atlanta Olympics, and finally the World Cup where we all know what happens. I had honestly forgotten about how Scurry’s tenure ended with the national team, and to then be followed by her head injury, it’s heartbreaking this time around.

The fist pump in the trademark green goalkeeper jersey. JP Dellacamera’s “SCUURRRY” while the ball flies in the air off an opposing player’s foot. These are core memories for U.S. Soccer. The ’99ers inspired the dominance we expect today. But where did Scurry go after retirement? We saw many of the ’99ers in and around the national team and media well after they retired, but seldom did we see her.

Another way to create tension is through foreshadowing, and The Only tells you from the beginning that there is a dark side to the film and Scurry. Her career-ending concussion saw her suffer from long term symptoms and pain. Because she was on her own, she took to self-medicating, and to make ends meet she actually sold her Olympic gold and World Cup medals.

But where the tension comes in is through Scurry — she is so honest and put together in every interview. She clearly is not the person we’re hearing about, at least not anymore. But how? This is truly the core of the film.

Last season Scurry became a part-owner of the Washington Spirit, the spiritual successor of the Washington Freedom, the last team she played for before her life began to spiral. A symbolic moment in her triumphant return to the game after a long break.

All great documentaries have a universal truth, something so fundamental to the story that it applies to life. It’s what you take away from the film. The Only, despite what its name may imply, reminds us that we’re never alone. A nostalgic and inspiring documentary, it is worth every minute and hopefully is a sign of things to come from Paramount+, as they fortify their women’s soccer programing around the NWSL and the women’s national team. 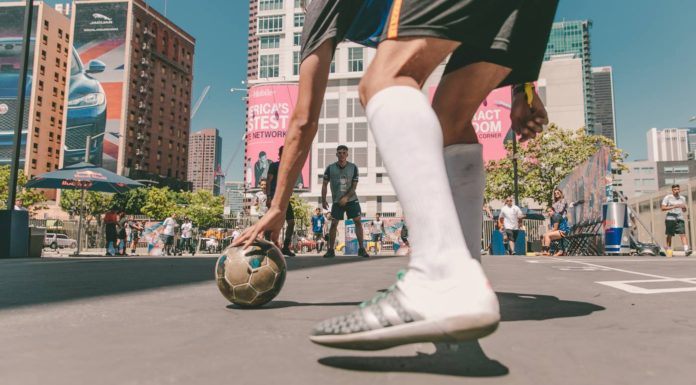