On August 27, 2021 when Manchester United announced they had agreed to terms with Juventus to sign Cristiano Ronaldo, it was heralded as a triumphant return of their long departed hero. Having last played for the Red Devils in 2009, his arrival was seen as the expected restoration of Premier League titles and Champions League glory to the club. Paved by teammate Edison Cavani agreeing to switch to number 21, Ronaldo was given his former 7 shirt, and anticipation was so high that within 24 hours of signing, his jersey sales had reportedly broken the all-time record following a transfer.

While participating in the 2021-22 campaign, Ronaldo led the team in scoring with 24 goals in 38 appearances across all competitions, of which 18 came in league play. However, United finished disappointingly in sixth place while losing in the Round of 16 in Champions League, and Ronaldo went trophy-less for the first time since 2010. The team’s disappointing performances were largely pinned on the aging forward’s looming impact over the club. Although he was oftentimes the lone bright spot in an underwhelming season, there were dissenting voices regarding his attitude and unwillingness to consistently press from his striker position.

The loudest critics have argued that Ronaldo is past his prime, has lost his trademark acceleration, and that at age 37 he no longer has the legs and stamina to be the high-pressing center forward that’s now being required of him. Two coaches have been fired during his tenure thus far, and the responsibilities have been handed over to current manager, Erik ten Hag. The Dutch manager’s initial foray was further complicated by Ronaldo pushing for a transfer in the summer, with the aim of playing in Champions League this season as Man United had qualified for the less prestigious Europa League.

With 12 months still remaining on the two-year deal he signed, Ronaldo approached major clubs across Europe but only found Saudi Arabian champions Al-Hilal presenting a legitimate offer. Ronaldo has made it apparent that enduring a season in Europa League is not an ideal situation for him. At this stage of his illustrious career, Champions League and World Cup matches are his top priorities.

Tensions came to a boiling point on October 19 when Ronaldo refused to come on as a substitute during the closing stages of a home match against Tottenham. Seeing Marcus Rashford start ahead of him and Anthony Elanga come on as first-choice substitute prompted Ronaldo to leave before the match had ended. While some former teammates sided with Ronaldo, the majority of fans and media declared the Portuguese’s actions as being disrespectful to his teammates and to the coach. Ten Hag for his part declared that Ronaldo would train on his own for three days and also miss the next match against Chelsea as a disciplinary measure.

To try to understand Ronaldo’s perspective, we would have to try and comprehend the mindset that enabled him to become the very best in the world.

As unexpected as these turn of events may appear for a five-time Ballon d’Or winner, it’s unsurprisingly the historical pattern when it comes to elite athletes who are the very best at their given sport.

It’s easy to remark that the gradual fading of one’s abilities is the shared experience of anyone who has lived into middle adulthood. Therefore, professional athletes and even superstars, while it being more difficult, should accept this physical reality with maturity and grace. Ronaldo’s harshest detractors insist that his speed, reaction, and skills have all diminished while his ego remains detrimentally unchanged. Additionally, he should set aside his pride and accept whatever supporting role is asked of him for the betterment of the team. To that, I say they could never even fathom his circumstances and are entirely unworthy of judging him.

To try to understand Ronaldo’s perspective, we would have to try and comprehend the mindset that enabled him to become the very best in the world — a position he has arguably maintained for the last 14 or 15 years. It goes way beyond his skillset in order to encapsulate his all-consuming drive, dedication, and sheer willpower. A regular person could never relate or come close to understanding his predicament.

We actually don’t have to look very far to see a parallel in what’s happening with Tom Brady in American football. Widely considered the greatest quarterback of all time, now in his 23rd season and at age 45, Brady is facing his biggest hurdle yet.

After more than two decades of competing and being the most decorated player in NFL history, it’s inevitable that there would be some physical decline. However the circumstances of Brady’s floundering season — an under .500 record after seven weeks for the first time since 2002 — seem to go beyond reasons simply attributed to Father Time. Sideline outbursts, broken tablets, and questions about his commitment have pointed to a change in his mental edge that had previously been the league’s model of stability. A surprise return just 40 days after initially announcing his retirement may indicate in part his unwillingness to accept his diminishing status at the top of the league.

Similarly, Michael Jordan was unable to ride off into the sunset and stay retired after what many fans had deemed to be the perfect ending to his unrivaled career. When he made a comeback at age 38 three years after his second retirement, he was clearly not the same player that had previously dominated the NBA while winning six championships. Yet his ego and drive still remained unchanged, although his body was no longer able to perform at his peak level. There are many stories of Jordan during this time clashing with rookies who didn’t fit his timetable expectations and also with veterans because he was unwilling to relinquish alpha status while no longer being the dominant player on the court.

Countless stories of Kobe Bryant’s dedication and relentless pursuit of becoming the best have become almost mythical in their retelling. Elite athletes considered the best in the world have recounted personal experiences of being unable to match his maniacal approach to the game. Yet, as beloved of a player as Bryant was and has become since his unfortunate passing, the last three years of his playing career were marked by ongoing controversy. As a result of natural aging, various injuries, and resultant diminishing abilities, many in the basketball world questioned the prudence of the Lakers giving him a two-year contract at $48.5 million. Lakers fans called his team loyalty into question and deemed him selfish for not taking less salary, being reluctant to accept a reduced role, and not deferring to his younger teammates.

To question why the very best of the best are unwilling or unable to accept their physical decline and simply adjust without ego would suggest that they do not understand the very mindset that enabled them to become so great in the first place. Ronaldo may be having difficulty in accepting the inevitable aging process, but he’s not alone in that those few who have ascended to the highest peak all face similar struggles. 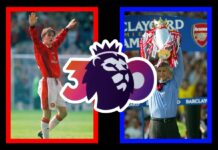