Freestyle football today has evolved into one of the most innovative and creative sports in the world. Every day, there are new videos with new tricks, a sign that the sport is growing and that athletes are pushing themselves. In the first of our Origins of a Move series, we seek to answer where some of the world’s signature tricks and moves began. Where did the creative spark originate? We dug into the history and traced the roots of the move, starting with a freestyle staple, the Around the World or ATW for short.

The ATW is a foundational move in a freestyler’s repertoire. The basic mechanics of it entail popping the ball up with one foot while juggling, then using the same foot to do one full rotation, or revolution, around the ball.

The move is unique because you must keep the ball in the air while performing a difficult leg circle, and then continue juggling. No drops or extra touches allowed. Since the first time this move was performed, there have been endless variations, some incorporating both legs and as many rotations as (currently) humanly possible.

ATWs are also subcategorized as insides and outsides, depending on the leg and direction of the circle. A right-footed ATW with a clockwise rotation, for example, would be considered an outside ATW. A left-footed clockwise ATW would actually be considered an inside revolution.

Many technically proficient, “hardcore” freestylers today are focused on mastering increasingly difficult combos of ATWs. In fact, this area has become more and more important when it comes to earning points in high-level competitions. So why is the ATW so special? The simplest way to understand it is to try it out yourself and experience what it takes: the perfect touch, the right spin, muscle endurance, consistency, and speed are all factors in executing the move.

The ATW falls under the category of lower body moves in freestyle, also known as ‘lowers.’ Let’s take a look at its timeline.

The ATW can be traced all the way back to the late 19th century. Professional jugglers, like Francis Brunn, would perform tricks with a ball, and in fact circus performers were responsible for creating some of the key moves and concepts of what is now known as freestyle. The first public performance of an ATW is believed to have been done by one of the greatest jugglers of all time, Enrico Rastelli.

Fast forward to 2006, when a certain Nike advertisement (Joga Bonita) managed to ignite a whole generation of athletes—footballers inspired by the skills of Ronaldinho and company to go out and learn freestyle moves. Then came the viral video of the now-legendary Soufiane Touzani, whose freestyle and ground moves took the world by storm. Touzani had his own spin on the ATW and graced us with the Touzani Around the World (TATW).

From there, a select few created signature variations, which include the Mitchy Around the World (MATW) created by Mitchell James Penn, the Lemmens ATW (LATW) created by the Norwegian freestyler, the Palle ATW (PATW) created by Rickard Sjölander aka Palle of Sweden, the Skora ATW (SATW) created by Polish pioneer Paweł Skóra, and the Skala ATW (SkATW), created by another Polish freestyler, Skala, who happens to be the brother of much-decorated freestyle champion Szymon Skalski.

To give you an example of the difficulty of these original inventions, the LATW is a double ATW which includes circling your foot twice around the ball without a middle touch in between, while the PATW requires 3-revs—both are considered staple moves amongst elite freestylers. Currently, Indi Cowie is holding it down on the women’s side by being the only female freestyler in the world to successfully land the PATW.

By using crossovers and hops, freestylers have been able to push the limits of the ATW, making it one of the coolest and toughest tricks to master. Some of the more advanced modern-day ATWs include the Beck ATW, which includes a continuous combination of four tricks: an ATW, reverse crossover, another outside ATW, and a crossover. These kinds of difficult combos are what differentiate some of the top freestylers in the world, especially when it comes to hardcore lowers.

“I love that the progression of this trick and all tricks create a great parallel to the origins and progressions of skateboarding and similar extreme sports,” said pro freestyler DJ Diveny. “The skateboard hang ten progressing to one wheel manuals is like an ankle stall progressing to the J-stall. A kickflip to a 720 impossible is [like] an ATW to a PMATW. The possibilities are endless as both sports have been around for decades now and show no sign of slowing down.”

The next question to ask, then, is what will be the next variation of the ATW? How far can the combos go? Dawid “Lipa” Lipski is arguably the closest in landing the 4-rev, while many lowers specialists are keeping their technique sharp. It’s a question that will surely be answered with time and the growing level of talent worldwide. 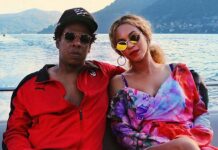 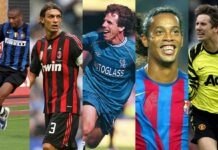 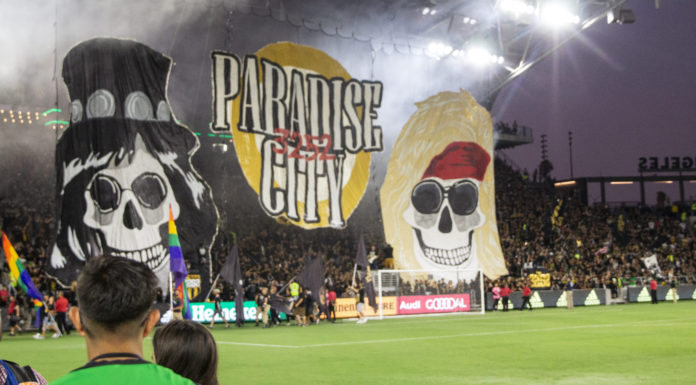