Here is our latest Urban Pitch Anonymous Mailbag, where we answer your unfiltered questions and replies to our stories or any particular issues and topics in soccer and culture today.

I’d like to wish everyone a happy and much better new year! It shouldn’t be too big of a stretch considering the type of year 2020 was for most people around the world. Hopefully you were able to spend your holidays with your family and loved ones. I was able to spend mine with my family and took the time to give thanks for all of our blessings despite the circumstances.

In the soccer world this year, it’s still a mixed bag of uncertainty. The seasons of most leagues will be impacted in some way or another and it’s still to be seen whether fans will be allowed to attend matches in different parts around the world. I think fans should use 2021 as an opportunity to explore different teams and leagues in an effort to broaden their scope and appreciation for the beautiful game in its many different forms.

As always, you can send any questions or comments on any topic with your anonymity guaranteed to: info@urbanpitch.com.

Here is the latest Anonymous Mailbag:

Re: Major League Soccer Should Learn From the NBA’s Documented History of Great Moves and Horrible Mistakes

Athlete-first marketing is key. NBA mastered putting their talent above the shield. Also, I would say being honest about where the best talent comes from and creating pipelines [is important]. I’m shocked that MLS doesn’t do more recruitment in South America where league structures and pay aren’t always as good as the MLS. Lastly, a deep focus on digital content diversification, offering more than just one POV of game content but an amalgamation of aesthetics, lengths, and creative. — Youth Club Coach

I do think the NBA did a phenomenal job of marketing their athletes, in particular their stars, above branding the league itself. However it’s obvious this was the right strategy and it’s paid dividends as a result. I’m not sure that they have done a great job at creating pipelines though. Their relationship with the NCAA and AAU have been somewhat wary in the past, although it has gotten much better over the years. I also think Lavar Ball’s creation of the JBA had a boosting effect in the NBA improving its own G League structure and increasing salaries as part of their new pathway program.

As far as recruiting more in South America, I do think MLS could do a better job of identifying foreign prospects. I think a large part of that was due to the fact that our academy and reserve team systems weren’t structured well enough to take advantage of these players even if scouts were able to identify them. Historically, if anything, there was probably more chances for American players to find playing opportunities in Mexico and Central and South America. Hopefully, that will begin to change soon as our lower division leagues and academies begin to raise their bar of professionalism.

Re: Major League Soccer Should Learn From the NBA’s Documented History of Great Moves and Horrible Mistakes

Interesting take!!!! I love that when I went to the basketball world [to train high school players] it was incredibly better [than soccer]. Of course the shutdown precluded me from transitioning to college but it’s so much more lucrative and enjoyable. — Celebrity Trainer

It’s a sad fact that in America there is so much more money in pro basketball, as well as the other major sports, compared to pro soccer. My main point is that we need to start ramping up the overall level, including investment and salaries, for MLS to get to the next level. We’re past the incubation and early growth phases and it’s now time to be more aggressive.

We have to stop playing it safe and conservative in order to grow beyond a niche sport and be embraced by the mass market. It’s now time to make big boy moves and stop taking baby steps. I believe MLS today is at a similar point in its history comparable to the NBA in the early ’80s. Now we just have to find our Magic and Bird and market them like crazy. 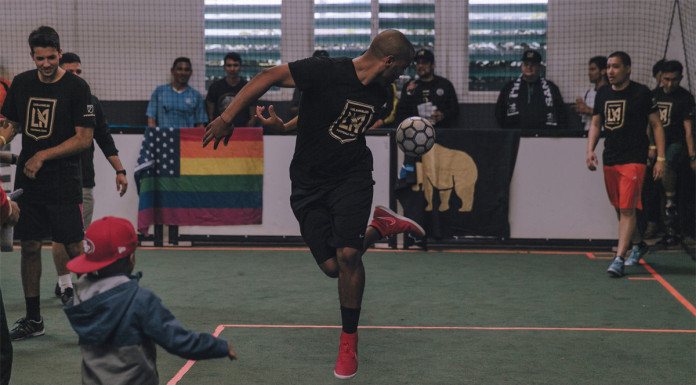