In the crowded world of Nike, Adidas, Under Armour, and even Puma, you might not think there’s room for yet another major brand to enter the market of the world’s most popular sport, and yet New Balance has done just that, and it may bring an interesting angle as the challenger brand.

Recently, the well-known running company tossed its hat into the football ring by moving its soccer line, previously under its subsidiary Warrior, into the main branch of New Balance. For European football, this means NB carries on its relationship with star players like Navas, Ramsey, Ledley, and Luongo, close collaborations with clubs like FC Porto, and continues making one of the best-selling kits in the world with Liverpool’s jerseys.

They even have a Furon v. Visaro concept, clearly mirroring Adidas’ Ace v. X variable player lines (one for the crazy goal scorer and the other for the sensible playmaker), that has been creeping into the market as a legit alternative to Nike and Adidas’ more pricey outdoor boots.

What’s interesting in addition to NB aligning itself with soccer pros, producing a catchy hashtag, and releasing kits in blinding neon color schemes, is their recent attention to small-sided football. NB’s Audazo line is specifically designed for indoor, futsal, and turf, with boots built for the small-sided footballer. Details like fresh foam cushioning for hard impact, a breathable mesh top, and a synthetic slim fit aim to give ballers freedom for fast moves and the ability to make quick plays, while protecting them from the severity of hard-court services. The line offers variety based off the nuances of futsal, indoor, and hard outdoor pitches, like turf, with futsal boots looking just a tad sturdier than the street boots, and turf shoes featuring short studs.

They’ve also recently launched a “Run the Game” video series featuring young ballers pulling off some advanced street skills in the vein of Nike FootballX, which even in its early stages is not too shabby.

Maybe it’s the rise of street football amongst millennials and the cultural shift led by a young, fast-paced, and style-driven medium, or the highly anticipated futsal league in the U.S., or the recently wrapped and star-studded Premier league in India, or simply the ubiquitous nature of street football in every corner of the globe—small-sided soccer seems to be getting everyone’s attention, not necessarily because it will produce more revenue for a company, but because it has the potential to significantly expand a brand’s audience. By that measure, NB may only need to make a fraction of its dollars from its football lines, so long as it exposes New Balance to the burgeoning pool of ballers worldwide. And for what it’s worth, the NB boots seem pretty comfortable too, even if they are bright yellow. 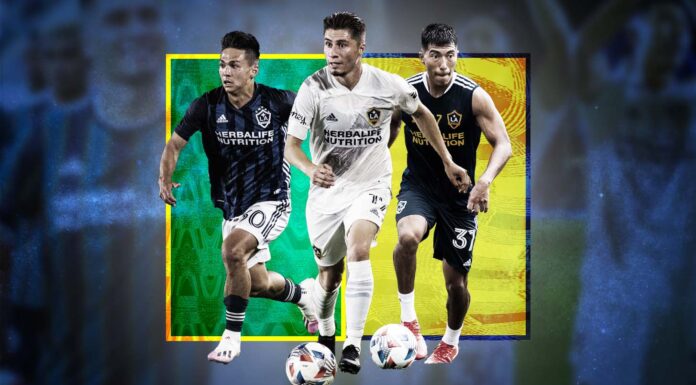