With the NBA in Paris last week, some of the world’s biggest basketball and football stars got a chance to kick it together. With some hoopers showing off their footie skills, we put together a roster of NBA players that we’d love to have on our five-a-side team. In addition, we say goodbye to Kobe Bryant, an all-time legend who was taken far too soon.

The two biggest sports in the world, football and basketball feature plenty of overlap — including between the athletes who play them at the highest level. While we’ve yet to see someone go pro in both sports a la Bo Jackson or Deion Sanders, there’s more than a handful of pros in one game who can hold their own in the other.

We’ve seen Antoine Griezmann draining long-range jumpers and Christian Pulisic throwing down a dunk, but for the purposes of this story we’re going to focus on the inverse — basketball players with an arsenal of tekkers.

?⚽️ The @Bucks take the pitch!

The NBA came to Paris last week, and reigning MVP Giannis Antetokounmpo got a chance to hang out with PSG at Parc des Princes. In addition to getting a custom kit alongside his Milwaukee Bucks teammates, he got a chance to show off his footie skills in a game of keepie-uppie with his brother Thanasis.

Giannis’ impossibly adept touch for his size got us thinking — which NBA stars would we want on our five-a-side squad? From current players to retired stars, we compiled a roster that we’d put up against any other.

A floor general with a pair of MVPs in his trophy case, Steve Nash was a no-brainer first pick for our squad. Through his foundation, he puts on multiple charity soccer tournaments and celebrity matches every year, and he’s certainly got the skills to participate in them as well.

Growing up in British Columbia, Canada, soccer and hockey were the original sports he picked up before basketball. He maintains his love for the beautiful game today, and is a co-owner of the Vancouver Whitecaps in addition to providing Champions League analysis for Bleacher Report. He’s putting his tekkers to the test on a regular basis, whether it’s through his ongoing header challenge with NBA players or partaking in keepie-uppie races with Antoine Griezmann (and surprisingly holding his own).

Nash has attributed his virtuosic court vision to his soccer days, and we’d be more than well off with his distribution skills on the street pitch.

An almost unbelievable combination of size, speed, and coordination, we’d be remiss to leave out Giannis Antetokounmpo, who certainly deserves a better alias than “The Greek Freak.”

Like many other European NBA players, Antetokounmpo grew up playing the beautiful game, and while he gravitated towards basketball, he’s still retained some skills from his childhood. As an NBA rookie, he nailed a long distance shot to win a scooter at a Milwaukee Wave Major Indoor Soccer League game. As we saw above, he’s got some juggling skills, and his incredible length makes for an invaluable addition on either wing.

The self-proclaimed best soccer player in the NBA, Joel Embiid brings a sense of trash talk to our squad. The 7-footer has played the game his entire life, and has taken part in several of Nash’s celebrity matches. The three-time NBA All-Star is just as creative on the pitch as his is on the court, and he won’t let a history of back injuries prevent him from attempting absurd bicycle kicks.

We’re assuming that the games we play will be without goalies, but on the off chance that we enter a tournament with keepers, Embiid’s size and rim-protecting instincts would make him the perfect candidate.

The Slovenian phenom that has taken the NBA by storm in just his second season, Luka Doncic is the only player on this list to have played with Real Madrid. OK — maybe it was their basketball team, but Doncic does have a feel for soccer. Growing up in the Real Madrid basketball academy, he often tried to hold his own with some of the footballers housed in the same campus.

Doncic’s football instincts got him into trouble on the basketball court, as his first career ejection in 2019 came after a botched juggle attempt that sent the ball into the stands. But if he can shore up his touch, he’d be a nice complement to the rest of our roster.

Yet another European star who grew up playing soccer, Nikola Jokic’s versatility is his strongest trait. Supreme vision, monolithic size, and a knack for finishing, Jokic’s basketball skills should translate nicely to the small-sided pitch.

Video from a Denver Nuggets practice earlier this season saw the team partaking in some soccer — perhaps just for fun or a team-building exercise. While Jokic has shown his aptitude for juggling in the past, the footage wasn’t too flattering in terms of his soccer skills. The video opens with Jokic attempting a backwards pass that was intercepted by head coach Mike Malone, whose ensuing shot was saved by backup point guard Malik Beasley. Jokic redeems himself, however, scoring a goal later on in the video.

If the Joker is going to be a contributing force on our squad, he’s going to have to become more consistent — but we have faith. He’s picked up basketball rather quickly, and there’s no reason why he wouldn’t be able to do the same with soccer. 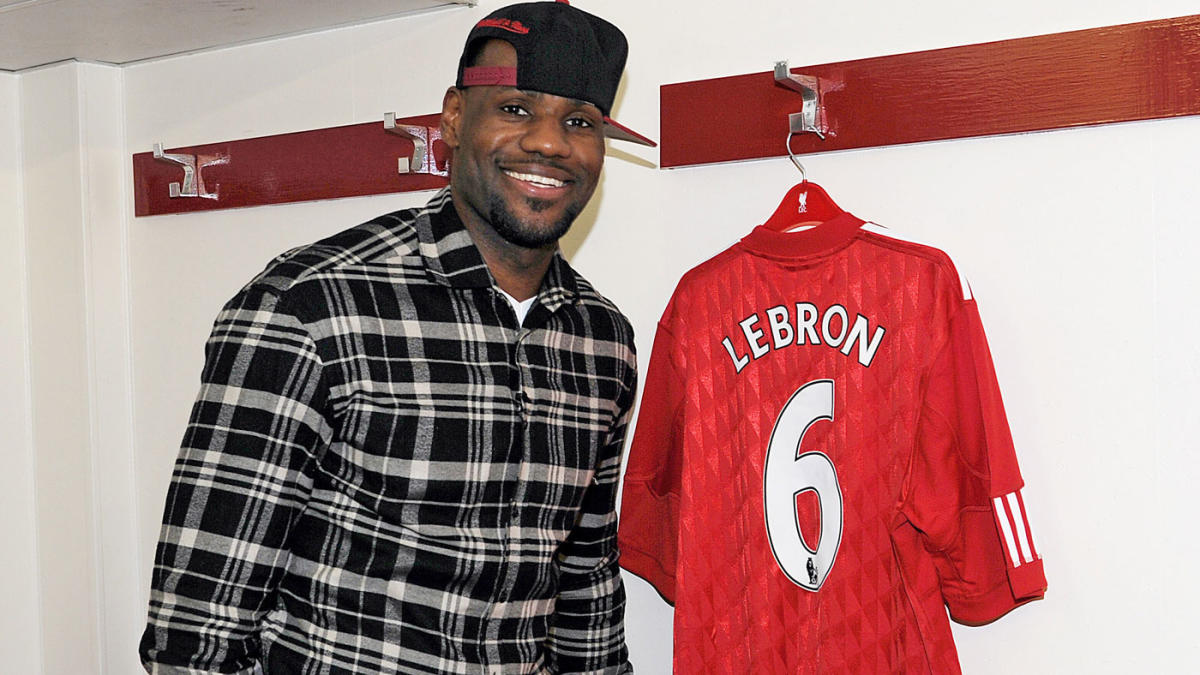 Just as adept in his business choices as his basketball ones, LeBron James is set to make more money on endorsements and investments than he will from his playing contracts. Whether it’s starring in the upcoming Space Jam sequel, his reported billion-dollar lifetime contract with Nike, or investment stake in Liverpool, King James has become a legitimate version of Pee Wee Kirkland — basketball star and business mogul.

His financial acumen and leadership skills combined with his familiarity in owning a soccer club makes him the only logical choice among active basketball players to run our squad. We’re in good hands. 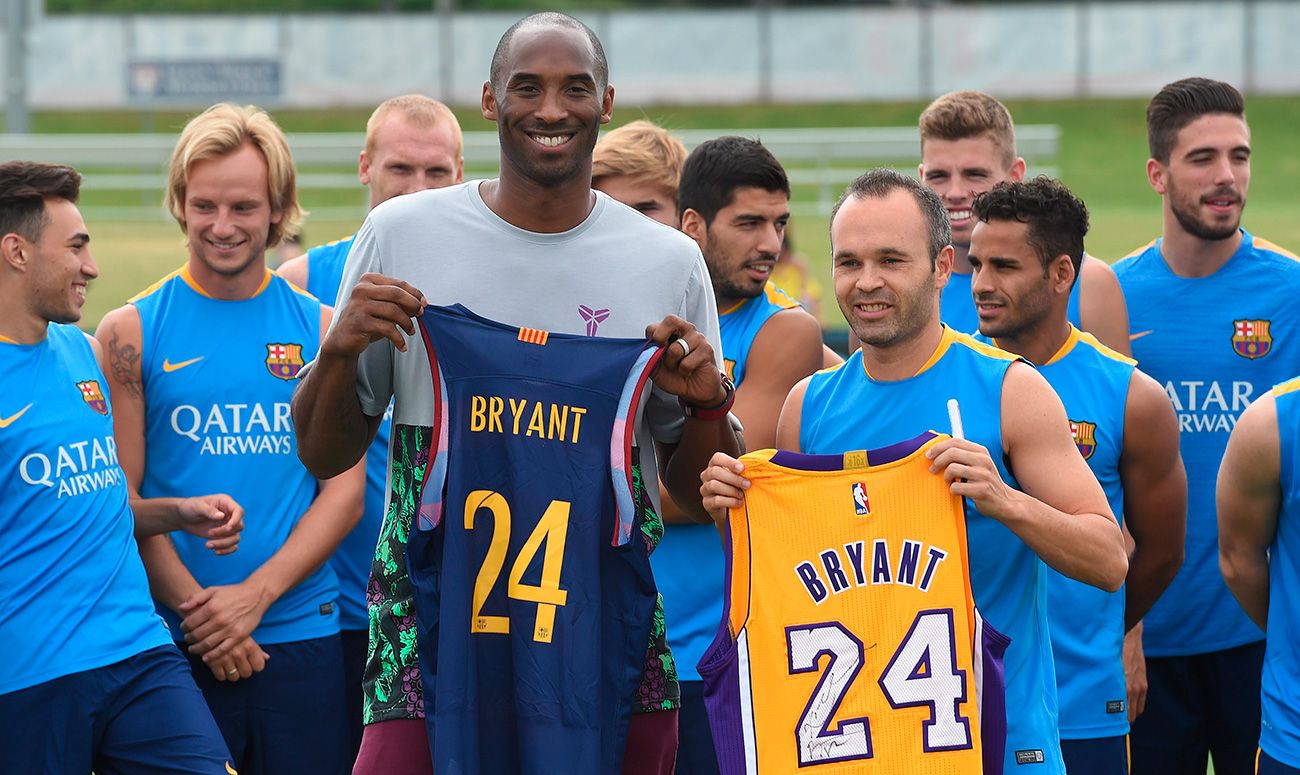 This one hurt. I started writing this list before Sunday’s tragic news broke and initially had Kobe Bryant as a member of the team. After his death was confirmed, I considered removing him completely, but I thought it’d be fitting to remember him, his love for soccer, and what he meant to me as a kid growing up in Los Angeles.

We all know Bryant openly loved the beautiful game — an affinity that translated to the way he played on the court. Growing up in Italy, he was a ravenous AC Milan supporter, but he’s also showed love to Barcelona, PSG, and most recently LAFC.

Kicking off our @DrinkBODYARMOR partnership with a skills challenge feat. #LAFC U-12s…

That’s coach @kobebryant to you. pic.twitter.com/UGMiap2Bwq

I never met Kobe but he was a part of our family. He was a mainstay in our household; a constant on our TV set. We watched him evolve from a wunderkind with all the potential in the world to one of the greatest to ever do it. As a kid I fantasized about playing alongside him in a Lakers jersey, even doing the math to see how old he’d be when I made the jump from high school to the NBA just like he did. (I graduated in 2012, just before the season in which he tore his Achilles tendon.)

I was on the verge of crying when he limped off of the court after draining two free throws on one leg. That was the first sign of mortality my idol showed. He’d struggle to return to his previous form for the rest of his career, but his final game brought back his larger-than-life aura. Sixty points and a mic drop that will forever be remembered. He showed us all just who he was. Kobe Bean. The Black Mamba. He was immortal again.

Then Sunday happened. The frenzy of reports and contradicting information that flooded my timeline had me hopeful that it was all a hoax. But it wasn’t. The tears weren’t held back this time. It was even more crushing to hear that his daughter Gianna, who he shared a beautiful bond with, and seven others had passed as well. I couldn’t stop asking myself how this could possibly happen. It wasn’t fair.

He was the last person something like this could happen to. But while his death confirms he was human like the rest of us, the things that made Bryant seem like a demigod — his spirit and legacy — will propel him to immortal status. The Mamba Mentality inspired a generation of both athletes and non-athletes alike to strive for greatness. He was the personification of willpower. Before his retirement in 2016, he said in an interview that he realized his initial goal of being the greatest basketball player to ever live was “fickle.” Instead, he wanted his career to move and touch as many people around him as possible. It did. The Mamba will live on forever.

Our thoughts are with the Bryant, Altobelli, Chester, Mauser, and Zobayan families in this trying time. 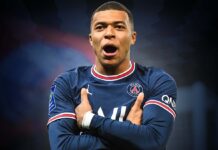 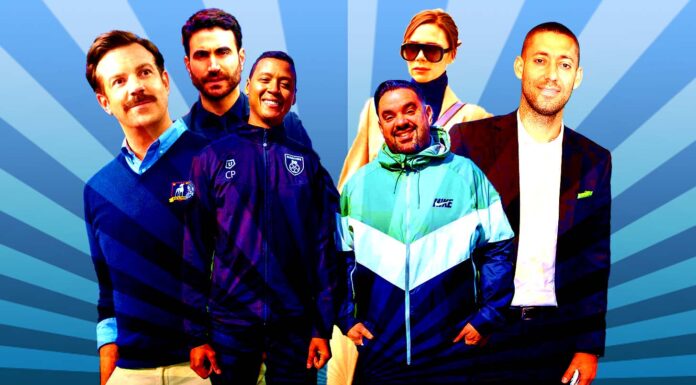