Go to any women’s sports-centric posts online and you’ll find a shocking amount of ignorance even by social media standards. And whether these comments are from edgelords fishing for likes or people who actually believe they could take Tobin Heath 1v1, your best advice would probably be to ignore them, and honestly, you’d be right. But I think I’ve done all of the ignoring I can.

A few weeks ago, the NWSL announced that it had the highest social media engagement rate amongst American sports leagues. The announcement is yet another positive note in what’s been a banner year for the league. 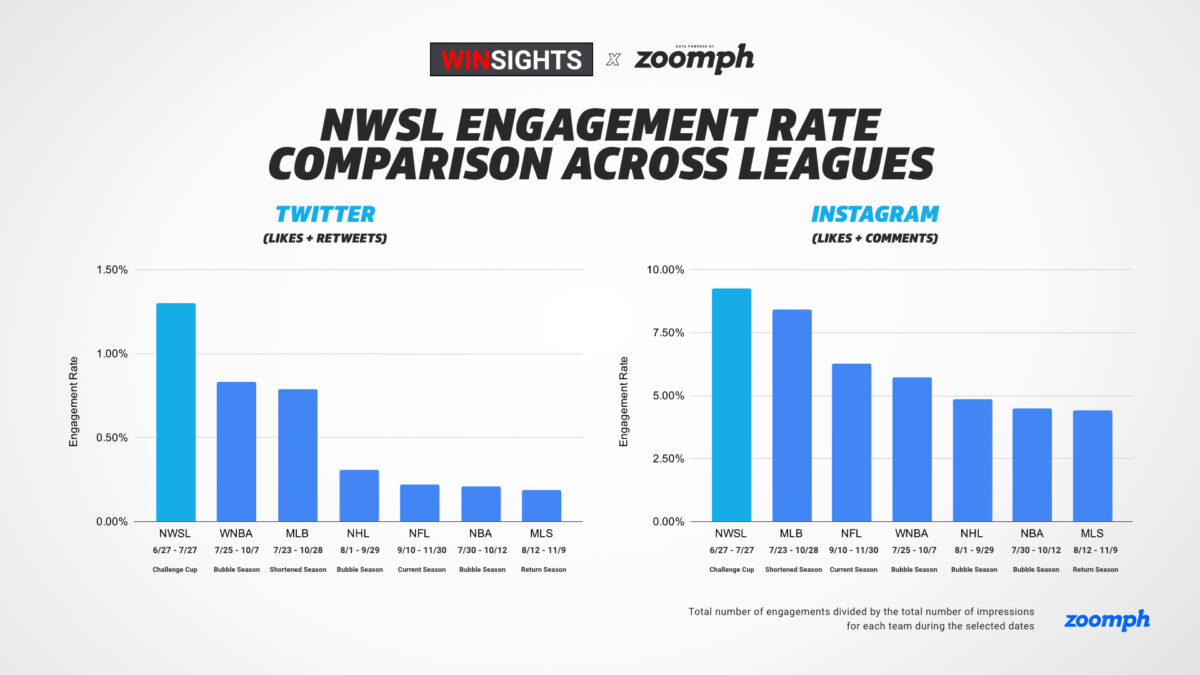 But while the news itself is promising, and, paired with the spike in this year’s viewership, points to an eager audience for women’s soccer in the United States, not all is well in the world of NWSL social media.

Thanks to the veil of anonymity, much of social media in general has become a disgusting rest stop for trolls and cowardly burner accounts to spew their caustic thoughts and takes with no real consequences. And while you could find this vitriol virtually anywhere on the internet, you’d be hard-pressed to find a worse place than the comments section of a women’s sports post.

Go to any of these posts, particularly those covering the WNBA or NWSL, and you’ll find a mix of tired recycled jokes, casual misogyny, or something along the lines of “who cares?” in the comments.

And whether these comments are from edgelords fishing for likes or people who actually believe they could take Tobin Heath 1v1, your best advice would probably be to ignore them, and honestly, you’d be right. But I think I’ve done all of the ignoring I can.

I’m extremely online by the nature of my profession, and as a sports fan I naturally follow a handful of sports accounts. Every time I see a women’s sports post on the timeline, my curiosity towards the almost certainly moronic comments section eclipses the better judgement that tells me to just keep scrolling. It’s the terrible car accident that you can’t help but look at.

Take a dive into the sewage-laden waters of these comments sections and you’ll also find those who actively seek anti-women banter but that don’t necessarily partake, posting things like “I’m just here for the comments” with a popcorn emoji. These folks may not be as bad as the people actually making the comments, but their seemingly harmless remarks encourage the idiots to share their stupidity. This is something that’s been ongoing for a little too long and I feel like people are getting a little too comfortable with it.

I want to make this clear — I don’t expect this post to convince the commenters to change, they’re beyond salvation at this point. Instead, I’d like to appeal to those that are “liking” or laughing at them, even the aforementioned popcorn emoji-ers. Those that aren’t quite radical enough to actively spew garbage, but ignorant enough to think that that garbage is funny.

Look at this Bleacher Report post celebrating Megan Rapinoe’s 2019 Ballon d’Or for instance. A little over 1,700 comments, and in those, another tens of thousands of likes on shitty comments made by dudes that think they’re the second coming of Bill Burr. Except unlike Burr, they’re not funny.

Whether you agree with Rapinoe winning the award or not (there are easy and compelling arguments for players like Lucy Bronze, Julie Ertz, and Wendie Renard to be more deserving), the blatant hate and idiocy in those comments is pretty appalling.

Here’s another comment, on a highlight of Rose Lavelle’s goal against the Netherlands in a friendly earlier this year. One of the favorite points USWNT and women’s sports denouncers love to bring up is that the team lost to FC Dallas’ U15 side in a 2017 scrimmage.

I don’t want to make any excuses on the USWNT’s behalf, because I wasn’t there and there’s no video footage of the match, given that it was so informal. But you’d have to be pretty naive to think that the group of professionals looking to tune up for an actual match that they cared about was playing to win against a bunch of academy teenagers. In turn, these teens probably had a little more to prove against the reigning World Cup champs that they were going up against.

All speculation aside however, many use this scrimmage to trivialize and dismiss the skill of female athletes compared to men. In reality, the gap between genders isn’t in skill or talent, but rather athleticism. I don’t think you’d find anyone arguing that the male athletic ceiling isn’t higher than the female one, it’s a biological fact. But a lot of idiots and insecure men love to hold this over women as if it’s an achievement they earned and worked for.

And this biological fact only works on a relative scale — the most elite male athletes are capable of more than the most elite female athletes and so on and so forth down the pyramid of athleticism. But if you were to take Rose Lavelle, and put her on the pitch against a Joe Shmoe IG commenter, who at best played a couple of years of varsity ball back in high school (a generous assumption), she’d eat him alive. The bell curve for athletes is steeper than you’d think, and the gap between standard deviations is massive. There are people who think they can luck into a home run or score in an NBA game — I promise you, you absolutely can’t.

People will also use the “biological” slant to justify some ridiculous (and yes, sexist) takes — and I’m not just talking anonymous Twitter users. Graham Spiers, who gets paid to write about football for The Times, one of the largest newspapers in the United Kingdom, seriously wondered if goalkeeping was something women just didn’t like to do. He went on to ask himself if bad goalkeeping could be biologically hard-wired into their genes, presumably right next to their affinity for throwing drinks in his face, before complaining on Twitter that you can’t be critical of women’s football without being called a sexist.

There’s a difference between actually being critical of play on the pitch and essentially saying, “Women no good at block ball — must be in genes.” Criticism plays an important role in society, and critics, while largely bashed, deserve to hold the athletes, artists, or whoever it is they criticize accountable for their actions and hold them to a certain standard. And while Spiers claims that he’s equally critical of male keepers’ mistakes, I highly doubt he’s ever equated their struggles to the genetic wiring in their brains.

The fact that pundits are publishing thoughts like these in major outlets means these views are held beyond the dark recesses of social media, which is deeply concerning. And, just as Spiers has the right to call out a footballer for a bad performance, we have the right to call him out on an asinine take. The line between criticism and hate is pretty thin, but Spiers is well across it.

Before you reach into your shallow pocket of insults to call me a “simp,” ask yourself this: Why do you actively go out of your way to demean women’s sports? Is it because you need to put others down to feel better about yourself? Or does the validation from the thousands of likes you get on your comments fill the void in your soul? Either way, there are better ways to spend your time online, I guarantee it. 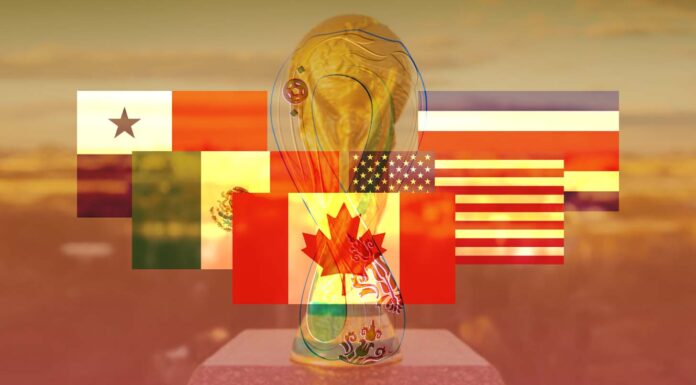