Celebrating the six domestic trophies won across its men’s and women’s teams last season, the Manchester City Trophy Tour made its stop in Atlanta last weekend. Featuring a re-creation of the Man City dressing room, special guests, and friendly pickup games, we were on the scene at the event to capture the uncut voices and opinions of those who were in attendance — including City legend Shaun Wright-Phillips — for our latest installment of Heard on the Street.

Arguably the best club in the world today, Manchester City is coming off a historic 2018-19 campaign that saw six trophies won amongst its men’s and women’s sides. To celebrate the unprecedented success, the club kicked off its global Manchester City Trophy Tour in July, which will span six continents over six months. 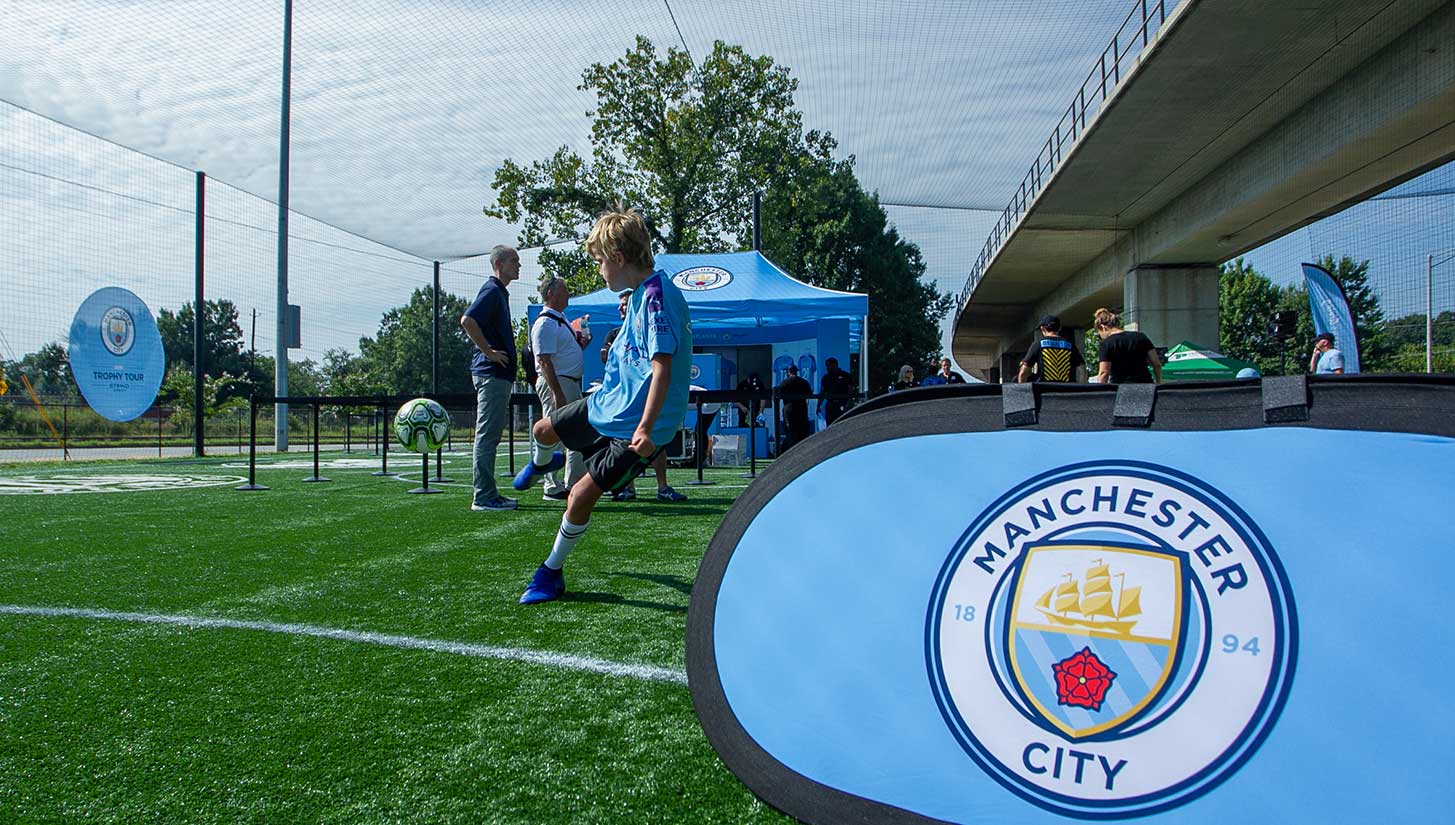 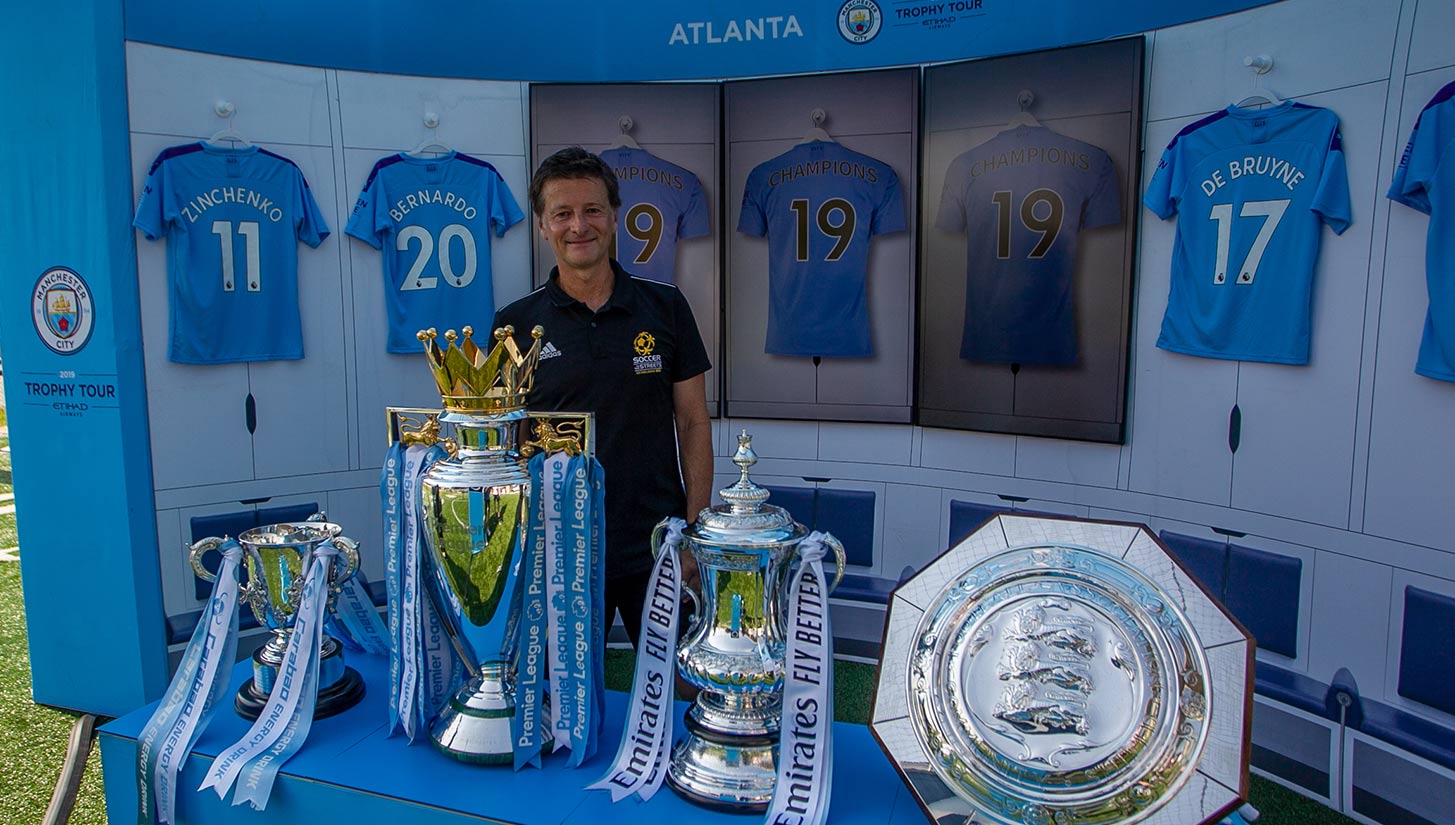 Last Saturday, the club made its lone stop in the United States, taking over Atlanta’s West End MARTA station pitch set up by Soccer in the Streets. The ATL made for the perfect city for a visit, not only because of its fervent soccer scene, but also because of its history with the Sky Blues.

In the summer of 1968, Man City was on a summer friendly tour playing teams they believed would be easy victories. On May 28, the recently-crowned league champions of England took on the NASL’s Atlanta Chiefs in front of 21,000 fans at the shiny new Atlanta Fulton County Stadium. The Chiefs had the match circled on their calendars, and were ecstatic to be taking part in their first ever international friendly. Their zeal showed on the pitch, upsetting City 3-2.

Frustrated with the loss, City manager Malcolm Allison wanted a rematch, this time calling players touring with the England national team for reinforcement. The Chiefs accepted the challenge, and 18 days from the first match the two clubs met once again at Fulton County Stadium, this time in front of a crowd of 25,000.

Despite facing a shored up Man City squad, the Chiefs came out on top again 2-1. Players such as Phil Woosnam, John Cocking, Ray Bloomfield, and Kaizer Motaung were key players in the matches for the Atlanta Chiefs.

Fifty-one years later, and both Manchester City and Atlanta have continued to excel in the game. While they may not have lifted as many trophies as City did last season, Atlanta United did win the MLS Cup in 2018, and they are on the hunt for more hardware as they are playing for the Lamar Hunt U.S. Open Cup and Campeones Cup in August.

City’s stop in Atlanta was a celebration of excellence, and we were able to catch up with some Manchester City supporters in Atlanta as well as club legend Sean Wright-Phillips and Soccer in the Streets Executive Director Phil Hill at the West End MARTA Station, getting their thoughts on the recent transfer window, favorite City moments, and which ATL Utd player would fare best in a sky blue kit.

What is your favorite Manchester City moment of all time?

Shaun Wright-Phillips: I think it would have to be my first goal for Man City against Millwall. At the time the fans between each other got into a bit of trouble. So our supporters were banned from traveling to Maine Road, and to score for my first-ever goal it was just always a memory because we basically had no supporters there. It will always stay in my head.

Phill Hill: It would be going back to the ’70s. It’s probably going to involve a goal by Brian Kidd. There’s a lot of hazy memories of watching City in the ‘70s as a kid.

Jeff Tabet: It has to be the 2012 Aguero goal against QPR to win the title, that’s what made me become a fan. I like the industrial worker bee mentality of the underdog winning.

Trent Carpenter: It’s going to be the 2012 QPR game, because Man City is a family affair to me. I had just got off the phone with my grandmother at about the 91st minute, and she had given up. I had told her typical City, but you have to stay and watch just because you never know what can happen. Lo and behold two goals in three minutes to win the league and beat Manchester United for the first time for the title.

Nick Dorsten: The Balotelli “Why Always Me” goal against Manchester United. It just epitomized him as a player and as a person. I was watching it with a group of friends who were all Manchester United fans and it made it even sweeter.

If you could have added any player in the last transfer window to City, who would it have been and why?

Phil: Not a Southhampton player, because we keep losing all our players, but Harry Maguire would have been really good for them.

Jeff: I like the players that they have. I don’t know who else would be better than Rodrigo as a Fernandino replacement, and they have players to replace David Silva, they have center backs to replace Kompany. They are doing big things and keeping people who want to stay.

Kim: I feel like their team is complete, I’d like to see Foden get some more minutes.

Trent: Kylian Mbappe, just because he is so young and so talented. His potential to get better is Ronaldo-like and to have a player that can sustain at that level for that long would be a miracle to have on any team.

Nick: Matthijs de Ligt after losing Kompany. With the way he leads even at such a young age, he is someone that could be at the club for a long time.

Which Atlanta United Player would fare best on Man City or the Premier League in general?

Shaun: I would have to say Josef Martinez. He works hard and you know he is going to get goals, and Man City create a lot of chances and I think he would score a lot.

Phil: Barco, he could adapt well to the speed and physicality of the game.

Jeff: Leandro González Pírez is like Otamendi with what some might call recklessness or his willingness to get forward. It’s that Argentinian center back flair to play out of the back with your feet.

Kim: Leandro González Pírez, or Pity. Pity would have to get some more MLS experience under his belt.

Trent: Brad Guzan. I would have said Brek Shea before his knee since he played for Stoke City.

Nick: I would have said Almiron, but he is already there. Probably Brad Guzan, I don’t think there are a lot of players on Atlanta United that could deal with how physical the Premier League is right now. 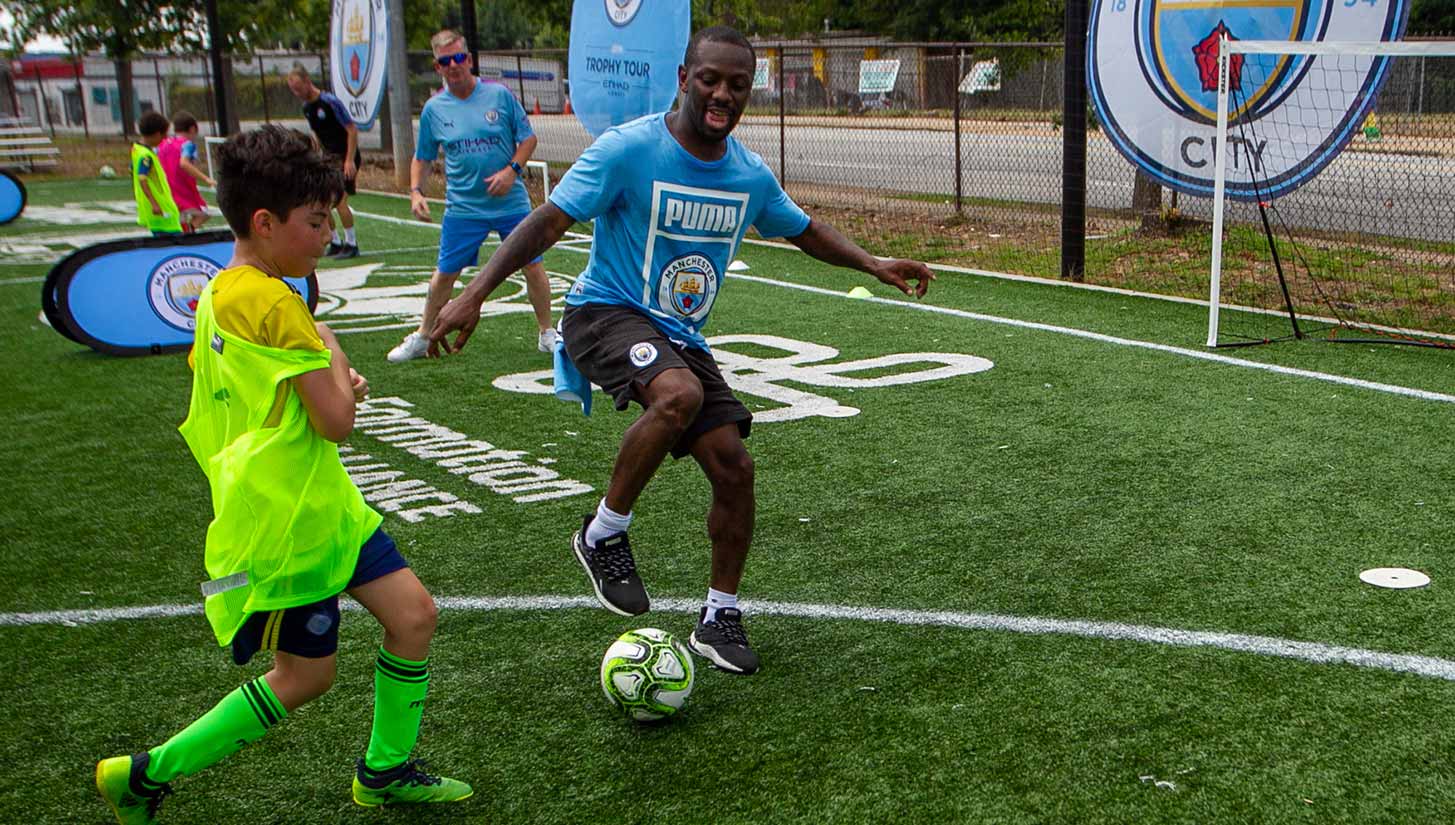 For just one season, would you rather see Atlanta United join the Premier League or Manchester City join MLS?

Shaun: Atlanta to join the Premier League. In all honesty, there are not enough trophies for Man City to win in MLS. For Atlanta, it would be a good experience and help improve all the players.

Jeff: Neither would be good for me.

Kim: Atlanta United to the Premier League, it would take MLS to a whole ‘nother level.

Trent: Atlanta United to Premier League, mostly because Americans don’t know or have a concept of the what the Premier League is like. So to be able to have a team that won the MLS Cup and is a contender again this year as well as a finalist in the U.S. Open join the Premier League — everyone would see how they would not fair well.

Nick: Atlanta United to the Premier League, because it would give the people in the U.S. a reason to have a vested interest in the Premier League. Having a team they can relate to that are competing with top teams like City, Man U, and Arsenal.

Photography by Dave Williamson and Kassel Leventhal for Urban Pitch. 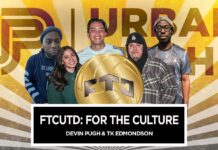 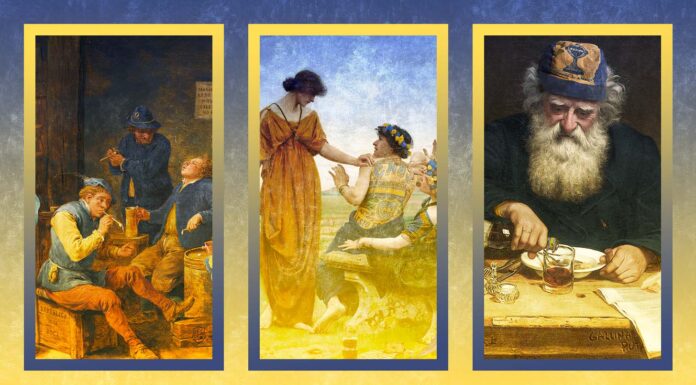