As the Lamar Hunt U.S. Open Cup quarterfinals are only a couple of weeks away, we take a look at some of the tournament’s most unlikely of runs, including this year’s from USL club New Mexico United.

While many non-MLS sides have hoisted the Lamar Hunt U.S. Open Cup trophy in the competition’s 106-year existence, only one non-top division side has won it since MLS’ inaugural season in 1996. But David is still capable of taking down Goliath every now and then. Since MLS teams started participating in the tournament, 14 amateur sides have battled their way to a date against an MLS club — usually in the tournament’s fourth round.

Additionally, many USL and lower-league clubs have taken down MLS teams en route to deep Cup runs. With the round of 16 officially over in this year’s tournament, and with a few USL clubs in New Mexico United and St. Louis FC toppling MLS giants, we decided to take a look back at some of the greatest-ever #Cupsets, examining each one’s defining moments that sparked the deep runs.

Their run: Division three USL side San Francisco Bay Seals captivated the nation with their Open Cup run, knocking off then A-League side Seattle Sounders 1-0 before doing the unthinkable and upsetting MLS clubs Kansas City Wizards and San Jose Clash by 2-1 scores. Unfortunately, the Seals were on the opposite side of that score line in the semifinals against DC United, ending their Cinderella run. However, they were still named Team of the Year by USA Today for 1997.

The Defining Moment: The Seals’ defining moment came one minute into their upset victory over the KC Wiz. University of San Francisco alum Marquis White cooly opened the scoring with a breakaway goal, providing all the necessary momentum to finish off the slaying of two MLS giants.

Their run: The ’99 edition of the Rochester Rhinos, who played in the A-League in U.S. soccer’s second tier at the time, defeated four straight MLS teams on the road to an Open Cup title. The Rhinos beat the Chicago Fire 1-0 in the third Round, took down the Dallas Burn 2-1 in extra time in the quarterfinals, out-dueled the Columbus Crew 3-2 in the semifinals, and then beat the Colorado Rapids 2-0 in the final. To this day Rochester is the only non-MLS club to win the U.S. Open Cup in the MLS era.

The Defining Moment: The Rhinos’ defining moment came in the semifinals against the Columbus Crew. Down 2-1 in the 86th minute, Rhinos defender Scott Schweitzer scored a deflected free kick from 27 yards out before defender Tim Hardy scored the match-winner in injury time.

After that the Rhinos knew they would beat the Colorado Rapids in the final and lift the cup. “Going against Colorado, we thought it was destiny. It was meant to be,” Rhinos manager Pat Ercoli told the MLS website in 2013. 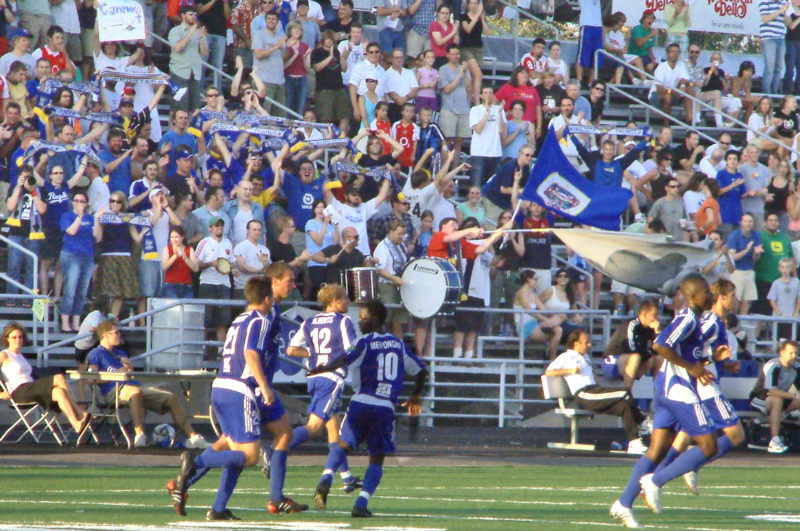 Their run: USL-1 side Minnesota Thunder also had a very entertaining Open Cup run, beating PDL side Chicago Fire Premier 2-1 in the second round, shocking Real Salt Lake 6-4 in a wild extra time match in the third round, before blowing past Colorado Rapids 4-1 and Kansas City Wizards 3-1 in the fourth round and quarterfinals. The Thunder ultimately got thumped 5-2 by eventual champions Los Angeles Galaxy (who they defeated in the previous year’s tournament) in the semis, but it was still quite a run with tons of goals.

The Defining Moment: The Thunder’s defining moment came in their third round match against Real Salt Lake. Forward Aaron Paye scored in the 89th minute to equalize for the Thunder, who would go on to score twice in extra time.

“Obviously, when you play an MLS team you get amped up and play well against them,” Thunder goalkeeper Joe Warren told U.S. soccer in 2015. “But that team stepped it up for the big time for the Open Cup. I think everyone was trying to prove that they were just as good as the players on MLS teams.”

Their run: After the Rhinos triumph and the Thunder’s run, MLS teams largely dominated the U.S. Open Cup until 2008, when USL-1 side Charleston Battery made a deep run of their own. The Battery proved their mettle by defeating ASC New Stars 3-0 in the first round, beating the USL-2 Charlotte Eagles 2-1 in the second round, taking down Houston Dynamo on penalty kicks in the third round, rather easily dispatching of FC Dallas 3-1 in the quarterfinals, and then sneaking past their then-USL counterparts Seattle Sounders on penalty kicks in the semifinals.

The Battery may have lost 2-1 to DC United in the final, but they left a mark on U.S. soccer culture which will last generations.

The Defining Moment: Like the Thunder, the Battery’s defining moment came against their first upset of an MLS club. Their third round victory over the Dynamo was a chippy match, where Charleston went down to nine men yet somehow held on to get to penalty kicks.

As if that wasn’t enough grit and battle, Battery goalkeeper Dusty Hudock made a crucial save following a miss, igniting their run to the final.

Their run: It’s still too early to say it definitively, but USL side New Mexico United has all the ingredients of an underdog making a deep run in this year’s tournament. Founded just last year, New Mexico United is in contention for the USL playoffs in their first season and already has a raucous following. On top of all of that, they’ve felled two MLS clubs during their Open Cup so far, and are everyone’s darlings heading into the quarterfinals.

After escaping in penalty kicks against USL side Phoenix Rising FC in the second round, New Mexico United triumphed over the USL’s Colorado Springs Switchbacks FC 2-1 in extra time in the third round to set up a date with an MLS team. NMU then shocked the Colorado Rapids via penalty kicks in the fourth round before pulling the 2-1 upset against FC Dallas in the round of 16. Now they’re set for a very winnable match against Minnesota United in the quarterfinals next month.

The Defining Moment: New Mexico United’s defining moment came when they traveled to face the Colorado Rapids in the fourth round. With New Mexico United down 2-1 in the 94th minute, forward Kevaughn Frater scored from the top of the box with virtually the last kick of the ball.

Frater’s goal took it to extra time, where New Mexico United would eventually prevail 4-2 on penalty kicks and move on. Can they channel their inner Rochester Rhinos and continue their stretch for three matches? We can think of a lot of people who will be rooting for them (looking at you, pro/rel Twitter). 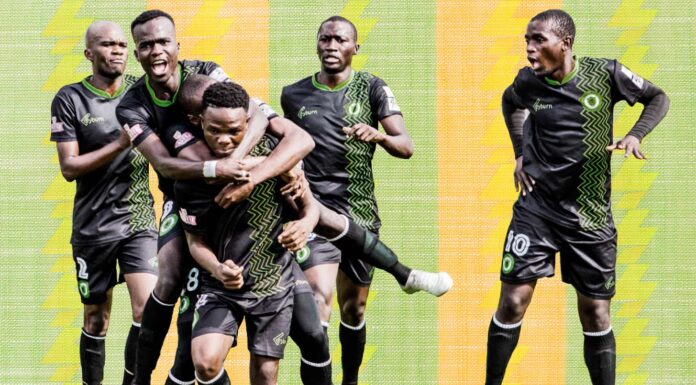