Mix a mostly Chinese heritage with a splash of German flavor. Add a Dutch upbringing and garnish with a love for the Oranje. Top off with an equal measure of fashion, acting, and art and pour over the City of Angels. Enjoy the recipe that is Highdee Kuan.

Actress Highdee Kuan comes from the kind of diverse background you don’t see every day. Raised in multiple countries, her interests span both the artistic and athletic. Once a serious ballerina, she turned to fashion, visual arts, and storytelling, and although she’s long relocated, she’s still a staunch supporter of the Dutch national team. She recently sat down with Urban Pitch to discuss her challenging yet enriching childhood, and how she grew to love the beautiful game in her homeland of the Netherlands. 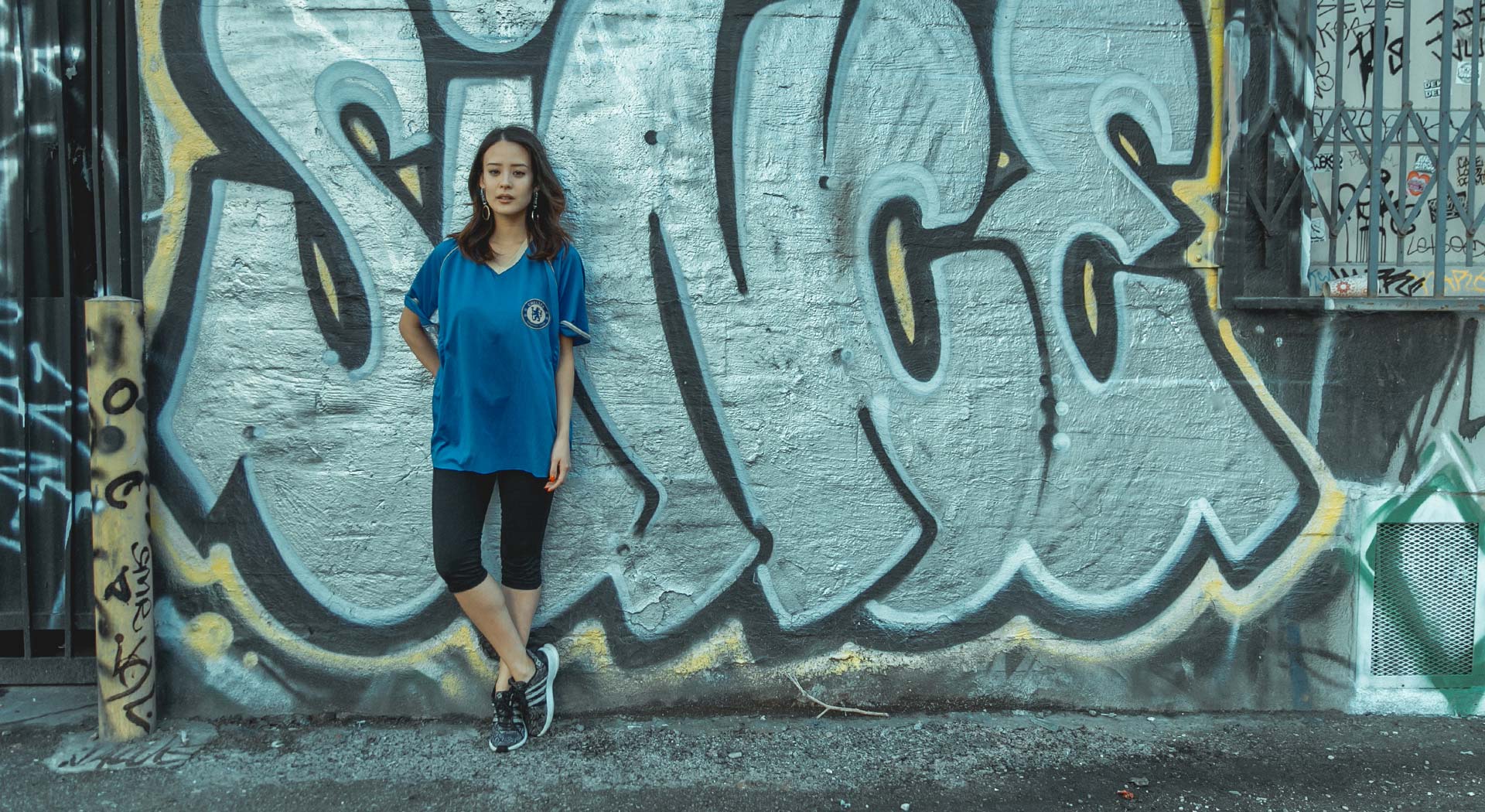 Urban Pitch: How was it like growing up in Holland? Give us both the good and the bad.

Highdee Kuan: In retrospect, it was truly an amazing experience. I lived in a small rural village until I was 16, but went to school in one of the larger cities, so it was great to have those two separate experiences. It was at times a bit isolating, though, because most of my family still lived in the States.

You have a reputation as a big soccer fan. Are there any special, vivid memories from your childhood that stand out?

Any World Cup game that the Dutch team was involved in probably stands out to me. I think those matches became signifiers in the timeline of my life —in a way that I can remember what I was doing and where I was and who I was with, what I was doing with my life, etc. for almost every game. I remember crying during the Spain versus Holland World Cup final when we lost. I was so confident that we were gonna snatch the title, so that was a pretty brutal experience. Of course rationally I understand that it’s just a sport, but emotionally those games are so much more than that. But I also will never forget when we played Spain again in the last World Cup and beat them 5-1. That was glorious. That [Robin] van Persie goal was everything.

“Ironically, I kind of hate running, but I love that feeling of being in control of the ball. It’s a love-hate thing, if that makes any sense.”

The street football scene is pretty huge in Holland, particularly in Amsterdam and Rotterdam. Was this something you saw or were aware of while growing up?

I did see it here and there, but I don’t think I was super aware of it to be honest. I played a lot as a child in our neighborhood, but other than that, not really.

It was probably too urban for you haha! So after you moved back to the U.S. you played midfield for your high school team, right? Any highlights you want to brag about?

To be honest, I don’t ever think that I was that great at it, but any goal that I scored would definitely be marked as a highlight. Ironically, I kind of hate running, but I love that feeling of being in control of the ball. It’s a love-hate thing, if that makes any sense. 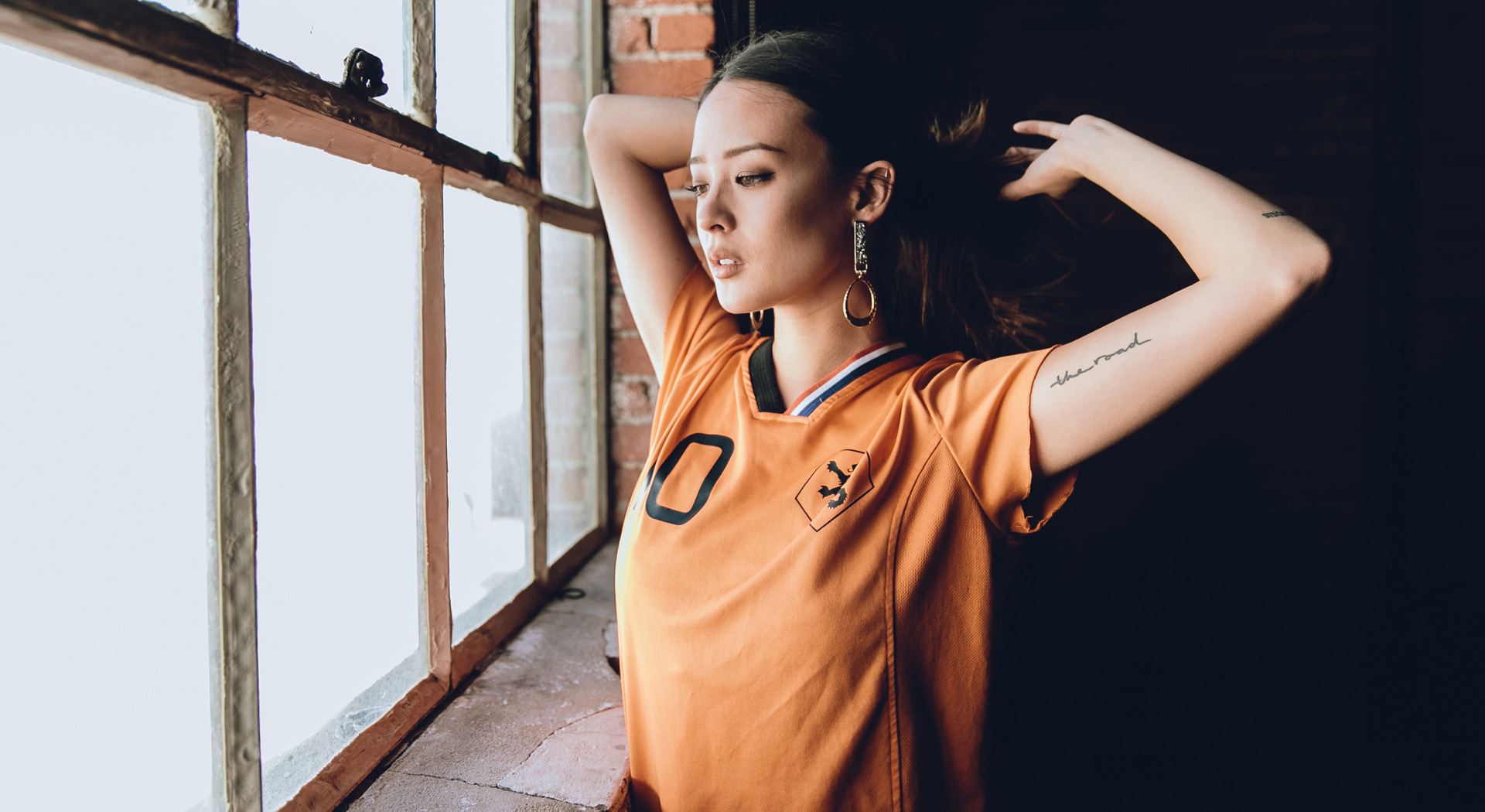 Completely. I hate running but love playing sports. You also mentioned having studied ballet at the Royal Conservatory which must’ve required a lot of training and discipline. What was more difficult for you—ballet or soccer?

I’d say ballet. I think the context is also different for both. I was training professionally to be a ballet dancer, so there was a lot more pressure to get everything right, and that was at times extremely difficult to live up to, both physically and emotionally. Soccer I played for fun, but it definitely was difficult in the sense that I had to adjust to playing as part of a team, but in the end that also became part of its beauty.

That I get to be someone else, while still being me. It’s probably the strangest yet most exhilarating feeling in the world. You get to tell stories and do things that you might not usually do. You become the character, and the character becomes you. Also, crafty [craft services on set] is my favorite thing in the world.

As for challenges, there are plenty. Getting rejected most of the time, the rate of success being extremely slim, etc. That can be tough, but it’s worth it. It builds character. 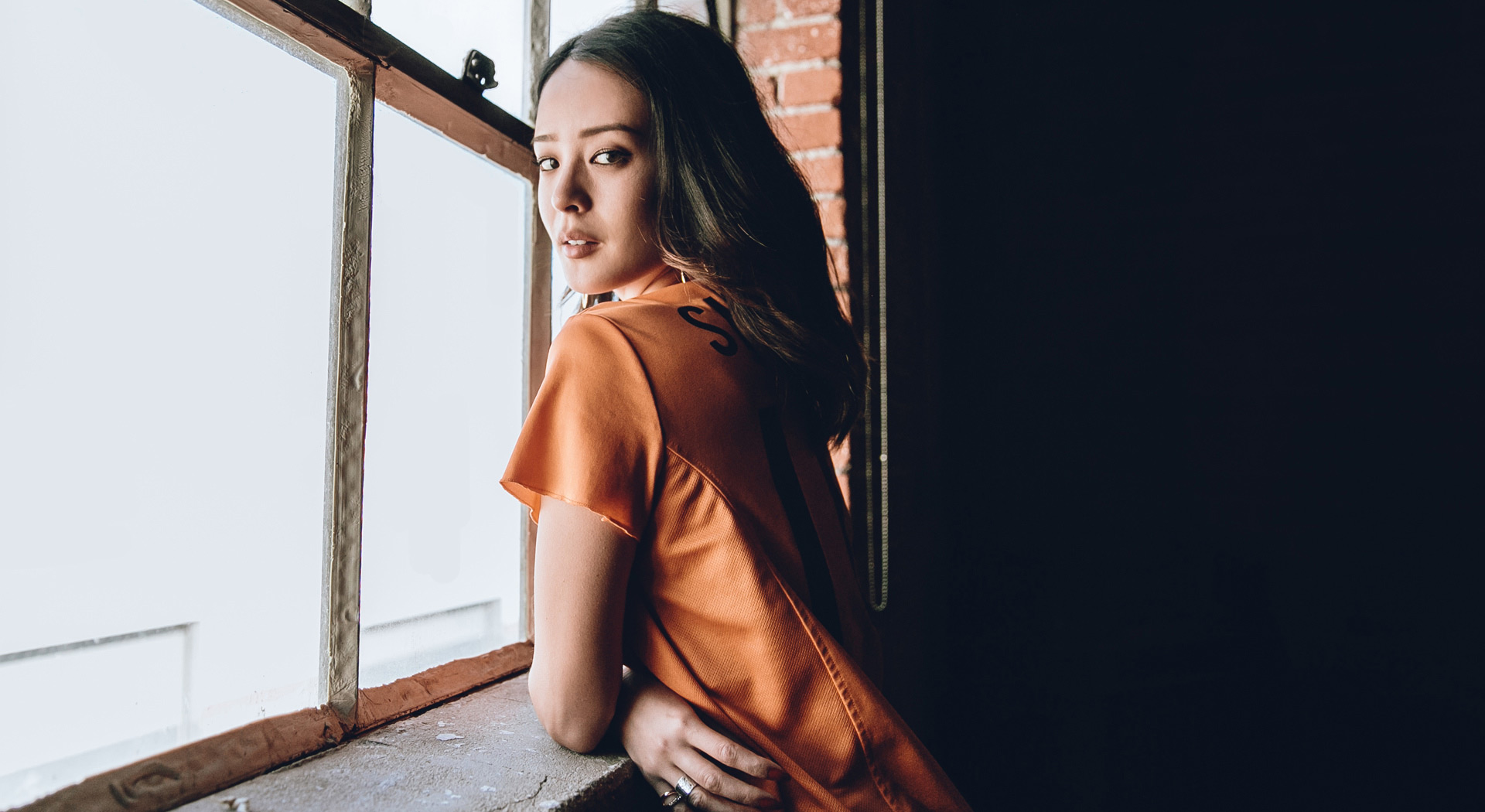 You also started a unisex clothing line called Dirty Old Dutch Man. What can we expect from your brand in the future?

More designs! I kind of had to put it on hold for a minute because I’ve just been too busy with other things and thus haven’t really been actively promoting it, but hopefully next year we can really push out more products.

We look forward to seeing them soon. Okay, last question: There are now two MLS teams in L.A. If you were responsible for a club’s marketing, what would you do to attract more like-minded female fans such as yourself?

Allow female fans to play scrimmages against the MLS players for fun. I’d whip out my cleats in no time.

Awesome. Maybe the teams will take note of your suggestion!

To learn more about the talented actress, check out our exclusive podcast with Highdee Kuan and follow her on Instagram. 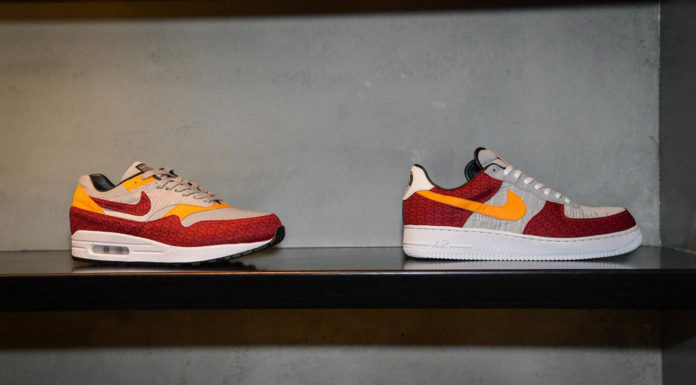 Skills From Down Under: A One-on-One Conversation with Aussie Futsaler Daniel Cappellaro

Introducing Spotters: The App that Revolutionizes the Grassroots Football Experience for Both Players and Coaches