Say what you want about the MLS playoff system, but this year’s tournament could be one of the most exciting in recent memory. Will we see high octane derbies in the Western Conference? Will there be a matchup of titans in the Eastern Conference Finals? We answer those burning questions and more.

With the 2019 MLS Cup playoffs on the cusp, fan bases around the country are hoping that their respective teams can make runs to a trophy ceremony. The favorites LAFC and NYCFC, both earned first round byes, and will watch the remaining franchises slug it out in the first round. With a number of intriguing storylines making this postseason more hyped than any in recent memory, I will do my best to answer four burning questions that every MLS fan will be watching for this weekend.

Can We (Please) Get Another El Trafico? 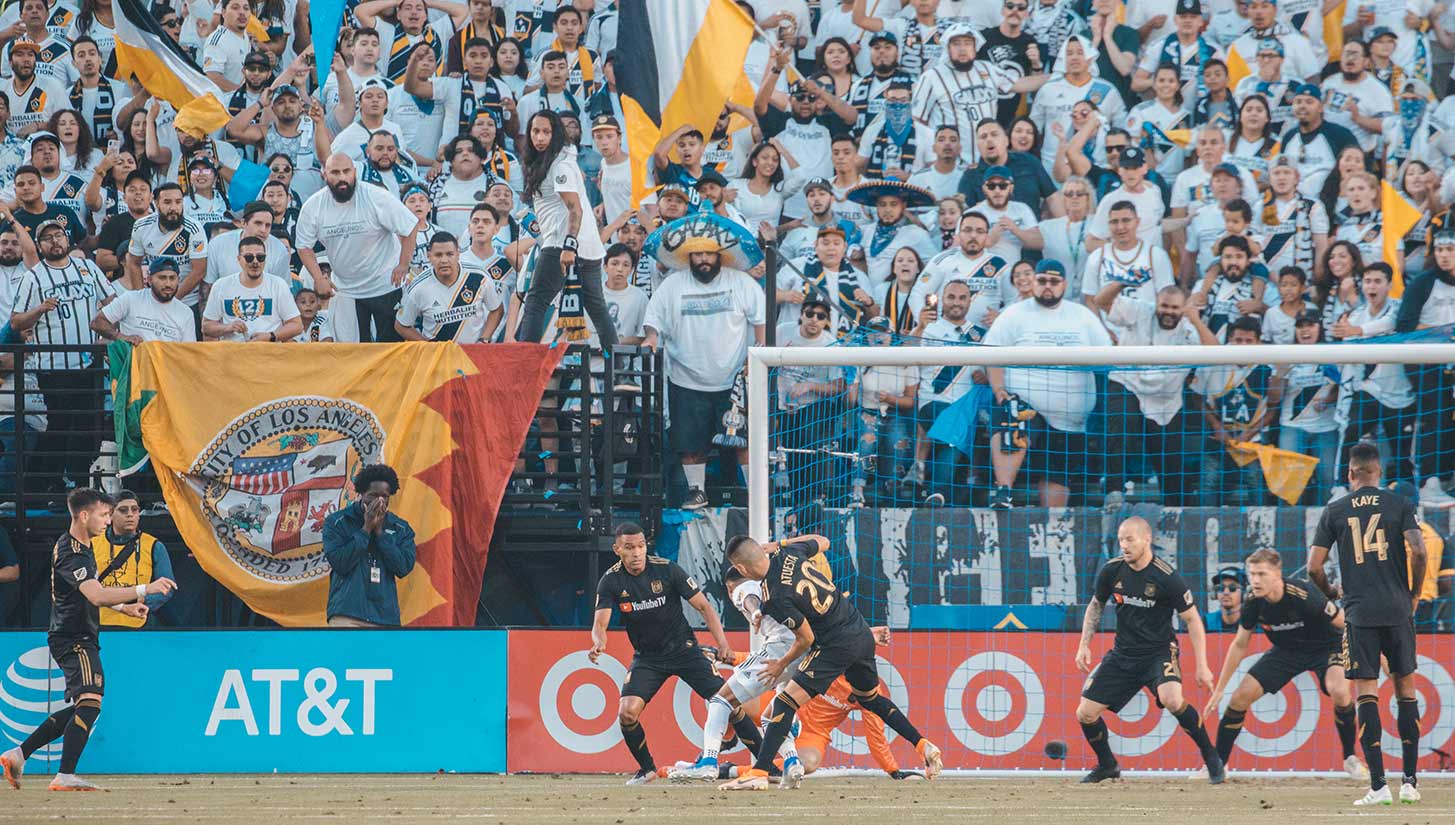 The rivalry between the two Los Angeles MLS affiliates has turned into the most compelling and exciting rivalry in American soccer. LAFC are the clear frontrunners to take home the MLS Cup this year after compiling the most points in MLS history (71), while the Galaxy have arguably the most dominant player in the league in Swedish superstar Zlatan Ibrahimovic. In order for fans to enjoy another El Trafico collision, the Galaxy have to defeat fourth-seeded Minnesota United in their first round match.

While the match should be interesting — an offensive-minded Galaxy against the sturdy defense of Minnesota — we’re hoping Zlatan can carry his team to what would be the most anticipated MLS match of the year (sorry Loons fans).

We’re praying for this to happen not only to see the clash of rabid fans in the Banc of California Stadium, but also because we’re sure to get some priceless soundbites from Zlatan heading into the showdown. We won’t soon forget his shots at Carlos Vela or his Ferrari vs. Fiat comments prior to the first El Trafico of the year. You can only imagine his hunger is at an all-time high, considering that Vela was named MLS MVP after breaking the league scoring record Zlatan previously said he’d surpass.

While LAFC has clearly been MLS’ strongest side all season long, they have yet to beat the Galaxy in their two-year existence, with the last matchup ending in a nail-biting 3-3 draw in which the black and gold blew a 3-1 lead. While we can’t get ahead of ourselves just yet — Minnesota is a formidable opponent — we can only hope the Galaxy bring their A-game this Sunday.

My Prediction: Yes, we will see El Trafico in the Western Conference Semifinals. In close matchups I always lean towards the star, and the Galaxy have the brightest one in the United States.

Will Portland and Seattle Face Off in the Semis? 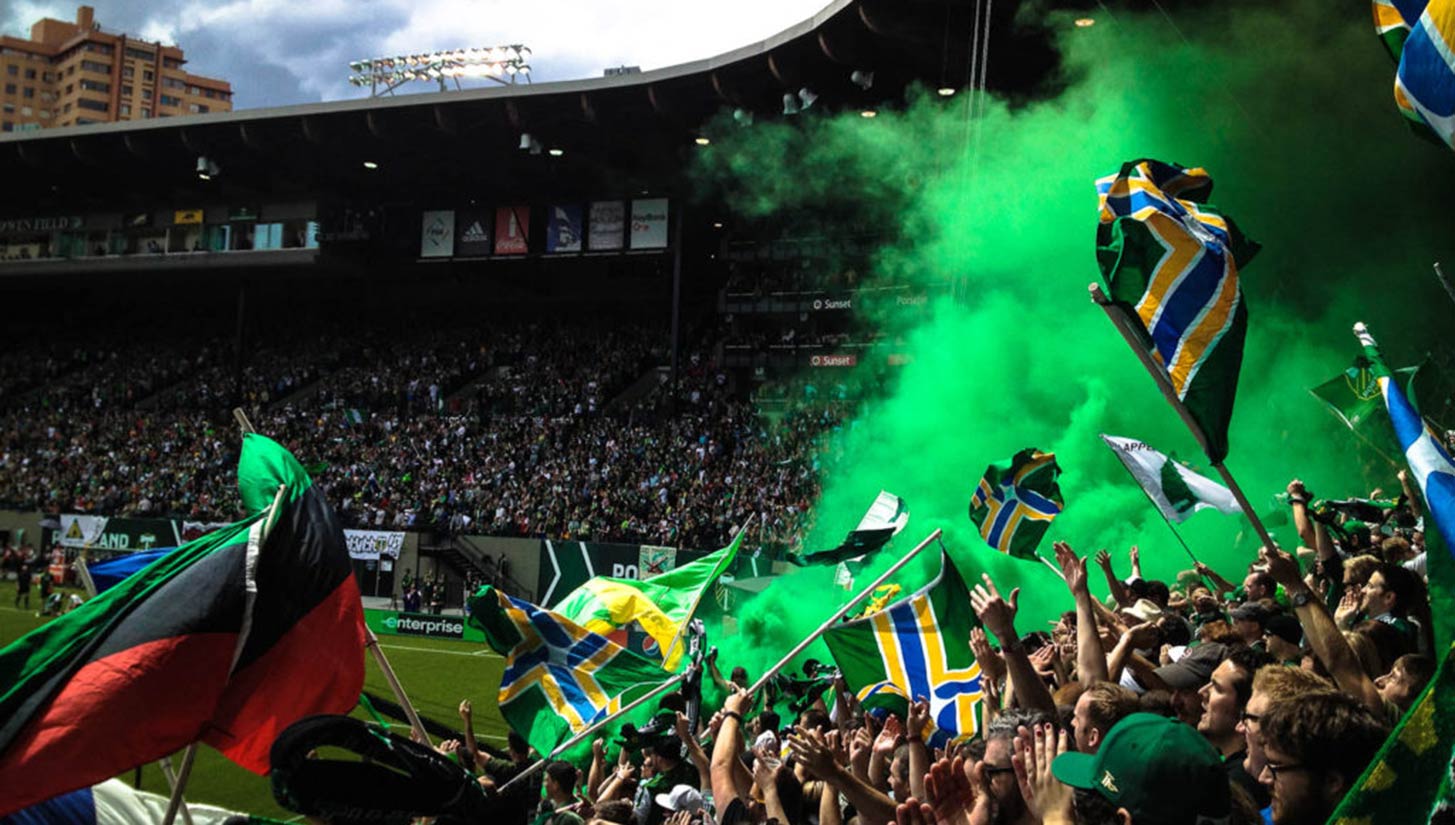 While El Trafico may be the trendiest rivalry in MLS, the Cascadia Cup is the league’s most cherished. Rife with history that predates the league itself, Seattle and Portland have battled in highly volatile regular season and playoff battles over the years, and may have another chance to see each other in the Western Conference Semifinals.

Seattle has been hot of late, going undefeated in their last five regular season games, while shutting out four of their last five opponents. Portland, on the other hand, has been mired in a slump, winning only four of their final 11 matches. Despite that, the Timbers won when they needed to, defeating San Jose in a decision day match with a playoff berth at stake for both sides. 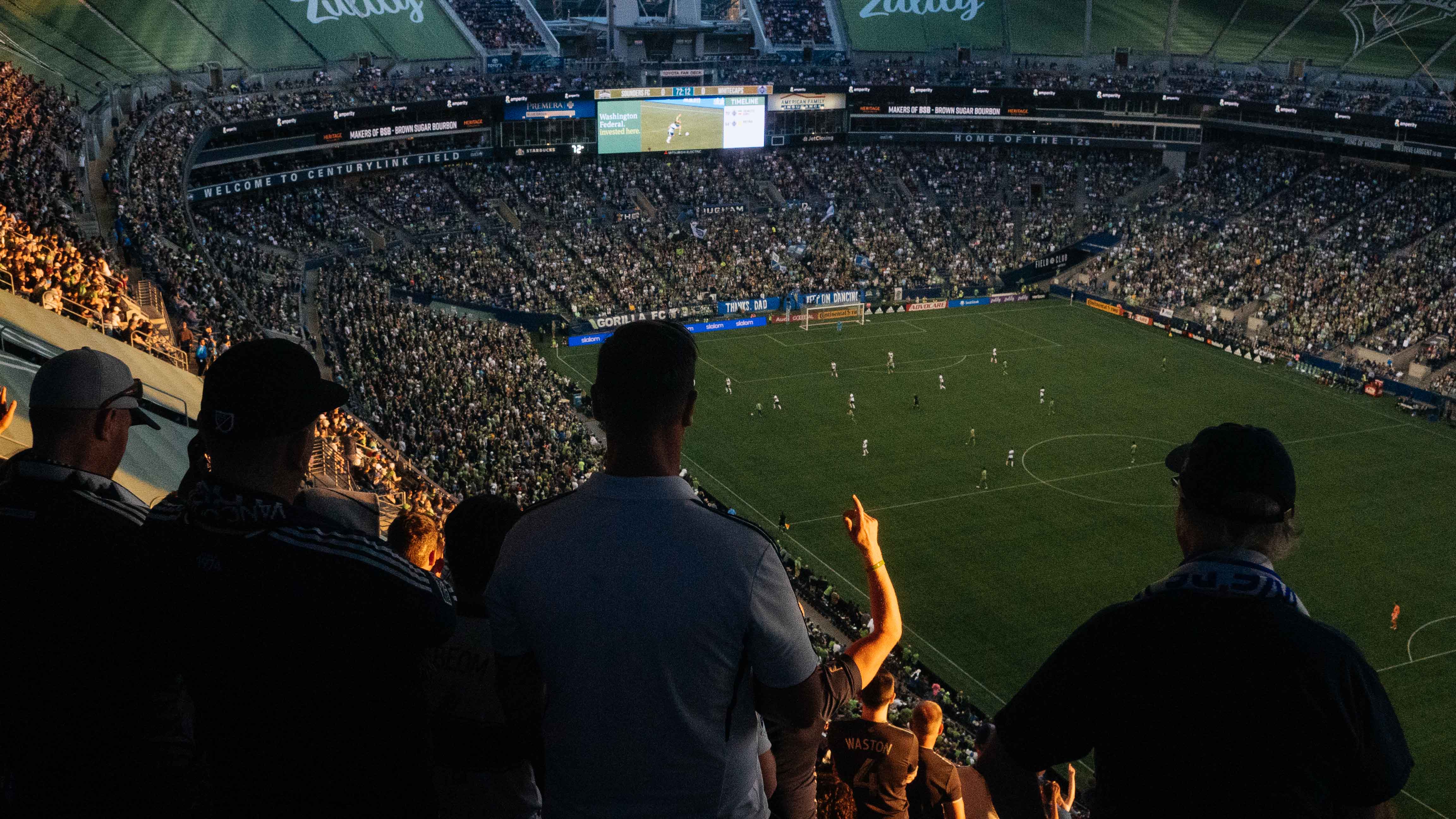 Like the two LA franchises, Seattle and Portland have some of the most dedicated fans in the league, ranking second and fourth respectively in total attendance in 2019. Unafraid to make loud statements, both fan groups were heavily involved in protesting the MLS prohibition of politically charged banners and displays at games, eventually leading to the league lifting the ban on the Iron Front flag used by both supporters’ groups.

If the game were to happen, it’d be at the higher-seeded Sounders’ CenturyLink Stadium, whose large capacity would make an even louder venue than the Banc’s.

My Prediction: Yes, having El Trafico and Cascadia Cup matchups in the Western Conference Semifinals may seem too good to be true, but it is entirely plausible. Portland and Seattle both have ample playoff experience on their rosters. Look for experience to trump talent in these first round matchups. 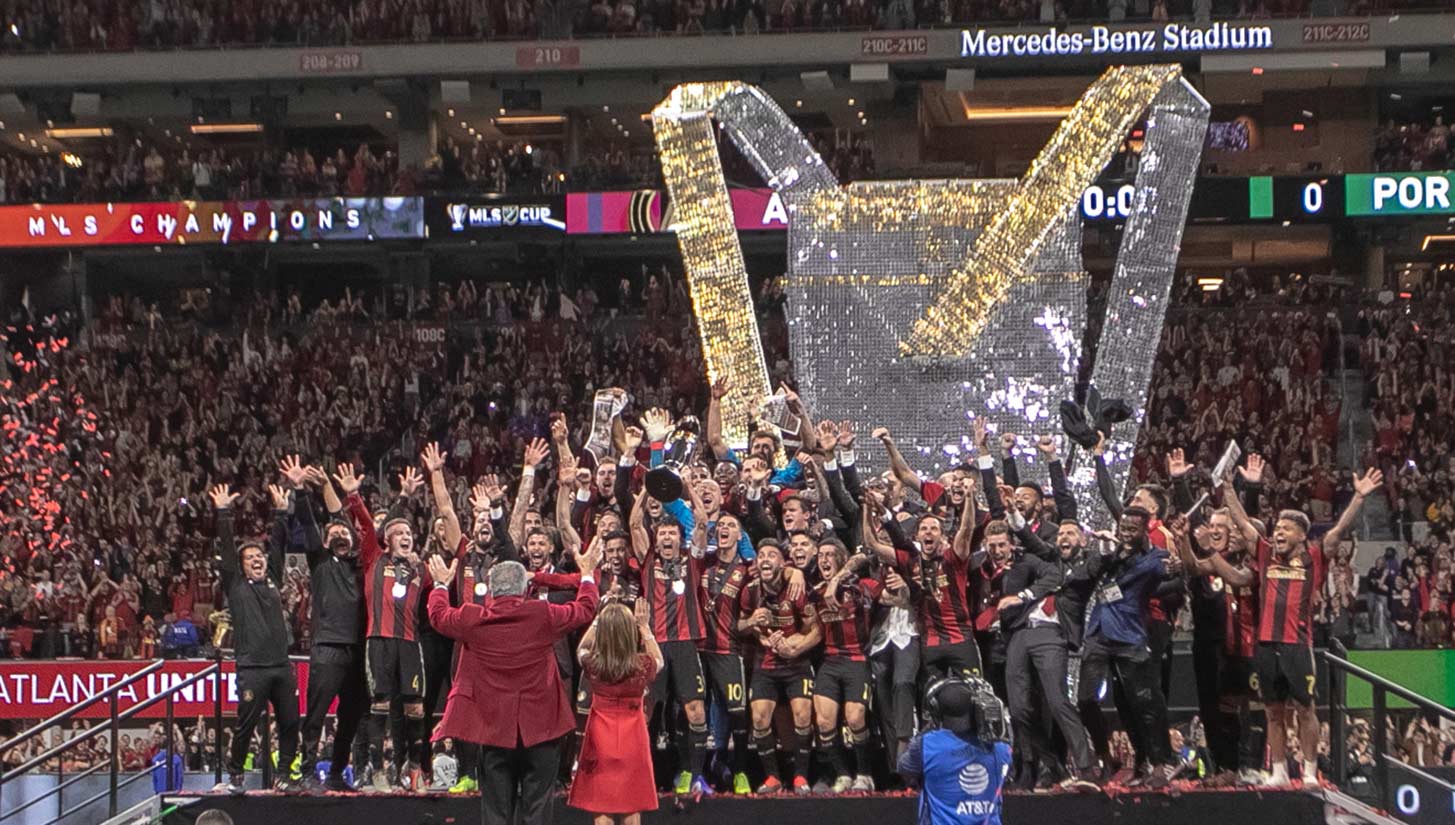 Last season was one for the ages for Atlanta United. The team played some of the most brilliant football MLS has ever seen, featuring the goal scoring frenzy of star forward Josef Martinez and the playmaking of the talented Miguel Almiron.

This year, Atlanta is back at it, albiet with a little less flash. Almiron was transferred to New Castle United during the offseason and coach Gerardo “Tata” Martino accepted the Mexico national team head coach position. Still, Atlanta has been strong enough to produce a top five offense in MLS and claim the second seed in the East. 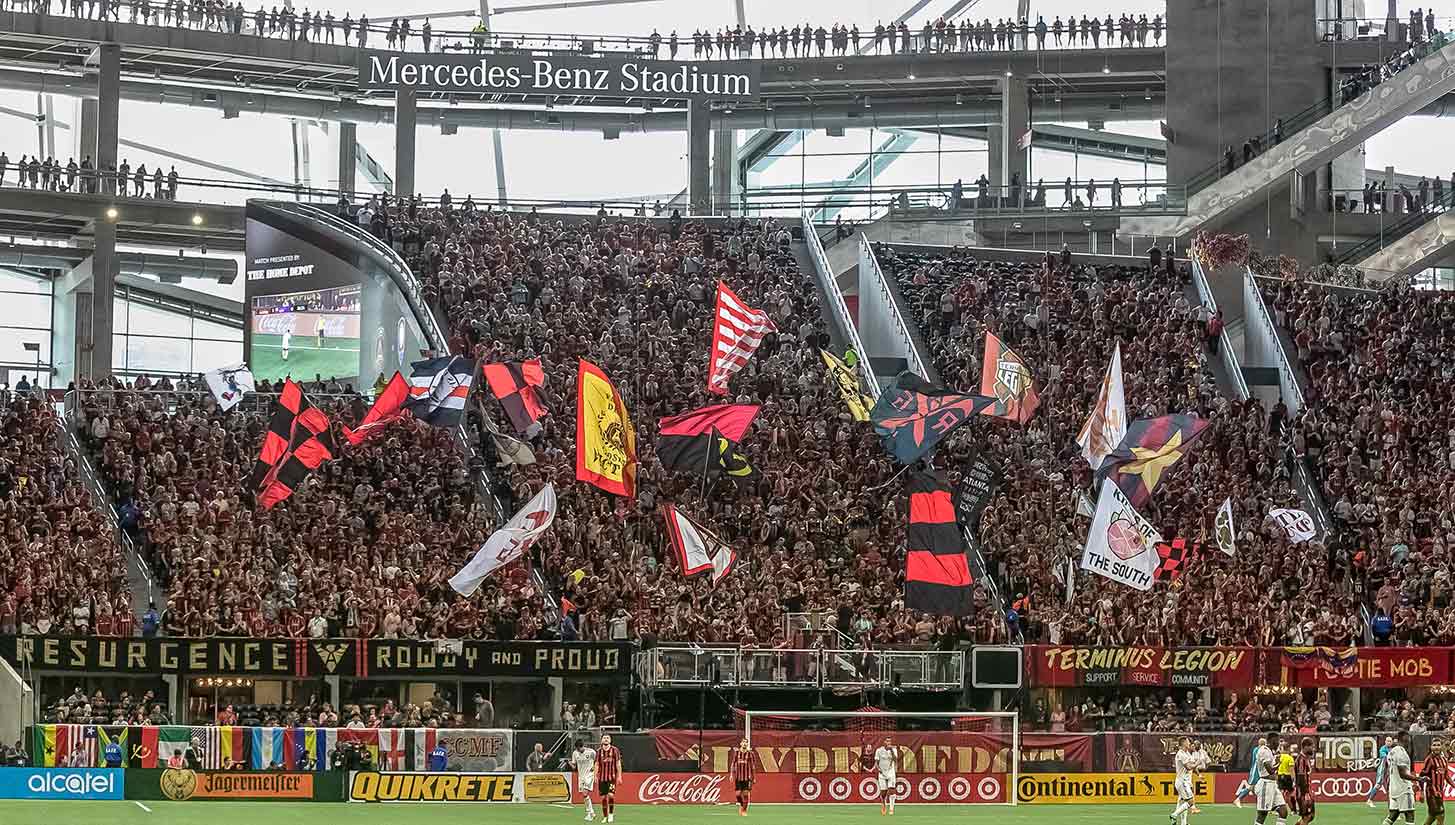 Standing behind them the whole way were the fervent supporters of the Hype Depot, a fan base that has made Atlanta Soccer City, USA 2.0 alongside Portland. With crowds that rival European giants in terms of numbers and noise, any team coming through the A will certainly have a hard time.

Behind the prolific goal scoring of Martinez, the dominant press of new head coach Frank de Boer, and the booming Hype Depot in the background, an Atlanta MLS Cup repeat is certainly not out of the picture.

Atlanta has a relatively clear road to the Eastern Conference finals, facing off against Bruce Arena’s New England Revolution before either the New York Red Bulls or the Philadelphia Union in the semifinals. The fate of this team may now ride on the health of center back Miles Robinson who suffered a hamstring injury while training with the United States men’s national team. If Robinson can get back on the field this weekend, Atlanta should coast through the quarterfinal. If not, de Boer may have to reassess his defensive tactics.

My Prediction: Yes, Atlanta United has all the requisite tools to push for a repeat championship. As mentioned above the health of Robinson will be critical to their success, but mainly the team will rely on a heavy dose of Martinez. The Venezuelan international scored four goals in five postseason matches last season. A similar output should lead to a similar result for United.

Who Will Be the Champion?

The one question that really matters — who will walk away with the 2019 MLS Cup? LAFC is by far the best offensive team on paper, and Bob Bradley has done a phenomenal job of developing the most dominant defense in the league. Still, my heart tells me Atlanta will get by NYCFC and has a good chance of repeating as champions. Yes, Atlanta would have to travel to a hostile Banc of California Stadium, but they have the experience of winning a championship last year. This may be the unpopular pick, but I see Atlanta hoisting the trophy come November 10.

What are your 2019 MLS Cup playoff predictions? Drop us a line in the comments below. 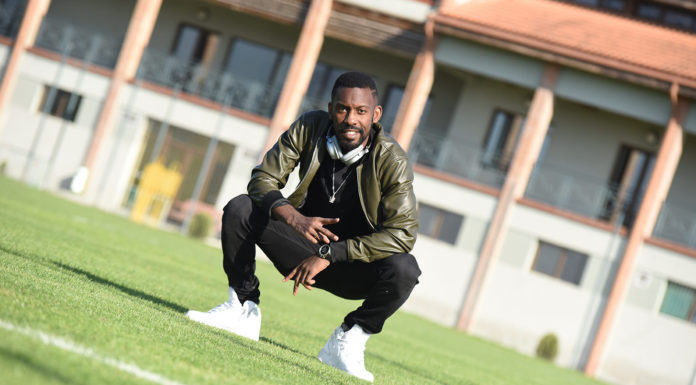