With dwindling audiences and increasing ticket prices in the United States, the International Champions Cup — once an exciting opportunity to watch Europe’s biggest stars on American soil — has become a bland set of friendlies with no real competitive edge. Now in its seventh installment, how can the ICC revert back to the electricity of its early days?

The U.S. portion of the 2019 International Champions Cup is officially over, and the results are in — Americans aren’t feeling it anymore. Attendance diminished to a new low during this year’s iteration of the tournament, which seeks to bring the world’s biggest soccer clubs stateside. But the question is why? There are a myriad of explanations, but the simplest answer is the ICC just doesn’t matter anymore.

Relevent Sports Group, which operates and promotes the series of summer friendlies, is partially to blame for the ICC’s slide into irrelevance. During the inaugural edition of the tournament in 2013, only eight teams participated in a crisp, clean two-group format with a final and third place match. All of the venues, save for one match played in Spain presumably due to travel issues, were in the U.S. The ICC gave American fans the ability to see some of the world’s best players live in a somewhat competitive format.

In that inaugural Cup, American powerhouse LA Galaxy played Serie A giants Juventus as part of a doubleheader at iconic Dodger Stadium in Los Angeles. Almost 41,000 fans showed out to see if their local MLS team could top a big European club (they did, 3-1), making the tension and intrigue palpable throughout the stands. The second match in the doubleheader pitted Everton and American goalkeeping legend Tim Howard against Cristiano Ronaldo and the stars of Real Madrid. At that time new signing Isco even made an appearance, playing the first half and then retiring into the bullpen and joining his new teammates on the temporary bench in left field for the rest of the match.

Compare the tension and excitement from that match day to one five years later, and it has noticeably dissipated. In 2018, AS Roma faced off against Tottenham Hotspur in what should’ve been a heavyweight marquee match similar to Real Madrid-Everton. Instead, it was played in front of a measly crowd of 18,861 in a dilapidated dump in San Diego. The match felt like an afterthought, being played in San Diego County Credit Union Stadium, a cobweb-filled tomb whose last event occurred six months prior.

So how did we get here? For starters, the format of the ICC changed drastically. Gone are the days of a final and third place match. Now the tournament is one big group table, with pods of teams playing in different continents, and the winner being the club at the top of the table at the tournament’s conclusion.

In an effort to expand the global reach of the ICC, Relevent began putting ICC games in Australia, Europe, and Asia. While it’s great to see the tournament in those markets as well, why not rotate it every summer? By having it every year, the novelty wore off. It’s all just a blatant cash grab at this point. Rotating hosts allows for a return to the original format and makes it an actual cup again, instead of diluting the tournament with many big clubs playing random friendlies scattered across the globe.

The old format provides a better atmosphere that even the most casual soccer fan can appreciate, and it was a cheaper ticket too. How can the ICC justify the prices of the tickets with the quality of the product on the pitch and the experience off of it? Nobody wants to pay $45 plus parking to see Barcelona and Tottenham’s third teams square off surrounded by swaths of empty seats. In the age of Twitter, Instagram, and Snapchat, the ICC should be aiming to create a more memorable, shareable experience.

But then again, Relevent Sports Group can’t really control which players choose to play. While the ICC is a great chance to see your favorite European club in action, it’s often a watered-down version due to international competitions like the Copa America, Gold Cup, and the Euros that take place earlier in the summer. A handful of the world’s biggest stars skip the ICC to give themselves a break in between those tournaments and the beginning of their club seasons. In all fairness, the vacations are warranted, otherwise players would have an entire calendar year of matches.

As the football calendar lengthens each year, the ICC also contends with clubs who drop out due to continental qualifying commitments. Earlier this summer, Fiorentina joined the ICC as a last-minute replacement for Roma because the giallorossi are participating in the early rounds of Europa League qualification. And then there’s the case of Juventus, who participated in the ICC this summer but avoided the U.S. due to Ronaldo’s recent legal troubles.

So where does the ICC go from here? Perhaps if they reverted to the old, original format and rotated hosts as well, the tournament would be meaningful again. Given the MLS All-Star game featuring Atletico Madrid saw record-low ratings last week, even the old format might not be enough to save things. The American appetite for competition seems to have dwarfed the thirst to see the world’s top stars. One thing that’s for sure, maintaining the status quo shouldn’t be an option if the ICC wants to stay relevant.

What are your thoughts on the International Champions Cup? Drop us a line in the comments below. 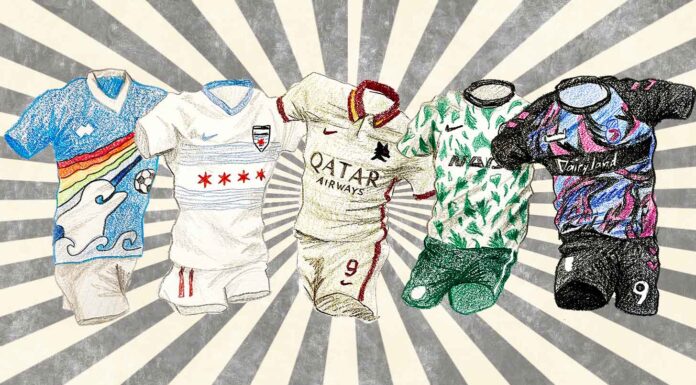