The Asian Freestyle Football Championship (AFFC) is the preeminent freestyle competition in Asia, showcasing many of the world’s best, from Japan to Indonesia to China and beyond. This year’s installation stands to be the most competitive yet, with experienced veterans and a slew of eager young contenders bringing more technique, more creativity, and even more swag.

This year’s 4th AFFC takes place in Davao City, Philippines. Over 30 delegates from 12 countries will compete today, Dec. 9, with the hopes of making it in the top 16 and advancing to the final stage on Dec. 10. Get to know some of this year’s top Asian freestylers looking to take the 2016 AFFC title!

An athlete with originality and creativity for days, Ibuki is the kind of athlete that puts the style in freestyle. He’s gone 1 and 2 in a number of recent Japanese competitions, and placed in Super Ball’s top 16 earlier this year. “I started freestyling four years ago. Before I started freestyle, I was on the high school soccer club team, but I injured my knee, so I couldn’t do any training,” he told Urban Pitch. “After that, I trained dribbling and juggling techniques alone. That was my roots of freestyle. I train freestyle 5 to 6 hours every day, however it’s very hard for my body, so I’m careful about my health.”

Based in Shanghai, and one of China’s top freestylers, Cheny’s past wins include the 2014 China National Championship. This will be his third AFFC appearance.

Ho Jia Wei’s first international event was at the inaugural AFFC in Vietnam when the talented freestyler was only 13. He’s competed in every AFFC since, and is one of the youngest and most promising freestylers in Singapore. He’s also part of Singapore’s Urban Street Team. “I used to play football and got into freestyle after I came across some Ronaldinho advert on YouTube which got me really interested to try the sport out,” he told Urban Pitch. Although he has to balance school work with practice, the up-and-comer explained that, “Recently I have been training especially hard when I went to Melbourne to watch the F3 world tour, training from morning to late at night.”

2013 Vietnamese champion and 2013 AFFC runner-up, TuNgage is always reliable for a good show. He’s also one of the more traveled freestylers amongst the group, and is ranked globally with the Freestyle Football Federation.

This will be Andryadi’s second year at the AFFC, after finishing third in last year’s competition held in Jakarta, Indonesia. He is currently Indonesia’s national champion for the third year in a row, and is looking to rise the ranks with a big win at the AFFC. With more accolades under his belt, Andryadi may be able to participate in the near future at the exclusive Freestyle Football World Tour.

As a highly experienced and well-known freestyler, PWG is a clear favorite to make a deep run at the AFFC. He’s a top-ranked athlete worldwide, and has consistently had solid showings at major events, including Super Ball, Freestyle Football World Tour, and a second-place finish in last year’s AFFC. “As I am currently recovering from a neck injury that I got prior to Melbourne, preparations has been tough. Been focusing on getting better, but my coughing has gotten worse. All I can do is push through and do my best,” PWG told Urban Pitch recently. “As for the level, the Japanese guys are showing insane level as always. But also the two Indonesian guys, Ardhi and Arie (who are battling eachother) are looking really strong.”

The man to beat, Kosuke’s list of accomplishments reads like an encyclopedia. He is the reigning AFFC champion, and recently battled his way to second place in the 2016 Red Bull Street Style finals. By all accounts, Kosuke seems to be in the prime of his freestyle career—focused, confident, and ever creative, as is characteristic of his Japanese counterparts. It’s highly possible we will see another Kosuke v. PWG final this year, although a few other hungry competitors will try to have a say in that matter.

Pongsatorn Ohm Sungpliansang aka Ohm has been in the freestyle football scene for nearly a decade, competing in every AFFC since 2013, and representing Thailand at the 2014 Red Bull Street Style in Brazil. Ohm will be the sole freestyler repping Thailand at this year’s AFFC.

One of the brightest talents who will be taking the stage this year is Falsafi, who discovered the sport after sustaining a knee injury while training with the U19 Iran national team. In 2013, he competed in Super Ball where his original moves gained him a top 10 place in the “routines” event. He was also the runner-up at the official Iran national championships in 2015, but had a disappointing early exit in last year’s AFFC. He’ll no doubt be looking to make a comeback at this year’s Asian championships. 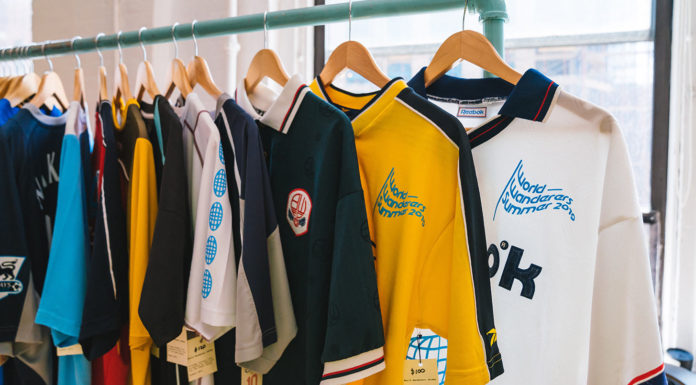