While the last edition of Top 10 Tekkers highlighted some of the world’s best up-and-coming ground movers, this week’s comes to you by way of the freestylers. We have scoured the web to spot some uncovered freestyle talent from all over the globe, so take note, as you might see some of these ballers on a podium at a major competition in the near future.

10. All Around Training Session

Sixteen-year-old Mariana Carney has been practicing freestyle for almost a full year, and she is already a baller. It’s even more impressive that she dealt with an injury that kept her from training from February to August. Her favorite trick is Homie Touzani ATW and she is currently working on landing a Lemmens ATW.

not very happy with these clips, but i had good clips but can’t transfer them? my outside atw record is currently 6 and i’m trying to get to 10 and my sits have gotten so much better, so hopefully i’ll get new good sits clips soon #freestylefootball #thisgirlcan #iamafreestyler #ballersdistrict #freestylecorner #fre365tyle #freestyletalents

Abdoul is a freestyler from Belgium who has been practicing the sport for about four years. He’s got incredible control with the ball, especially with those tricky knee bounces. At only 20 years old, he has already competed in Super Ball, in addition to being one of the world’s top panna players. Abdoul appreciates the beauty of all facets of the game, something that we can definitely relate to.

Hailing from Saitama, Japan, 19-year-old Ryomar is a new face on the freestyle scene, practicing for about a year. We all know that there’s a parallel between break dancing and freestyle, and Ryomar captures that perfectly in this clip. While he has yet to compete in a freestyle tournament in his young career, he will make his debut at the Japan Freestyle Fes later this year.

Mercedes is a very impressive Mexican dual sport player. Her freestyle swag is pretty impressive, but her street skills are just as fun to watch. She’s been balling for several years now, and it will be fun to see her improve with time.

Another undercover talent is Samaria Julien, or Juliien Sam. He currently lives in Saint Paul in Reunion Island and has been freestyling for four years. Julien has been rehabbing a hamstring tear for about six months, although his clips wouldn’t show it. To Julien, freestyle is an art and a freedom.

Kawar Hakari is a new freestyler who has been in the game for about four months. The Kurdistan, Iraq native’s favorite freestyler is Tobias Becs. He has never been in a competition before, but he wishes to one day compete in Iraq’s national competition. He is proud to be a Kurd!

Representing Athens, Greece, Panayotis Kamposioras has been in the game since 2010. His favorite freestyler is Szymon Skalski and his favorite footballer is David Villa. As a freestyler, his favorite trick to do is the Eclipse. He placed second in Greece and participated in SuperBall 2014. Even though Panayotis is Greek, he says that he will marry a Latina girl one day.

Eastern European freestylers have really surged within the last several years. Vlad Fanatov is a powerhouse Ukranian freestyler and panna player who has repped his country in international competitions like Super Ball. Training for nine years, Vlad has brought his upper, lower and sit skills to a high level. Check out this Palle!

2. Acrobatic to the Next Level

We mean it when we say it, James is a next level baller. The five-year freestyle vet’s incredible balance in his stalls and shin juggle variations are unreal. Although he lives in Amsterdam, the 16-year-old James is Indonesian. The young freestyler has yet to compete in a competition, but it’s easy to tell he could surprise a lot of big stars.

Shohei Fujimoto is the second Japanese freestyler on the list to incorporate some insane b-boy moves in his flow. How the ball magically glues to him in all these positions? No one will ever know. All we can say is that b-boy skills have taken this guy to the extreme. 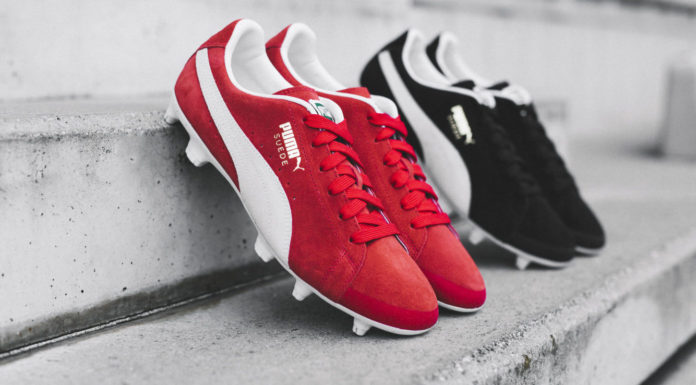 A Tour Inside the Adidas Base Berlin: The Innovative Street Playground That Set a Blueprint for the Rest of the World