Street football in Barcelona has always been a massive part of daily life. But as the city has changed over the years, so has the way in which the street game is played. Longtime Barcelona resident Ignasi Torné Gualdo compares his childhood days of playing in the streets with the state of the game today.

The Barcelona where I used to play football on the streets doesn’t exist anymore.

While many flock to the Catalan capital for seafood paella, architectural landmarks, and yes, football, the true culture of Barcelona is something that the masses have yet to explore. The city is full of creative talent and expression, from the cafés to the walls. Without a doubt, the source of our unique culture is the streets. Anyone who has walked through the narrow and winding roads of the El Raval neighborhood has seen the beauty of the city’s urban life. 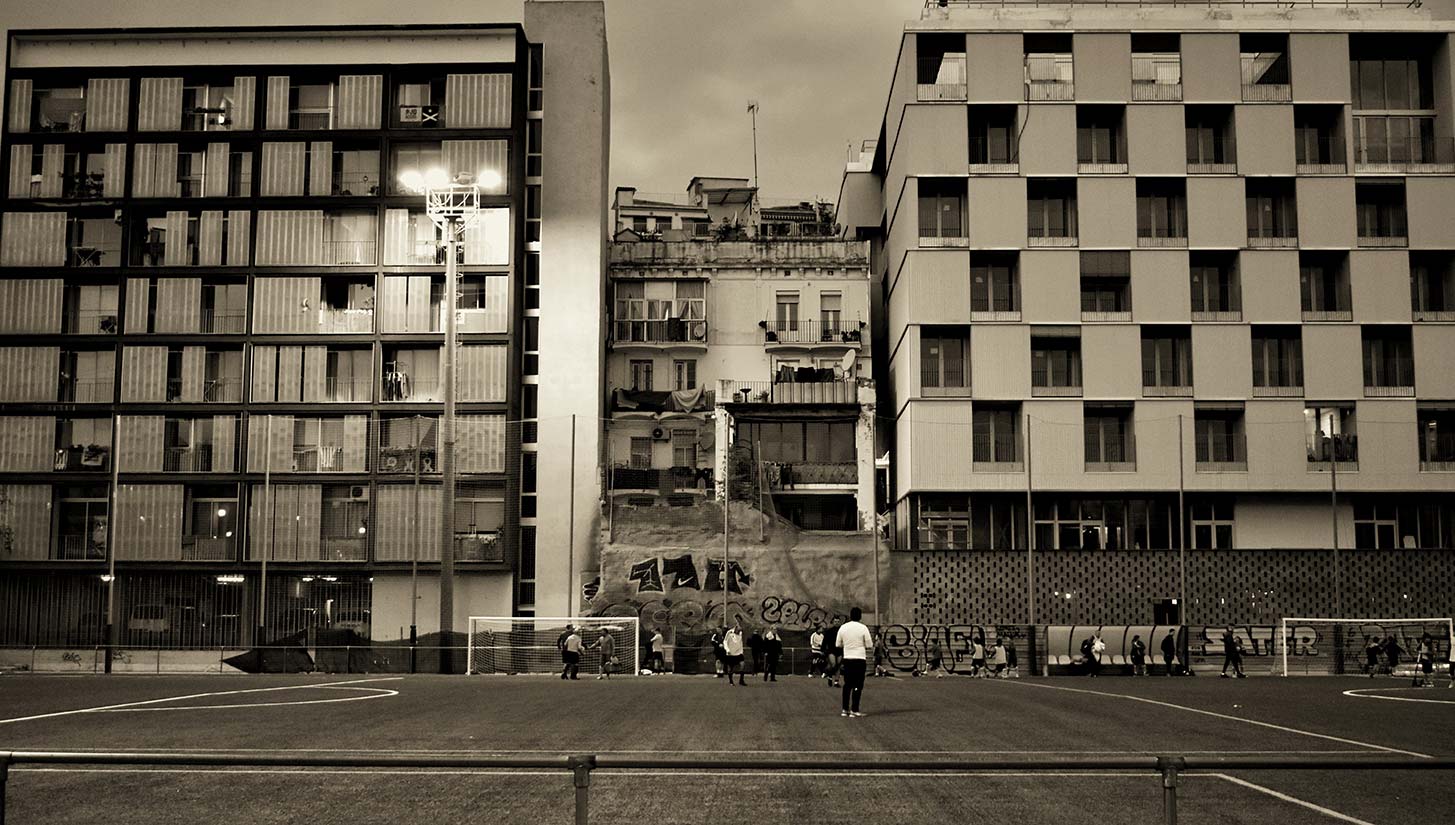 But in reality it’s not just one culture in Barcelona. There are so many that find themselves entwined in our daily lives — an accurate reflection of the city’s diversity. Each person’s flavor offers something bespoke for the recipe of Barcelona’s culture.

It’s just past 8 a.m. on the dusty Raval streets of my grandparents’ barrio. They have lived here since the ’50s — it is their barrio. I’ve come back here again and again over the years. Just about every significant first in my life has happened here. The first time I went to the cinema with friends, my first date, my first drink — crappy sangria at the only dingy bar that would serve a 14-year-old.

Here is also where I used to play football on the streets and squares. My memories of urban football are in sepia tone. I consider myself very fortunate because I was born in a place like this, where the energy flows like a stream in those streets. Artists, students, musicians, designers, and hard workers are the frame of this magnificent city. 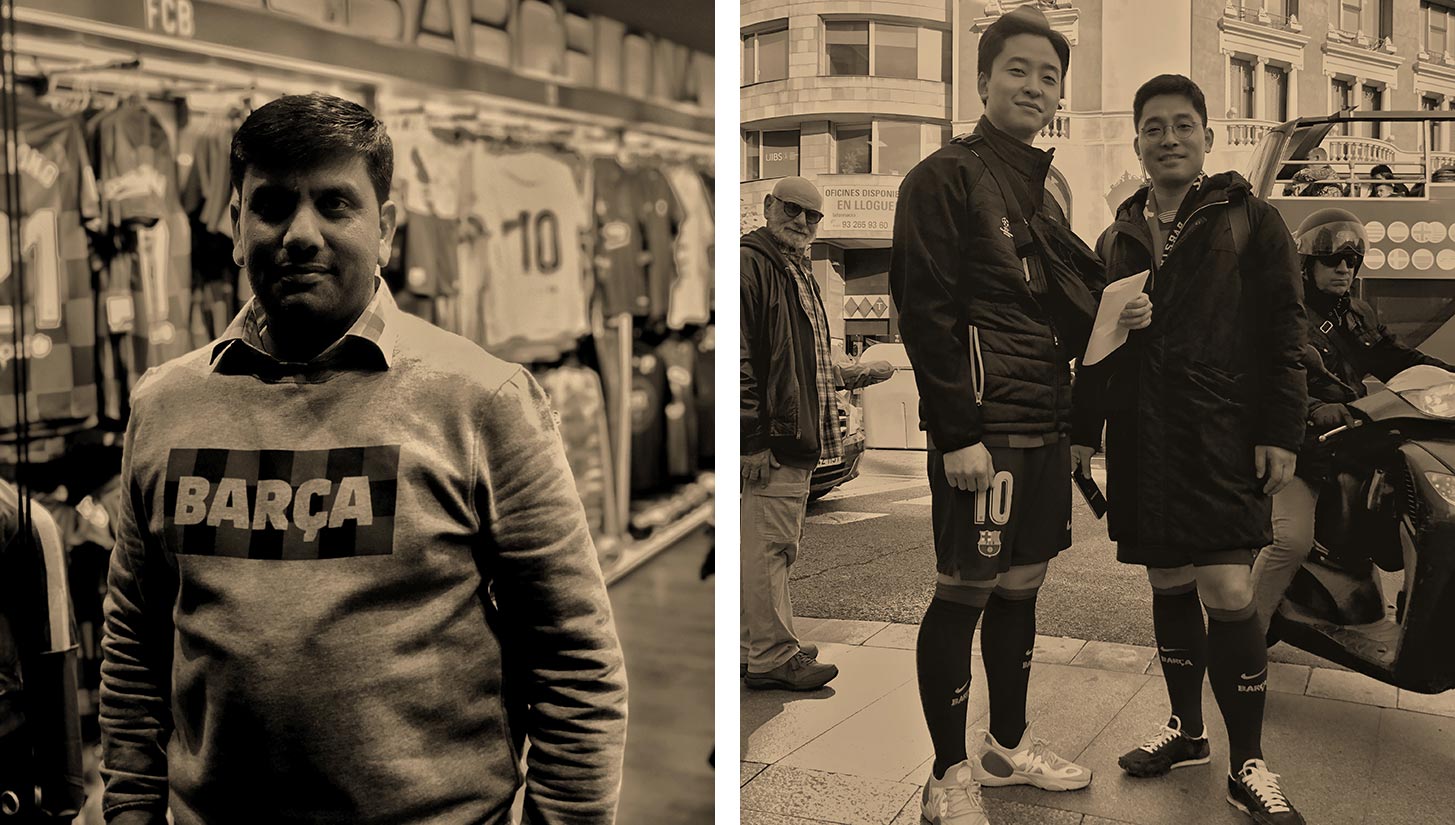 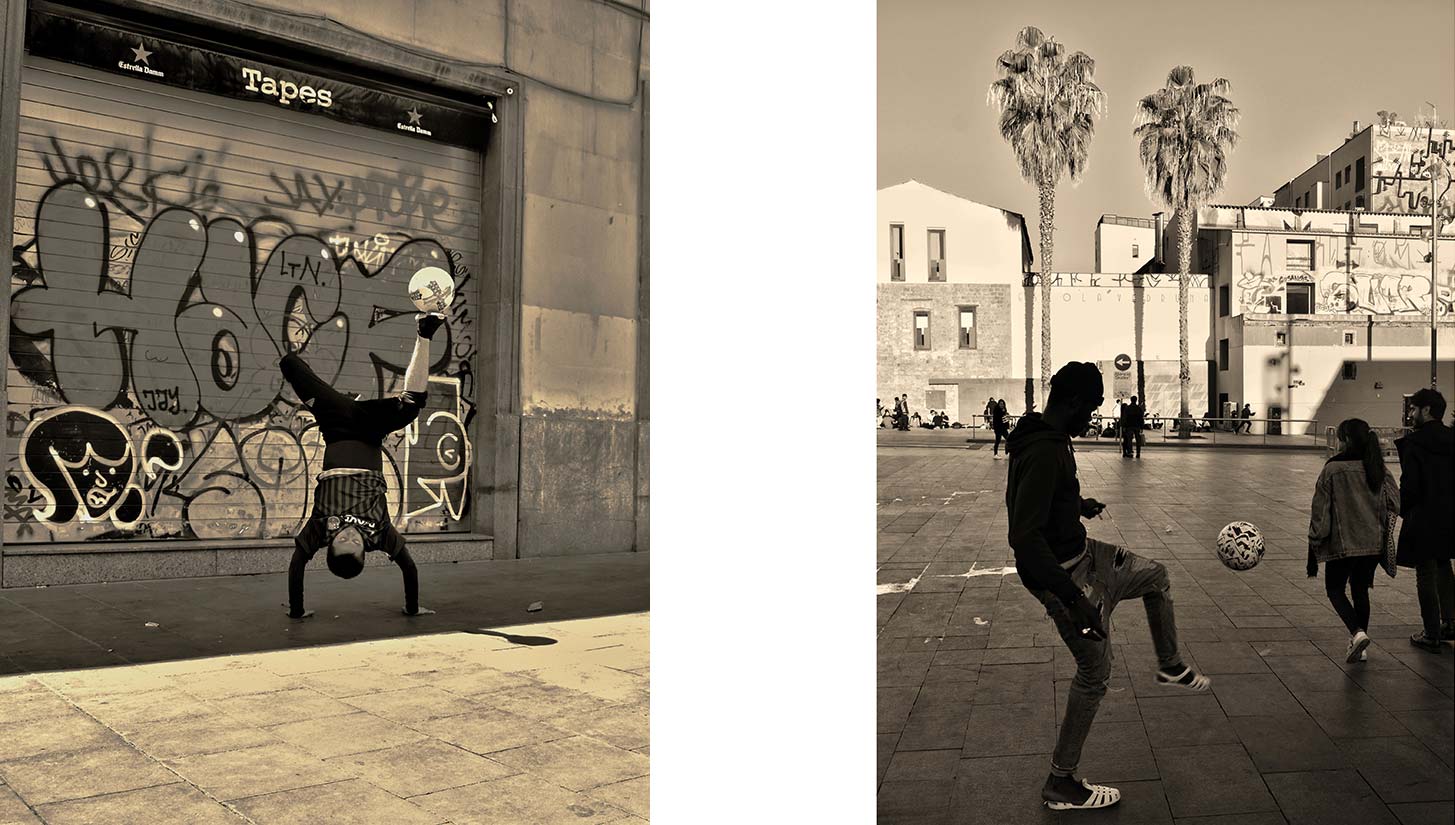 Reminiscing on all the games we’d play in the streets makes me feel old. As diverse as Barcelona is, it’s the youth that shape the modern trends, a group that I’m no longer part of. But I’m still eager to play, even if it means getting embarrassed by a group of younger, faster, and trickier players.

There was a time when I really competed on the street. Vacant lots in Poblenou served as our courts — blank canvases for our impromptu matches. The traffic was insignificant because nobody was driving there; there was nothing to do nor see! That Barcelona doesn’t exist anymore. As I stroll past the streets in which we used to play, I smile at the corners at the end of the block that we used as goals. The balcony where I lost many “sea balls” is still there, looking at me with a challenging energy. 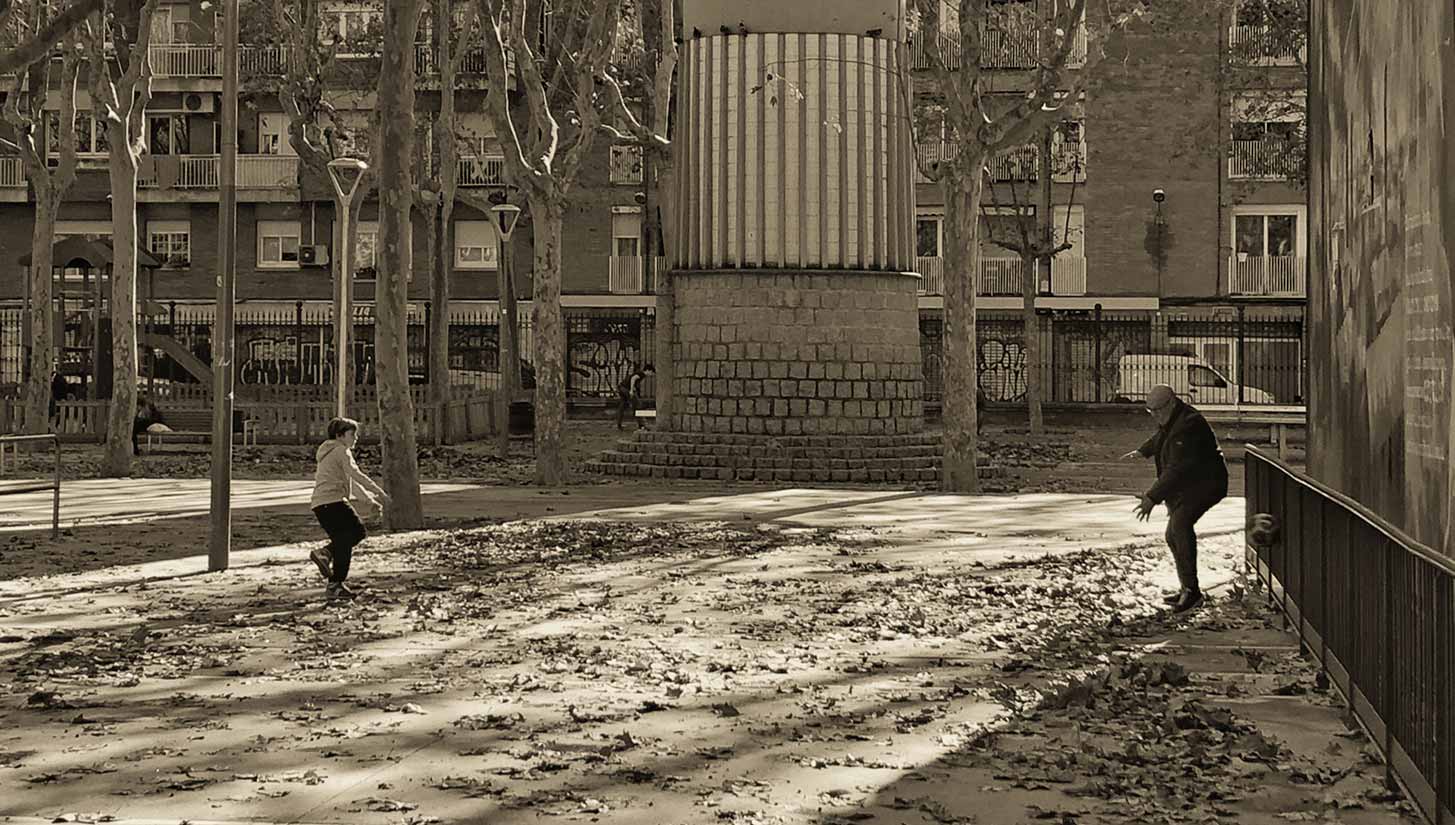 During school, my classmates and I were competing in the scholar league, a kind of irreverent and DIY futsal. But many afternoons on summer and holidays we needed to kick something. The school league wasn’t enough to satisfy our cravings.

My favorite games were on Saturday mornings. Children like me from all over the city left their homes to play sports, either taking the bus or waiting for the metro. I’d have my Discman, and on occasion would read the sports section of the newspaper and discuss the latest news with the lads. The one thing you couldn’t forget, however, was your lunch. I don’t know how many games were fueled by a sandwich and Coke — the last thing you’d want was to be playing on an empty stomach.

I still remember when wearing a pair of Nike Total 90 boots casually with jeans and a polo shirt was a symbol of elegance in Spain. Of course, we still had other hobbies. This was around the time where we’d try and make plans to meet up with some girls to go dancing or to the cinema. But through it all, we were ready to play football at any given time. 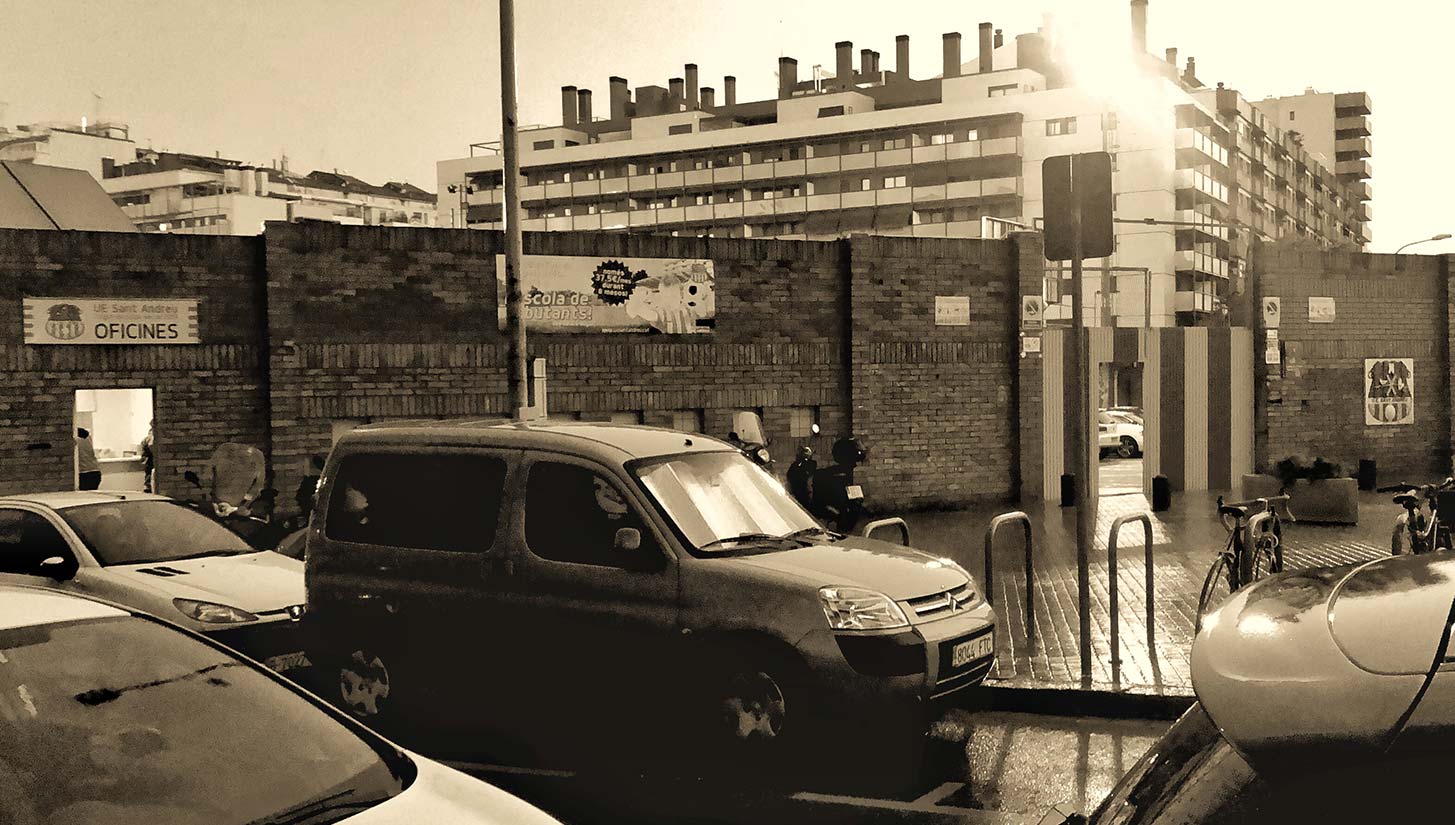 I can honestly say that Barcelona breathes football in every corner. The game beats in town, but its ubiquity on the streets themselves has diminished. Traffic, skateboards, and people are not the best ingredients for the rebellious act of playing football down the road. But you can still find the game if you know where to look. There are sports facilities, municipality pitches, and neighborhood clubs. The parks are clean and safe, unlike the ones I tried to avoid when I was 11. 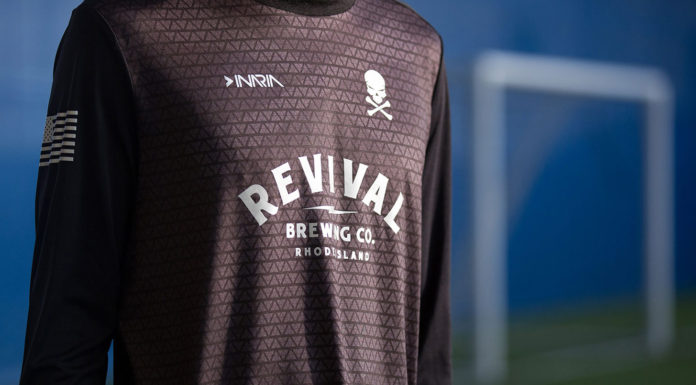