After undergoing one of the most profound “glow ups” following his stint in prison, trap legend Gucci Mane hinted at purchasing a soccer club in a recent Instagram post. Whether or not he was serious, we couldn’t help but rack our brains and come up with some clever FC names based on the Atlanta rapper’s music catalog and luxurious lifestyle.

Gucci Mane has proven himself to be quite the businessman, starting his own clothing label Delantic and penning his autobiography, but could he be expanding his rap empire to…owning a soccer team?

He’s had an incredible career as a rapper, but has battled legal troubles from street life and a beef with fellow ATLian Jeezy. Music-wise, he’s released dozens of projects since his debut album in 2005, Trap House. The LP featured the Jeezy-assisted single “Icy,” a Zaytoven-produced banger that first elevated both rappers to the national landscape. From there, Guwop has infiltrated culture with his larger-than-life persona, bulldog work ethic and infectious music.

After serving a stint in prison from 2014-2016, the trap pioneer has spent the past few years getting back on his feet, now totally sober and noticeably slimmer. Could a foray into team ownership be next on his list of things to conquer?

HoodMorning World I just bought a soccer ⚽️ team what should our name be???? ?

The Brick Squad boss posted a picture on Instagram last week of himself standing on a pitch in what appears to be South Florida, claiming in the caption that he “just bought a soccer team.” The news can neither be confirmed nor denied, but nonetheless, he asks his followers to help him name said team.

Fellow Atlanta rapper Killer Mike chimed in via the comments section, suggesting “The Trappers,” a reference to both the lifestyle of hustling in Atlanta and the hip-hop sub-genre that Gucci Mane, along with artists and groups like Three 6 Mafia and T.I., helped popularize.

Of course, we at Urban Pitch had several names in mind as well.

How about Kevin Vote‘s idea of Guwop FC? A spin on one of Gucci Mane’s several nicknames. Or East Atlanta Santa United? Perfect in time for the holidays.

Greg Kaganovsky dreamt up Lemonade Stand, a perfect tribute to Gucci Mane’s classic “Lemonade” from the gold-certified album The State vs. Radric Davis.

Other particular standout suggestions from fans on social media included 1017 Kick Squad, after Gucci Mane’s record label, 1017 Brick Squad. The number 1017 comes from the address of his grandfather’s house, and Gucci even went as far as getting married on October 17 of last year.

If none of those have struck a chord with you, how about other suggestions of Mane-Chester United or Burrcelona FC? Surely Man U and Barcelona wouldn’t mind, right?

As far as supporters’ group names go, there’s only one viable option that can work — The Human Glaciers, in reference to his most recent album release, El Gato: The Human Glacier. We can already picture the glare from the iced-out supporters’ section interfering with an opposing penalty kick.

For jerseys, we’re thinking we’d get a special edition Gucci kit similar to the $700 Versace shirt that was released in May. While we won’t be getting our hopes up for a club with Mr. Zone 6 at the helm, we will certainly be ready if that day ever comes.

What do you think Gucci Mane would name his soccer team? Sound off in the comments section. 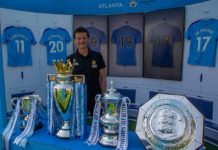 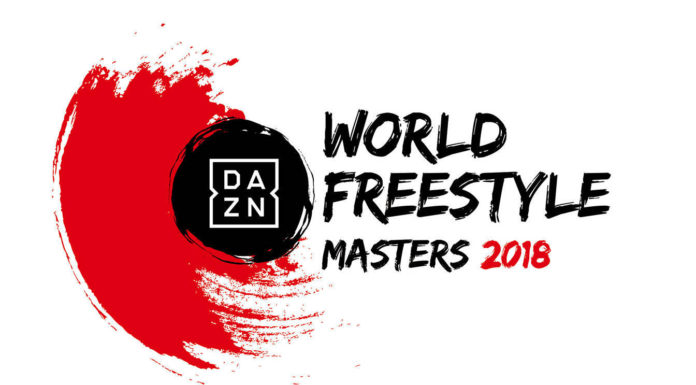