For the second year in a row, MLS and adidas hosted a fashion show to reveal their kits for the upcoming season. While there weren’t any bold and reimagined takes on a football kit this year, the 2020 kit showcase featured a handful of celebrities in all-new adidas shirts commemorating MLS’ 25th anniversary.

Gucci, Prada, Fendi, Louis Vuitton, Balenciaga…adidas? It’s Fashion Week in New York City, and MLS has taken to the runway to unveil its 25-year anniversary kits. Directly across from Madison Square Garden, the world’s greatest arena, a queue wraps around Pennsylvania Plaza onto 33rd St. It’s an eclectic and diverse audience, as one hears the mix of international accents and metropolitan individuals here to celebrate the league’s new shirts. 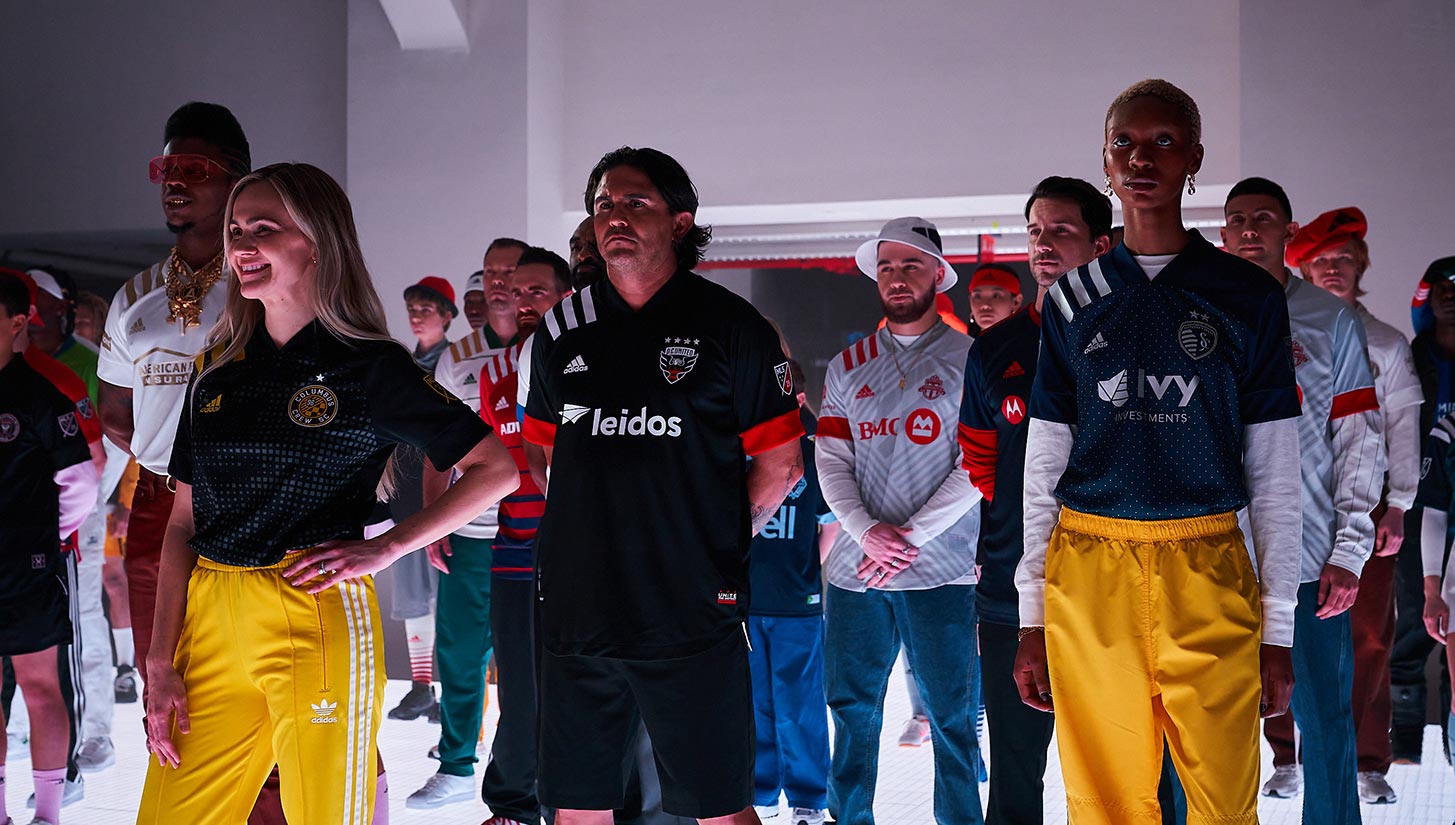 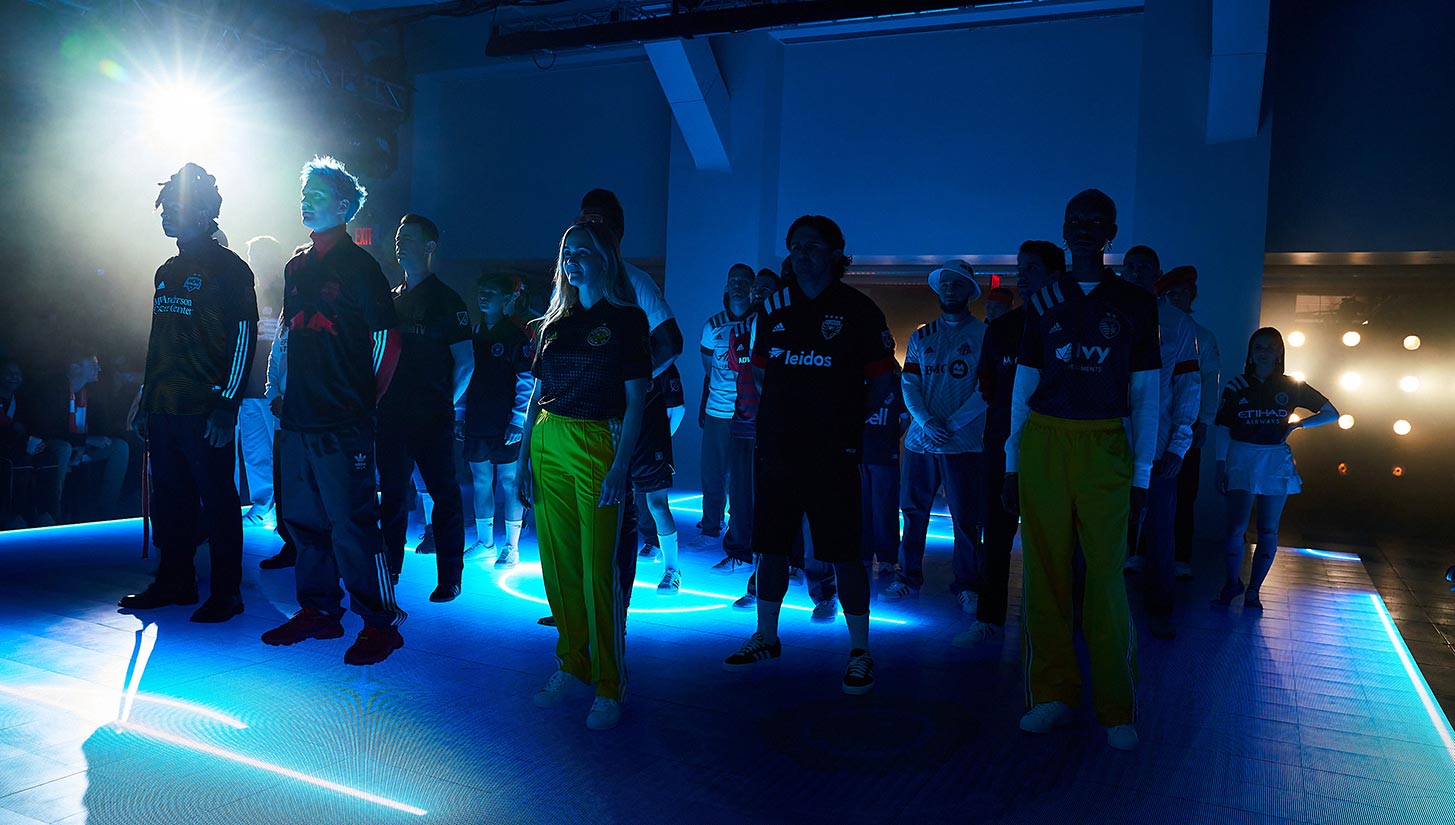 After checking in, I made my way up to the pre-party alongside the flood of others who joined in on the open bar. MLS executives hobnobbed alongside industry personnel and spectators. Sponsored by Captain Morgan, the signature cocktails ignited the party with spiced rum drinks, and the DJ’s electronic lounge tunes grooved into the atmosphere.

Having grown from a 10-team league shadowed by the constant threat of bankruptcy, the fact that MLS now has 26 (soon to be 30) teams playing between two countries, with a fashion party in the heart of the Big Apple is a statement of its prosperity. 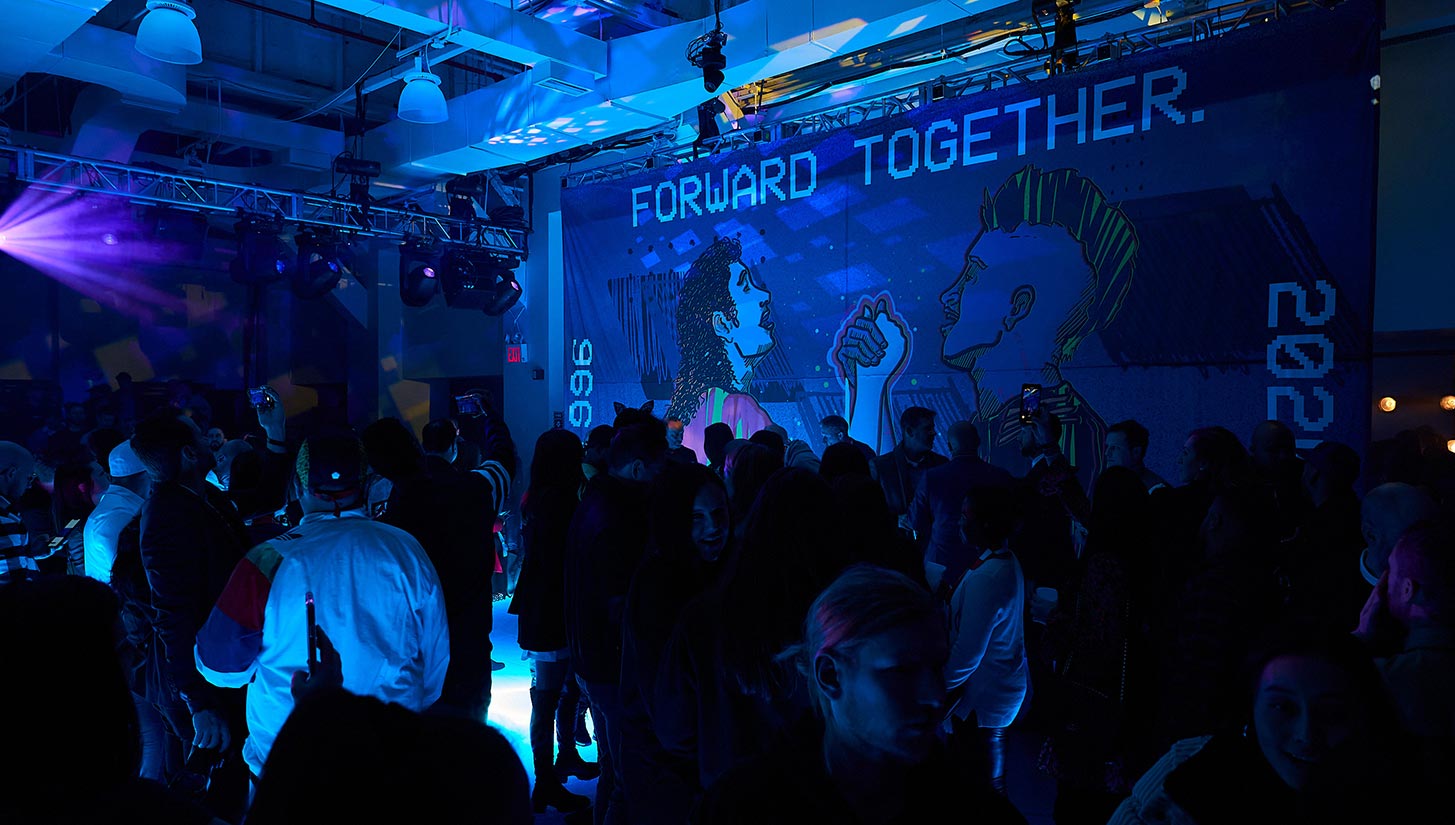 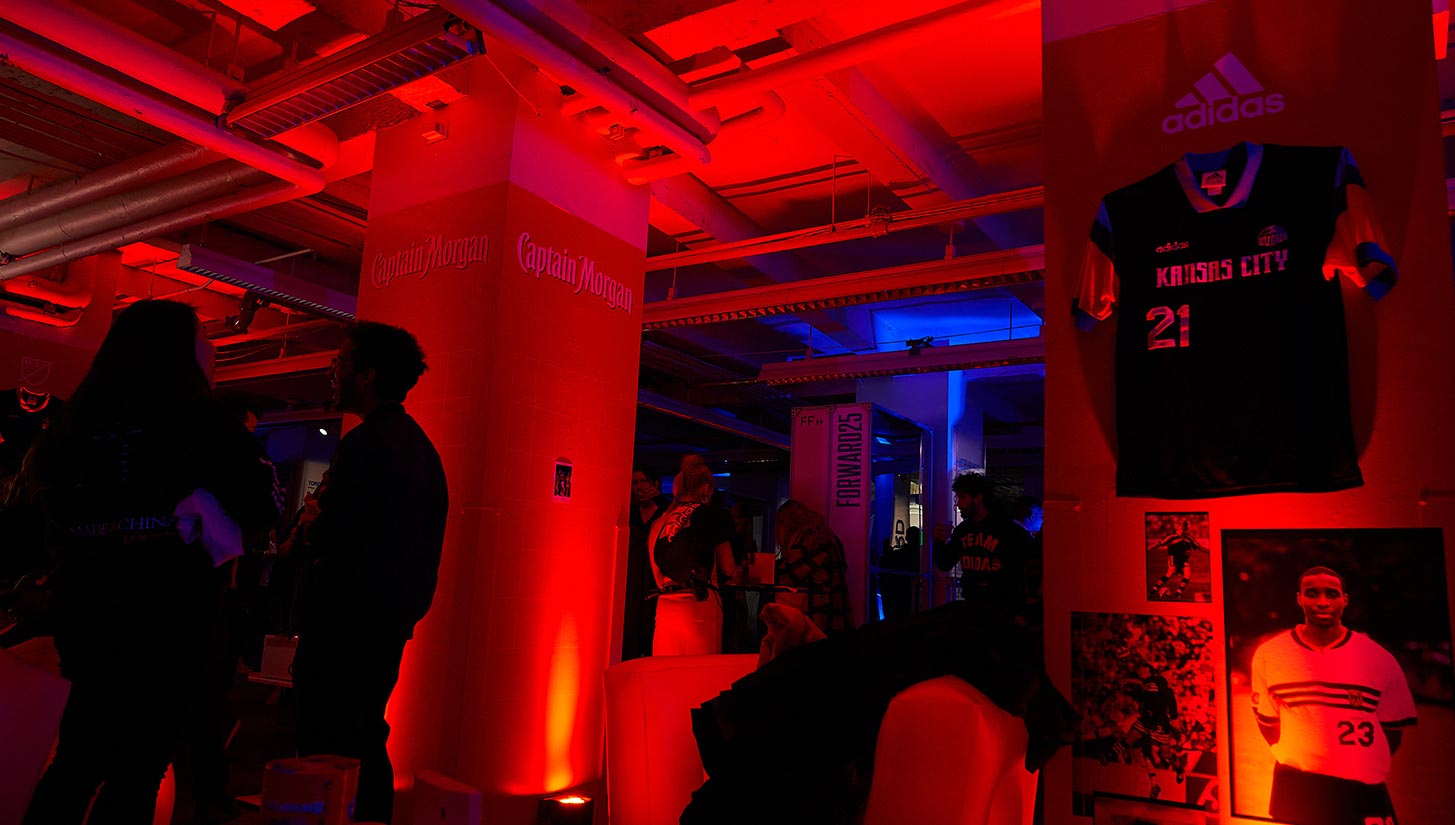 Part of that success has been the league’s directors to constantly push the barriers of the matchday experience by increasing fan interaction and connecting its viewers to pop culture. One avenue has been through fashion, and for the quarter-centennial anniversary, adidas added a few new design elements to bring the kits into the next decade. The most obvious is the 25th year crest on each team’s shirt, as well as a new typeface for names and numbers.

When I first read about these changes, I assumed they would follow a typical adidas template, much like last year’s but with these small changes. But what I found at the event was an entirely remodeled shirt, partially vintage-inspired on the shoulder, futurized by a sleek form. adidas has taken a chance on the design, and in return, has given the consumer a sophisticated, almost tech-like shirt. 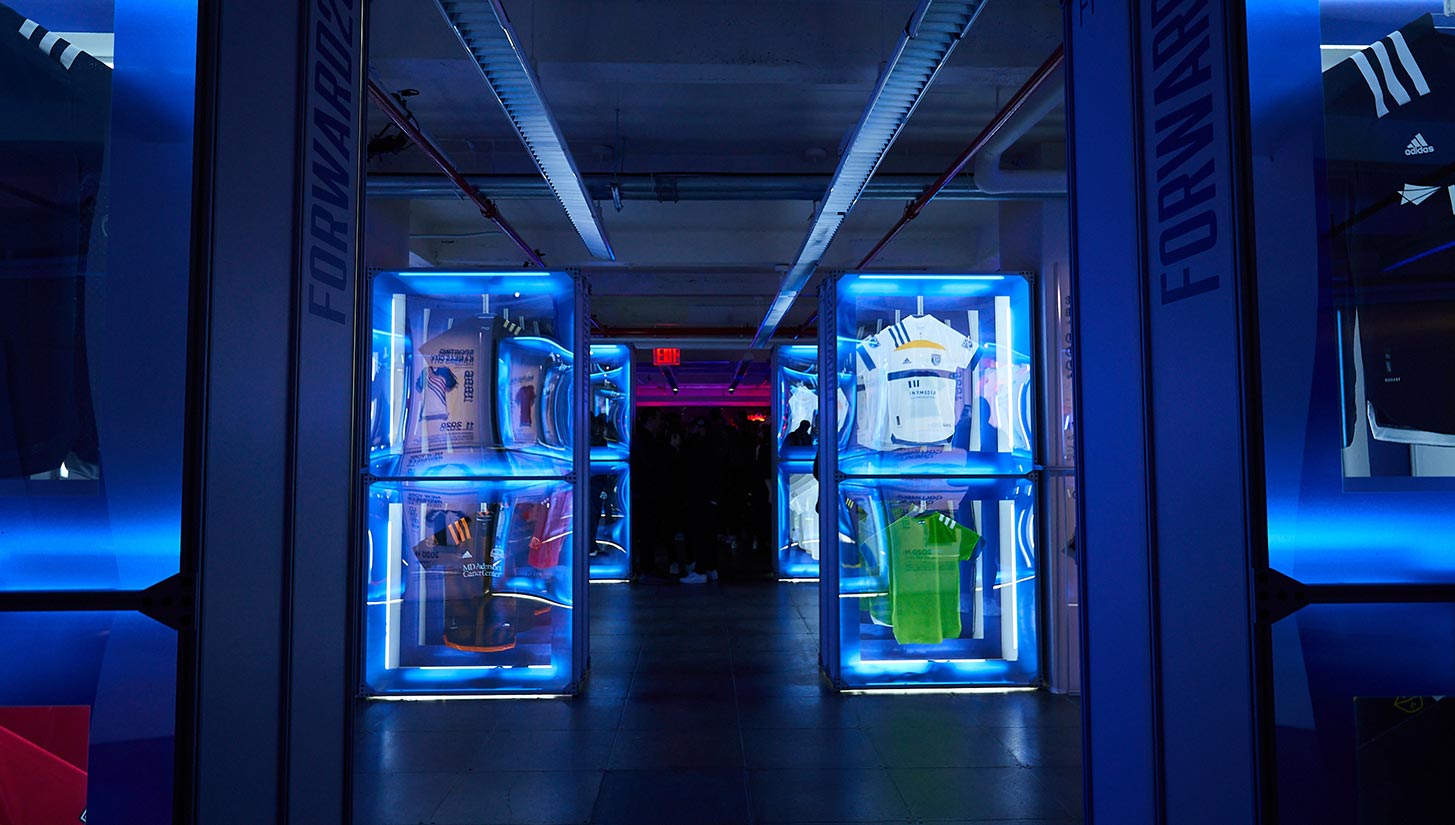 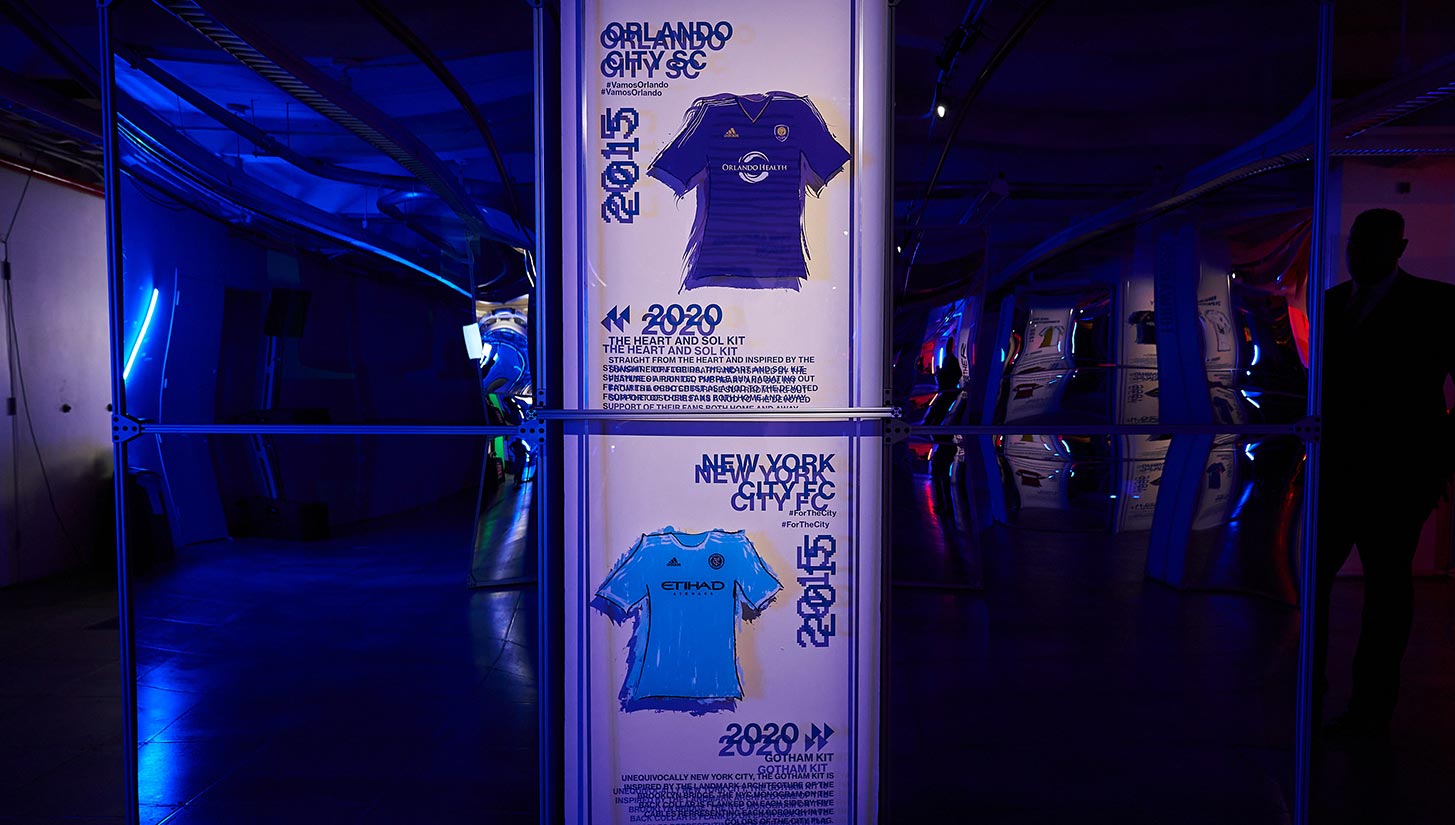 In a statement before the event, MLS Commissioner Don Garber exclaimed, “Our 25th season will celebrate our rich history by honoring the countless people behind the growth of our league and reflecting upon many of the memorable moments in our history.”

I caught up with “The Don,” and asked who he thought was going to be the night’s highlight. With a smile from ear to ear he exclaimed, “We are about to find out!” 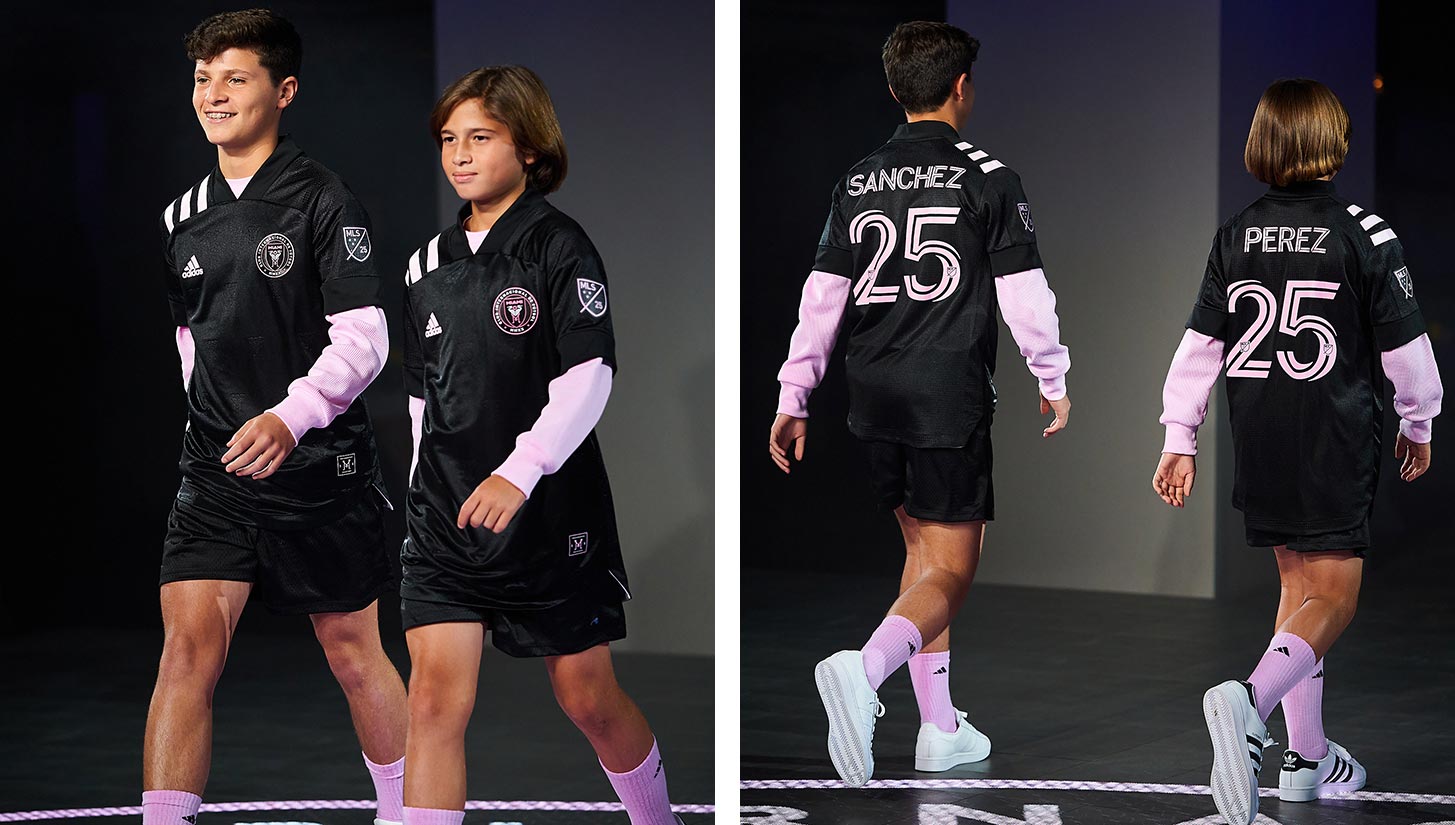 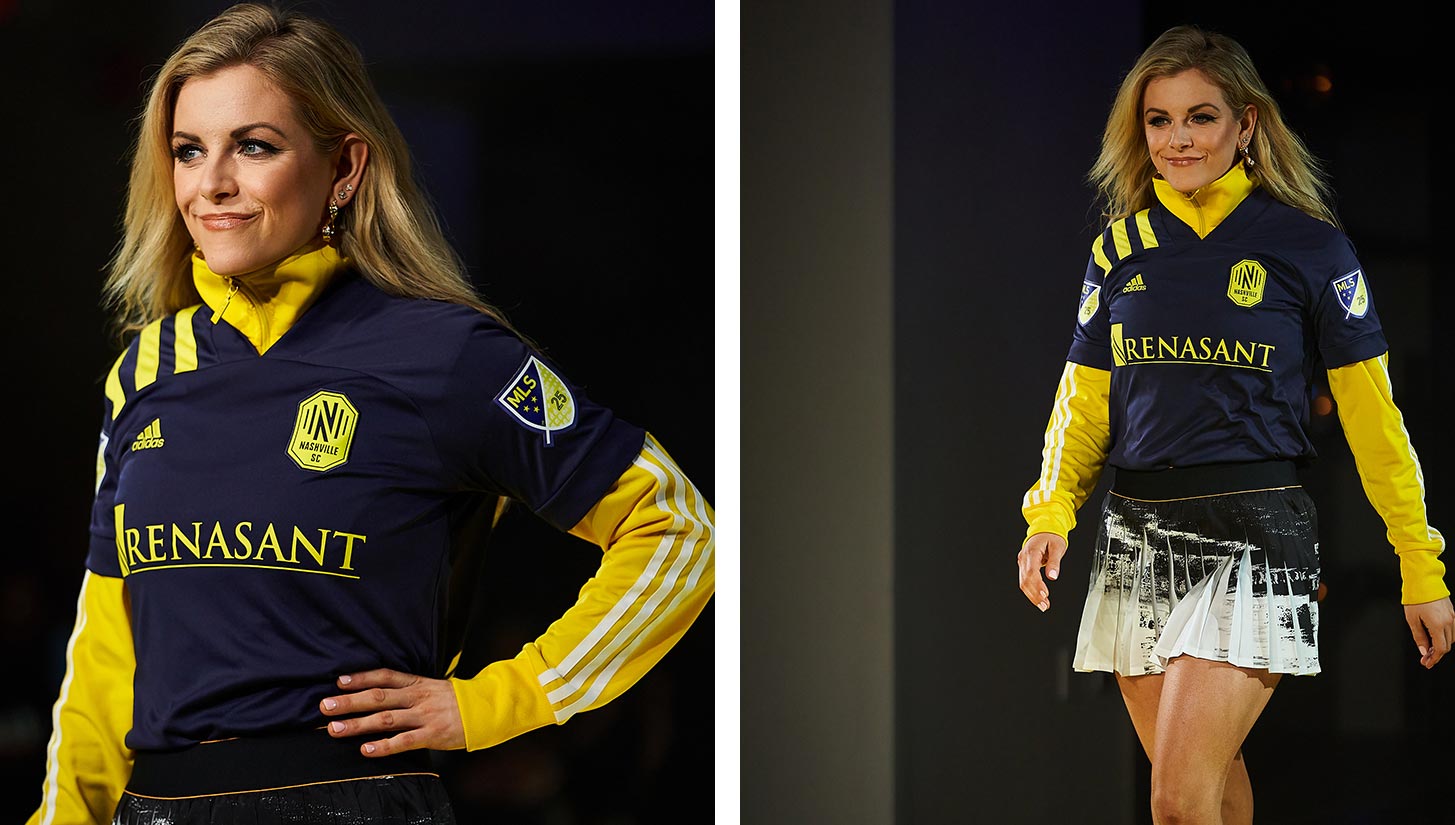 The most anticipated kit was undoubtedly Inter Miami CF’s black on hot pink, presented by two of their academy players.

Meanwhile, Nashville SC hit the high notes on their debut with an elegant blue on gold, sported by country singer Lindsay Ell. The colors surely symbolized their respective cities, with Miami’s darkness juxtaposed by its party pink, and Nashville’s with a more earthly and tuned acoustic color scheme. 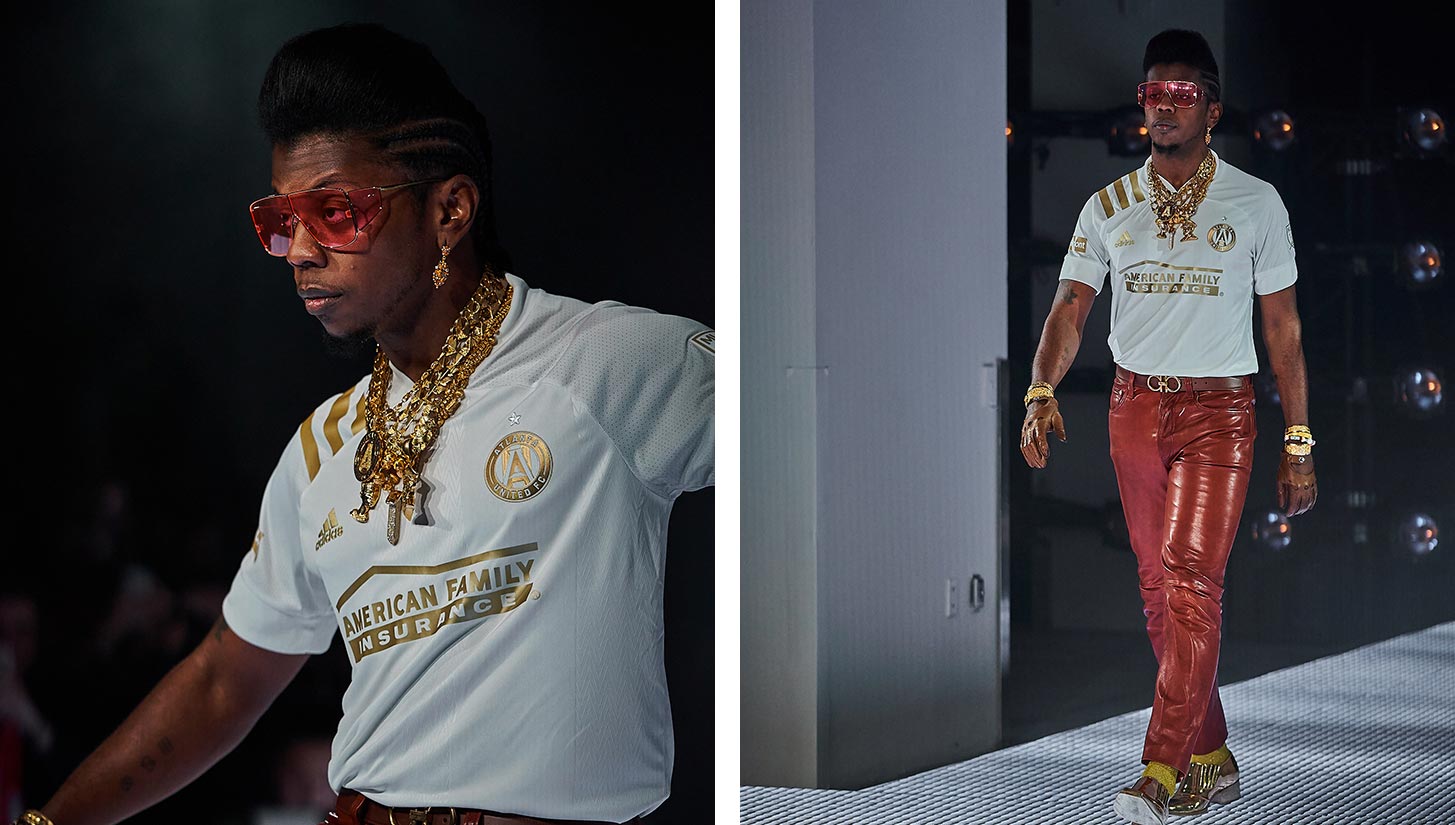 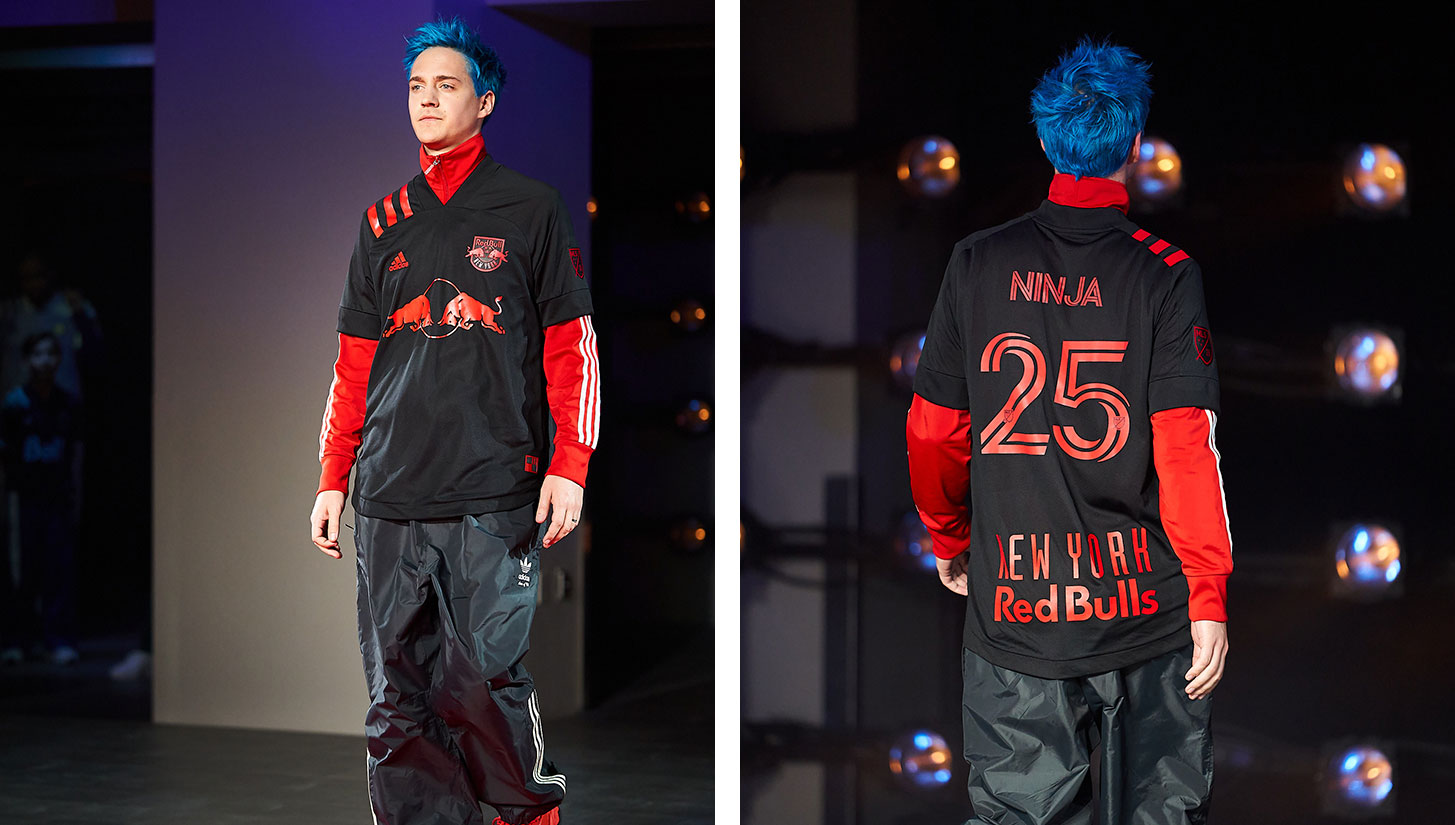 Modeling the jerseys were celebrities with ties to each club. There were several candidates for showstopper of the night, from rapper Trinidad James’ extravagant hairstyle and gold chains on a flossy white and gold Atlanta United top, to pro gamer Ninja’s electric blue hair against New York Red Bulls’ more sinister black and red kit. However, my personal favorite was the Target dog, Bullseye, walked by chef Justin Sutherland representing Minnesota United. 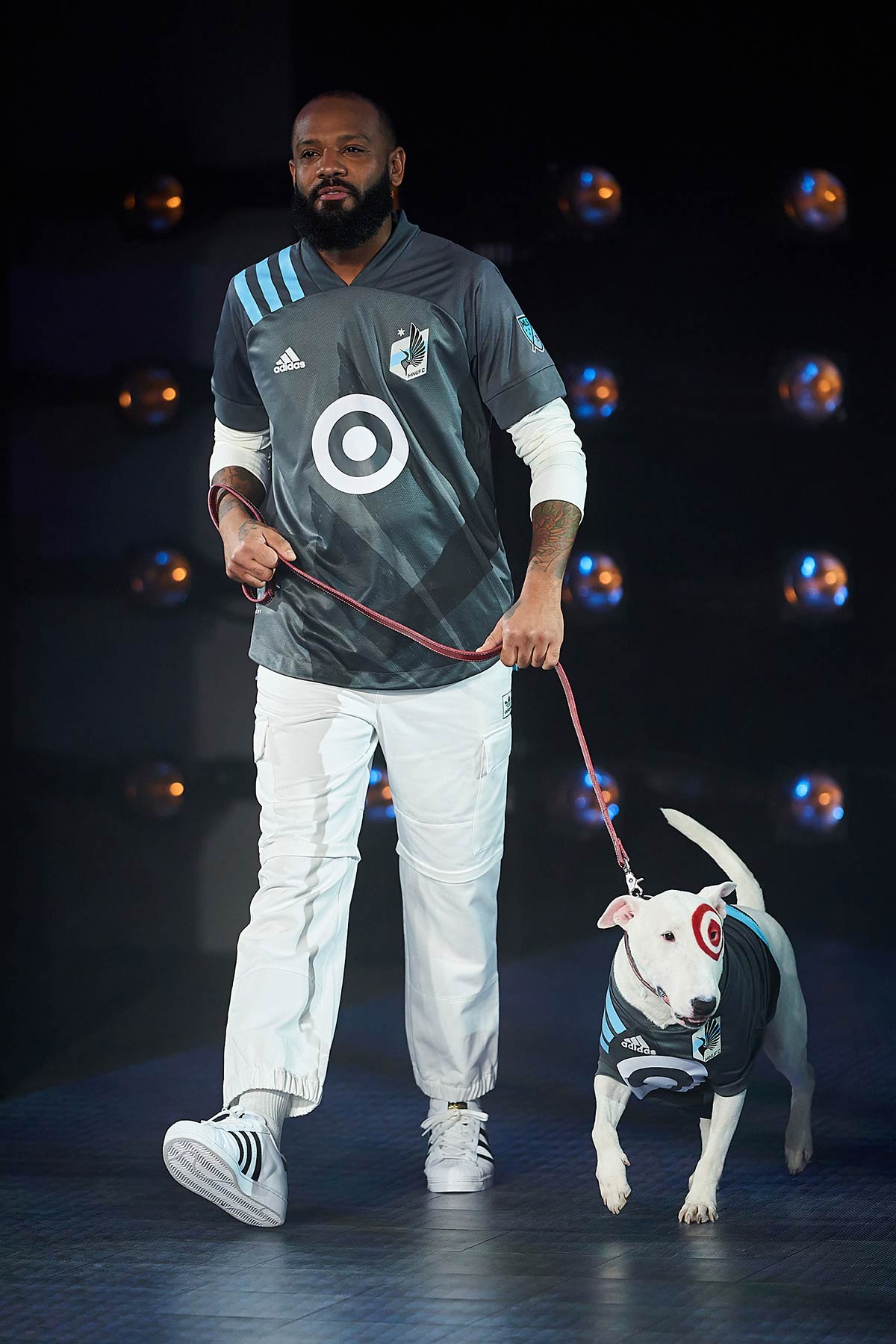 Then to pay homage to Fashion Week, adidas had a cast of models strut down the catwalk in trendy outfits, with the kits as pieces to the ensemble, rather than as the stars of the show themselves.

Almost oddly, the show came to an abrupt conclusion, noted by the amplification of the music. Guests and models alike took to the dance floor to take pictures against the billboards and murals, as well as for a closer look at the kits. 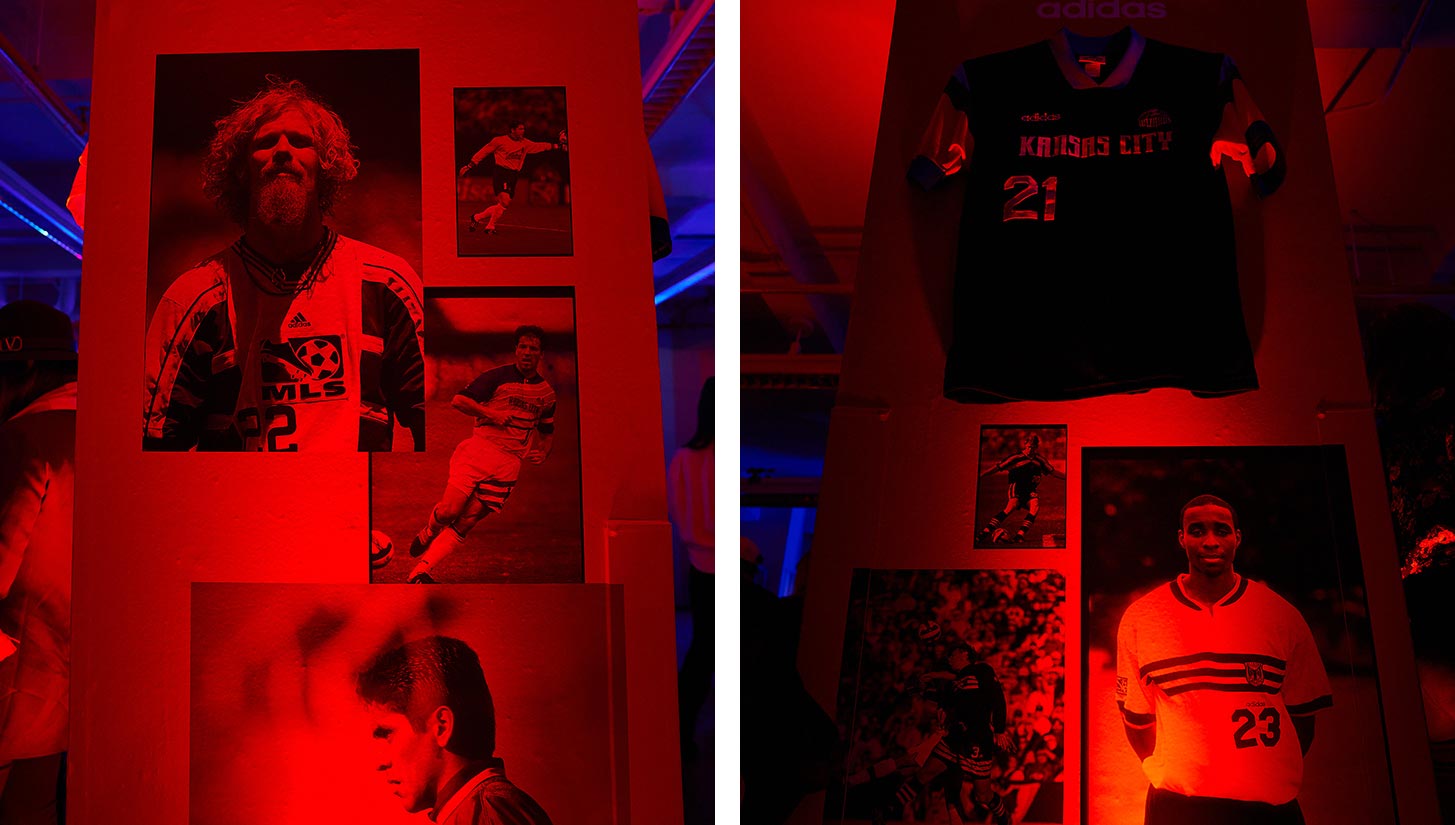 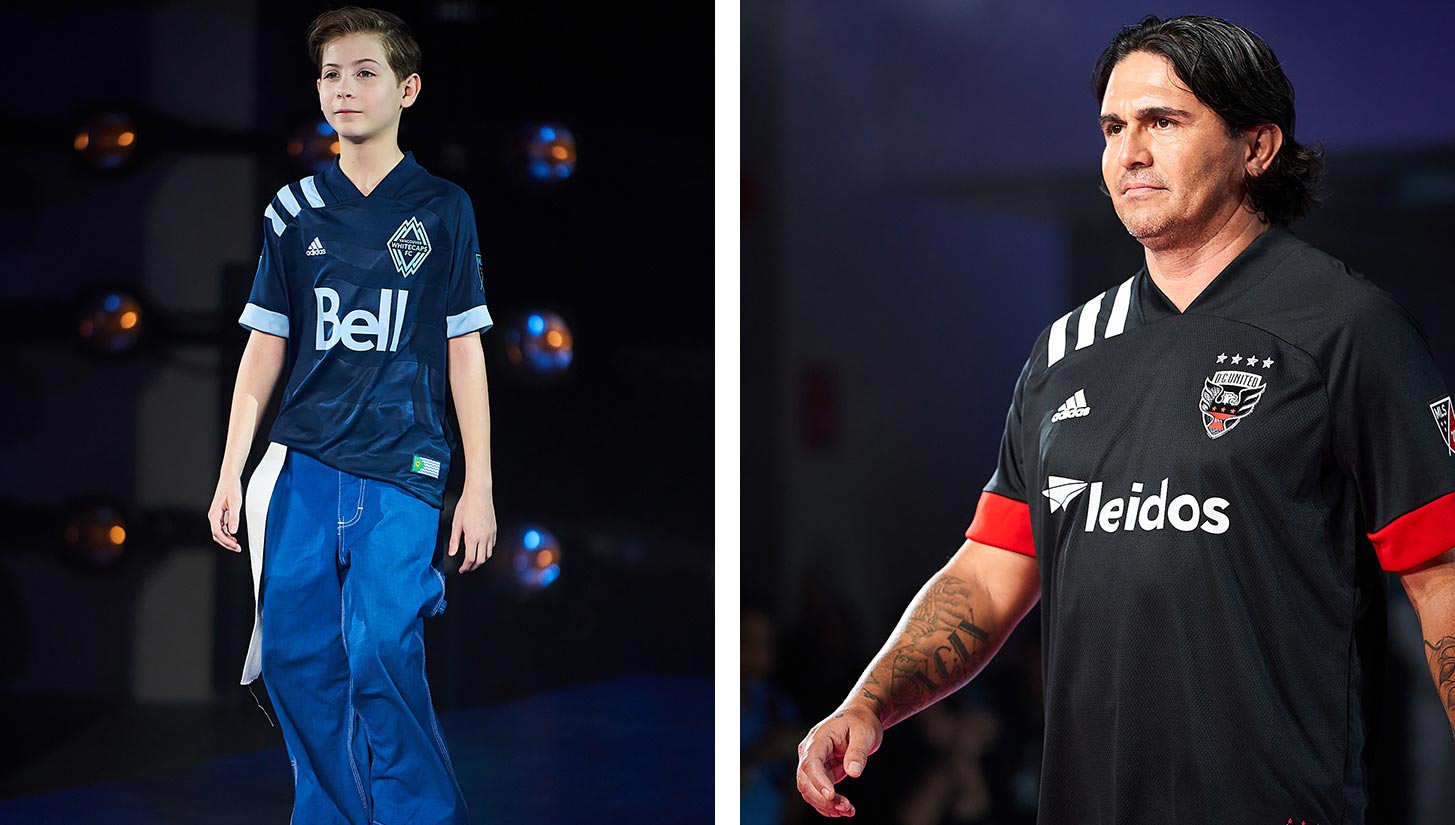 As guests left, I was able to chat with Mark Pannes, former marketing director at AS Roma, who has recently been appointed as the CEO of the Vancouver Whitecaps. We spoke about his new adventure and the commercial opportunity Vancouver has, and the possibilities the city offers since it is part of the Commonwealth of Nations. Whereas the Whitecaps joined the league in the last decade, he believes that it’s now time for them to become a major force in the league. If their handsome, admiral-esque shirts coincide with their results on the pitch, the Whitecaps will find themselves in a commanding position for the coming season.

As MLS looks to grab international viewers and attention at events like its 25th Anniversary Fashion Show, it will be bosses like Pannes who bridge the gap between continents over the next decade. 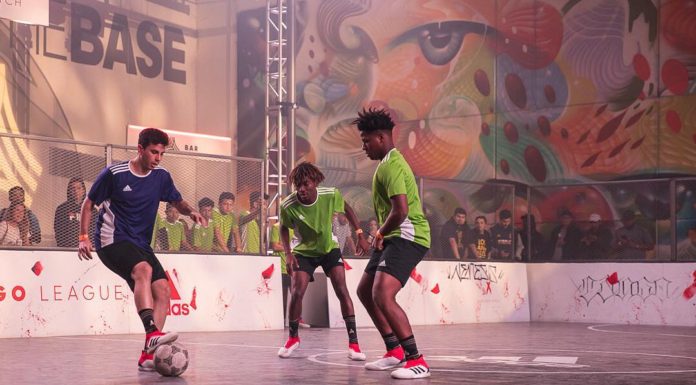