With some of the most iconic kits in all of football, PSV Eindhoven begins a new era with PUMA next season. Can it live up to the standards the likes of adidas, Nike, and Umbro have set?

One of the flagship clubs of the Eredivisie, PSV Eindhoven has rostered some of the all-time great footballers in its past. From domestic legends including Arjen Robben and Ruud van Nistelrooy to imported talents such as Romario and Ronaldo, it’s no secret why the club has racked up 24 league championships, second all-time only to Ajax.

Equally as historic are the club’s kits. The iconic red and white stripes have been executed in different iterations over the years, and they’ve been consistently stunning. The club recently struck a deal to bring on PUMA as its new kit supplier, which will hopefully bring us new classics. If PUMA’s recent offerings are an indicator, we can be confident it will. But for now, all we can do is look back at some of our favorites, made by the likes of adidas, Nike, and Umbro. 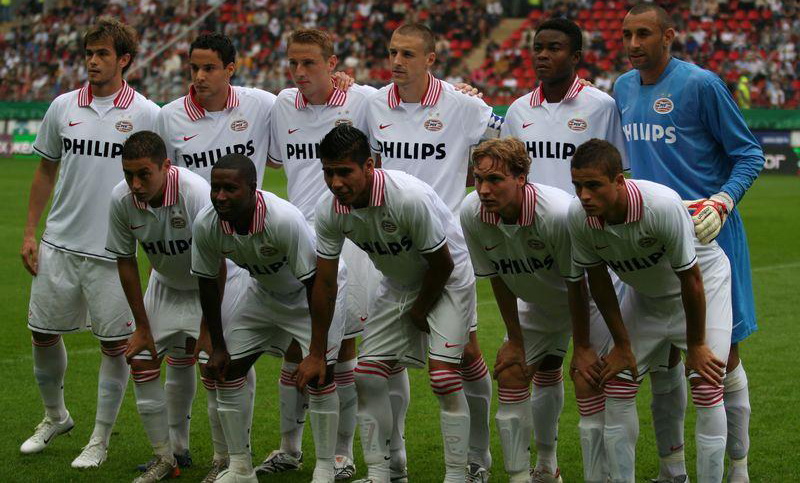 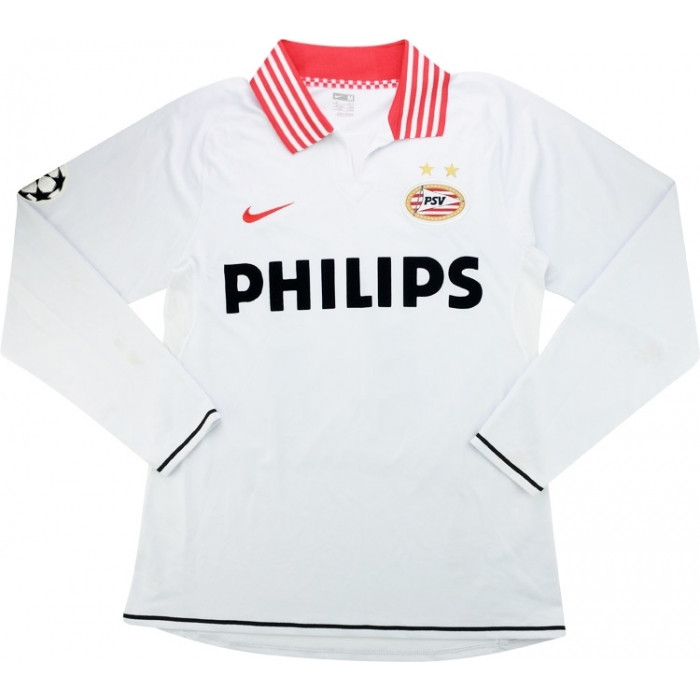 With stripes on the collar instead of the shirt, PSV’s third kits from 2007-10 maintained a level of simplicity while also standing out. The kits saw a taste of success, winning an Eredivisie title in its first season of use. They were also worn in the club’s Champions League run from 2007-2009, although PSV failed to make it out of the group stage both years. The club’s success would taper off in the next few seasons, finishing in fourth and third in the Eredivisie respectively in 2008-09 and 2009-10.

While the majority of entries on the rest of this list will contain the trademark PSV stripes, the all-white kit is clean, and a player issue edition will cost you a pretty penny if you want to pick one up. 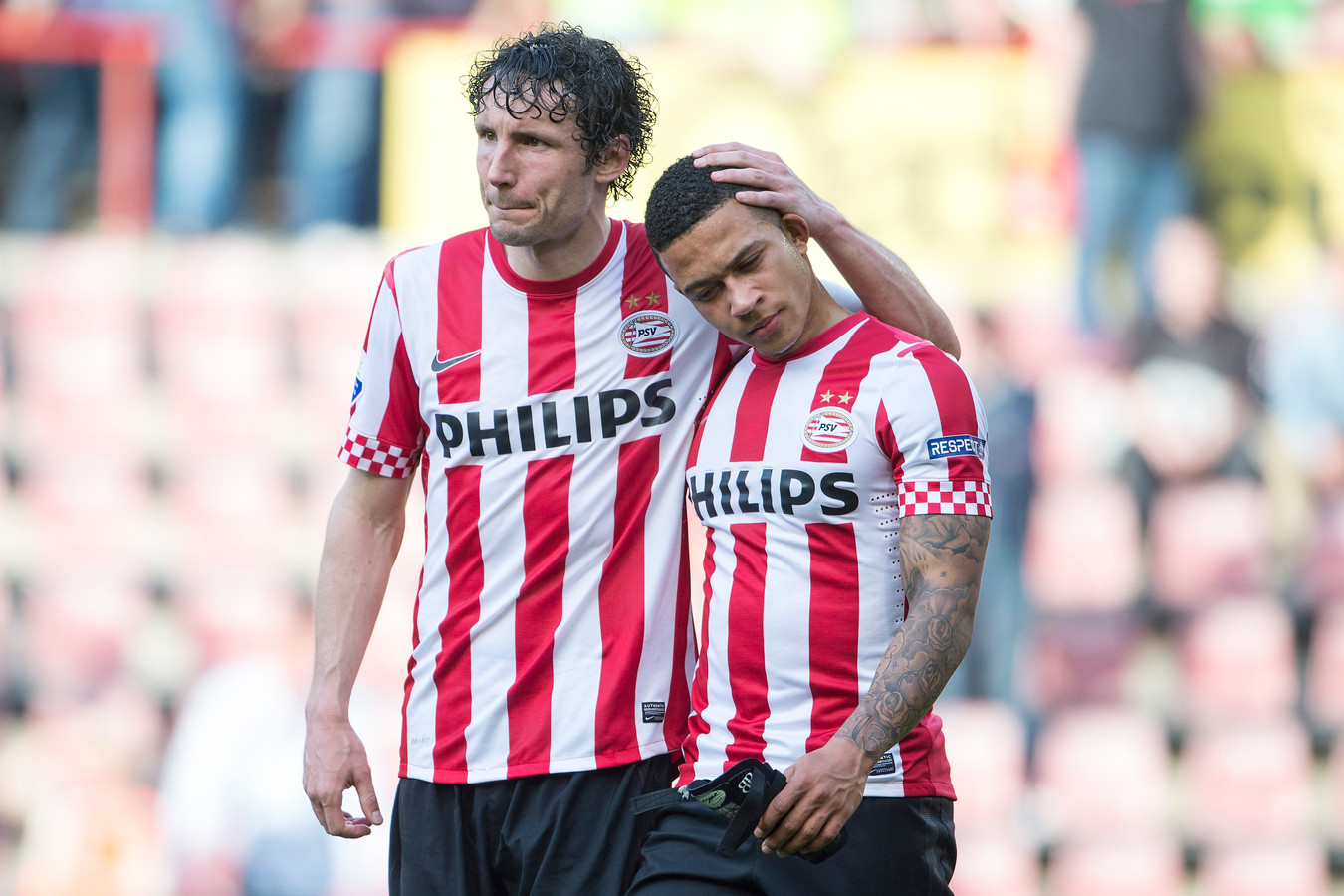 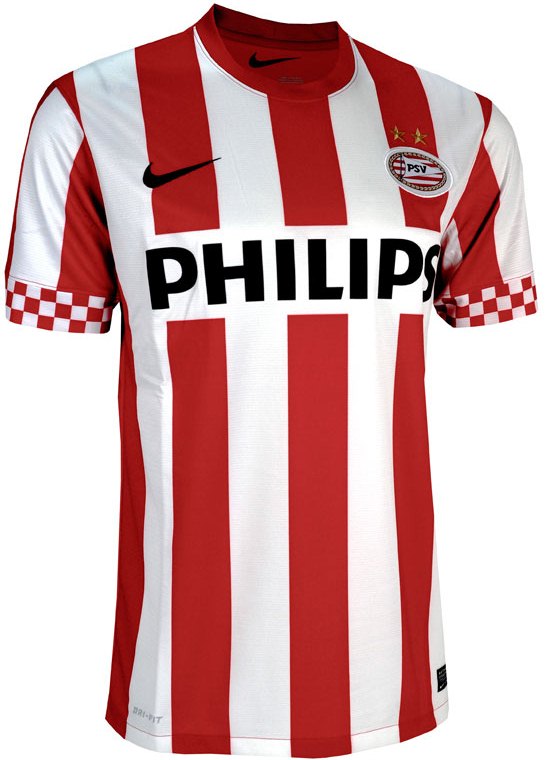 Well into the club’s run with Nike, it’s the details that make PSV’s 2011-12 home kit stand out. While at first glance it may look like any other PSV shirt, the 2011-12 joints have a little spice on its sleeves — checkerboard. We’ll come back to this pattern a bit later on the list, but just know that we’re big fans. 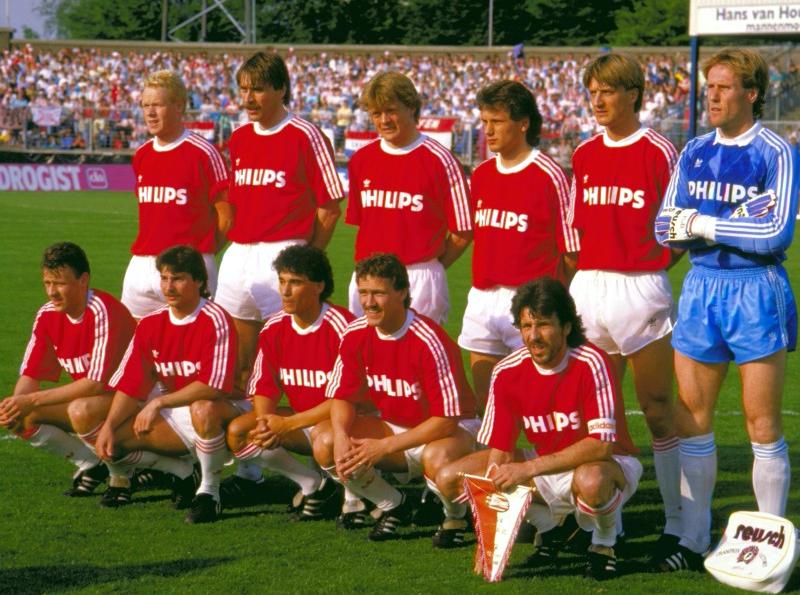 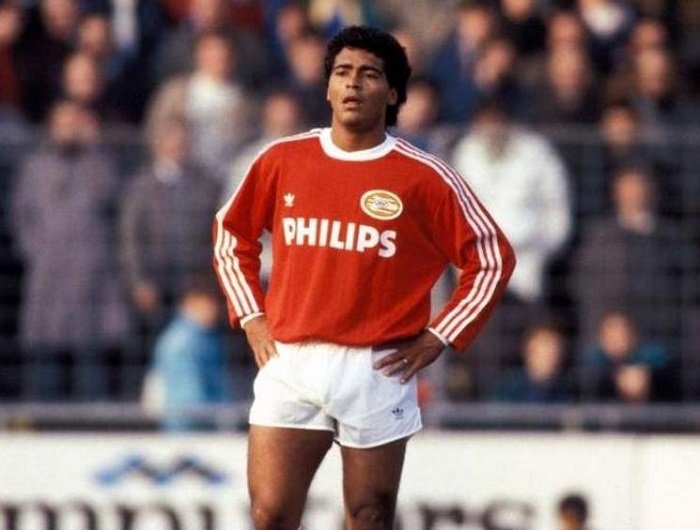 The other solid-not-striped entry, the kits PSV donned from 1986-89 are notable for their thick white collar and the classic adidas Trefoil logo. For the ’88-89 season, the kit came with an oversized crest, modeled by Romario above. Also, are you kidding me with those goalkeeper shirts? The argyle-esque pattern on the 1987-88 season (also above) only adds to the prestige of this storied jersey.

The kits saw the beginning of a stellar run from PSV, winning four straight league titles to end the ’80s. Which goes to show that the saying “look good, play good” is canonical. 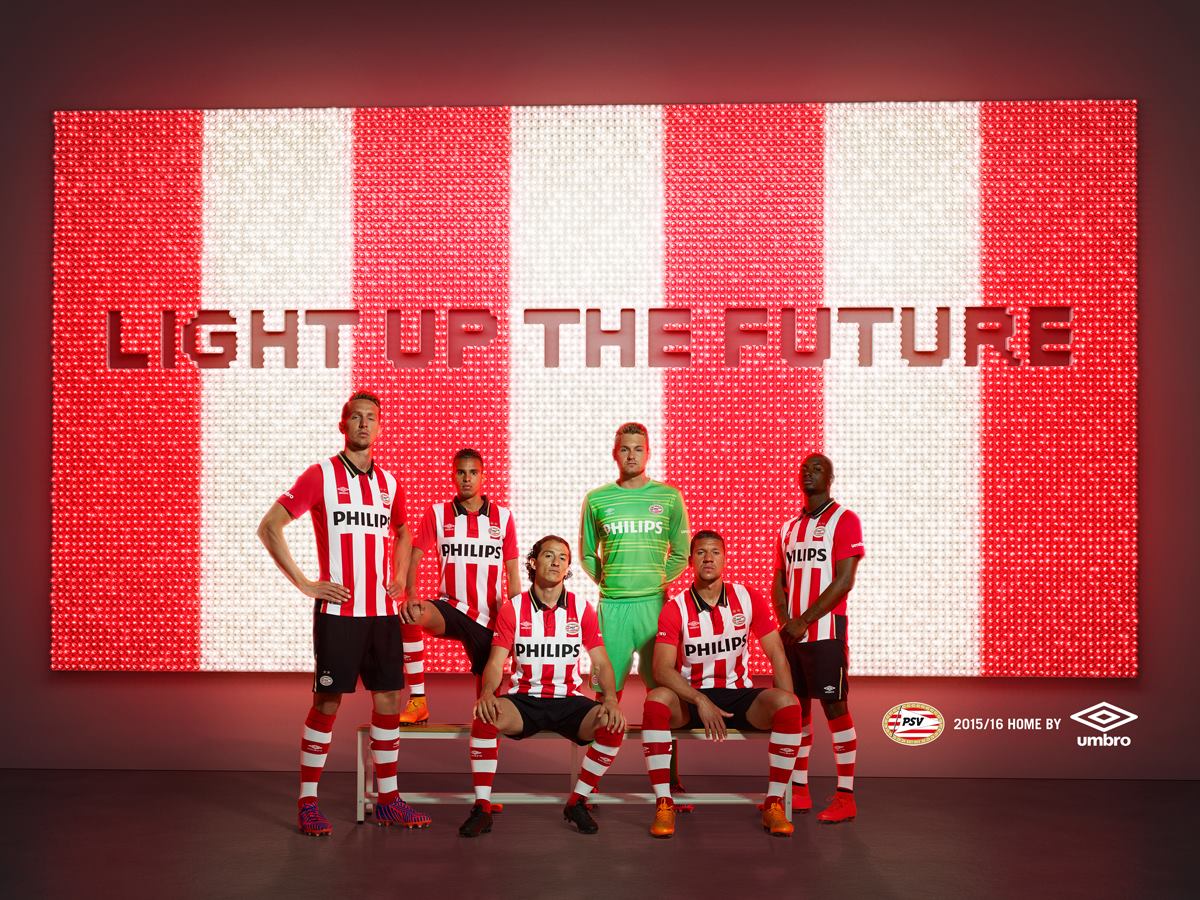 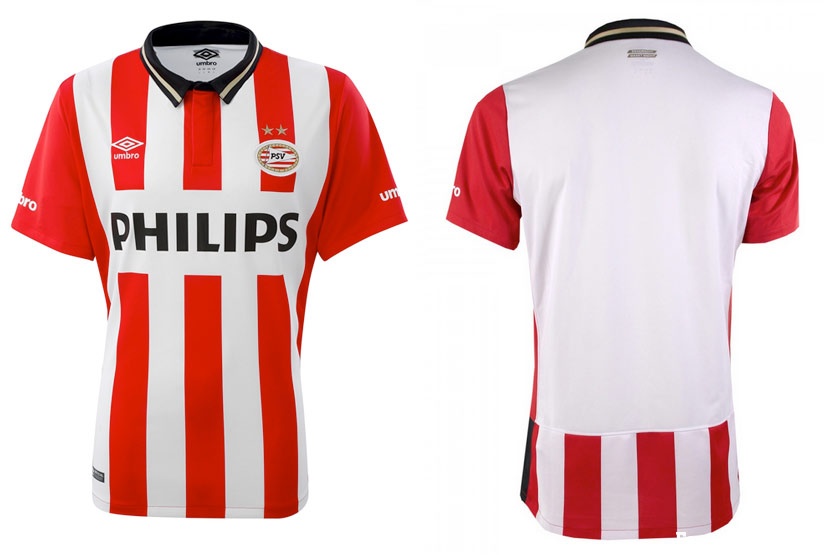 The most recent entry on the list, the 2015-16 strip is the first and best effort from Umbro. Taking a look into the club’s historic past, the details on this kit are phenomenal — especially the gold trim on the collar. This shirt is also the final one with the iconic Philips sponsor. Philips, the owner and namesake of the club, decided to bring in Energiedirect.nl as the new sponsor in 2016.

We’ve discussed what a good sponsor can do to a kit in the past, and the Philips logo ticks off just about every box. Nothing too overpowering and retaining the kit’s color scheme, the logo has become synonymous with PSV, and the new sponsor just hasn’t hit the same. 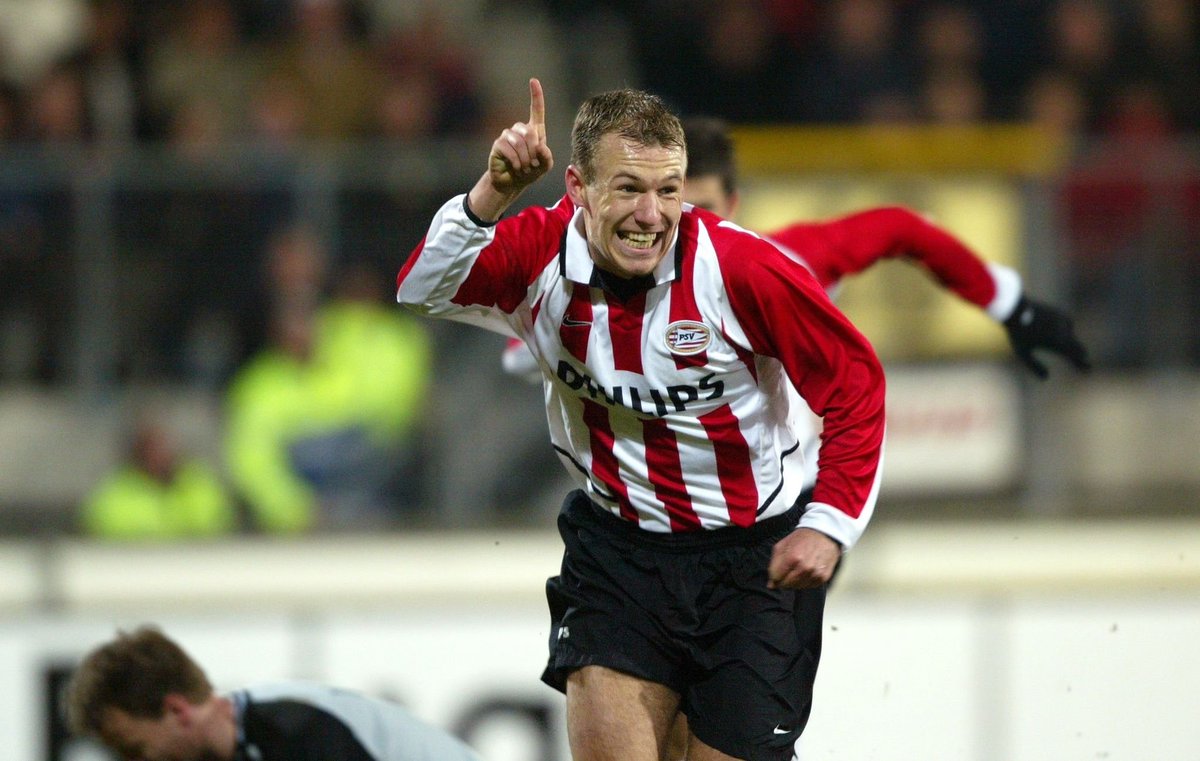 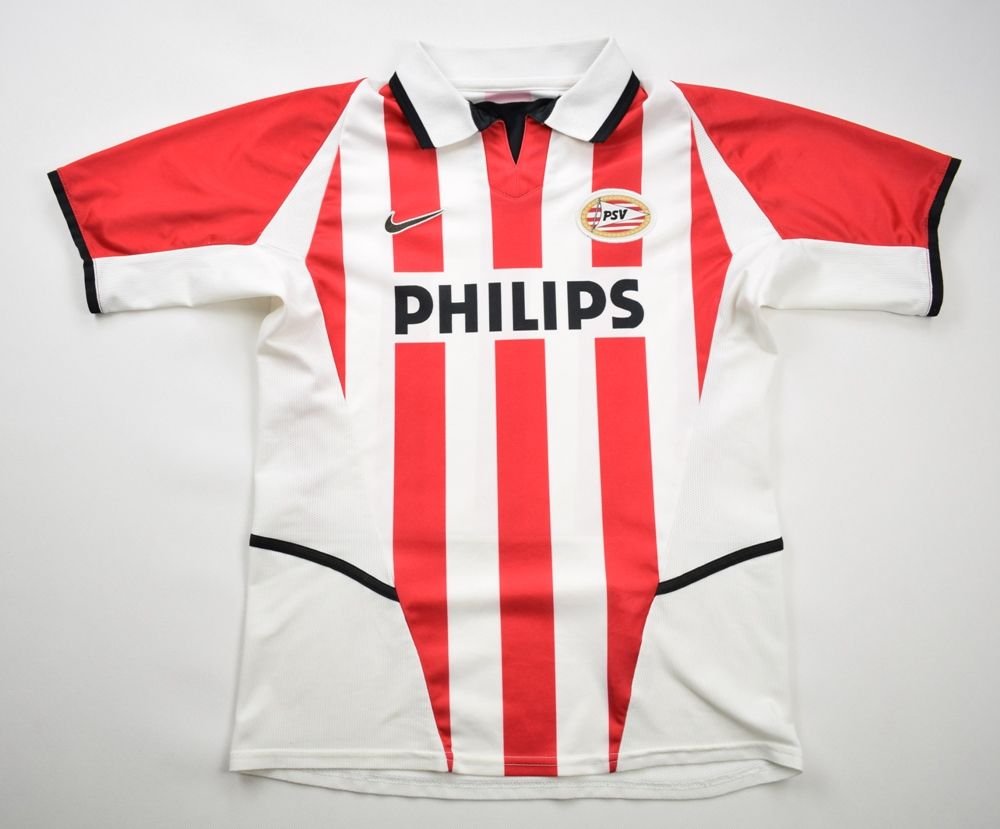 With a baggy fit and brash take on stripes, the 2002-03 kit, if executed improperly, could’ve been a disaster. But it’s not — especially on the long sleeve version worn by Robben above. Everything from the asymmetrical sleeve blocking, to the way the stripes taper off, to those random black lines at the bottom screams faux pas, but it somehow all works together.

Maybe it’s more of who was wearing it than how it looked. Along with Robben, that year’s squad featured the South Korean duo of Park Ji-sung and Lee Young-pyo, and took home yet another Eredivisie title. 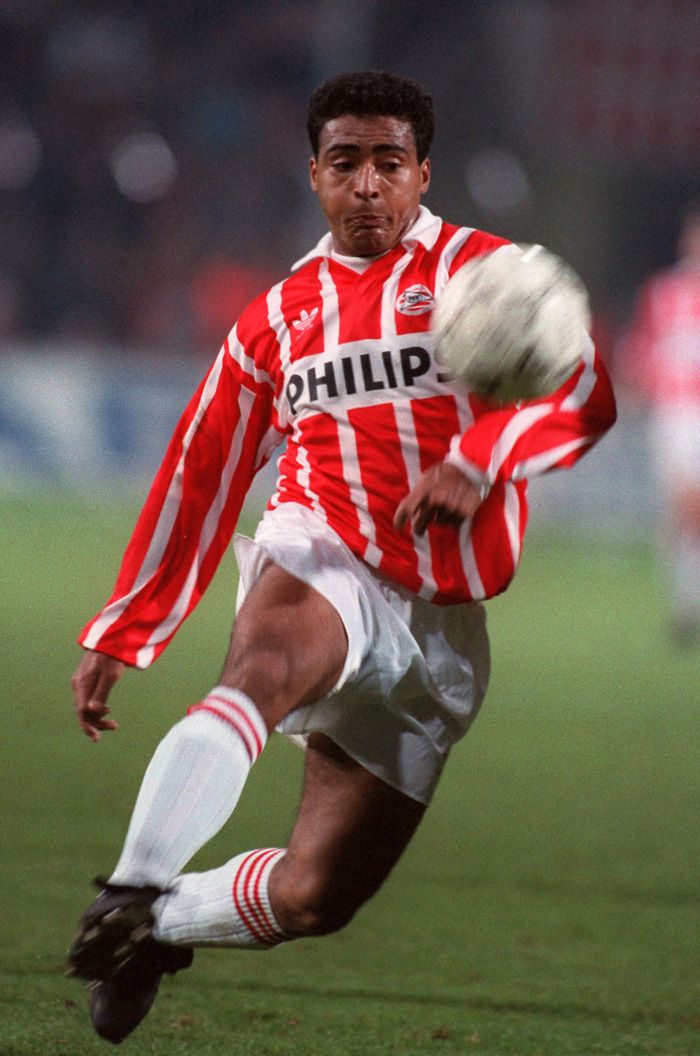 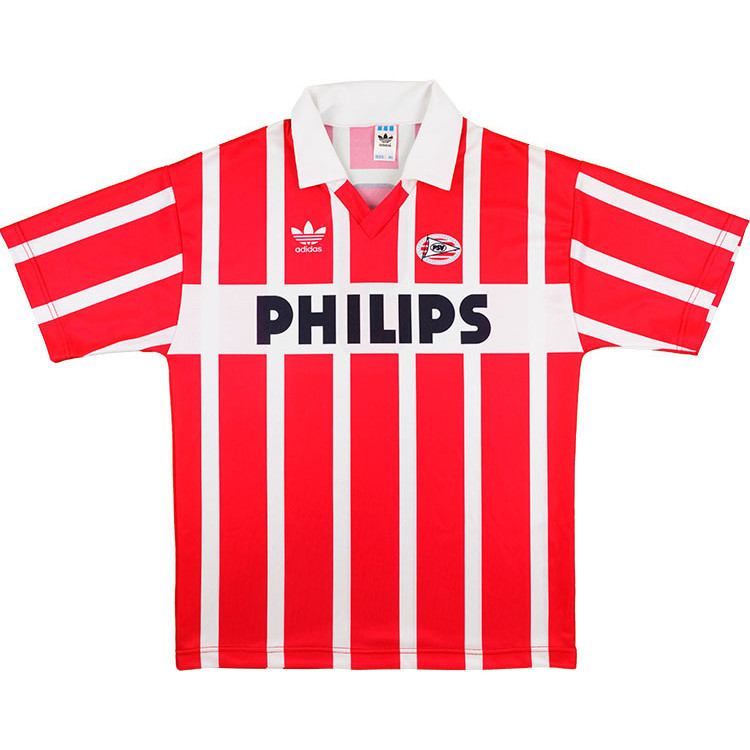 We’re starting to march into the GOAT tier. The rest of the kits on this list are candidates for not only the best amongst PSV, but of all football shirts in general. Starting with the home kits from the 1990-93 seasons, the club made a return to its trademark stripes after a run of solid red in the late ’80s.

The red-and-whites continued their success in these shirts, winning back-to-back Eredivisie titles in 1990-91 and 1991-92. The shirt truly speaks for itself, and would be a contender for the best shirt of any other club — only PSV isn’t just any other club. 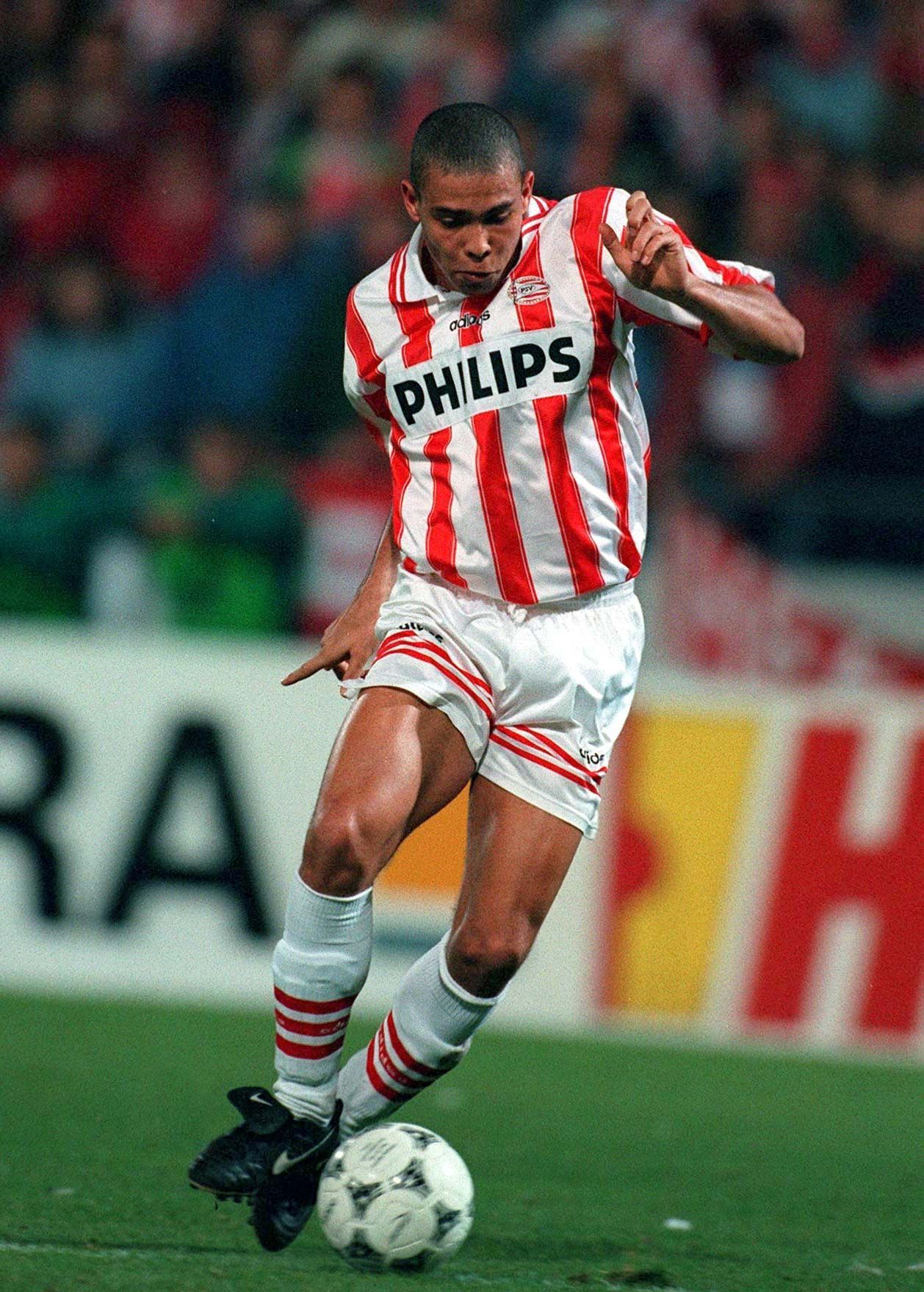 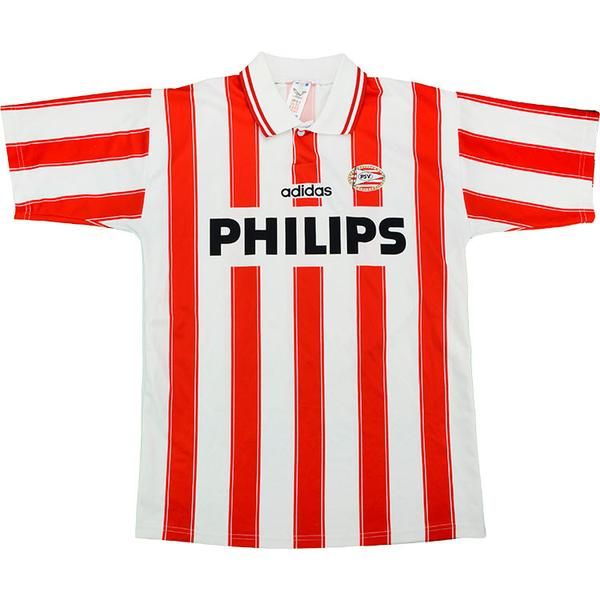 The club’s final adidas kit before moving on to the Swoosh, the ’94-95 editions are a slight revamp from the previous year’s. With evenly balanced stripes and a redesigned collar, every change works and somehow improves upon what was already a stellar shirt.

Bonus points come for this kit as it is the first one donned by a teenaged Ronaldo, who’d go on to follow his fellow countryman Romario’s path from Brazil to PSV to Barcelona. 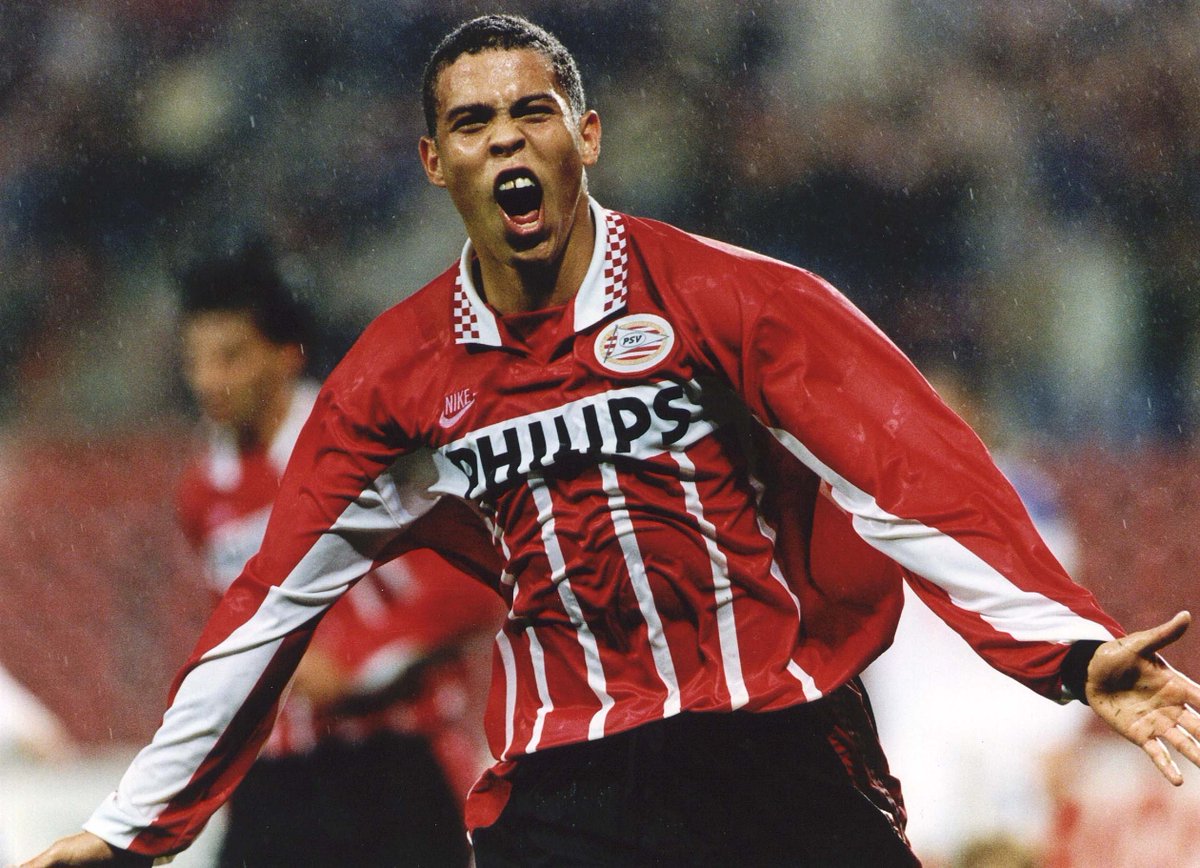 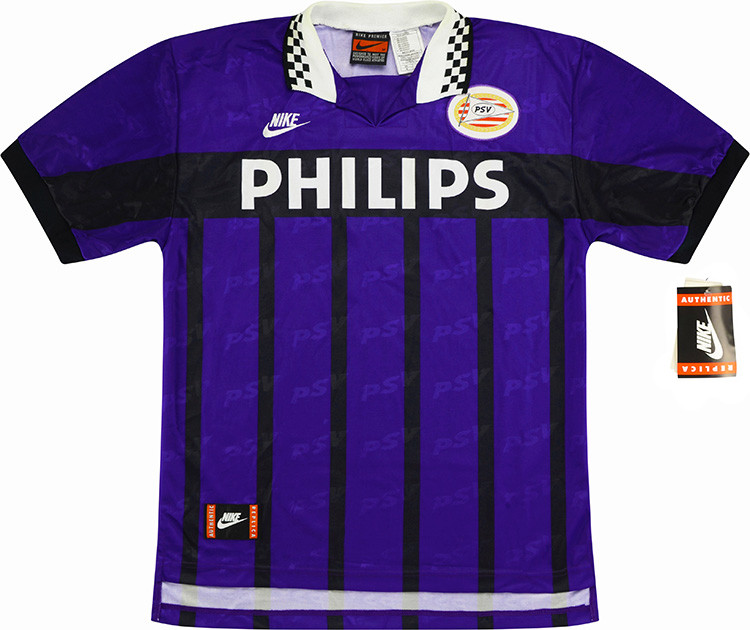 Were you expecting anything else? The first PSV kit Nike produced was by far its best. Also donned by Ronaldo in his final year with the club, everything about this shirt is incredible. The three-quarter stripes and all-over PSV print. The checkered collar. (Told you we’d come back to checkers.) The purple away shirt (!!).

“Perfect” may be an overused word, but both the home and away iterations of the kit are just that. While many others can vie for the title of greatest PSV kit of all time, none other is deserving of it. 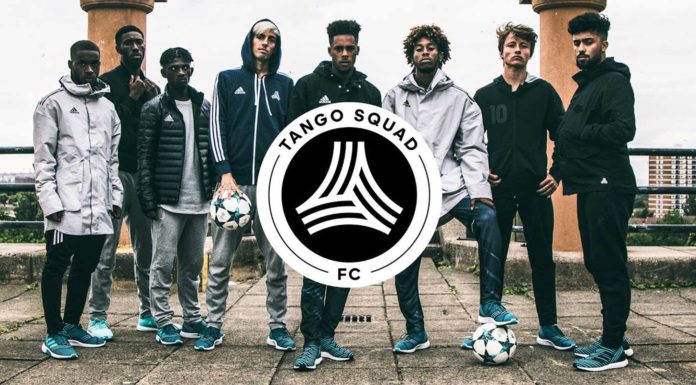