After years of attempts to get into MLS, Sacramento has finally received their top-flight team in Republic FC. Set to join the league in 2022, the club will undergo some serious changes, but remaining constant is their fiercely loyal fan base.

It finally happened. Sacramento Republic FC has been announced as one of the next teams to join MLS in 2022, a well-deserved expansion awarding to a community that has been waiting for years.

The successful bid stands as a massive triumph for the small market city and its fans, who have established themselves as some of the most loyal and passionate in the country. Among many others, Sac Republic president Ben Gumpert was instrumental in having the club take the leap from the USL to MLS, and he made it clear that he’s ready for Sacramento’s soccer scene to receive the national spotlight it so deserves.

“Now we have an opportunity to show Sacramento and all the things that make our home great — especially our diverse communities — on the largest soccer stage in the country,” Gumpert said.  “It is clear that has been a part of Republic FC since the beginning. [We’ve brought] together 20,000 fans from different backgrounds and temperaments, all to celebrate Sacramento.”

It’s by no mistake Gumpert brings up the fans. Before the club even played their first match, it had a die-hard following, something Sacramento has provided all of its pro teams over the years (the deafening cowbells from the early ’00s Sacramento Kings days will not be forgotten). 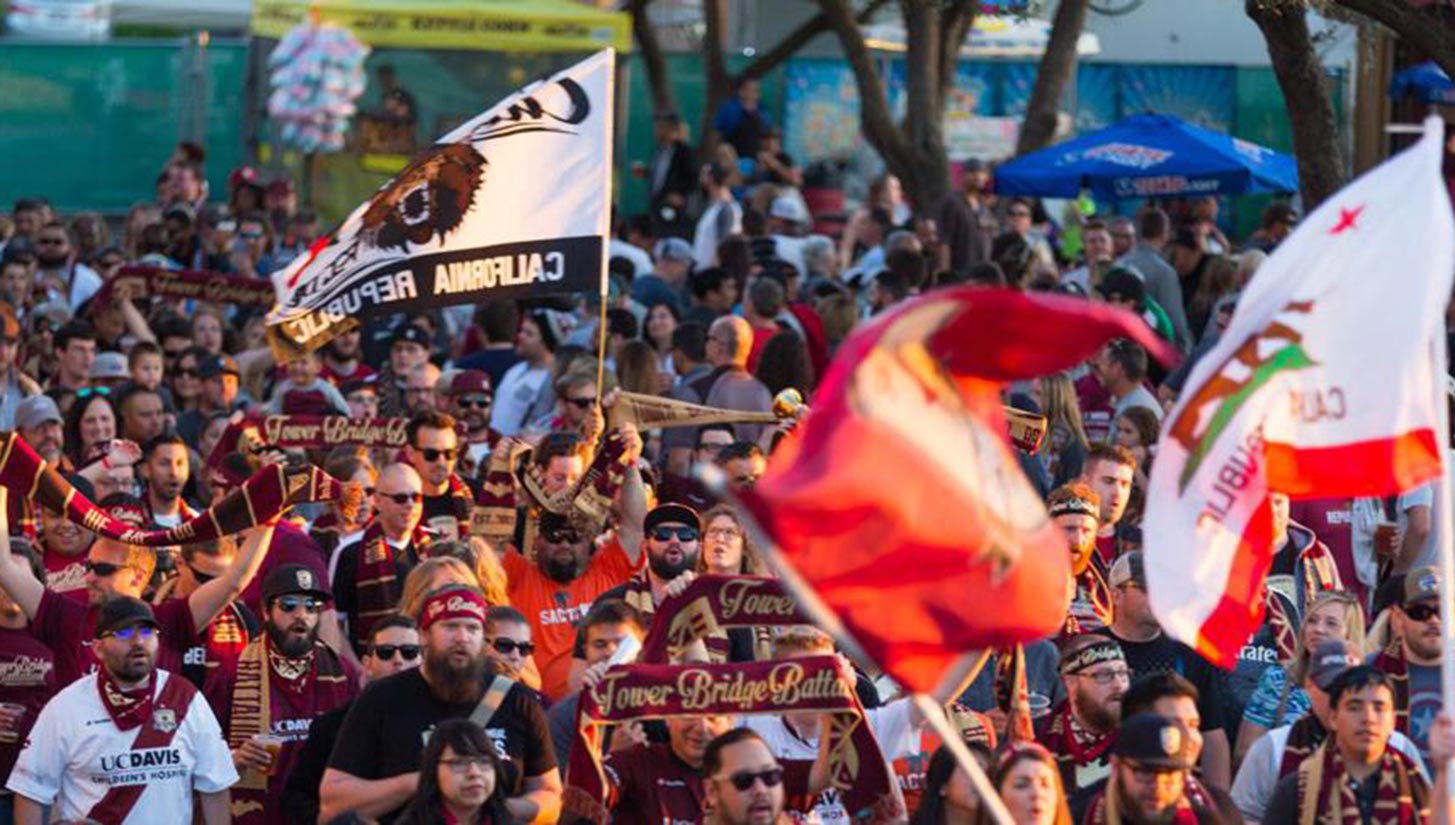 Republic FC’s inaugural game drew over 20,000 fans, almost double that of the previous attendance record for a USL match. Now in a bigger league on a bigger scale that’s nationally televised, the prospect of the stadium atmosphere is exciting.

“Soccer has been intertwined in the region for over a century — but that moment, the first Republic game at Hughes Stadium — was a statement, a clear announcement that Sacramento loves the game and wanted to have a chance to create its own soccer story,” Gumpert said.

The club’s first season in existence ended with a remarkable run to a USL Cup Final championship. The league winners drew over 180,000 fans over the course of the year, breaking the single-season attendance record set by Orlando City SC the season before.

Republic fans will bring a new level of intensity to MLS, and should form natural rivalries with the three other California teams, especially the neighboring San Jose Earthquakes, which could develop into Northern California’s version of the heated LAFC-LA Galaxy rivalry.

‪Thanks to everyone in TBB, the players, coaches & staff for a season that furthered our love affair with SRFC. We’ll never forget the epic tailgates, the tempest match or that night in Reno. We didn’t get otra copa, but we’re ready to push for more next season.♥️‬ ‪#VamosLosRojos @sacrepublicfc

A post shared by Tower Bridge Battalion (@towerbridgebattalion) on Nov 3, 2019 at 6:40pm PST

“Our mission is to represent the people of Sacramento by being the most vibrant and passionate supporters cheering and singing for 90-plus minutes every match,” said Dan Colby, a board member of Tower Bridge Battalion, the club’s main supporters’ group.

Sacramento’s big move to MLS comes after Republic FC has again proven itself as one of the top teams in the USL this season. In the playoffs, Sacramento reached the Western Conference semifinals as a seventh seed, all while averaging over 10,000 fans per match, good for third in the league.

Although the club’s playoff run ended in the next round with a semifinal loss to El Paso, the unwavering away support of the fans serves as a preview of what Republic FC will bring to MLS.

“MLS and soccer fans around the country will not just see Republic FC fans, they’ll hear them,” Gumpert said. “We are loud and proud in Sacramento, and I have no doubt we will have one of the strongest home pitch advantages in the league.”

One of the main upgrades that Republic FC will experience by joining MLS will be a move to downtown Sacramento in the previously empty Railyards, where the club will build a 20,100-seat soccer-specific stadium that will rival the most famous venues in the league.

The stadium will cost upwards of $300 million and will continue the revitalization of downtown Sacramento as a cultural center, with other entertainment venues planned as part of the Railyard stadium project. It is set to be completed by the start of Republic FC’s inaugural MLS season in 2022. But league restrictions aside, it doesn’t matter where they play — the fans will follow.

“We’d support this team whether we play at a local park or in a fancy new stadium,” Colby said. “We don’t care what league, we’ll follow them and you’ll know us by our noise.”

With the Sacramento Kings’ new Golden 1 Center located less than a mile away, the city’s downtown area should become the sporting capital the city’s loyal fans have long dreamed of. For Republic’s fan base, the growing excitement paired with the bigger stadium means the games will only be louder.

“It’s our mission to make California’s capital region into the most inspiring, energetic and rewarding place to live, work and play through the beautiful game,” Gumpert said. “I’m excited to bring that energy to MLS. We’re going to showcase what makes this community great — diversity, culture, and our proud heritage.”

The fans and club agree on that core mission of representing the city’s community, one that locals can vouch for as a place filled with people from all cultures and backgrounds.

Sacramento has historically supported soccer as a way of creating community. According to Gumpert, the city has over 100 years of soccer stories that bridge cultural gaps and include people of all ages.

“We’ve looked back at Sacramento’s soccer history and found archives of elementary school teams in downtown that played not too far from our future home in the Railyards,” Gumpert said. “Leagues brought together people from diverse backgrounds in a new country and unified them on the field and beyond. They’ve spanned generations, from age 3 to 80. Soccer has been a game that represents this region.”

While Republic FC is Sacramento’s first-ever professional association soccer team, the city rallied behind the beautiful game even before the club existed. In 1993, the Sacramento Knights became the city’s first ever professional soccer team, competing in the Continental Indoor Soccer League under the ownership of the NBA’s Kings, sharing Arco Arena as their home stadium. The Knights’ only championship came in 1999 at the end of a 17-5 season after switching to the World Indoor Soccer League.

The Knights averaged over 6,200 in attendance over their eight-year history, showing an early glimpse of Sacramento’s appetite for soccer. Despite that support though, the club folded in 2001 when WISL merged with the competing Major Indoor Soccer League.

Sacramento’s soccer fans would have to support semi-pro teams for the next decade, but in 2012, when Sac Republic FC was founded as a USL competitor, there was a glimmer of hope that the new club would be able to take advantage of the highly publicized plans for MLS expansion.

The hopes became painstakingly teasing over the next few years, with the club’s name always in the running, but never winning the MLS sweepstakes — until now that is.

Since then, the city has proved it’s ready to cheer Republic FC to new heights in MLS. The city and its fans are simply thrilled to finally have a top flight club to support and claim as their own.

“Now at the close of our sixth season, I’m proud of how far we’ve grown from that explosive launch,” Gumpert said. “Our fan base continues to grow and our community invites more people to enjoy this club we’ve built together. It is spreading the love for the game, for Republic and for Sacramento.” 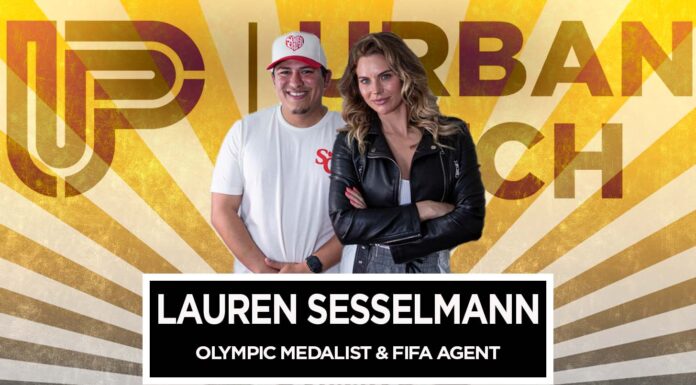