With 12 cities fighting for two Major League Soccer expansion franchises in 2020, we take a look at who has the best chance of becoming the newest team to compete for the MLS Cup.

With the addition of Atlanta United FC and Minnesota United FC this season and LAFC next season, Major League Soccer is steadily creeping towards its proposed amount of 28 teams announced in December 2016.

MLS plans to add two new franchises by 2020 — which would up the total to 26 teams — and a crowded list of 12 cities are all looking gain the league’s approval for those spots. According to MLS’ release last December, cities will be considered based on their ownership structure, stadium, potential for profit, corporate sponsorships, and fan support. In addition, they will have to pay a hefty $150 million expansion fee.

The official announcement for the 2020 teams is expected to come in December, but many of these cities will continue to fight for the 27th and 28th spots following 2020.

While we’d love to see every city get an expansion team, MLS is a business before anything, and for obvious reasons they need to be cautious when selecting new franchise locations. With that in mind, we have listed the teams most likely to make the jump to MLS. 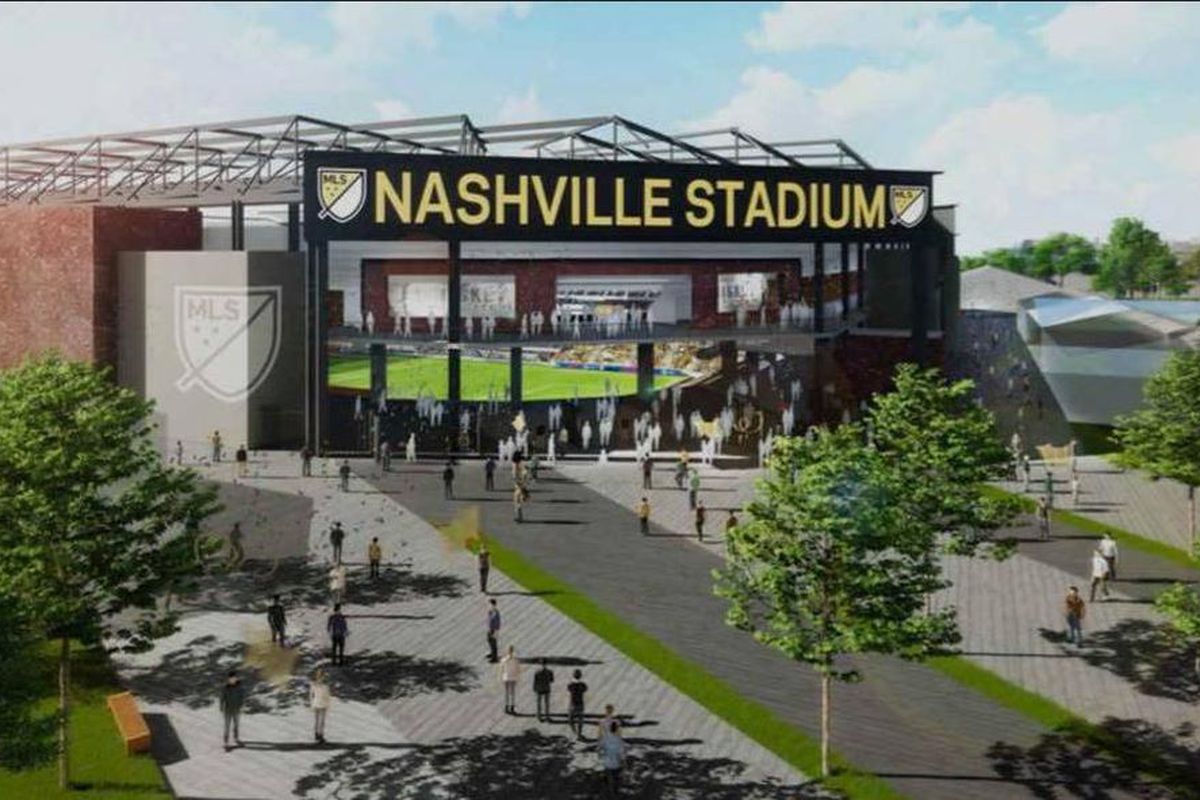 Nashville and San Diego both have outside chances at landing an MLS team in the near future. Nashville SC, which plans to enter the USL in 2018, may bypass the Second Division altogether and go straight to MLS — don’t sleep on the Music City.

San Diego is longing for a professional sports team once again following the departure of their beloved Chargers of the NFL. While a stadium plan hasn’t been approved yet, the market and desire for a team are certainly there.

Raleigh/Durham, Tampa Bay, and Detroit are the other cities in contention for the last two bids. Charlotte, Indianapolis, and St. Louis were initially included in the list, but all have since dropped out due to stalled stadium plans.

Who They Are: Founded in 2015, Miami began play in the NASL the following year. While it struggled in its inaugural season and missed the playoffs, this season was a huge success. Behind manager Alessandro Nesta, the team finished first in both the spring and fall seasons of the league and made it to the semi-finals of the NASL playoffs.

Where They Play: The club plays its home matches at Ricardo Silva Stadium, which is a 20,000-person college football and soccer stadium on the campus of Florida International University. The Dade Brigade, the official supporters’ group of the club, provides a decent home advantage.

Why They Should Be The Ones: A Miami-based team was initially in the plans of joining MLS in 2018 alongside LAFC, but delays prevented it from being added. While preliminary agreements are in place, nothing is official yet, and it could be a while before we see an MLS team in Miami. When that time does come, Miami is deserving of a place in the MLS, especially with the possible fold of the NASL and the uncertainty of David Beckham’s MLS bid at the moment.

Who They Are: San Antonio FC was founded just in time for the 2016 USL season. While the team missed the playoffs last year, it managed to make the second round of the playoffs this season.

Where They Play: The club plays its home matches at Toyota Field, an 8,296-person stadium that’s soccer-specific. The stadium is built in three phases, with the capacity expandable to 18,000 people in the biggest phase. San Antonio FC has three supporters’ groups — Mission City Firm, The Crocketteers, and The SAFC Gardeners — that are committed to proving that there is a market for soccer in the city.

Why They Should Be The Ones: While San Antonio FC’s hopes of winning an MLS expansion bid were certainly dealt a blow when rumors spread of the Columbus Crew possibly moving to Austin, it still remains an attractive option. The city of San Antonio wants the team, and MLS isn’t opposed to it. While San Antonio FC might not win one of the two bids in December, they are a favorite to capture one of the last two bids after 2020.

Who They Are: Founded in 2014, Phoenix Rising FC was originally Arizona United Soccer Club of the USL Pro. Prior to this season, the club changed ownership, rebranded as Phoenix Rising FC, and announced three major signings: Didier Drogba, Shaun Wright-Phillips, and Omar Bravo. While Phoenix Rising FC played well behind its star power and made the USL playoffs for the first time ever, the club crashed out in the first round.

Where They Play: The club plays its home matches at Phoenix Rising FC Soccer Complex, a 6,200-person stadium the club built in just 52 days. There are two independent supporters’ groups, Los Bandidos Football Firm and La Furia Roja 1881, that would both certainly love to see their team play at the highest level of American soccer.

Why They Should Be The Ones: Should the club move up to MLS, a privately financed 20,000-plus person stadium will be built on the site of the current complex. With a large stadium and an untapped market already solidified, the club just needs to keep delivering an entertaining on-field product. Like San Antonio, while Phoenix may not win a bid this year, they seem like a lock to become either the 27th or 28th MLS team. 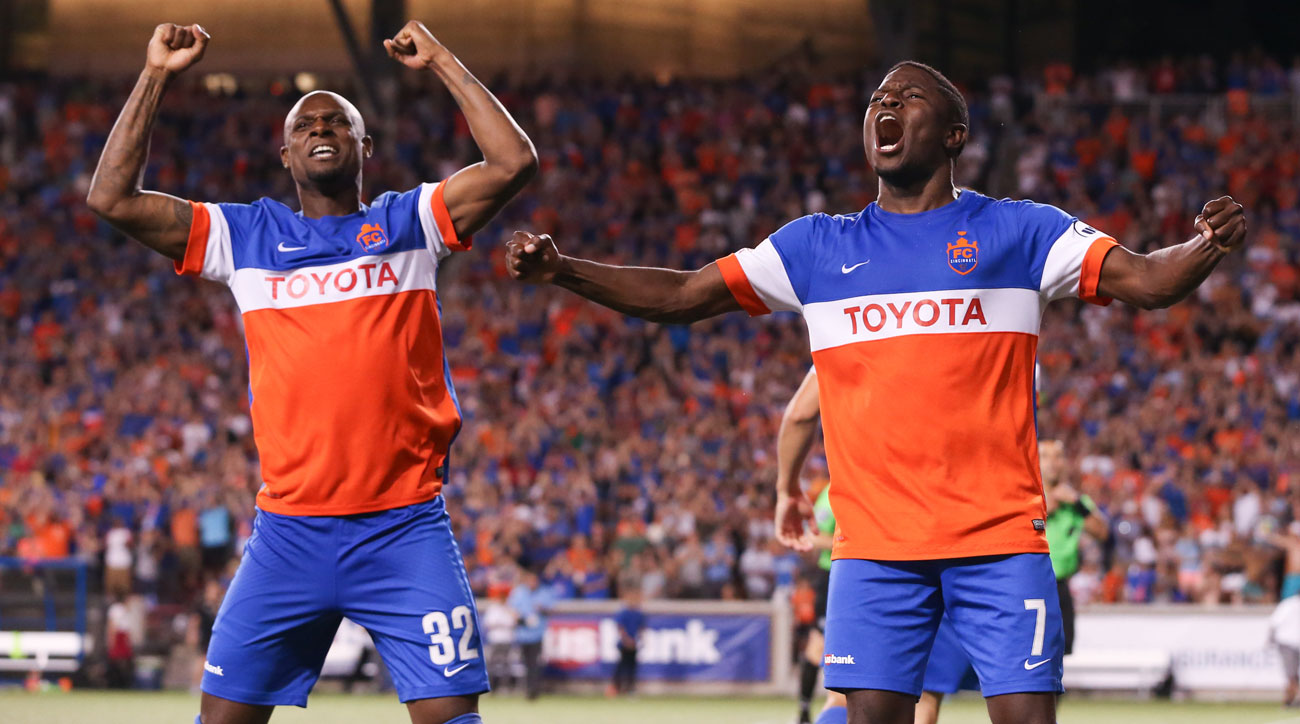 Who They Are: Cincinnati was founded in late 2015 just in time for the 2016 USL season. While the team didn’t win a championship in its inaugural season, it did go to the playoffs. This season, the club lost once again in the postseason, but had an insane run in the Lamar Hunt U.S. Open Cup, defeating two MLS teams before losing to the New York Red Bulls 3-2 in the semi-finals.

Where They Play: The club plays its matches at Nippert Stadium, which is also home to the University of Cincinnati football team, but was recently renovated to accommodate soccer. While the stadium can hold over 35,000 people, FC Cincinnati’s matches are capped at 25,000. The team has six sanctioned supporters’ groups that provide a European-like atmosphere during home matches. Certain supporters’ groups, like Die Innenstadt, represent areas of the city or surrounding area, while other supporters’ groups, such as The Den and The Legion, aim to represent certain demographics like families and college students.

Why They Should Be The Ones: Cincinnati has obtained a large base of support and has had some relative success in its short existence. While Cincinnati has multiple other professional sports franchises, its base of support is overwhelming, proving that the city can handle another professional sports market. If the club eventually does make the leap to MLS, they plan to build a 25,000-plus person stadium based on Bayern Munich’s famous Allianz Arena.

Who They Are: Founded in 2014, Sacramento Republic won the USL in its inaugural season behind magical performances from MVP Rodrigo Lopez and Defender of the Year Nemanja Vukovic. Since then, Sacramento Republic has been a constant presence in the USL playoffs, making a postseason appearance each of the last three years. This season it lost in the conference semifinals against Swope Park Rangers, an affiliate of MLS club Sporting KC.

Where They Play: While the club played its initial home matches at Hughes Stadium, a 20,000-plus person multi-use stadium on the campus of Sacramento City College, it has played the rest of its matches at Papa Murphy’s Park (formerly known as Bonney Field) on the grounds of the Cal Expo. The Tower Bridge Battalion, the club’s independent supporters’ group, gives it a distinct home advantage. Sacramento set USL records for attendance in 2014 and 2015, consistently selling out Papa Murphy’s Park, which holds over 11,000 people.

Why They Should Be The Ones: Should the club make the jump to MLS, a privately financed stadium that holds 20,000 people will be built on the former site of the Sacramento Railyards. Sacramento Republic has a large base of support, with over 10,000 people signing up to potentially receive MLS season tickets. The team may be relatively new, but it already has a rich history that clearly resonates with a city in which the only other top-level professional sports team is the NBA’s Sacramento Kings. 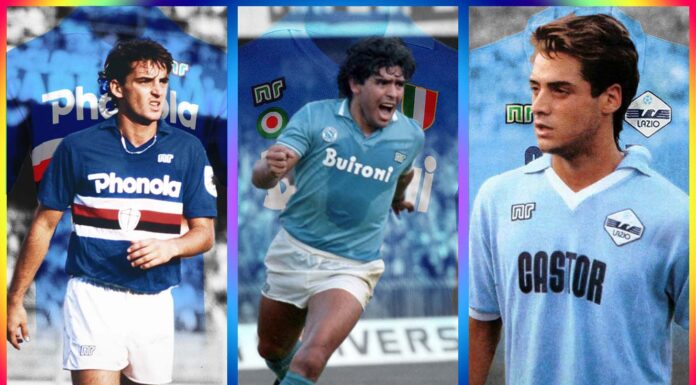