The world’s top street football players will be descending upon Copenhagen, Denmark, on Saturday, May 21, for the Panna House Invitational in what is expected to be one of the most highly competitive contests to date. Hosted by Copenhagen Panna House (CPH), the event will be the first panna tournament with players from four continents. The last time the elite echelon of street ballers got together was in 2014 at the World of Street Football competition in Rotterdam, making the upcoming contest a significant notch for the title winner.

The Panna House Invitational features 1v1 and 3v3 play with 32 participants in the pro division and up to 16 players in the U15 youth division. Cash prizes of 10,000 DKK (approximately 1500 USD) for the winners have added to the event’s hype.

Urban Pitch assessed the playing field and broke down the favorites, contenders, and dark horses. We also secured exclusive interviews from some of the competing ballers on what they’re doing to prep for the fierce contest.

Everyone, as usual, needs to look out for Bencok, Touba, and Jeand Doest. They are the only guys who have won major tournaments in the past and all have the experience to take it home. —Kristoffer Liicht

These three are flat out studs and widely regarded as the favorites to win. Soufiane Bencok won back-to-back European Street Cups in 2013 and 2014 while Ilyas Touba won World of Street Football in 2014. Jeand Doest is the 2013 WSF Champion and takes on any and all challengers. All three have stacks of trophies from major tournaments and are equally respected and feared by nearly everyone in the competition.

I’ve got very fast legs and I do pannas when nobody expects them. That’s what makes me very dangerous. —can Yanar

While these hungry contenders may not quite have the reputation or hardware as the “Big Three,” it would be foolish to underestimate any of these dangerous ballers. Hakim Amrani is lethal, fast, and completely ambidextrous. He recently took third place at the 2015 Belgian Championships. Mourad El Bakkali is also coming off an impressive victory in the Dutch Panna KO. He went on to defeat Touba in the semi-finals and fellow Belgian countryman Thomas Stemgee in the final round to take home the trophy.

Everyone is going to be a threat … —isAIAH ESCOBEDO

Amin Benmoumou is a menacing contender who consistently performs in elite tournaments. He placed third in the 2014 European Street Cup behind Bencok and Touba in a memorable semi-final match and is no doubt looking to get his revenge. A CPH co-founder along with Kristoffer Liicht and Suell the Gypsy, Benmoumou is hoping that the home-court advantage may be just enough to propel him to the top this time around.

I’m not going into this tournament too worried about what my chances are. I’m going with the mindset that I want to turn some heads. —i. ESCOBEDO

These up-and-comers may not be high on people’s radars, but they might just be the sleeper threats to catch a baller off-balance. Isaiah Escobedo was a runner-up in the 2015 American 1v1 Panna, won the 2v2 that same year, and will be competing alongside SISM teammate Michel Gomez, the 2014 American Panna Champ. (Yes, the level of talent is ridiculous). Yusuke Nagai hails from Japan and trains with Shiou, the Japanese prodigy, and Malaysia’s Zeem has moves so quick you’ll get schooled before you can blink.

Here in Denmark panna has boomed and many young talents are showing what they are capable of … —k. LIICHT

The top young guns competing in this year’s invitational hail from the United States, Japan, and the United Kingdom, respectively. Shiou in particular is getting the attention of established pros excited to see the 11-year-old wunderkind climb the ranks and hone his skills. All three will be facing stiff competition from skilled players around the world. The CPH kids are no slouches themselves with August Gade in their crew, the current Danish Youth Champion.

What are you doing to prepare for the tournament?

Isaiah Escobedo: I play in Major League Futsal (MLF) so I have been keeping my fitness high and touch sharp. Since there aren’t really any other panna players in the area I have been challenging my kids to 1v1 panna matches with me every session.

Can Yanar: Usually I am training 90 percent freestyle every day, but in the last months I focused more on panna to look good in the tournament.

What special quality or skill do you bring to the table?

Isaiah Escobedo: The tempo of my footwork and skills are going to play a major factor for me. My fitness is high, my defense is in your face at all times and I have a lot of experience with the ball.

Can Yanar: I’ve got very fast legs and I do pannas when nobody expects them. That’s what makes me very dangerous.

Zeem Ahmad: I don’t even know what my specialty is but I’ll just keep it street.

Which players are the most dangerous to look out for?

Kristoffer Liicht: I think first of all that everyone, as usual, needs to look out for Bencok, Touba, and Jeand Doest. They are the only guys who have won major tournaments in the past and all have the experience to take it home. I think [Isaiah Escobedo] is my dark horse bet. He is so sick, and if any player in there goes into the ring underestimating him, they will lose.

Yosuke: All players because Japan doesn’t have a lot of competition.

Isaiah: Everyone is going to be a threat, so I’m just focusing on my game and how I perform. Left footers are also very, very dangerous.

Zeem: Thomas Stemgee from Belgium because he always make people move with his feints. Even when I see his videos I get fooled!

Isaiah: I’m not going into this tournament too worried about what my chances are. I’m going with the mindset that I want to turn some heads. I want to represent American street soccer proudly and just soak up the whole experience. Learn some new skills, make some new friends, and bring home more street soccer knowledge and culture to share.

Can: I am very happy about how I’ve developed my skills in the last few years and my goal is to show my style and give some pannas.

Zeem: I feel it will be a bit hard because there are a lot of amazing panna players from all over the world. My goal for this event is to show the world that Malaysia also has talented street players. I hope when I get back, Malaysian street players will get hyped about panna battles and train hard for the next event.

Which U15 youth player are you pumped about?

Kristoffer: Here in Denmark panna has boomed and many young talents are showing what they are capable of! Watch out for players like Gade, Noah, and Little Amin.

Yosuke: Shiou, because we always practice together.

Isaiah: I am excited to see my younger SISM teammate Boston Fitz compete in the youth tournament. I am rooting for America all the way! What us Americans pick up from the  tournament will be shared with the rest of the American soccer community.

Can: I met Shiou last year in Belgium. His skills are just breathtaking.

Zeem: The player that I’m pumped about is Shiou from Japan because he can do groundmove combos for a long time. That little kid’s got a bright future! 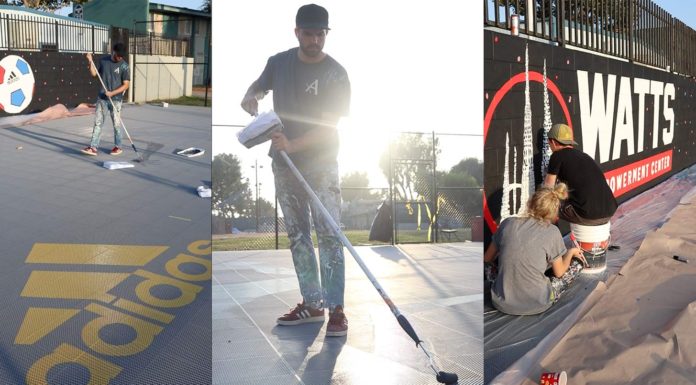