Though we’re not even one month in to 2018, we’ve already seen an insane amount of boot releases. With so many drops, we can’t blame you for getting lost in it all. Thankfully, we have assembled the best of the best, so you can stay fresh both on the pitch and off it.

A footballer’s boots are one of his or her most prized possessions. The only thing separating the grass/turf/pavement from the baller, a good pair of boots are not only a fashion statement, but they can also take your game to the next level.

Whether you’re a boothead or a die-hard baller, it’s always good to keep up with the latest releases, because you never know when you’re going to need that next pair. We’ve made the search for the perfect boot a little easier for you, as we’ve compiled some of the best recent and upcoming releases from the world’s best brands.

The latest pack set to drop from the Three Stripes, the “Cold Blooded” line features a striking red-dominant theme, as most evident in the Nemeziz model. While the pack has been announced, the only boot that has released so far is the Copa 18.1, which serves as the newest installment in the hallowed Copa line. The Predator, Nemeziz, and X models are set to release on Feb. 1. 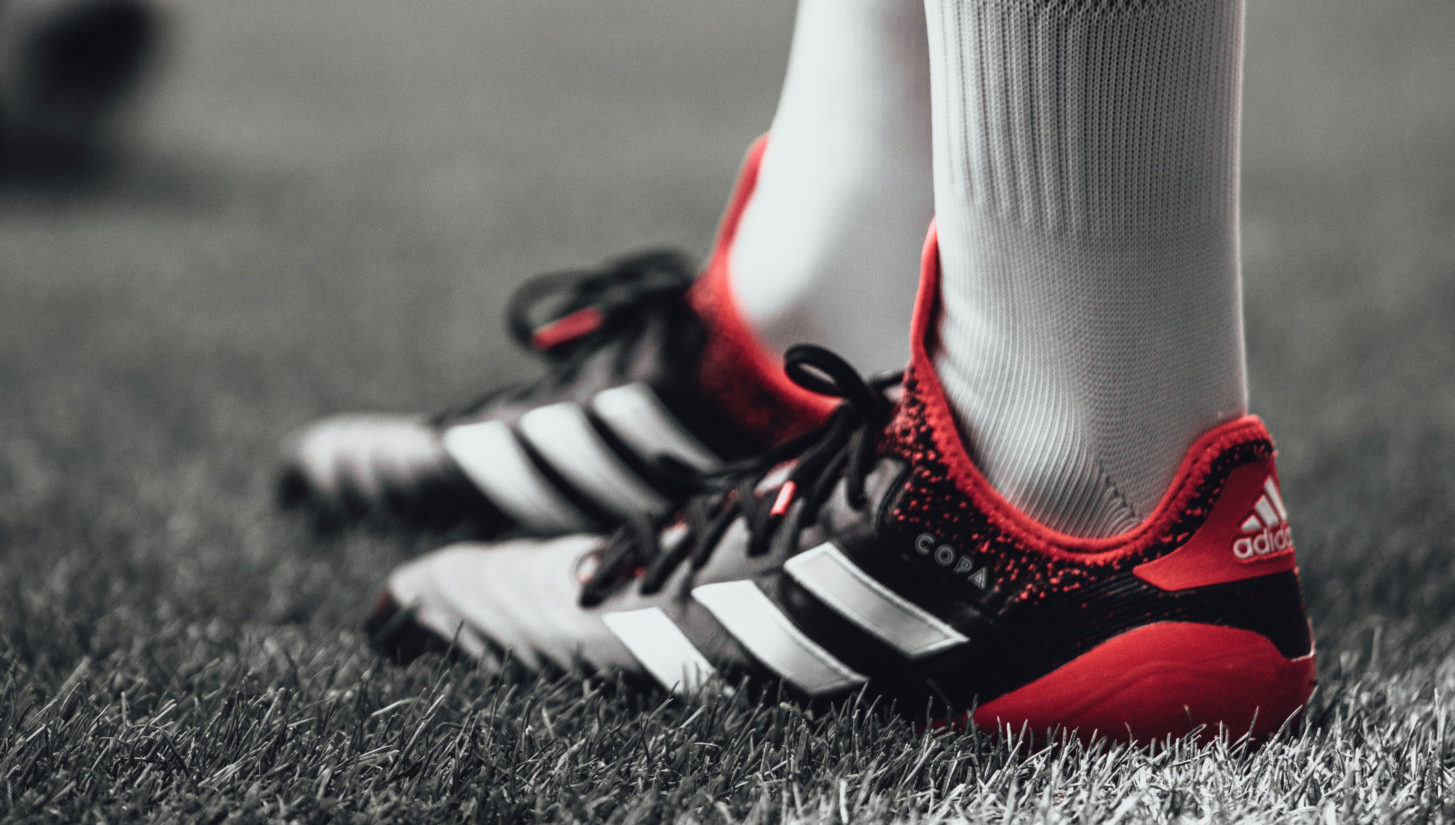 The new Copa is visually similar to last year’s 17 model, but it is lighter, due to a knit heel and tongue and leather-embossed vamp. Like the rest of the models in the pack, the Copa 18.1 is available in stadium, street, and cage editions. 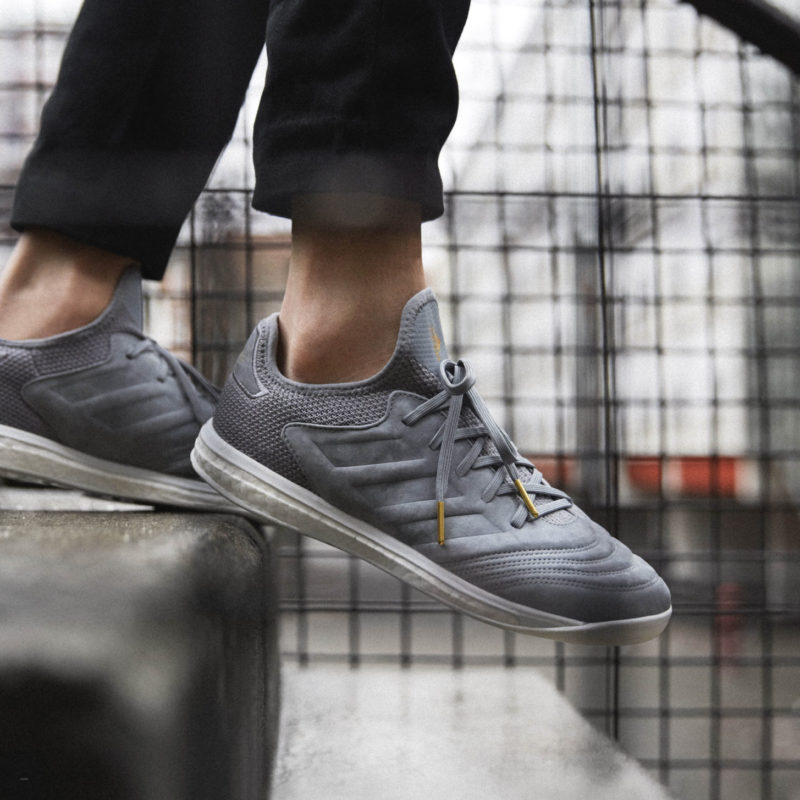 Based on an all-time classic and Adidas’ longest-running boot, the Copa 18+ TR Premium is an off-pitch shoe that still aligns with any baller’s identity. The Primeknit upper paired with a full-length boost midsole makes for an insanely comfortable ride whether you’re hitting the town for a night out or chilling out after an intense match.

Yet another lifestyle shoe inspired by the iconic Copa, the Copa Super features a more throwback aesthetic than the Copa 18+ TR. Available in eight colors, these kicks are sure to fit any baller’s style and at $75, they won’t break the bank either. 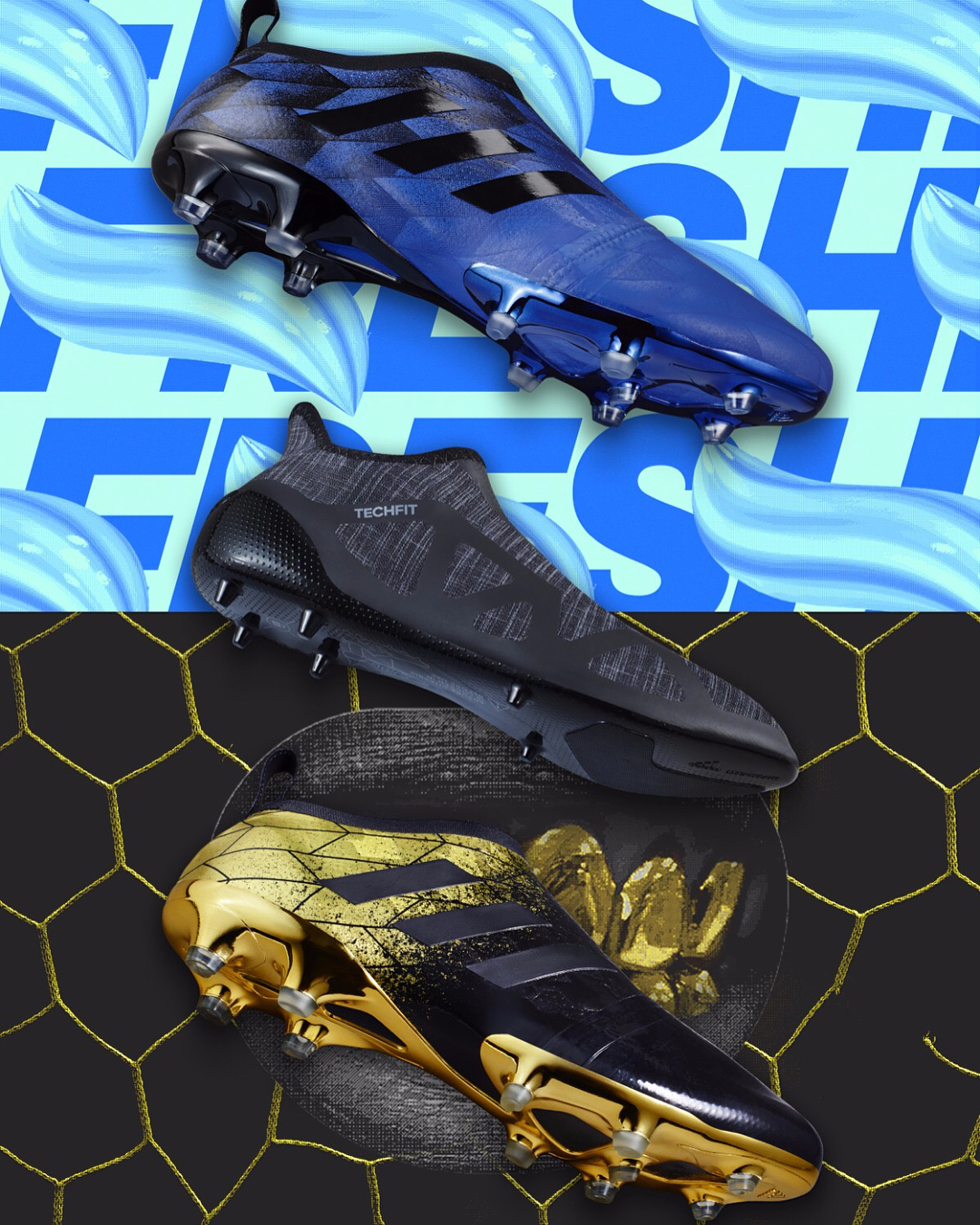 Introduced just over a year ago, the Adidas Glitch has been surrounded by underground hype due to its invite-only exclusivity. Available for purchase only to those with a code, these coveted two-piece customizable boots received an upgrade with the introduction of the Moments skins earlier this week. The bold colorways are sure to stand out on the pitch, although they are only available in the UK, France, and Germany.

Celebrating one of the best to ever do it, Nike’s 10R City Collection celebrates the early career of the one and only Ronaldinho, who recently announced his retirement from professional football. In a nod to the two cities that had an impact on Ronaldinho’s first few years as a pro, Nike unveiled a Porto Alegre (Ronaldinho’s hometown) and Paris (the first city he lived in after Porto Alegre) edition of the Tiempo LegendX, complete with design elements that serve as a nod to the Gaucho himself.

In addition to an embroidered 10R on the toe box, the shoes feature Ronaldinho’s trademark shaka on the sockliner and a printing of “I play with music in my head” in the language of each boot’s respective city inside the tongue. 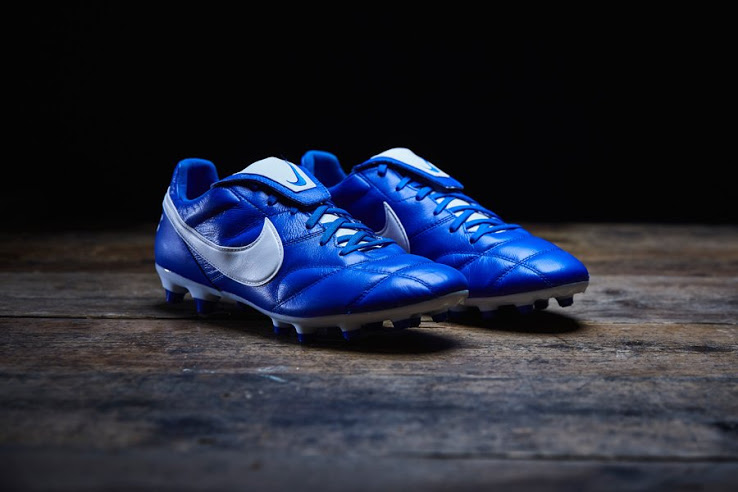 With a classic design and premium materials, the Nike Premier II is pure class. The royal blue colorway adds some spice to its traditional makeup, and there’s nothing that really beats the fit and touch that leather can give you on a boot. 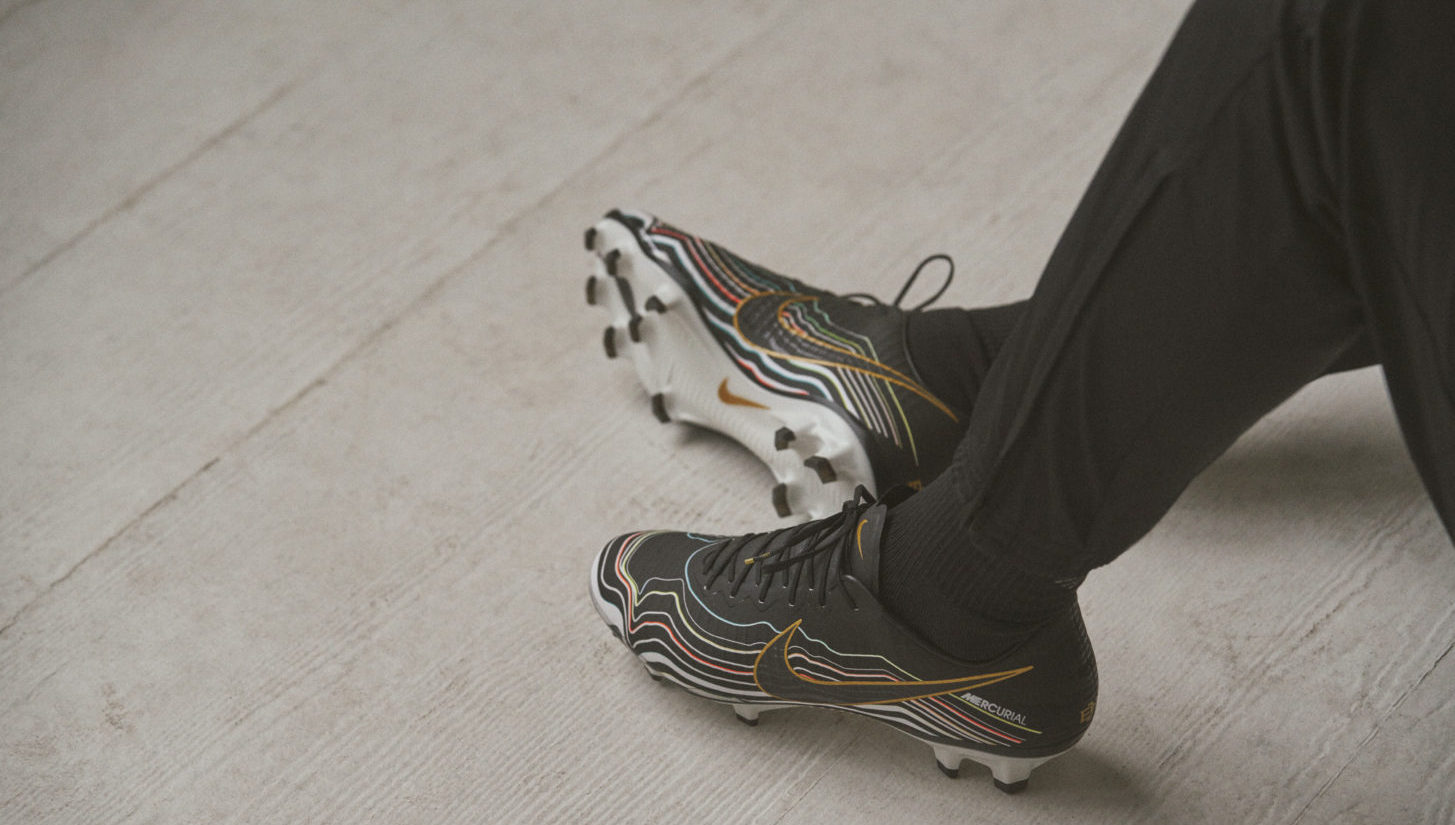 Released as part of Nike’s EQUALITY Black History Month collection, these Mercurials celebrate the uniting power of sports and its ability to reach audiences around the world. Worn by Danny Alves and Kevin Prince-Boateng, the special-edition boots retail at $300. 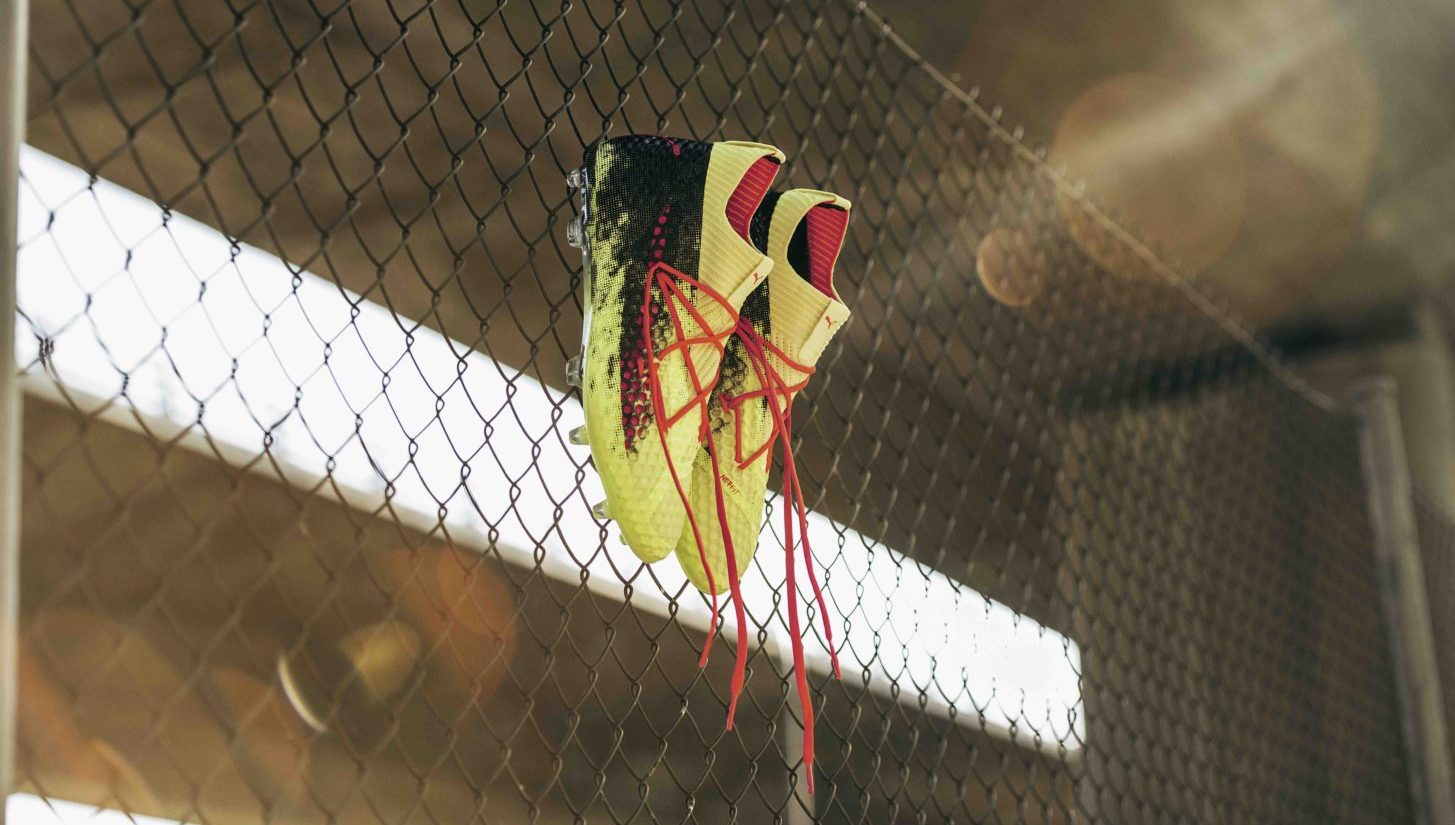 Equipped with NETFIT technology, the Puma FUTURE 18 is the only boot that has a custom lacing system that offers the wearer a perfect fit. While the model itself was unveiled in November 2017, the FUTURE kicks off 2018 in a new colorway that features loud yellows and blacks with pink accents — because a boot this disruptive shouldn’t try to fit in. 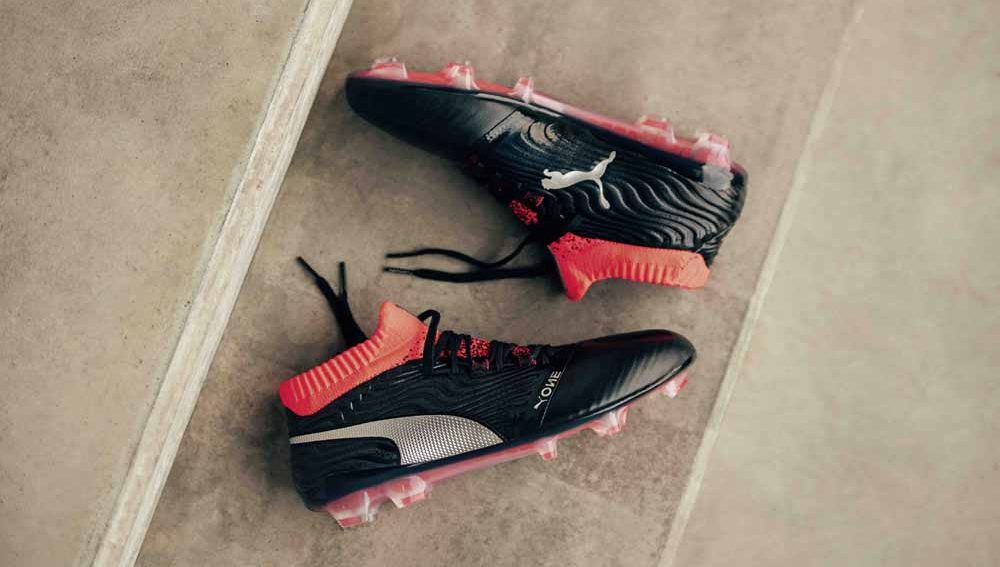 One of our favorite boots from 2017, the Puma ONE gets updated in 2018 with new technology including added heel padding improving fit, lighter weight improving speed, and an iridescent logo that puts the cherry on top of a truly beautiful boot. Set to be worn by stars like Sergio Aguero and Mario Balotelli, the Puma ONE is fit for any baller looking to make a statement on the pitch. 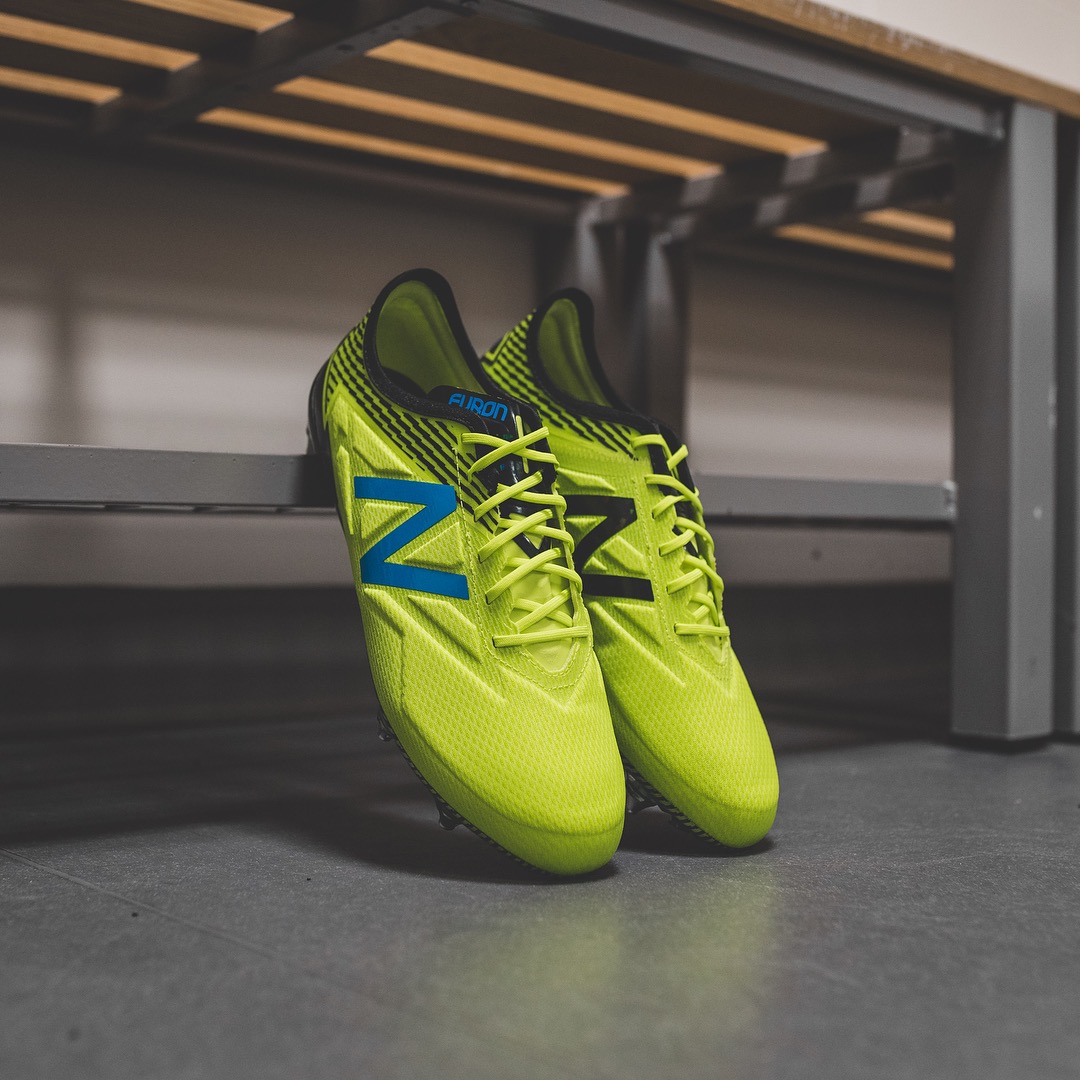 Not to be outdone by brands with a longer history in football boots, New Balance’s Furon 3.0 starts the year off with a striking neon yellow and electric blue colorway. With an extremely lightweight construction and mesh upper, you’ll leave your opponents in the dust with these on your feet. 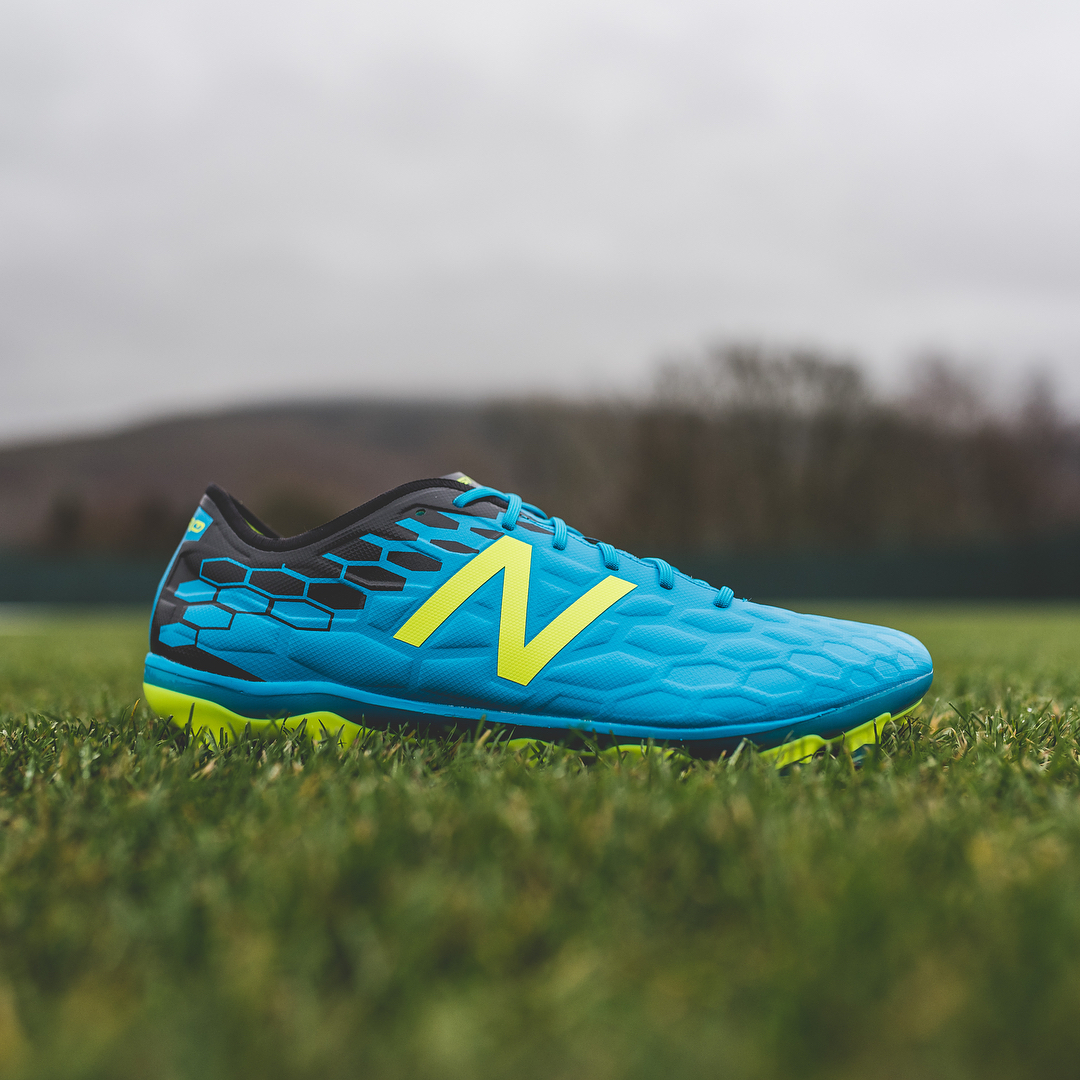 Whereas the Furon is designed to leave the defense in the dust, the Visaro is built for those that dictate the pace of the game. With the same colorway yet reversed from the Furon, the Visaro provides an elite combination of control, power, and speed. The boots also feature New Balance’s Fresh Foam technology, adding unmatched comfort. 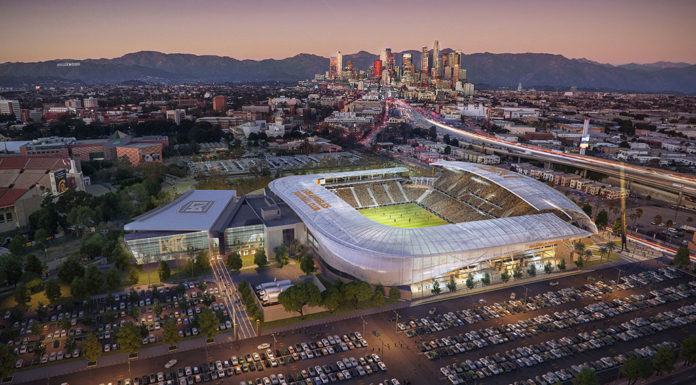