Turning 70 years old in 2020, the Samba is the longest running adidas shoe in existence. With roots in football, the sneaker has transcended the beautiful game thanks to its classic styling and cultural importance over the years. We trace back the adidas Samba history from its origins in 1950 to its latest adaptations seven decades later.

Every great brand has a handful of classic designs that it will forever be associated with. For adidas, you have the Superstar and Stan Smith, but perhaps most important of all is the Samba. Today it’s a staple of lifestyle wear especially in casual culture, but we all know the sneaker has technical roots within the beautiful game.

Yet, many believe that the adidas Samba football history starts and stops with it being an indoor shoe, when in reality its origins are much icier in nature.

Designed in the late 1940s by adidas founder and namesake Adi Dassler, the first Samba was crafted for use specifically to provide traction on frozen grounds. Seventy years later, it remains as popular as ever.

Prior to the Samba’s existence in the early-mid 20th century, players found it difficult to play on icy pitches, as the standardized boots of that era lacked the edge to firmly grip playing surfaces. As such, this moved adidas to develop a sporting item that would aid playing and training on frozen grounds effectively. adidas crafted a boot made up of a Kangaroo leather upper and placed it on an innovative and unprecedented gum outsole which perfectly offered ground traction. Thus the Samba was born.

The 1950 FIFA World Cup in Brazil was on the horizon, and the calendar for the global showpiece was slated for three weeks from late June to mid-July. adidas wanted to unveil their revolutionary boot on the world’s biggest stage, but there was a bit of a problem.

The Samba was initially designed to be used in harsh European winters, and even though June and July are the peak of winter in Brazil, Rio de Janeiro isn’t particularly known for its frigid climate.

adidas knew that the World Cup was a perfect opportunity to get their new shoe on the map, and they had to make it a must-have for the players headed to Brazil. As footballer endorsements weren’t nearly where they’re at today, they were forced to come up with a marketing strategy that was just as innovative as the shoe itself.

They decided to name the shoe the Samba, after an indigenous Brazilian dance and music genre. Aligning the name of the shoe with Brazilian culture made it seem as if players needed to use it at the games. It worked — and the adidas Samba would go down in history as one of the most iconic shoes of all time.

The Samba quickly crossed over from being used only on frozen grounds to other sporting disciplines and activities. By the early ’70s, 5-a-side futsal started gaining traction in Europe and the Samba became the boot of choice due to its traction on hard surfaces. The burgeoning popularity of the sport in Europe also grew with the Samba. In fact, the Samba was one of the only futsal boots on the market for quite a while, until rival brands like Nike and PUMA got in on the mix in the late ’90s.

It was also in the ’90s where the Samba was becoming popular among skateboarders. For a very long time it was a common skating accoutrement until adidas decided to craft a Samba-inspired skate-specific sneaker, the Busenitz, in 2006.

In Africa, until recent times when boots with studs and blades became common, it was hugely popular among amateur footballers and those who played lower-tier football. It was a perfect item for the hard and sandy pitches they played on. Studs were highly discouraged not only because one could easily hurt an opponent during play, but more importantly, metal studs were known to cause waist and knee deformities if continuously used on hard surfaces. As such, flats were highly preferred, and the Samba was a real favorite.

As expected with a sneaker in production for 70 years, the adidas Samba has undergone several changes in its history. The models developed in the ’70s and ’80s offered a lifestyle appeal that particularly resonated with a rising wave of British youths of the time.

Clad in argyle sweaters, polos, and the ubiquitous Samba, “casuals” were a mainstay of football terraces throughout the era, and they breathed a new life into the already popular shoe. Today’s Samba addicts owe casuals a huge gratitude as they played a key role in making it a timeless classic.

The Samba is still in evolution today, and a side-by-side comparison of the current model with the original one in 1950 shows just how far it has come.

Currently, adidas offers four models of the Samba. The OG and the Classic, which have similar builds with a few different tweaks, the Super, which takes influence from the casual classics from the ’70s and ’80s, and the Sambarose, a women’s model with an elevated platform outsole. 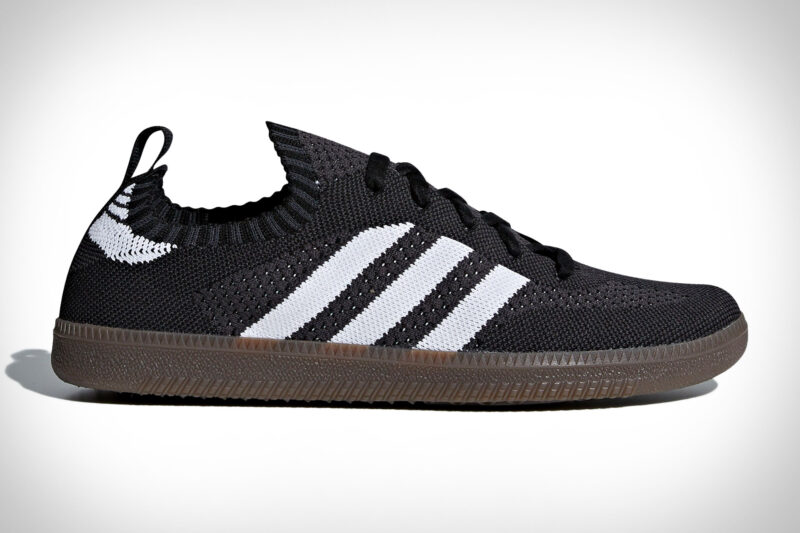 In 2014, adidas released the world’s first knitted football boot, the Samba Primeknit. While it may not bear resemblance to the Samba, its revolutionary technology makes it a worthy bearer of the name. The Three Stripes also gave the Primeknit treatment to the indoor model, providing a sock-like futuristic twist on a classic.

You can’t talk about sneaker culture in the world, especially in Europe, without mentioning the Samba. From its cultural impact to its sheer resilience, the Samba is arguably the most significant sneaker of all time. 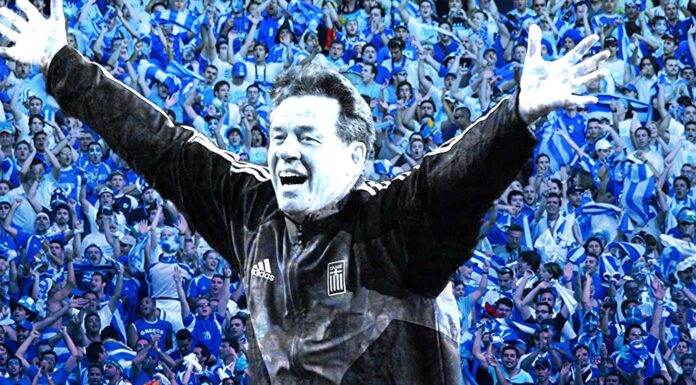