If there’s one thing Wing’s designs evoke, it’s the passion and devotion Argentina has for football. The original Wing creations weren’t just meant to make a statement — they bridge the gap between Argentine folklore identity and football’s casual culture, ensuring they’re telling the right stories. 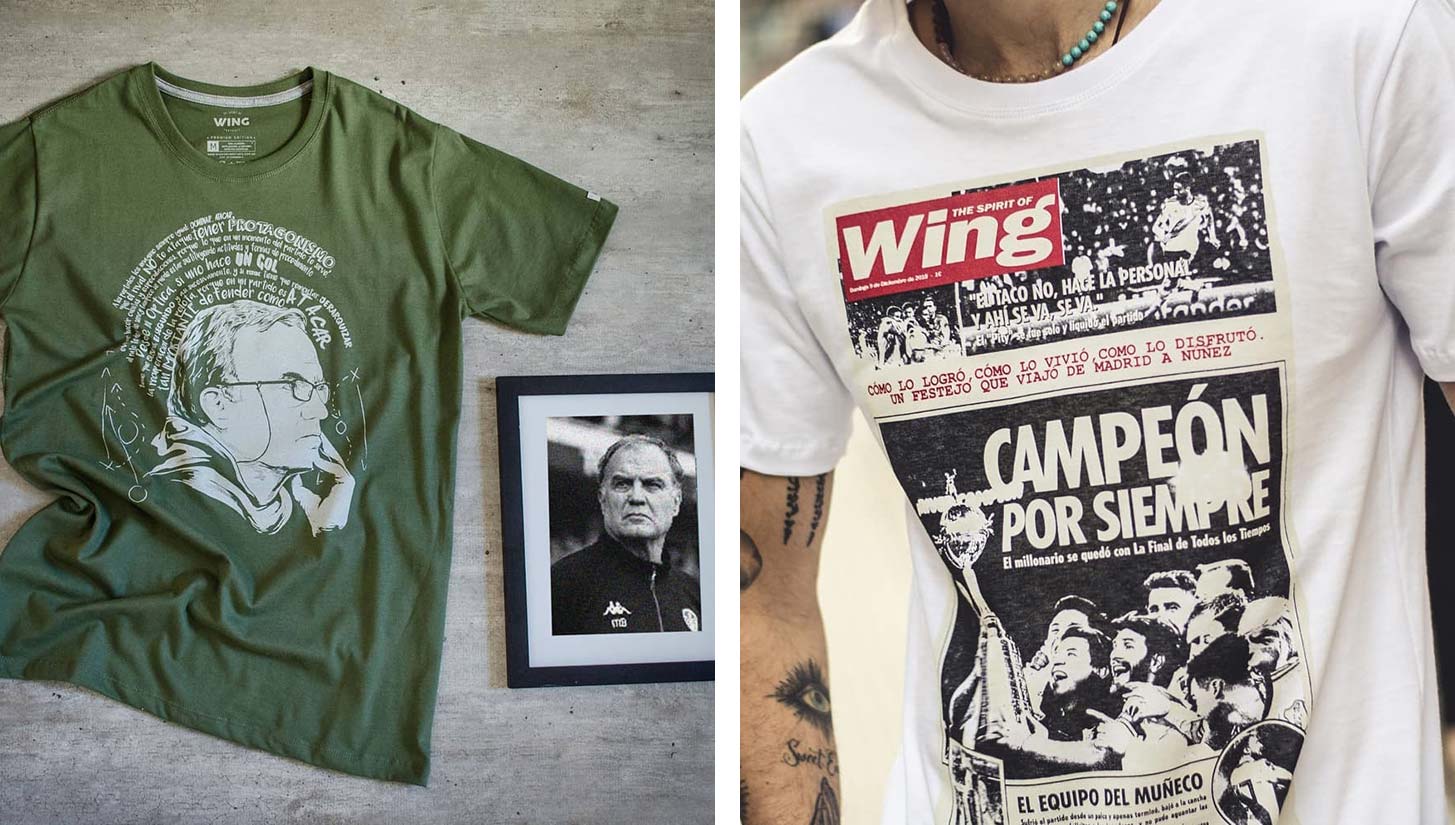 While the fashion industry has jumped onto using football references and fan culture in recent years, the city of Buenos Aires has long been a prime source of football stories and myths. Argentina positions its football culture at the very first stage of Maslow’s hierarchy of human needs. As a result, innovative waves of local talent are now claiming international attention. “Designed in Buenos Aires, manufactured in Argentina.” That’s Wing’s mantra, and the brand’s mission is to represent the spirit of the beautiful game.

Involved with Wing since his university days, Nacho Spagnolo is a jack-of-all-trades for the brand, handling everything from photography, design, and community management.

“I was surprised by some European brands taking football influences into fashion, creating trendy designs for daily life,” Spagnolo said. “Something you can wear on the street, at the university, in a bar with your friends — and at the stadium, of course! Buenos Aires is a magical city. What I tried to capture from the outset was the spark of Argentina’s passion for football.” 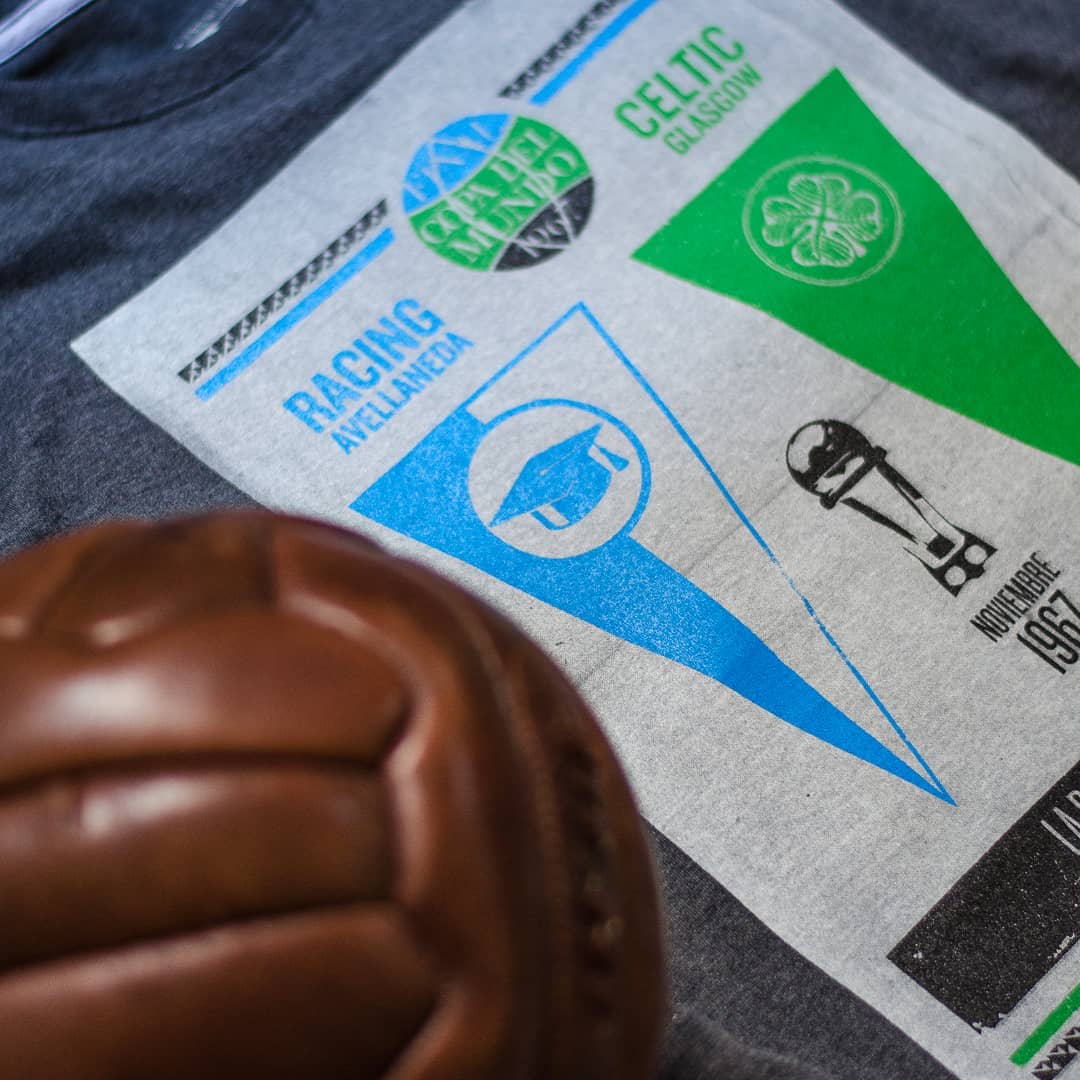 With exciting and disruptive designs celebrated among Argentinian fans, Wing explores the history behind the most significant clubs and enhances their identity. Inspired by Argentinian legends, iconic games, and world-famous stadiums, each collection is uniquely modern. Most notable are their “Idols” and “Fútbol Local” collections, which we can call the flagship of Buenos Aires casual football fashion.

The latter collection in particular truly captures the spirit of football in Argentina. It highlights some of the biggest Copa Intercontinental wins in the country’s history — Boca Juniors over Real Madrid’s “Galácticos,” the humble Vélez Sarsfield conquering the mighty AC Milan, River Plate’s red band defeating Steaua Bucarest, Independiente ascending to the world’s throne over Liverpool FC, and of course, the very first Argentine world champion in Racing Club, who beat Celtic FC in 1967’s “Battle of Montevideo.” 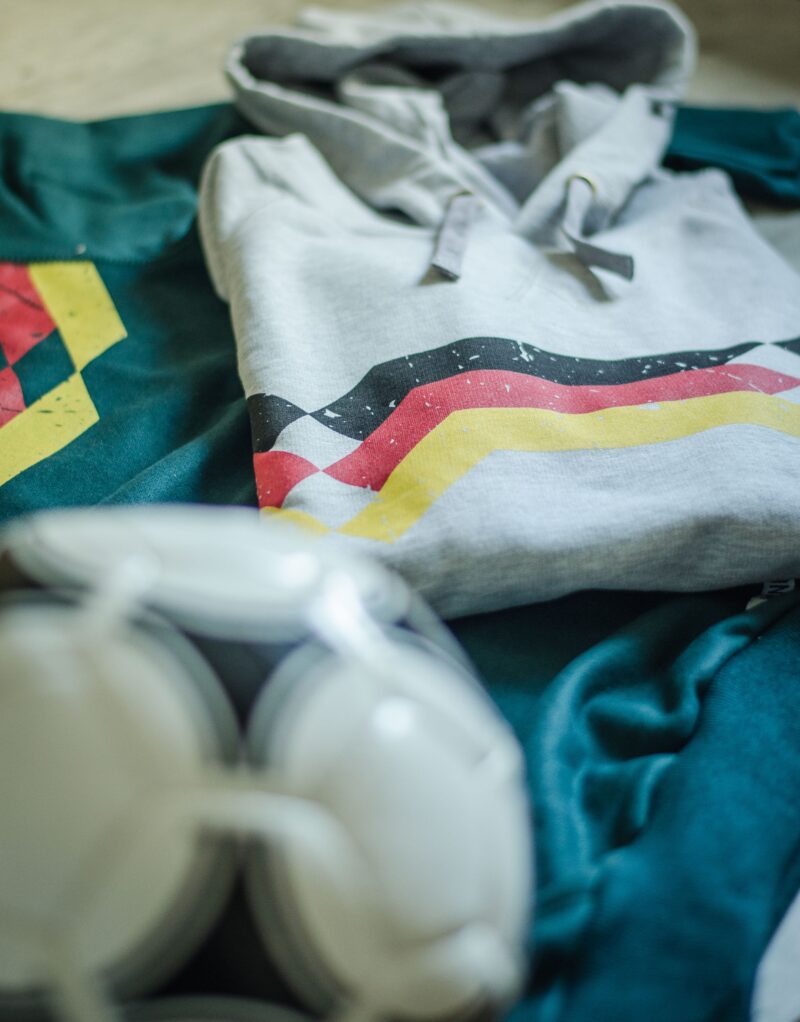 Wing’s designs also cover international football as well. Their “Buzos” collection of hoodies takes some of the most iconic and recognizable national team kits and makes them a bit cozier. What’s evident in all of their lines is the attention to detail and overall quality, which the brand consciously strives for.

“The quality of the material and the designs represent the vision we have of ‘The Spirit of Football’ and our dedication to our audience and Argentina,” Spagnolo said. “We want to take Wing to the next step in terms of design and clothing quality and introduce new aspects of football clothing culture in Argentina.” 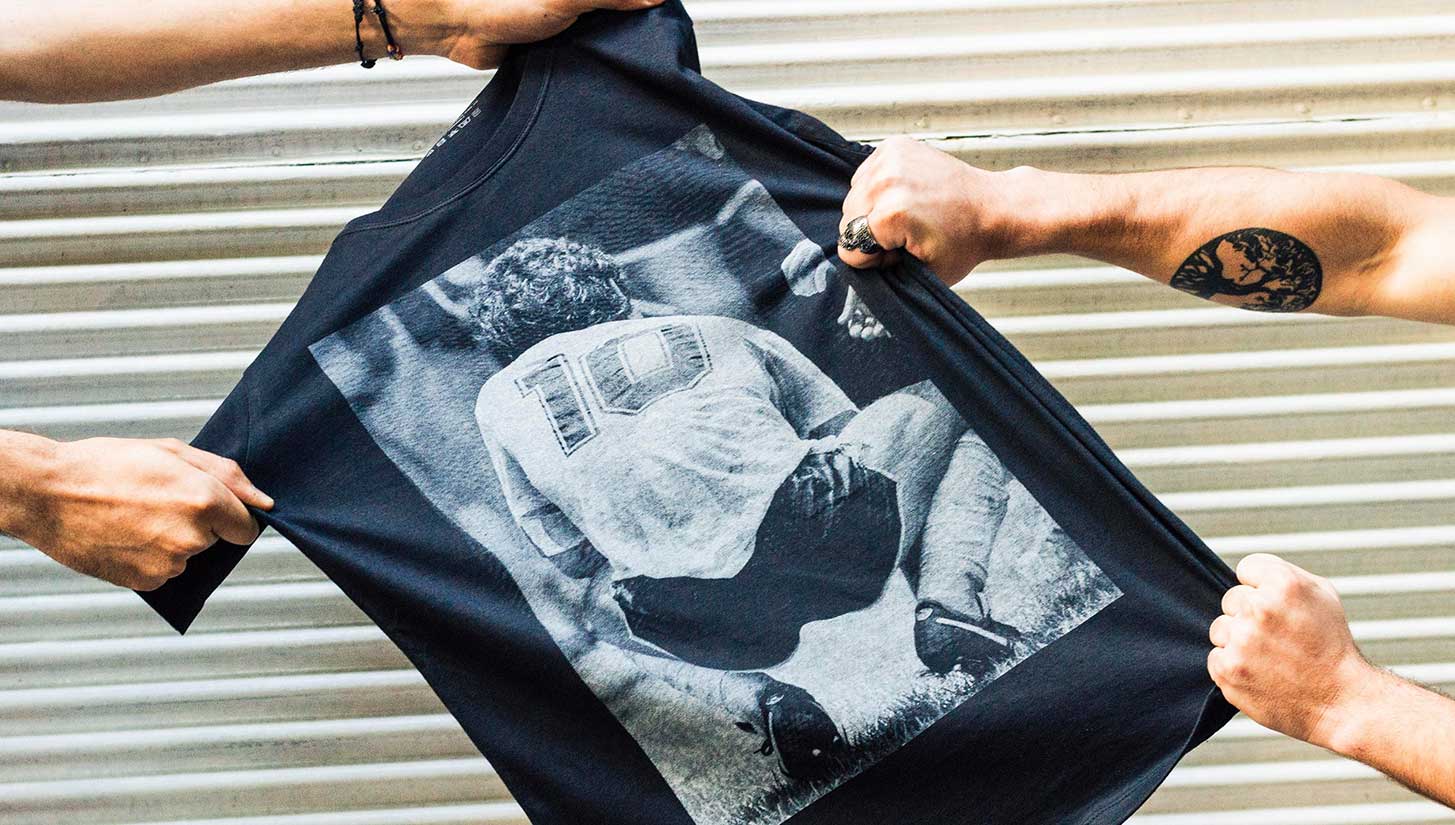 Of course, you can’t talk Argentine football without mentioning Diego Armando Maradona, the country’s main character. Ask any Argentinian, the first thing they hear when mentioning their homeland in a foreign country usually goes something like, “Ahh! Diego Maradona!”

Naturally, Wing has an entire collection dedicated to the football deity, complete with streetwear and accessories that blur the line between the game and religion. The iconic number 10, some World Cup eternal memories with the Albiceleste, and obviously, the “Hand of God.” Just a reminder — God, Messiahs, and the Pope are Argentinian. 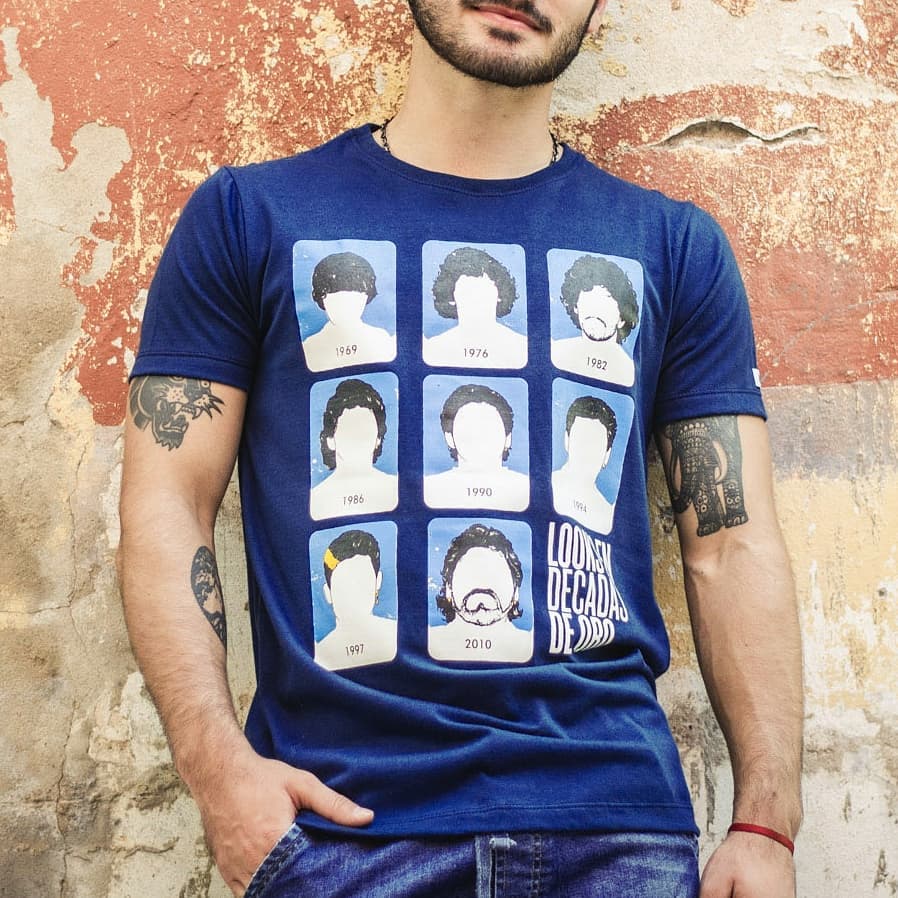 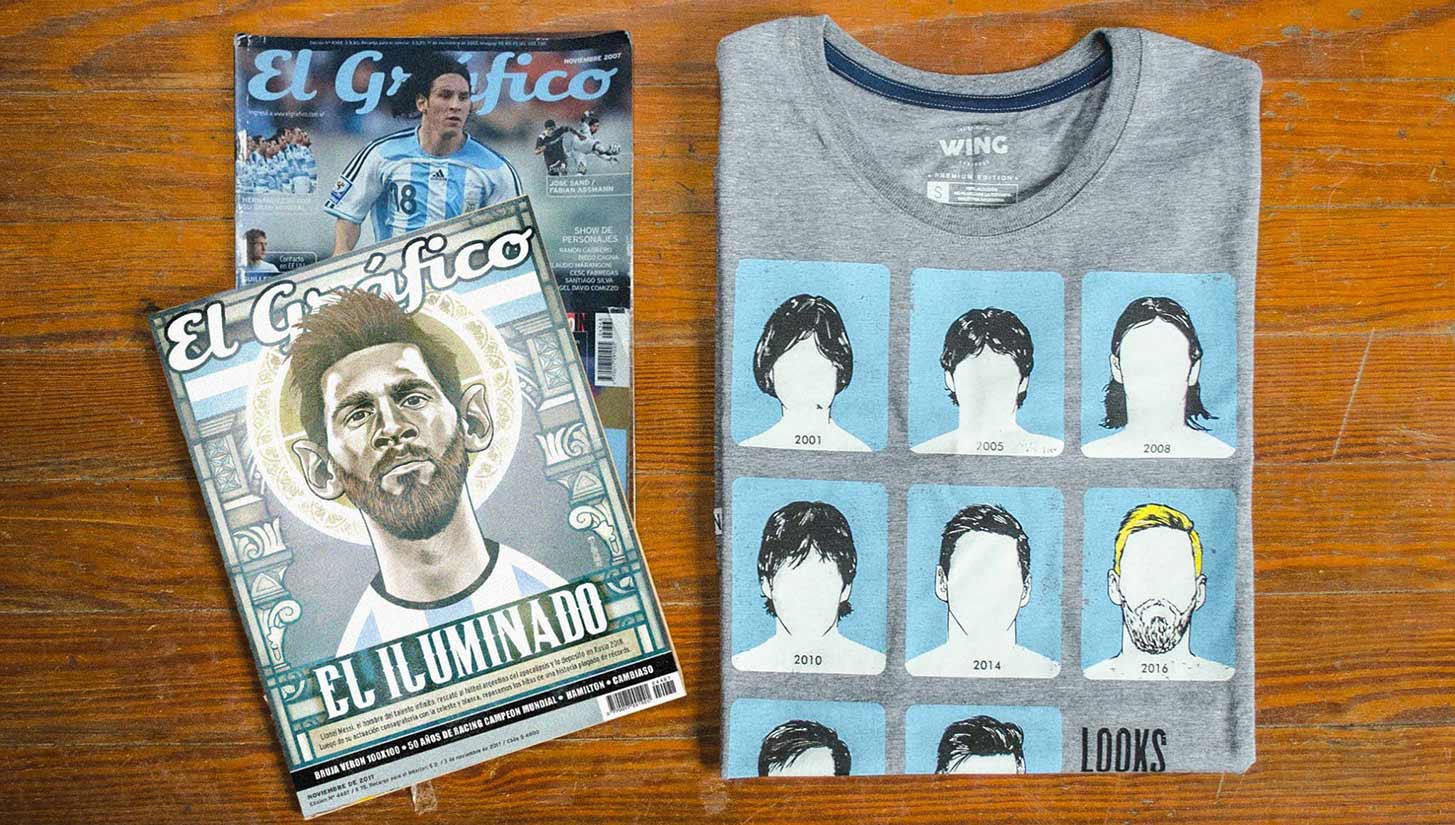 Wing released the “Hero” series, scenes representing significant moments of Argentine stars. Lionel Messi’s goal celebration against Real Madrid, the aforementioned world-famous Hand of God, and some Juan Román Riquelme nutmegs. Additionally, you can’t miss the brilliant “Looks of a Decade” series featuring the different hairstyles (and beards) of Messi and Maradona through the years. Wing talks directly to the football fans that organize their life memories over the various World Cups.

Nevertheless, the whole country breathes football in every corner, so international legends have their place in Wing as well. Johan Cruyff, Eric Cantona, Ronaldo ‘O Fenomeno’, and Zinedine Zidane merge into the Buenos Aires streetwear steeped in cultural history. External football influences accepted by the Argentinians as their own — they grew up watching those heroes on TV. 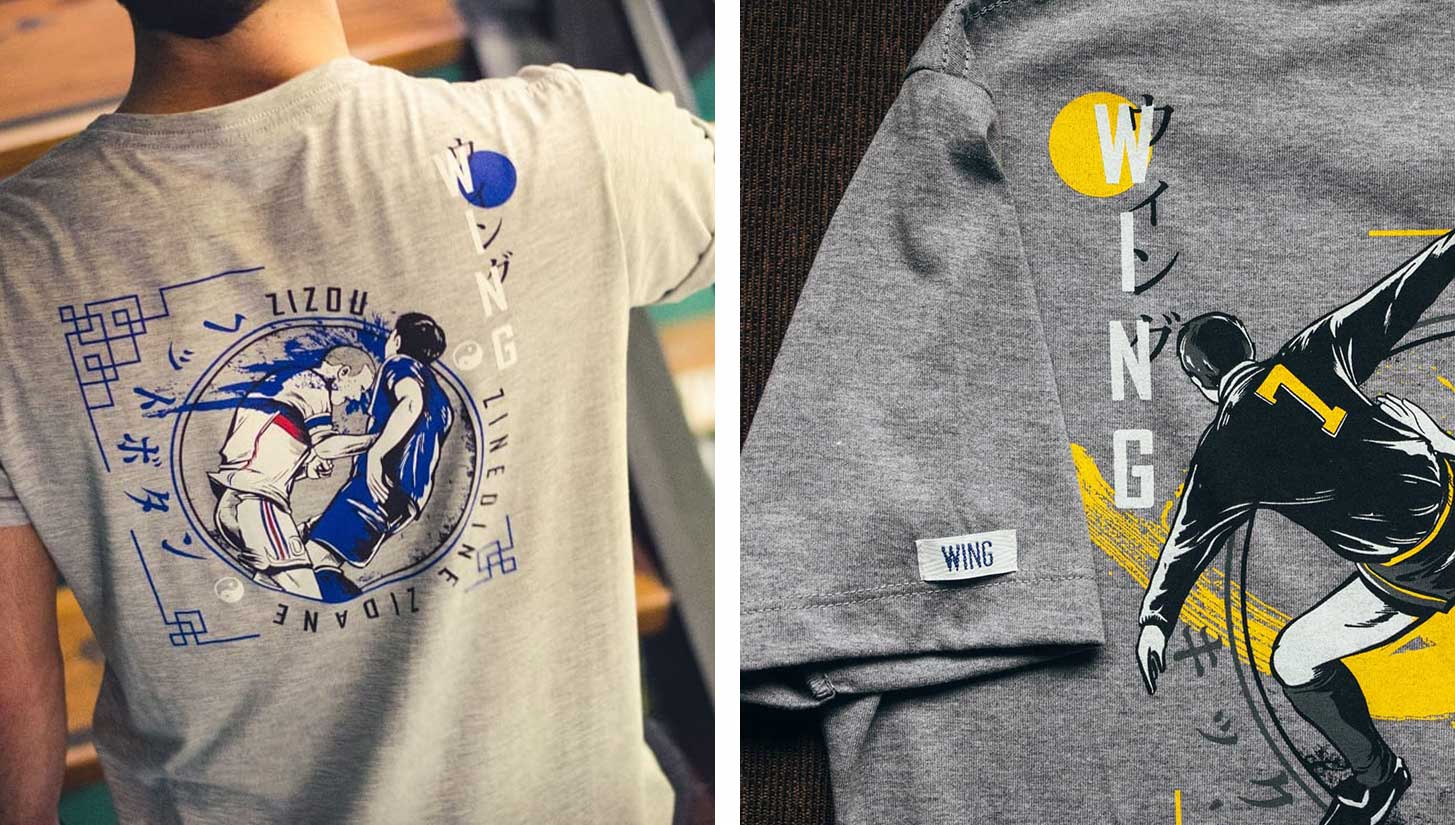 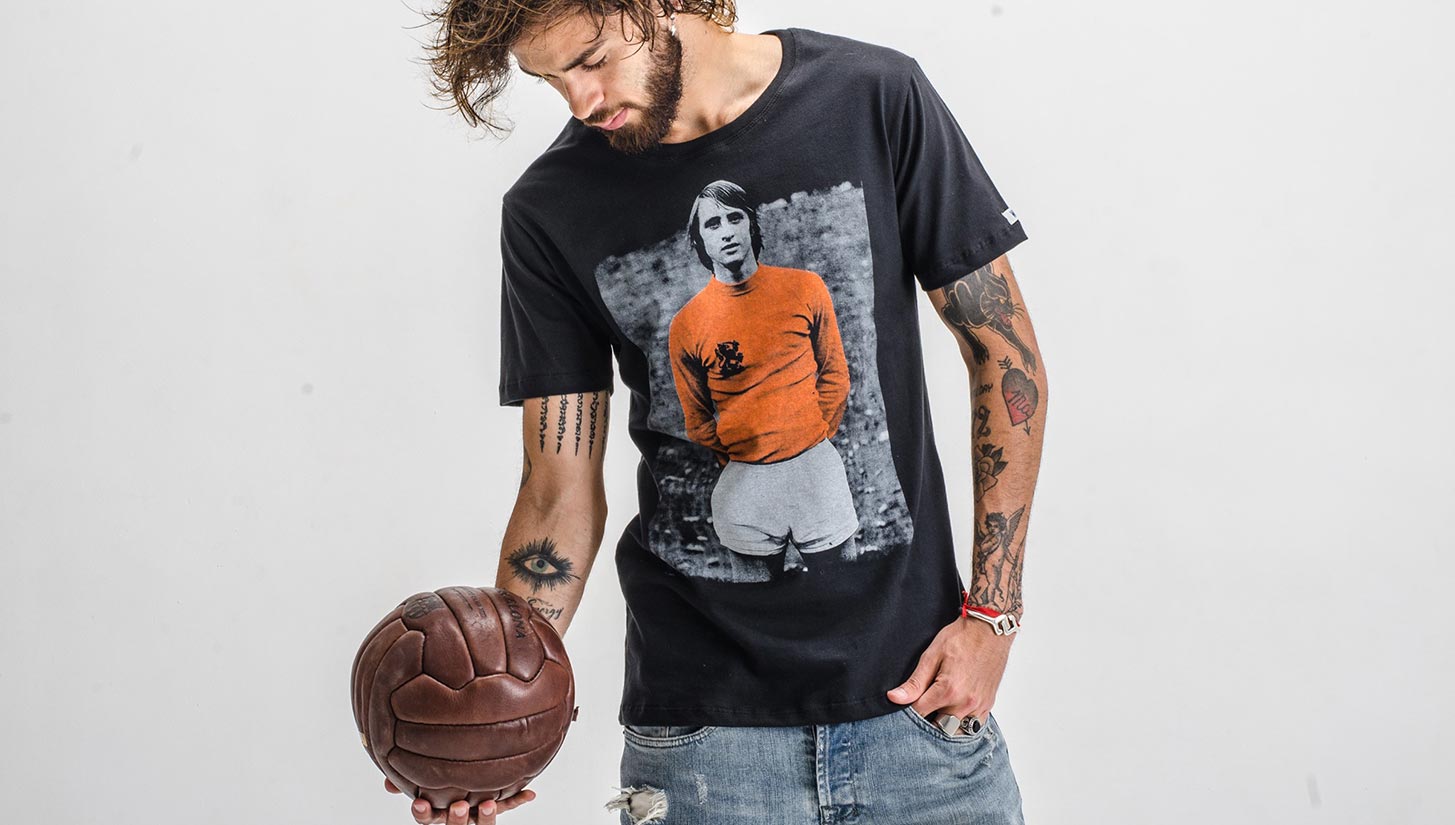 Popularly recognized as the ‘The Spirit of Football’ brand by fans in Buenos Aires, Wing has clearly positioned itself beyond the hysteria of fanaticism that Argentinian fans adopt on social media. Probably, this has been the most challenging stage in brand building. As you can imagine, becoming a national brand that strictly loves football over specific colors or badges in a country so passionate about their particular club can be a bit difficult.

It’s time to talk about football clothing that is displayed daily in the streets — whether it’s at the studio you work at, on your way home in the Subte (Buenos Aires’ metro), or any traditional Sunday family lunch. Basically, Wing offers something you can wear without your grandma getting embarrassed, wondering whether football is more important than family when arriving in your Independiente or San Lorenzo official jersey.

The passion is the same, but the philosophy changes. “A brand that makes football cultural, the casual part of our passion.”

Shop the entire Wing collection via their online store. 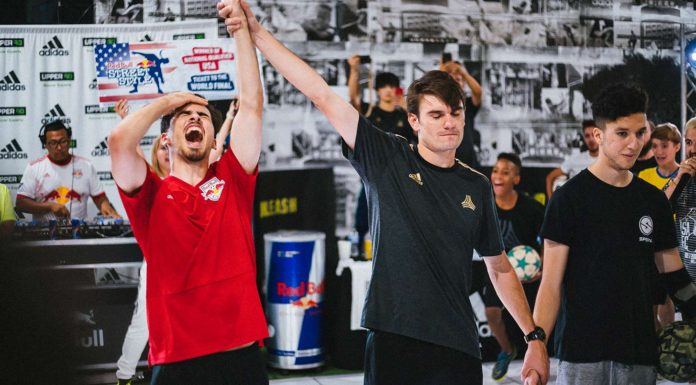